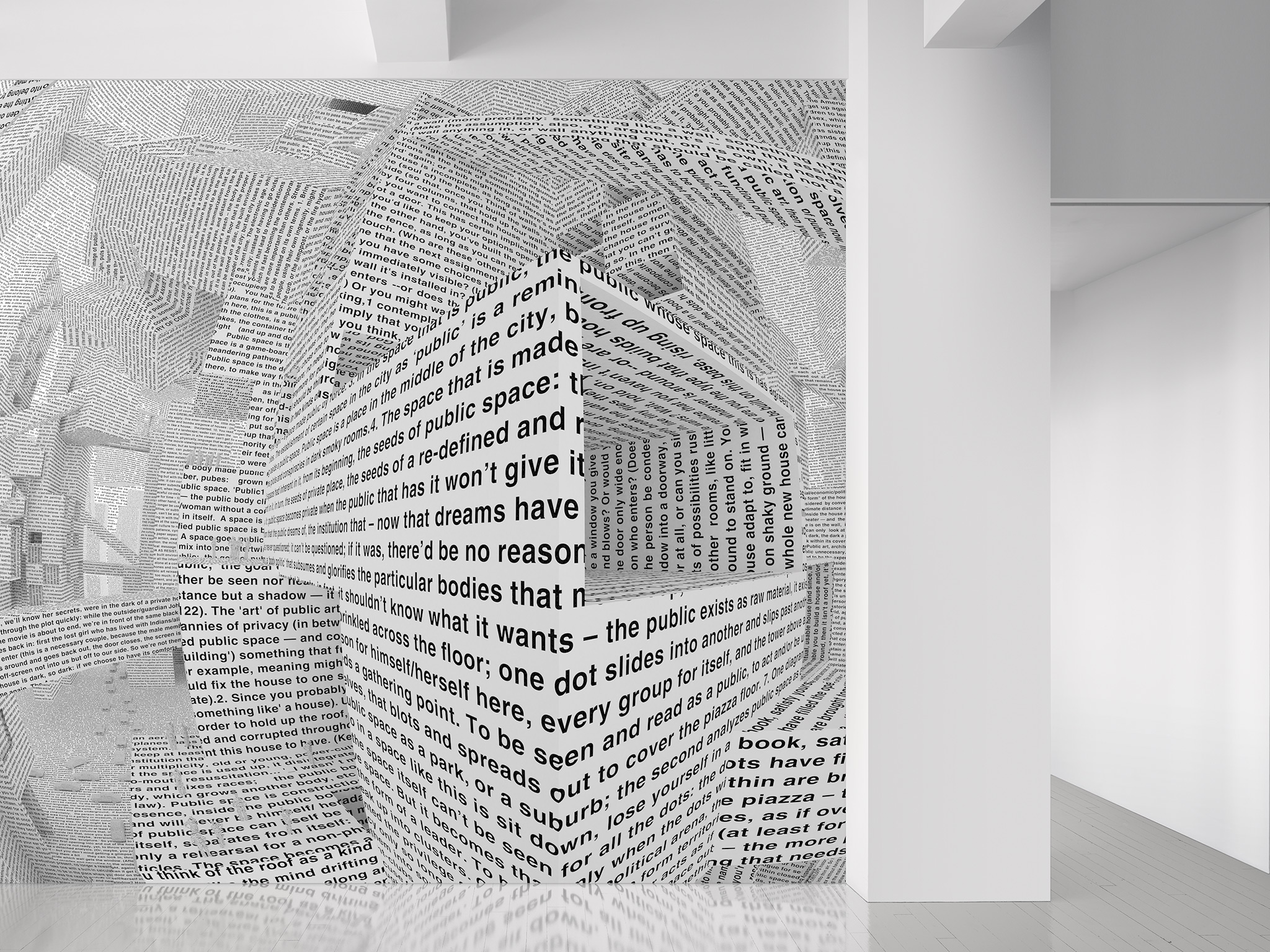 New York-based Vito Acconci (b. 1940, United States) is an artist who has worked across media such as installation, performance, architecture, and video art. He began his career as a poet in the 1960s and later, as his concern with space and movement developed, focused on the human form and its relationship to the built environment. Acconci continued to explore conceptual projects in the 1970s with performance and new media. He later formed Acconci Studio (founded 1988) to investigate the crossover between architecture, landscape architecture, graphic design, and furniture design.