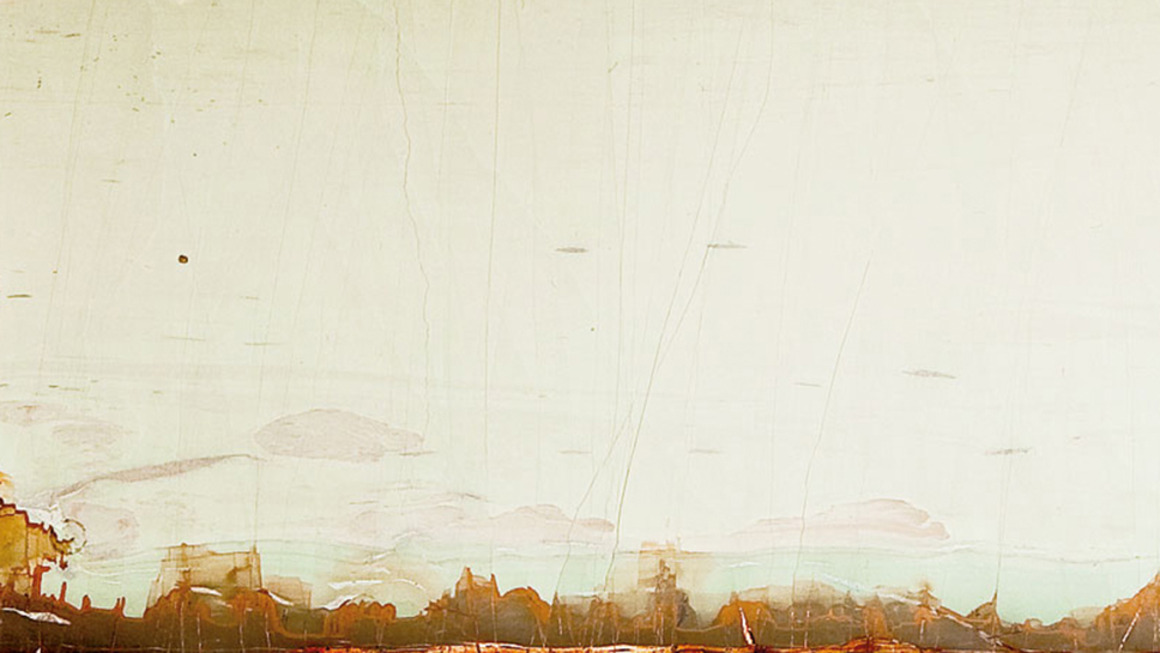 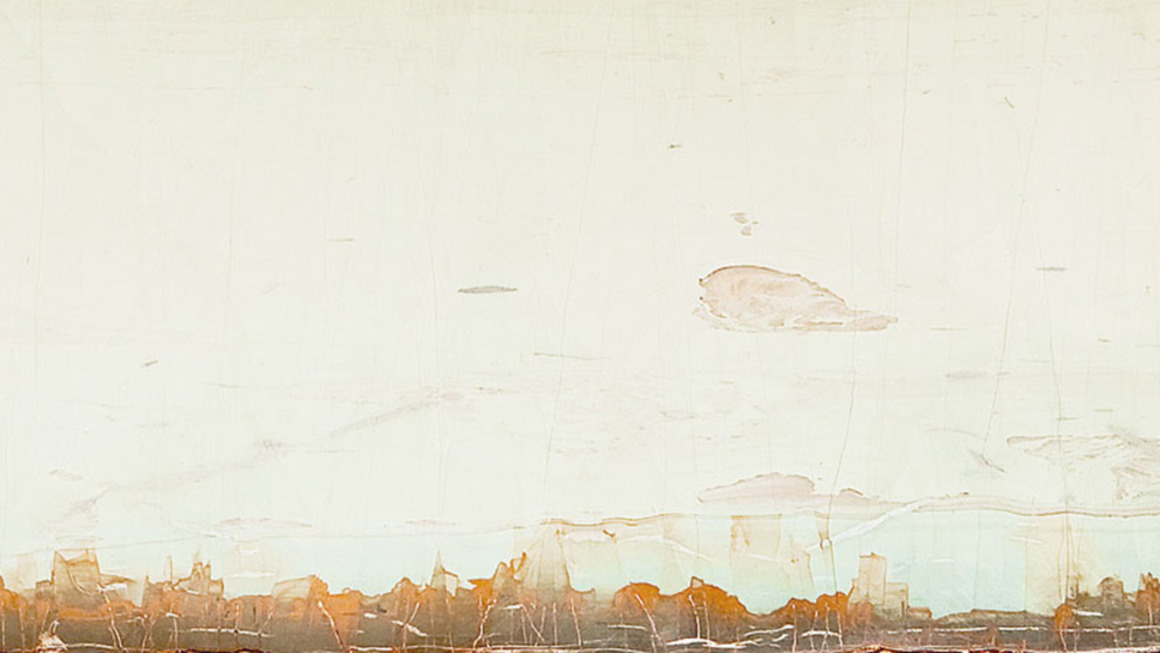 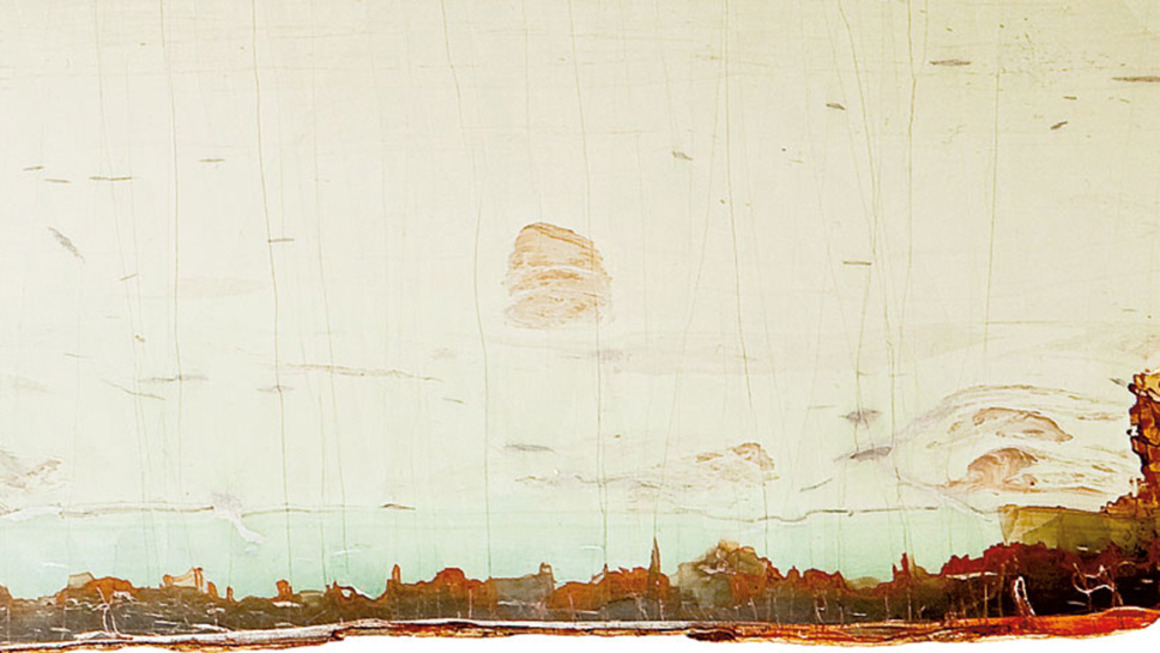 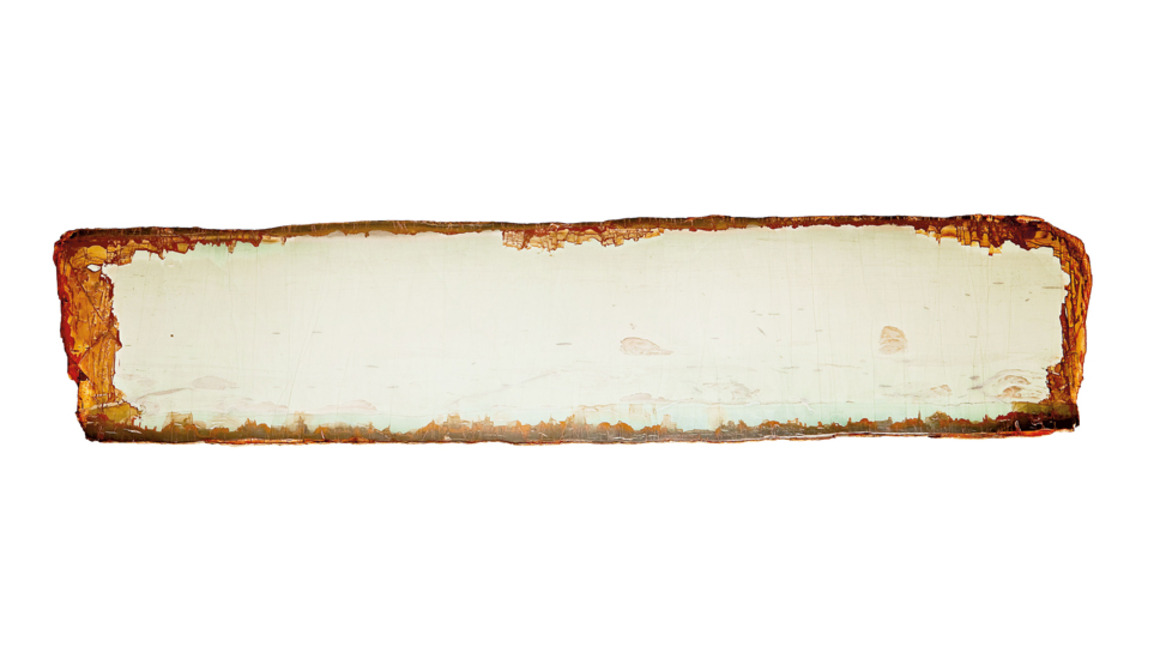 Appearing to be a painted panorama, a pietra paesina, or “landscape stone,” is a natural anomaly. These stone renderings, composed deep underground millions of years ago, seem to depict landscapes of the terrestrial realm inhabited in much more recent history. The stones were created during the Cretaceous and Paleogene periods, between 145 and 23 million years ago, and are primarily made of calcareous clay limestone and petrified remains of marine organisms. Imagery appears in the stones wherever nature and chance collaborate, with human imagination completing the picture.

Masterful cutting of the stone also plays an important role in the pictorial effect: the specific orientation of the cut is key to revealing the latent images. In the 16th century, the Medici family acquired a quarry near Florence that was the source of a particularly beautiful stock of pietra paesina, and Cosimo de’ Medici had slabs of the stone set into furniture and decorative objects. In the 16th and 17th centuries, these rock landscapes were disseminated throughout Europe, and Flemish painters in particular used them as lapidarian canvases on which they painted figures into the “naturalistic” scenes. Much later, in the 20th century, the visionary nature of the landscape stones coincided with the aberrant inclinations of the Surrealists, including André Breton himself, who wrote about the stones in his arts journal Le Surréalisme, même.

Federico de Vera is the proprietor of de Vera, a gallery of jewelry, art, and objects in New York City. 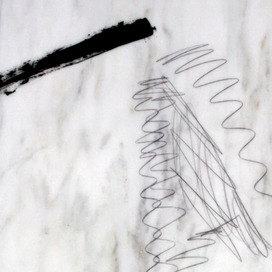