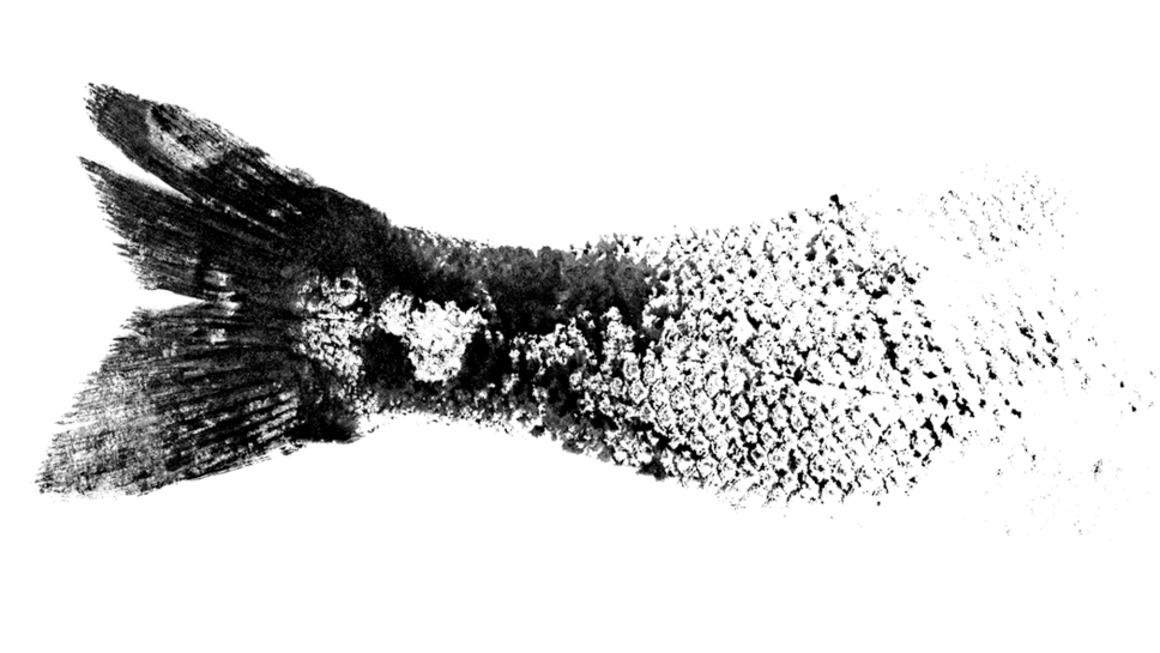 Before the advent of photography, Japanese fishermen created a novel technique for documenting their catch. Gyotaku is a form of printing that creates accurate renditions through a relief printing process. Rubbing sumi ink onto the body of a fish, and then gently pressing rice paper onto it and peeling it away will net an impression of the fish—distinct enough to note the shape and size of the species as well as the subtle patterns and textures of scales, fins, and gills.

Dating back to the 1800s, original gyotaku prints were minimal in their appearance—made only in black ink without embellishment of texture, color, or added elements. The emphasis of these early prints was to prove the size and species of the fisherman’s “trophy fish” and to record this permanently. It was not until later when gyotaku became an art form that composition and color were considered.

Gyotaku is still widely used today in Japan and other coastal communities. Often in restaurant signage, this technique allows chefs to advertise their seafood specials with immediacy and honesty. Traditionally, the fish is printed with non-toxic ink allowing it to be cleaned and prepared as a meal after the printing process has been completed. The natural precision of gyotaku offers a pure form of graphic clarity—its simplicity demonstrates detached documentation yet highlights the personal achievement of the proud fisherman.