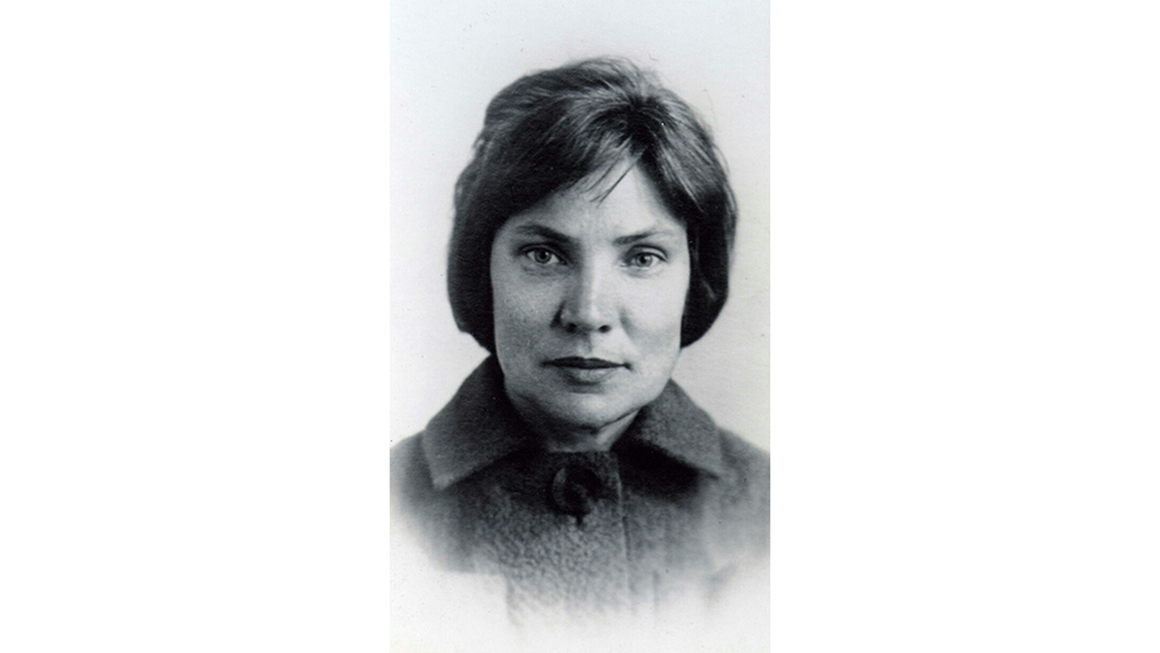 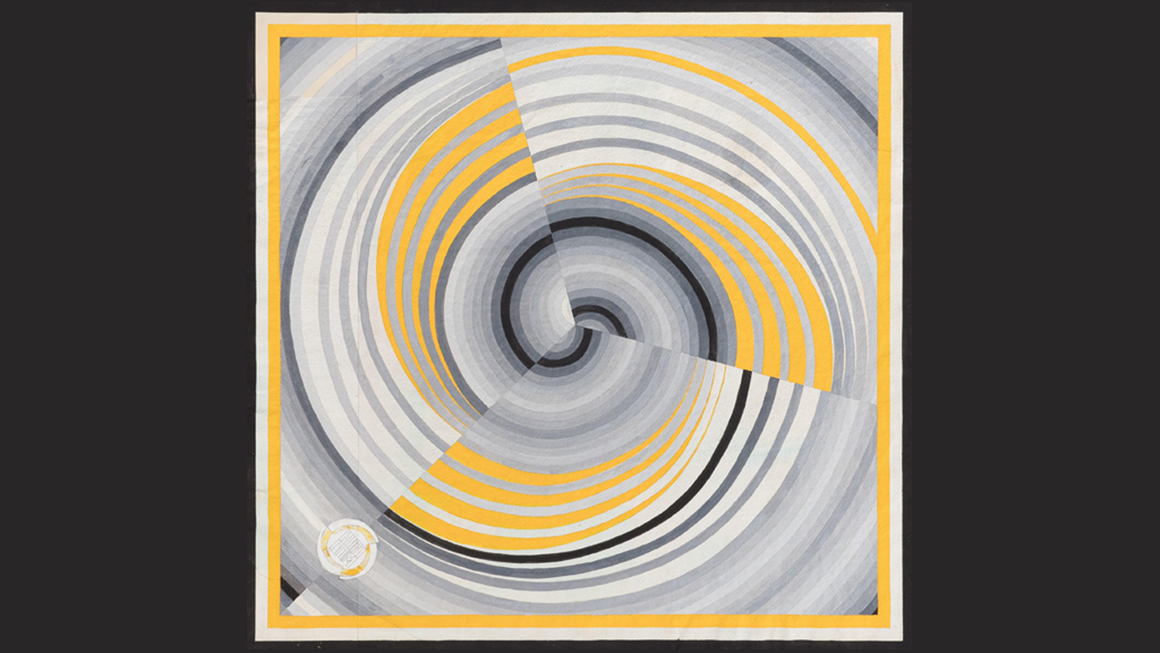 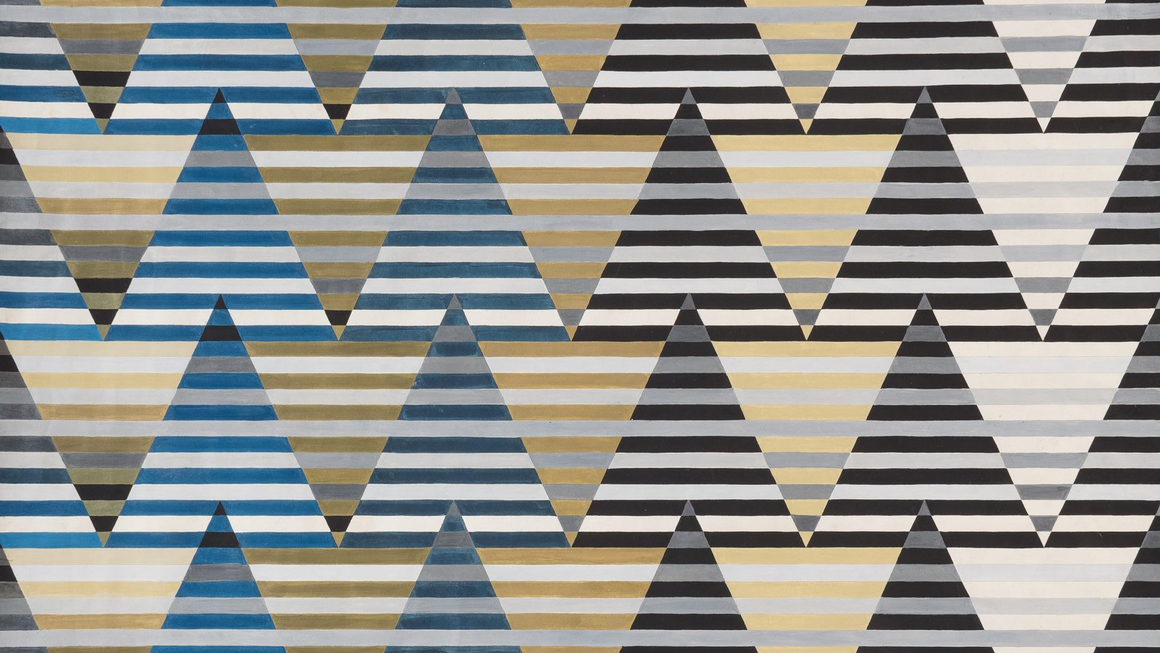 Anna Andreeva should have been a billionaire. After all, half of the Soviet Union wore her patterns. Paradoxically Andreeva — a leading Soviet textile artist whose works now live in the collection of the Museum of Modern Art — was virtually unknown to the masses in the Soviet Union. Socialists didn’t elevate individuals. They lived for the common good and there could be only one employer: the USSR. Anna Andreeva’s signature designs were geometric patterns, now known by many as “the ugly prints” of the 1960s. At the Moscow State Textile Institute, she was trained in the tradition of the Vkhutemas, a progressive art school founded in Moscow in 1920s that represented the Soviet equivalent of the Bauhaus (with a similarly short life span).

Anna Andreeva was already known at the institute for her outstanding talent, and after her training she was hired by Red Rose, a Soviet garment factory named after Rosa Luxemburg, the Polish Marxist philosopher. As lead artist, Anna Andreeva had to design fifteen to twenty fabric patterns on a monthly basis. These requests were exclusively state-commissioned and the designs came to define the aesthetics of the USSR. Textiles were a visible medium for Soviet design expression at the Olympic games, union gatherings, on historic anniversaries, and at film festivals. For decades Anna Andreeva dressed the Soviet streets. Garments with her pattern designs were the mandatory uniform, signaling a loyalty to a kind of state religion that everyone was required to adopt. Even Raisa Gorbacheva, the wife of the last Soviet leader, wore Andreeva’s artistic creations for diplomatic appearances and always preordered a selection of her designs for each season.

Each month, a group from the Moscow Union of Artists would gather to approve Andreeva’s designs. Leading up to that day, she often turned to close family members for their take on her work. “I was a small girl, but my family still asked me for advice,” her granddaughter Dr. Xenia Vytuleva-Herz reflects. “Communication and exchange of ideas were a common practice in the family . . . an intellectual tradition, but also necessitated by the extremely limited space.” Back then Andreeva lived in a small top-floor apartment in central Moscow with her scientist husband, her brother, her daughter Tatiana, Tatiana’s husband, and little Xenia. It was an unusual home: forbidden dissident books and progressive Western magazines were hidden in a secret library located in the bathroom, behind the toilet paper.

What did the approval process for the textile union in the USSR look like? According to Xenia, who is now an architectural historian, “It was a totally practical system. Every design had an identification number with color and fabric specifications. If it was accepted by the union of artists and later by the Communist party bureaucrats, the work got a special stamp or signature from the head of the committee. Each design either had an approval or a disapproval note written on the back side. Sometimes the higher artistic committee would approve the design, but the color palette had to be changed.”

In the 1970s Andreeva began using complex scientific references from fields like cybernetics, intellectualizing her patterns. “Once she made a few black-and-white designs, like algorithms, that were rejected by the committee with the note that Soviet women should wear exclusively happy, colorful things,” Xenia remembers. “In order to defend her innovative approach, she rationalized that Soviet women would look slimmer and more elegant in the complex optical patterns. The design was approved.” Much attention was paid to the subtext of the motifs used in the fabrics as these designs had to represent the broader ideology of the country. The themes had to be progressive: cosmonauts, cinematography, technology, urban life. A lot of topics were censored. “No matter what the amount of work, or the quality of the designs, the artist would get a fixed monthly salary.”

In order to defend her progressive vision for design and production, Anna Andreeva sometimes had to invent narratives. According to Xenia: “Sometimes she would make up stories and tell the union artists that her designs were a homage to Lenin—like the series Electrification, which is now at MoMA. They believed what she said. She tricked them. She had the mind of a genius.”

I asked Xenia, “What would your grandmother have been if she hadn’t worked at the Red Rose factory?”

To which Xenia replied, quoting her grandmother, “If I hadn’t been an artist, I would have been a cosmonaut.”

Matylda Krzykowski is a curator and designer of both digital and physical space. She recently co-curated Total Space, an exhibition at Museum für Gestaltung Zürich, open through June 2021.