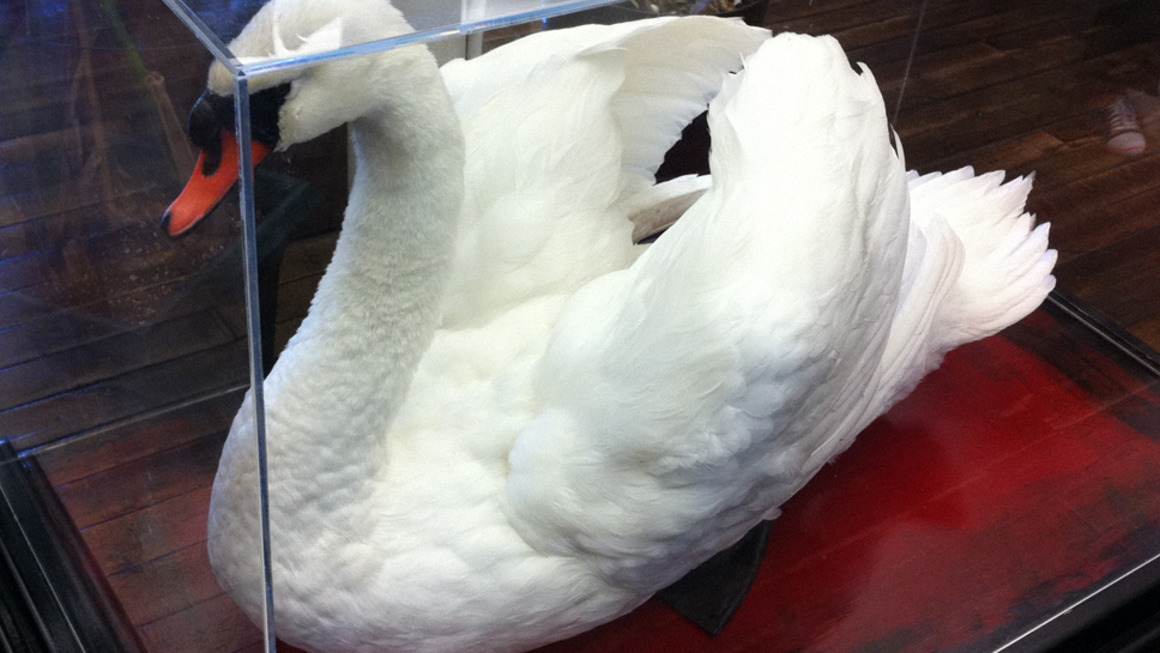 I shot this photograph at the Edna Lawrence Nature Lab—a miniature and highly concentrated natural history museum designed specifically for learning on the Rhode Island School of Design campus. My friends at Etsy made a video of this odd and wonderful menagerie of taxidermy and eco-maniacism that lets you experience its uniqueness. Within the Nature Lab are thousands of animal, plant, and mineral specimens used as resources for young artists to draw from real life—instead of just Googling low-quality images off the Web.

For instance, this photograph of a swan, now added to the vast archive of Internet images, doesn’t do the great swan justice by any means. But when you stand in front of it, you feel its presence and majesty. As you walk around it and stare closely at it, you see every subtlety that would otherwise be lost. And why is it under glass? Because the other beautiful swan that is propped up just a few feet away from this one—not under glass—looks as if it's served time as a chimney sweep. The soot-like dust that covers it doesn’t come from the chimneys, of course, but instead from the charcoal RISD freshmen use in voluminous quantities to render their hand-drawn images. On some evenings when I’ve peered into the Nature Lab to see the freshmen drawing, it's felt a bit like watching the old Peanuts cartoons with Pig-Pen's wondrous cloud of dust following him everywhere he goes. Charcoal dust is literally everywhere—hitting RISD's bear (yes, the college has a bear), our marlin, and a variety of specimens in "the wild" of the Nature Lab—everyone except this perfectly white swan, a symbol of serenity and purity, just like nature would want to will it to be. Untaxidermied, of course, but hey, the world isn't perfect.

John Maeda is a graphic designer, computer scientist, and president of Rhode Island School of Design. 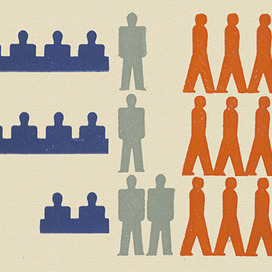