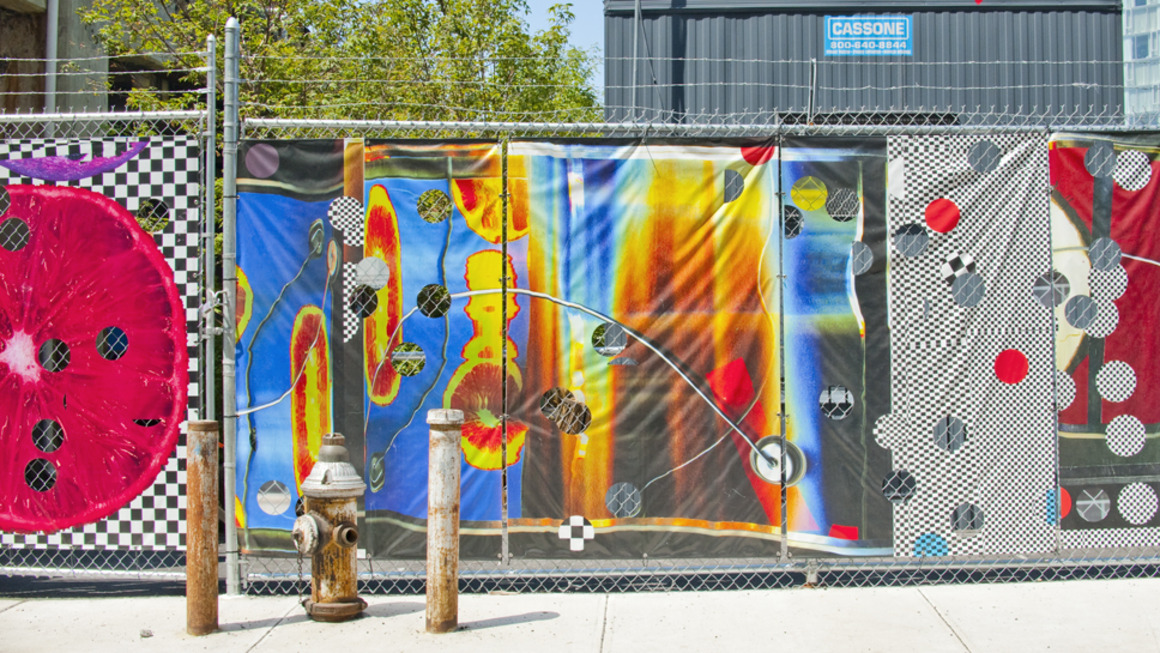 Alta Price: I've always referred to the fruit in your collaborations as "citrus" but have recently been asked whether it’s orange, lemon, or lime. Does it matter to you?

Kelley Walker: Wade has funny narratives about that fruit . . . it does matter. It actually physically looks like an orange to me regardless of the color—but maybe that is a memory of what it was once.

Guyton\Walker, the entity that occasionally makes an appearance when artists Wade Guyton and Kelley Walker have a surplus of time and energy, is one fruity figure. From lamps made of coconuts to citrus, bananas, and other tropical fruits splashed across furniture, glasses, paint-can labels, pictures, and surfaces that are often checkerboard patterned or polka-dotted—these are some nutritious ingredients.

Like an exquisite corpse in an infinite loop created by two hands identified as one, an independently conceived piece is passed back and forth until it settles into a configuration considered to be complete. This cross-hybrid method has resulted in some peculiar fruits, and the work itself invariably has its own unique flavor. For one, the act of collaboration at a distance of the thirty-odd city blocks separating their two studios permits a looseness not found in either's solo work.

Through various processes—ranging from ink-jet, offset, and silk-screen printing to digital manipulations to the more manual application of paint—countless cross sections of fruits parade across the artworks, becoming optically sculptural while maintaining a rigorously two-dimensional sensibility.

Guyton\Walker was commissioned by the Whitney Museum in 2010 for a large-scale installation on the construction site of the new Renzo Piano–designed downtown Whitney at the foot of the High Line. Part of the Whitney on Site: New Commissions Downtown, the intervention includes wrapping the perimeter of the site as well as applying decals to the sidewalks and pavement. Imagery of lush, almost decaying fruits alludes not only to the nature of a transforming construction site but also to the dual—often opposing but ultimately fruitful—nature of all good collaborations. 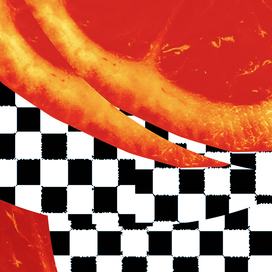