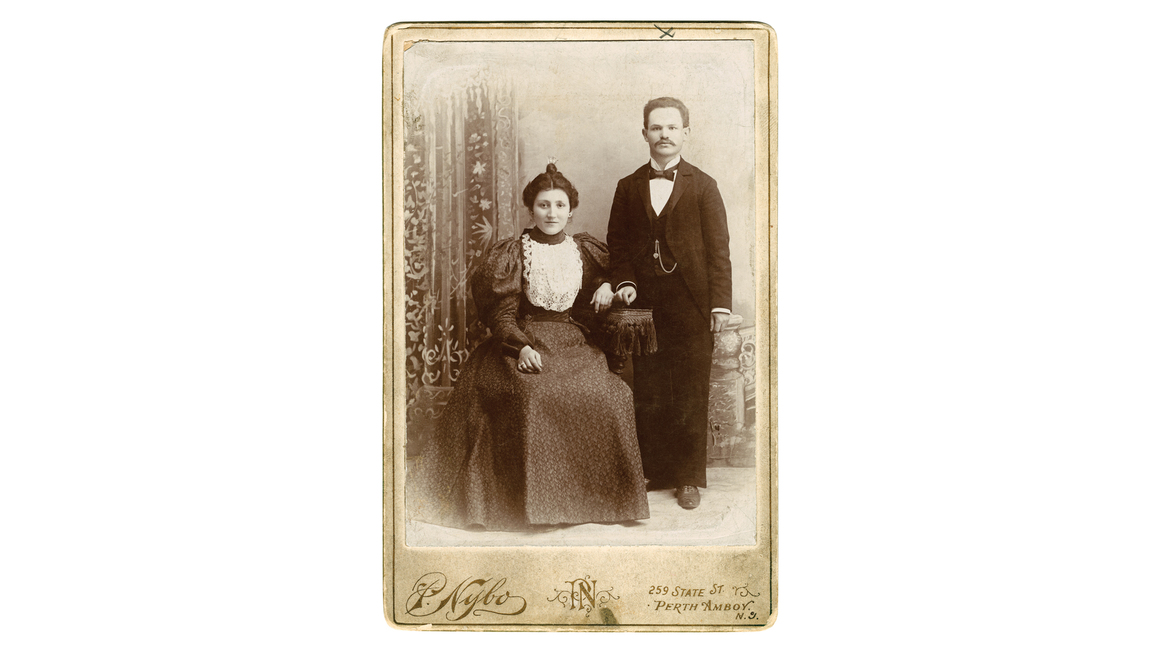 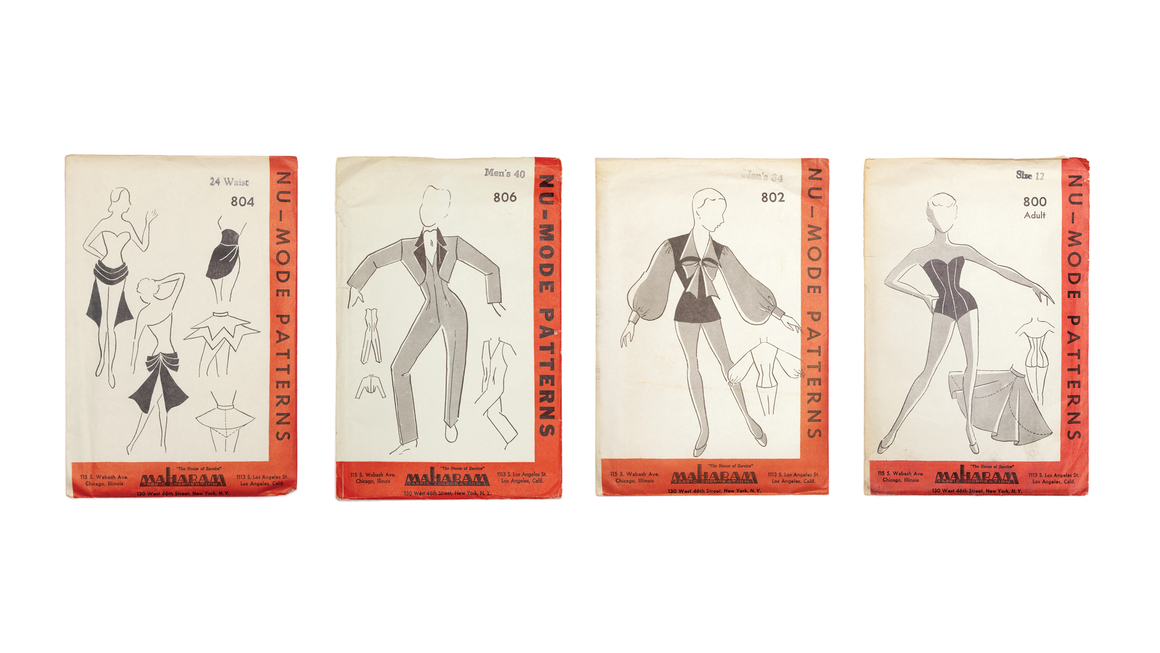 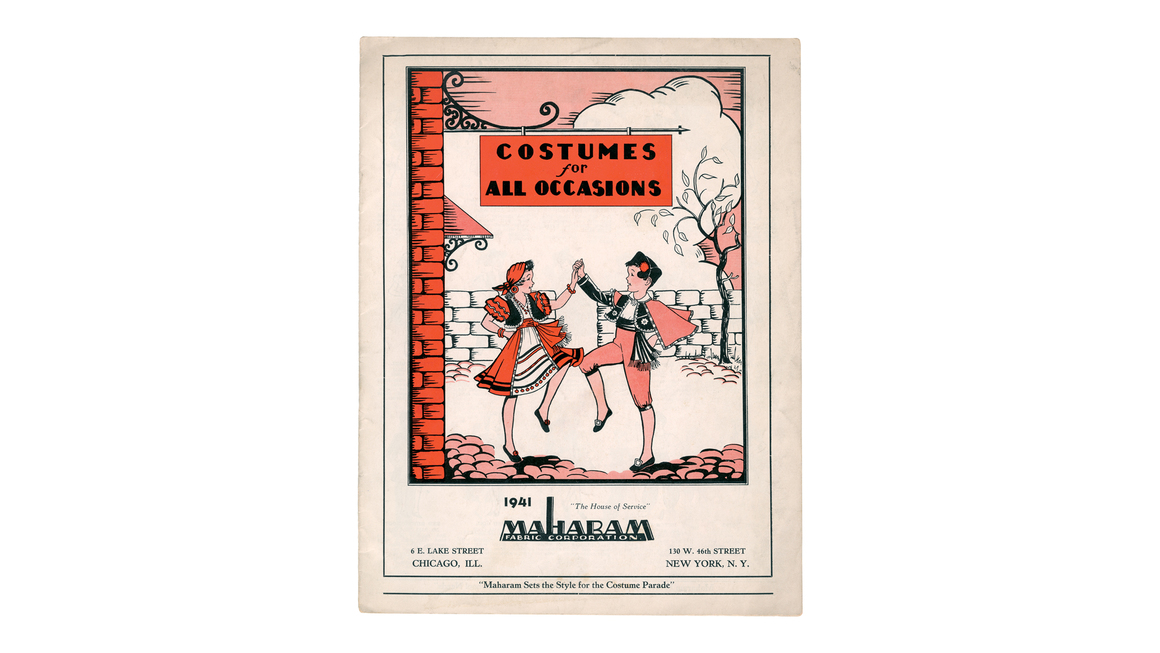 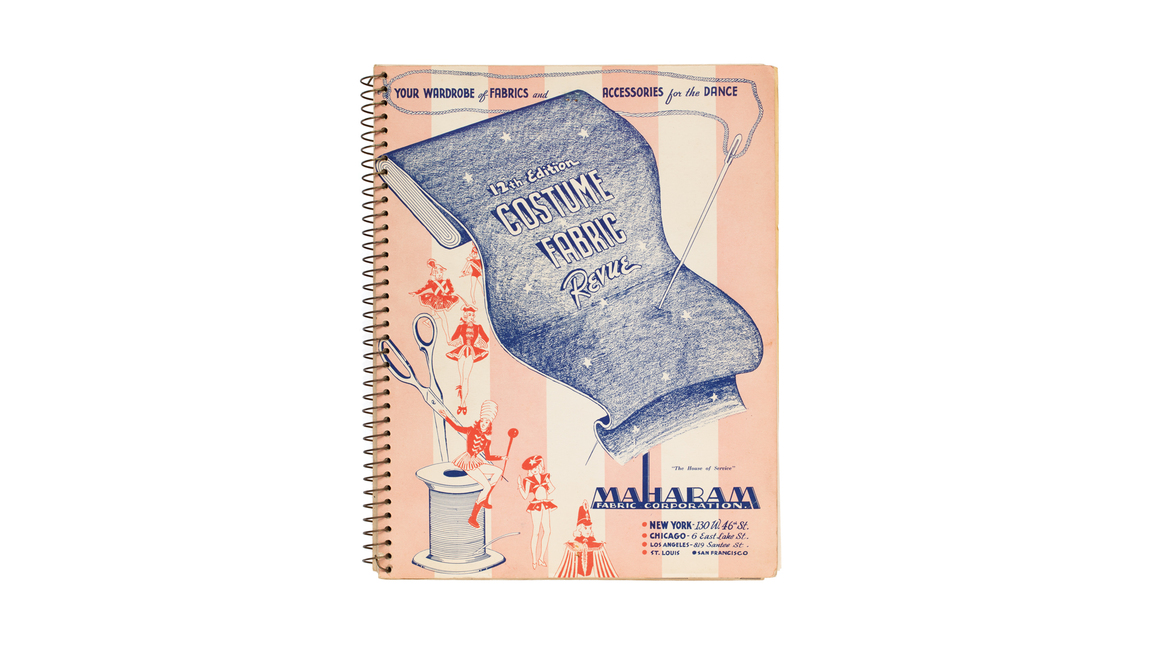 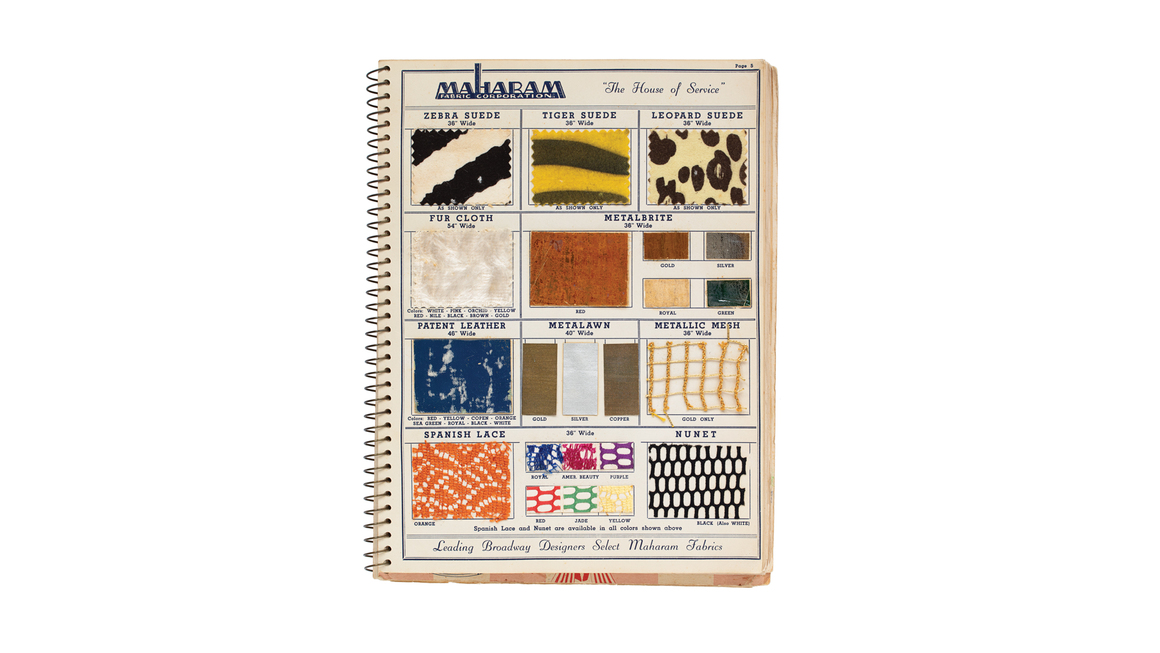 Maharam’s story began in 1882 when Louis Maharam arrived in New York, one of hundreds of thousands of Russian Jewish immigrants who fled there in the late 1800s to escape poverty or persecution. Little is known about Louis’s childhood other than that he was born in Russia in 1873 and began the arduous sea voyage to New York from Hamburg in Germany. There is no information on his place of birth or his original name. (“Louis Maharam” was almost certainly an Americanized replacement, possibly chosen by the official who stamped his papers at the Ellis Island immigration station.) Like so many East European Jewish immigrants who fled across the Atlantic to New York, Louis headed for the Lower East Side, where poverty was rife but most of the street signs were written in Yiddish, and it was possible to rent a room in an overcrowded tenement house for a pittance and to find work in the local textile and clothing factories.

A decade after his arrival, Louis was still living in the Lower East Side, by then in a Forsyth Street tenement on the border between Little Italy and Chinatown, together with his wife, fellow Russian Jewish immigrant Dora Duchowny, and their children: Dorothy, Joseph, Arthur, Samuel, and Mac. By 1902, he had saved enough money to start his own business and named it Maharam. Having begun by hawking textile remnants from a pushcart, Louis moved on to selling inexpensive cotton goods from a store on nearby Canal Street—one of a number of Jewish entrepreneurs who were taking advantage of the low rents in the area following the clearance of its once notorious slums.

Determined and resourceful, Louis continued to seek out new opportunities. His most successful venture was supplying textiles to improve the acoustics of silent movie theaters after the introduction of the talkies in the late 1920s. The sound quality was improved by covering the theaters’ walls with Maharam’s sturdy wares. Business was so brisk that in the early 1930s the company moved to a bigger building at 130 West 46th Street, a block away from Manhattan’s Theater District, with a showroom on the ground floor and offices above, where Louis worked with his four sons. Maharam expanded nationally by opening showrooms in Chicago, St. Louis, and Los Angeles. By his death in 1941, the once impecunious Louis Maharam had established a thriving business, which his oldest son, Joe, swiftly took over.

A convivial character who loved the razzle-dazzle of Broadway, Joe steered the company towards the flamboyant aspects of show business and adopted a jaunty slogan stating that Maharam “set the style for the costume parade.” A year after Louis’s death, Joe embarked on an ambitious project to expand the West 46th Street headquarters and to double the length of the storefront. An imposing marble staircase was installed at the back of the showroom leading up to the offices, including Joe’s, where he held court beneath an enormous poster of the samba singer and dancer Carmen Miranda, fortified by an ample supply of fat cigars and a stash of cheap microscopes that he handed out to visitors.

Many Maharam clients were walk-ins from the nearby theatrical costume trade who scoured the showroom for spangles, feathers, laces, fake pearls, artificial flowers, and other trimmings to dress the casts of musicals, plays, ballets, movies, dance spectaculars, ice shows, and the Mardi Gras festival in New Orleans. A single page of a 1940s sample book ranges from swatches of suede in zebra, tiger, and leopard prints to “fur cloth,” “patent leather,” “metallic mesh,” and six colors of “Spanish lace.” Maharam introduced an art deco–inspired corporate logo with a new slogan, “The House of Service,” printed in fancy, curlicue lettering.

Maharam also nurtured other seemingly prosaic yet reliable product categories such as fifty-cent paper sewing patterns of costumes for dance and drama school productions and ornate damasks, satins, and leatherettes to decorate the walls of theaters, ballrooms, auditoria, and cocktail lounges. But the core of its business was the sale of textiles and props for retail displays. So important was this to the company that when Maharam expanded the West 46th Street headquarters in 1942, model store windows were installed to present the latest wallpapers and display devices.

In 1961 Dance magazine profiled the “Magic House of Maharam,” praising the company for offering its customers a wide choice from $750,000 of stock and for its staff’s ingenuity in rustling up “luxurious-looking” fake ermine for an ice show when the real stuff proved too expensive. The following year a younger member of the family, Sam’s son, Don, took over as chief executive and reinvented the business in accordance with his own, very different ambitions.

Excerpted from the essay A History of Maharam. 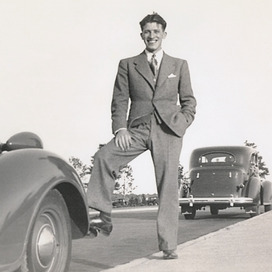 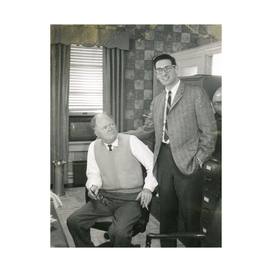