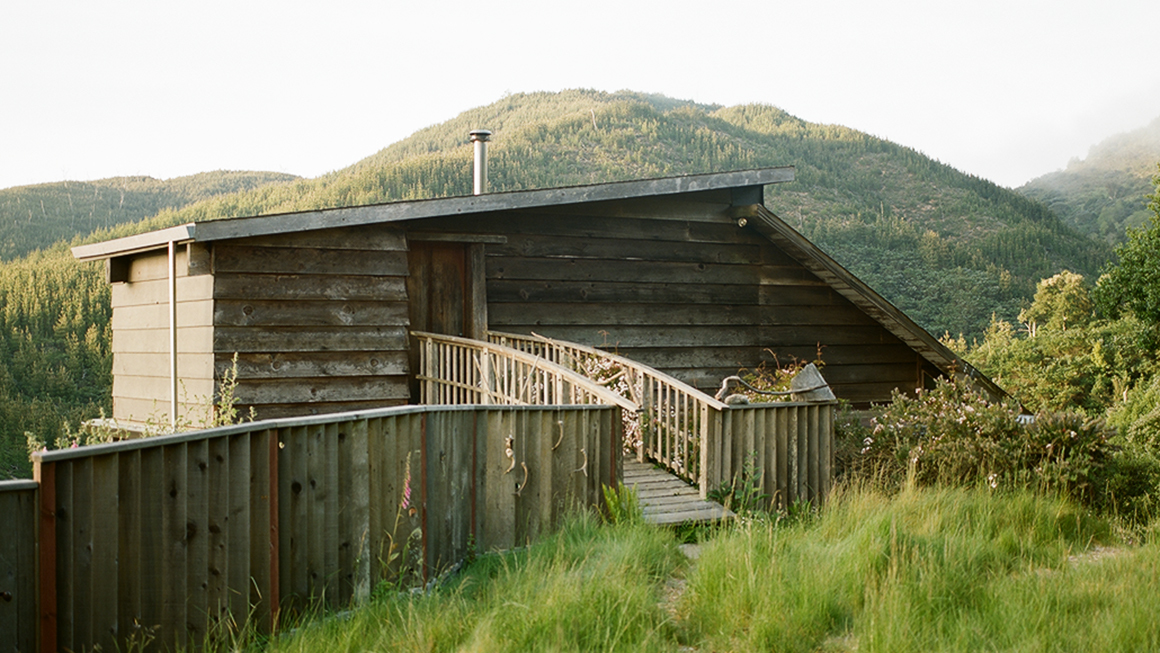 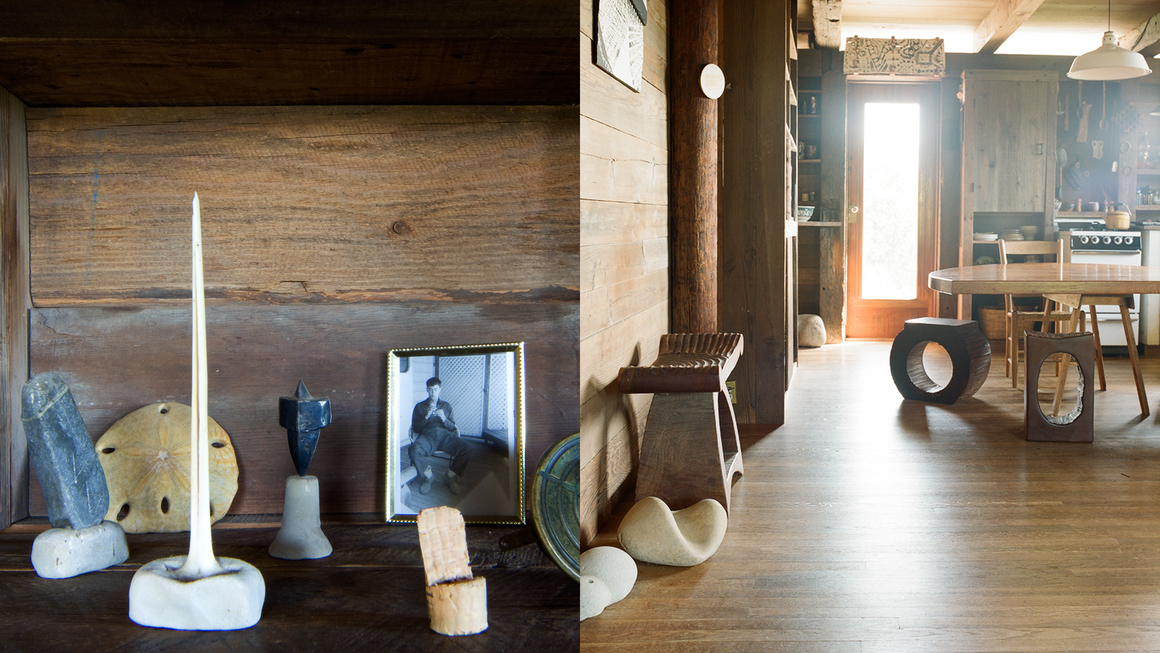 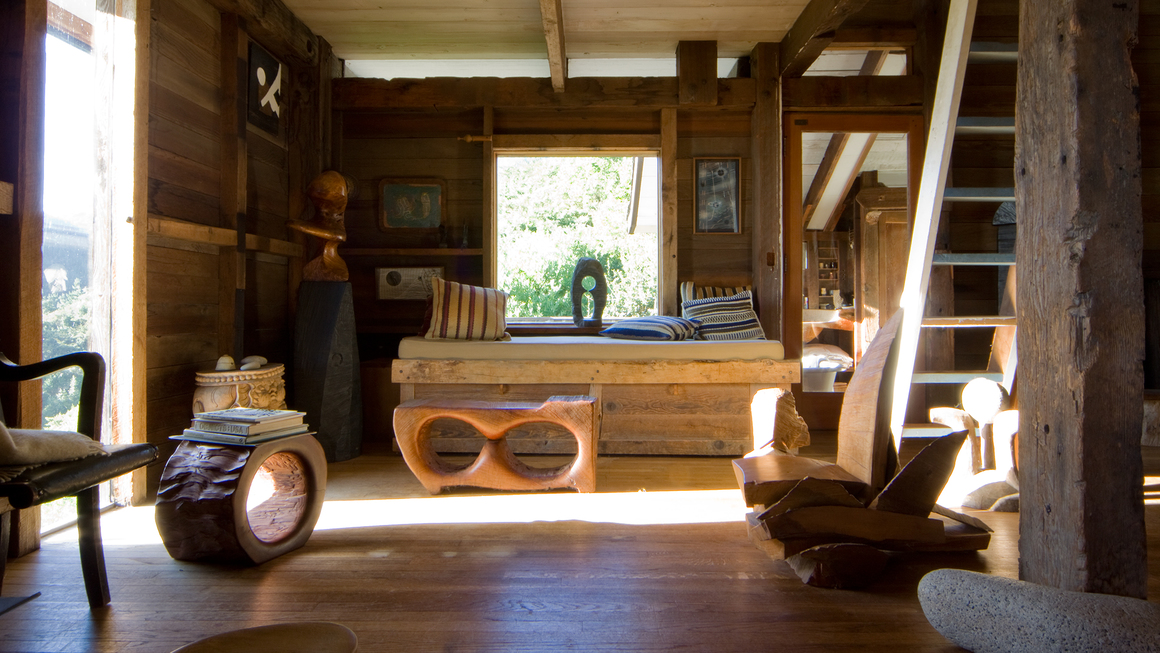 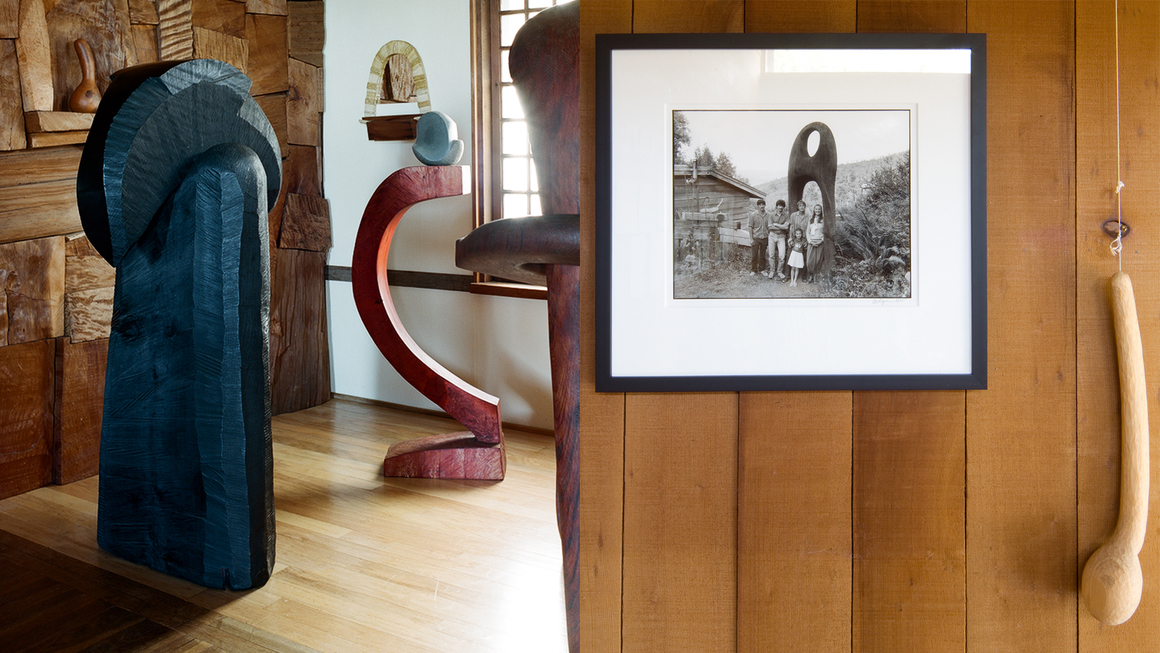 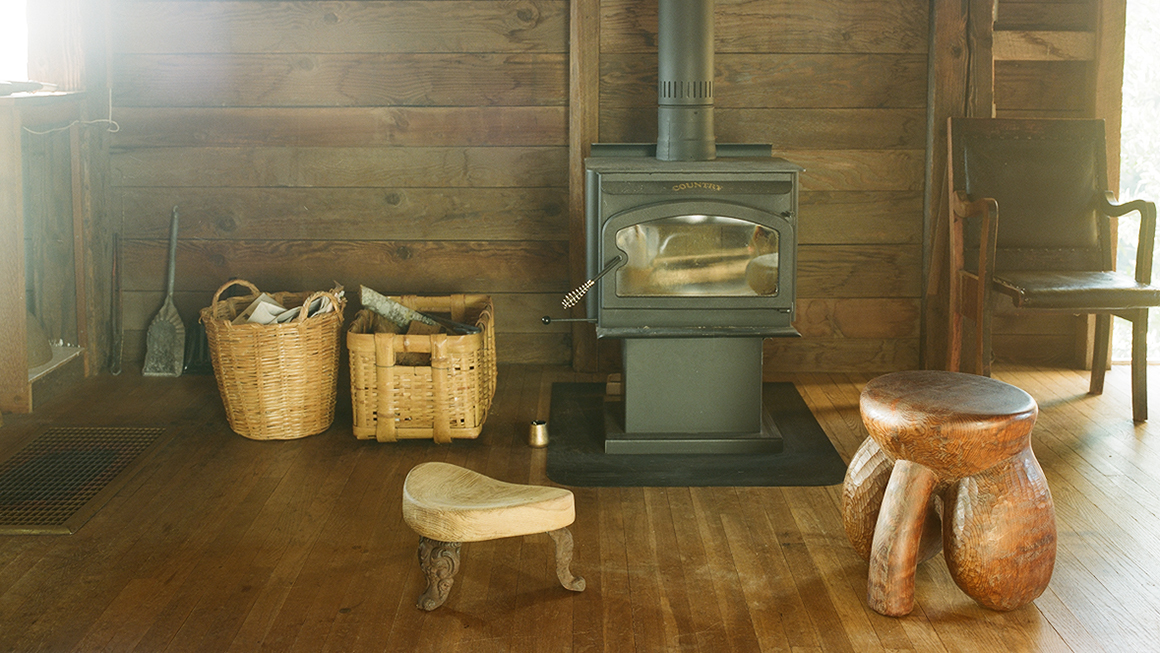 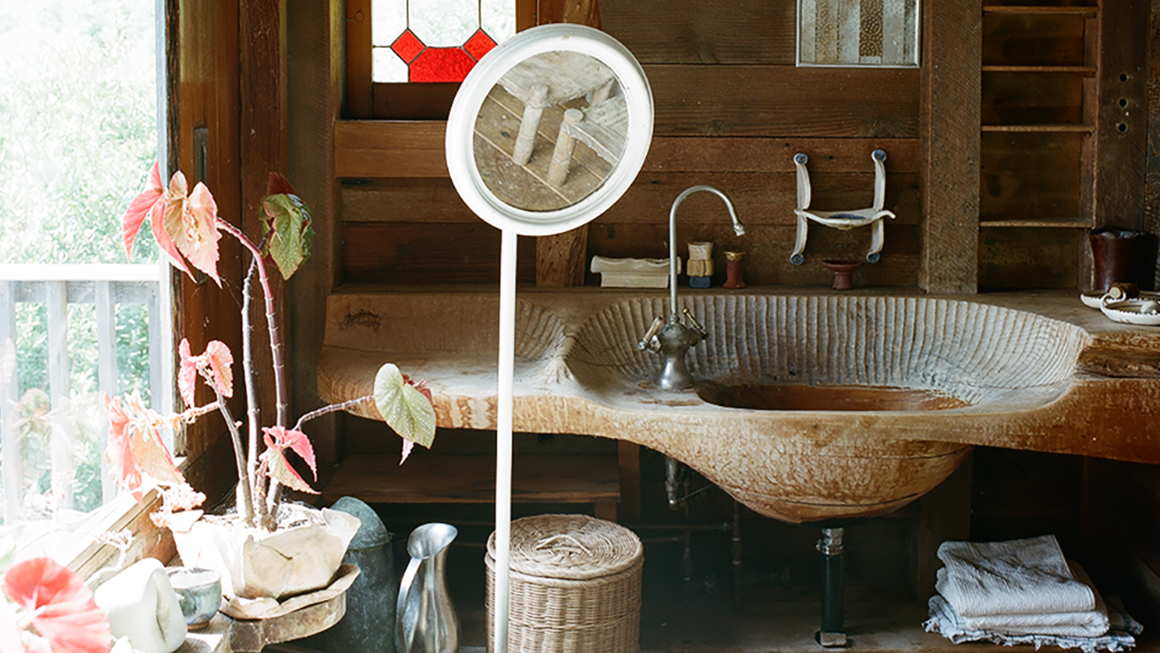 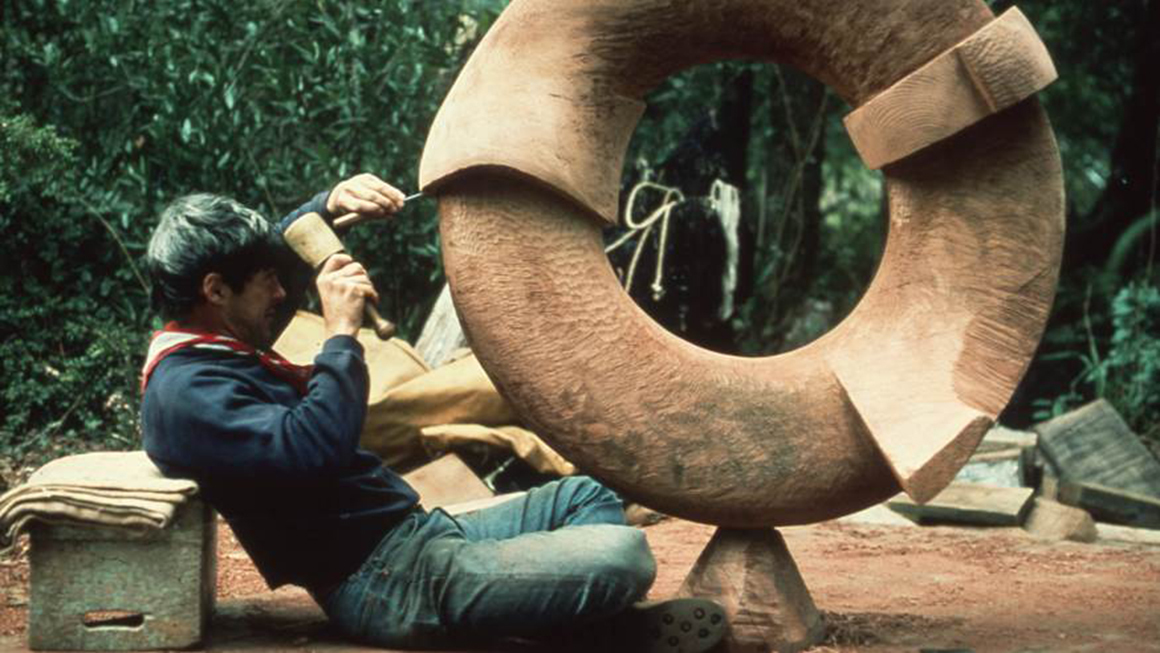 Most of the U.S. conscripts who fought in the Korean War returned home at the earliest opportunity, but when J.B. Blunk—the initials stood for James and Blain—was discharged in 1952, he chose to stay in Asia. Blunk was eager to study traditional Japanese pottery, which he had discovered as a ceramics student at University of California, Los Angeles before being drafted.

Shortly after arriving in Japan, Blunk fell into conversation with the Japanese-American sculptor Isamu Noguchi in a craft store. Noguchi introduced him to the master potter Rosanjin Kitaoji, who offered him an apprenticeship. Blunk, who was born in Kansas City in 1926, was so inspired by the ease with which Kitaoji and other Japanese artisans fused their life and work in home studios that they built themselves, often on tranquil rural sites, that he resolved to do the same after returning to the States in 1954.

Blunk found the perfect place in 1957 when he and his first wife, Nancy Waite, moved to the small northern Californian town of Inverness on Tomales Bay in Marin County. Once again, Noguchi provided a useful introduction, this time to an artist friend Gordon Onslow Ford, who owned 250 acres of land in the forest near Inverness where he intended to establish a community of artists. Ford was so taken by Blunk that he offered to give him an acre of woodland, promising that he could live there for the rest of his life.

Blunk jumped at the chance to design his own home and studio on the site, but was so strapped for cash that he had to build most of it himself. He took on carpentry jobs to make ends meet during construction, and searched for salvageable materials to minimize the cost. Much of the structure was made from the timber of redwood and cypress trees from nearby forests, although Blunk struck lucky when he found a stash of unwanted redwood beams in a shipyard in nearby Sausalito.

Knowing the site so well enabled him to design the windows and decks to offer glorious views of the forest, and to make the most of changes in the light during each day and different seasons. Waite built the garden, while Blunk constructed chicken coops and a pottery studio.

In 1964, Blunk saw an uprooted cypress tree on the roadside, and hauled it home to make a chair to give to Onslow Ford. As he had so few tools, he improvised by carving the wood with a chainsaw. Blunk so enjoyed the experience that he made furniture for the house from found wood in the same way, finishing it with a chisel and grinder to create a richly textured surface that emitted a delightful, woody scent. He then used the same tools and techniques to make sculpture from wood. “I knew how to use a chainsaw,” he explained. “And it was one of those things—one day you just start.”

Blunk continued to make sculpture and furniture while exhibiting regularly and completing public commissions for the University of California, Santa Cruz, and the Oakland Museum. Yet he never stopped working on the Blunk house, constantly experimenting with new ideas and refining old ones. He lived there until his death in 2002, as Onslow Ford had intended. Since then, Blunk’s daughter Mariah Nielson ran a residency program for artists, designers, and makers in the house for four years in collaboration with the Gordon Onslow Ford’s nonprofit, the Lucid Art Foundation. Blunk’s family now live there, and the artist Ido Yoshimoto works in the studio.

“The house was like a living artwork,” wrote Blunk’s friend, Luchita Mullican, a Venezuelan-born artist living in Santa Monica. “He built everything. You went into the house that he built, sat on a bench he carved, at a table he created, drinking from a cup J.B. made, His paintings hung on walls he assembled. There was a great sense of unity, yet each work is imbued with its own unique spirit.” 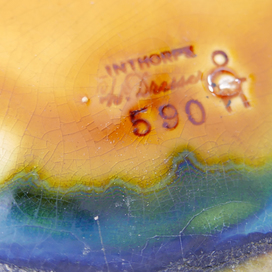