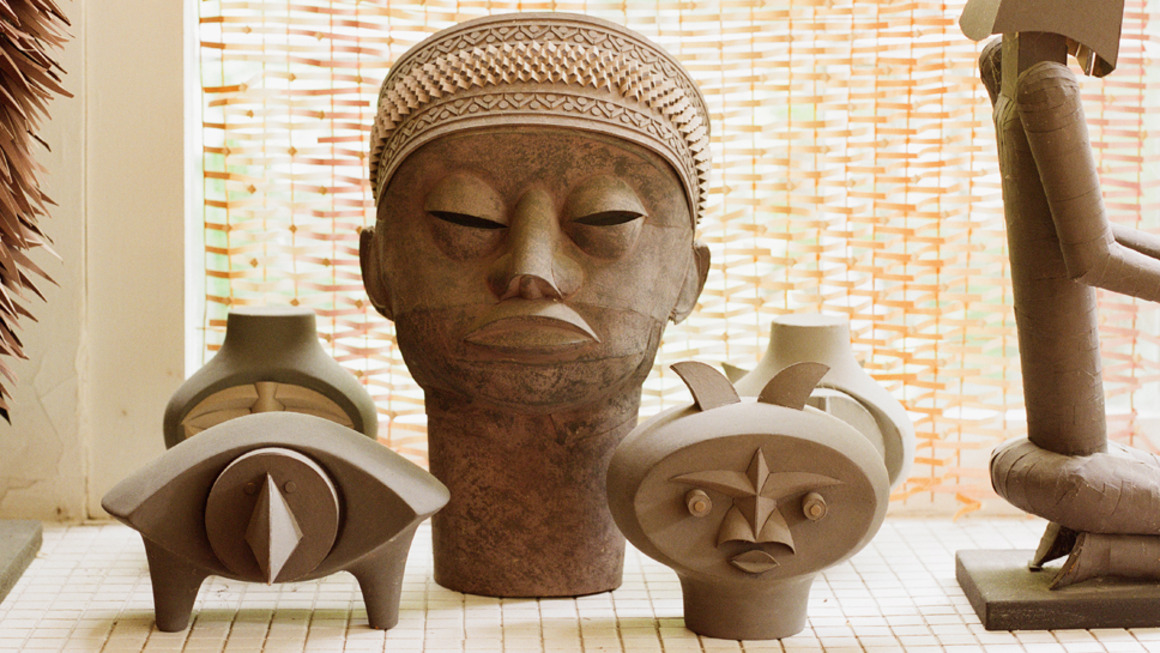 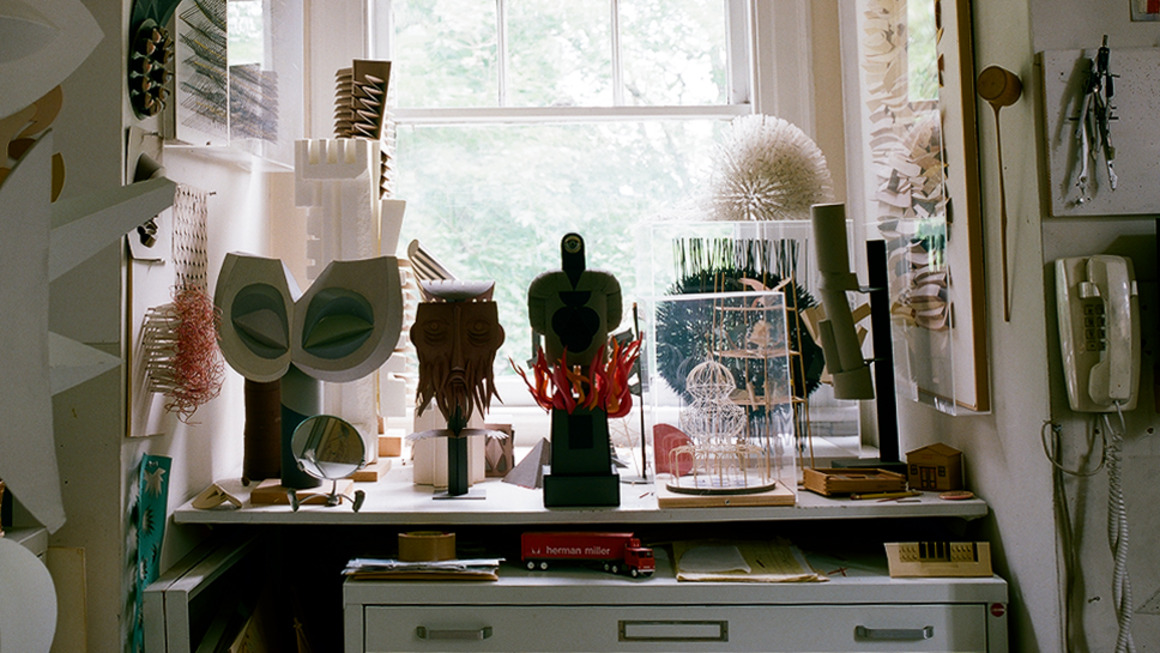 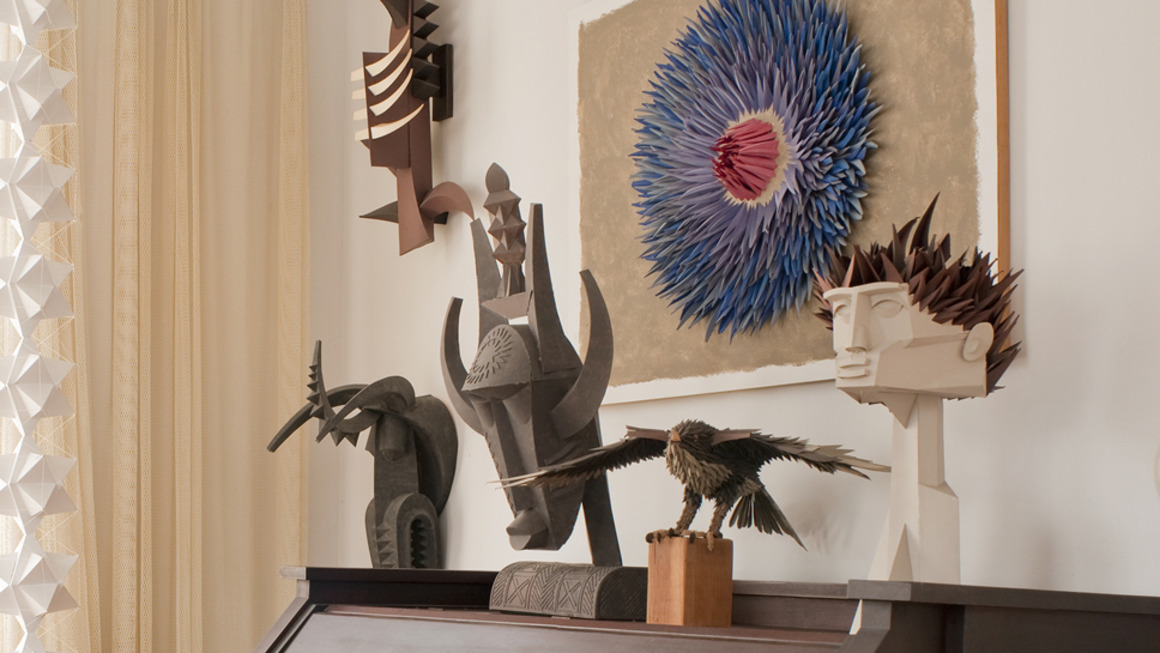 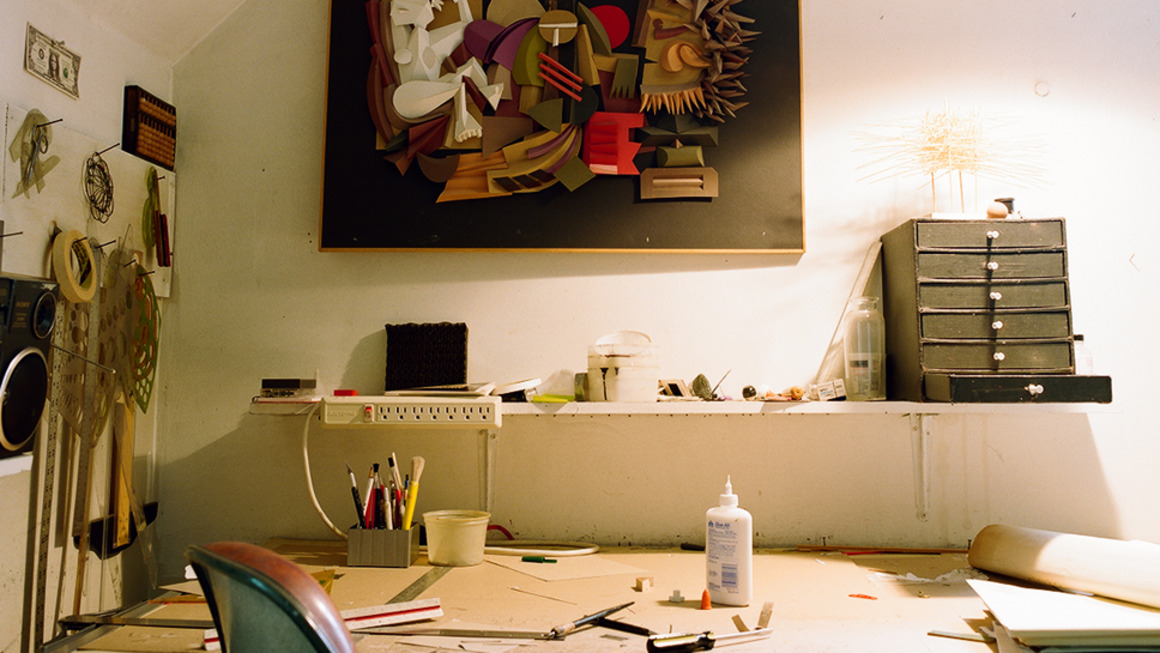 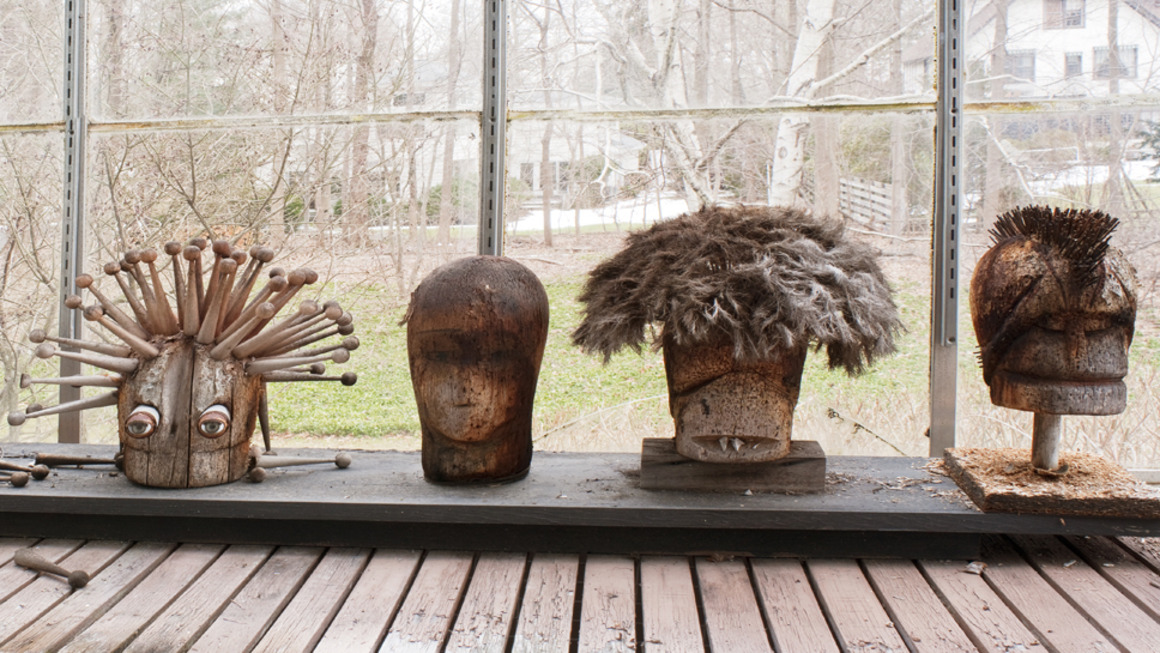 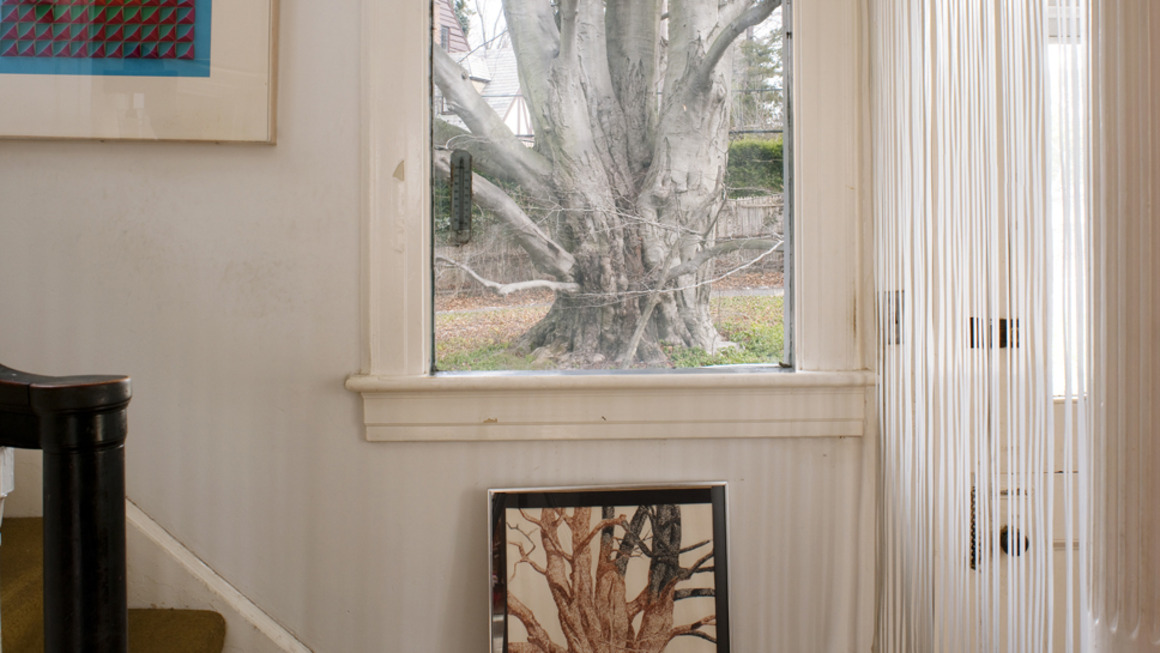 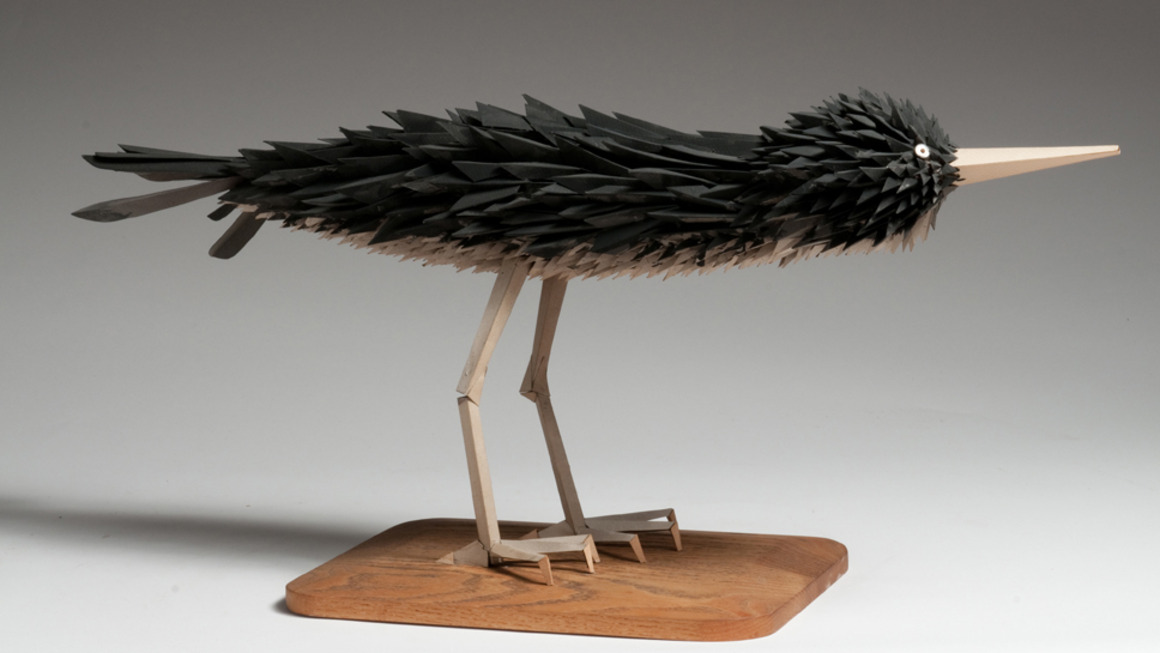 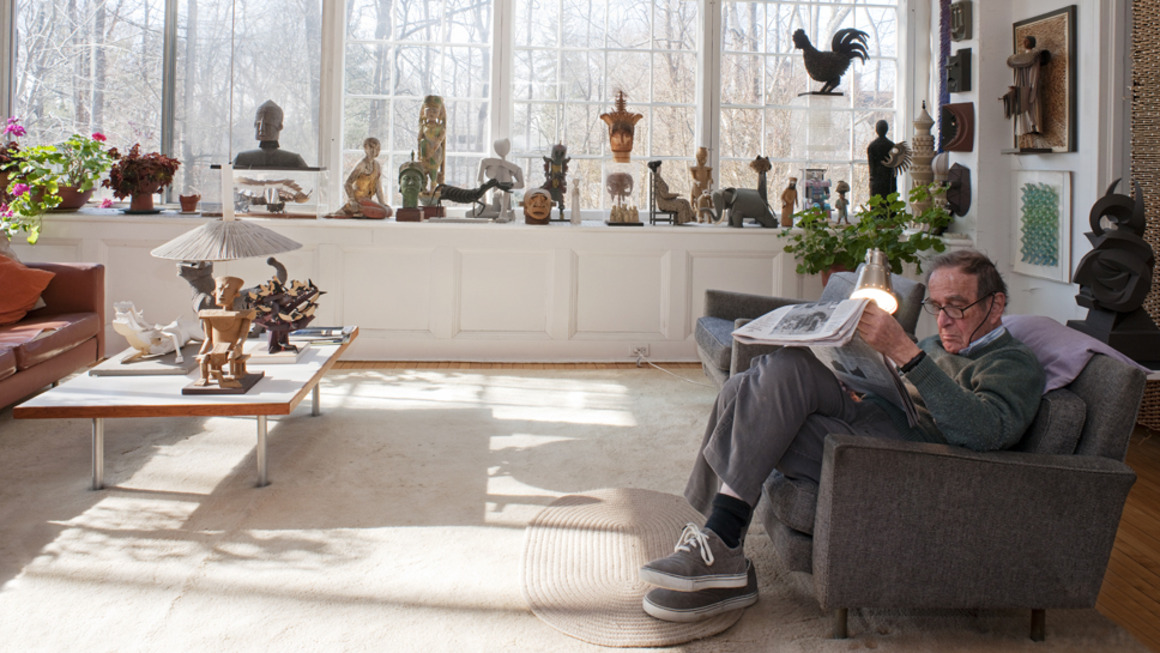 I first met Irving Harper in 2000 when I visited him at his home in Rye, New York. We had lunch together with his eighty-one-year-old wife, Belle, on their porch. Finding his house was almost impossible, hidden as it is in a neighborhood of winding tree-lined streets.

Working on this book, I’ve since visited Irving many times, but finding his hidden driveway is as difficult as ever. The feeling of being lost prevails until I see the name “Harper” hand-painted in black letters on a wood plank nailed to his barn. A dirt road leads to a colossal tree—a massive, ancient American beech at the center of a roundabout driveway—announcing that I’ve arrived. Irving says he and his wife bought the house because of it, and I think he finds his strength and longevity in it.

Every time I enter the world of Irving it is a surprise all over again. With each visit I am visually overwhelmed by the craftsmanship displayed on almost every surface of his three-story home. The living room is a “living” room in the truest sense. Irving spends most of his time here, reading in his chair and listening to classical music on his appropriately analog Walkman. It also holds the bulk of the work featured in this book.

In February 2010 we went to see Irving every day for a week to photograph this private collection of sculptures, this museum for one. Spending full days there, having lunch together, I was able to experience the cycles of light, finding new views and details. The house is full of vivid color, oranges and greens and yellows that have been there forever, so long that they feel new again.

On every visit I would ask Irving if there was anything I could bring him from the city. He always responded that he needed nothing, just another visit. One day I noticed that his pendulum clock was quiet—it had stopped working years ago, he said. It took three months for the clock to be repaired, but he was happy to have it returned to fill the blank space on the wall next to his fireplace. Two months later, the clock was still once again. Irving explained that he had grown used to the silence.

I took my parents to meet him recently. They were overwhelmed by his work and life. Irving, now ninety-six, asked my mother how old she was. When she told him, he responded, “Oh, to be, seventy-three again!”

Uschi Weissmüller is the founding director of A4 Studio.

This text is an excerpt from Irving Harper: Works In Paper (Skira Rizzoli, 2013). 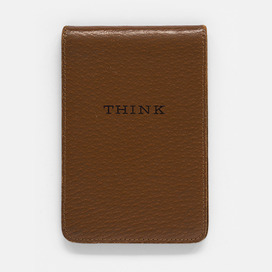 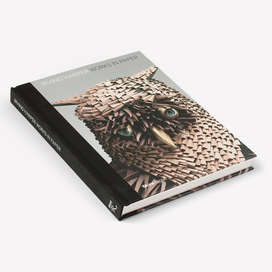 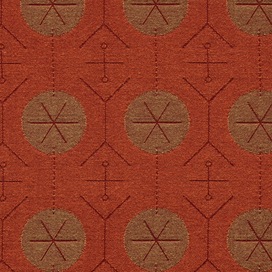