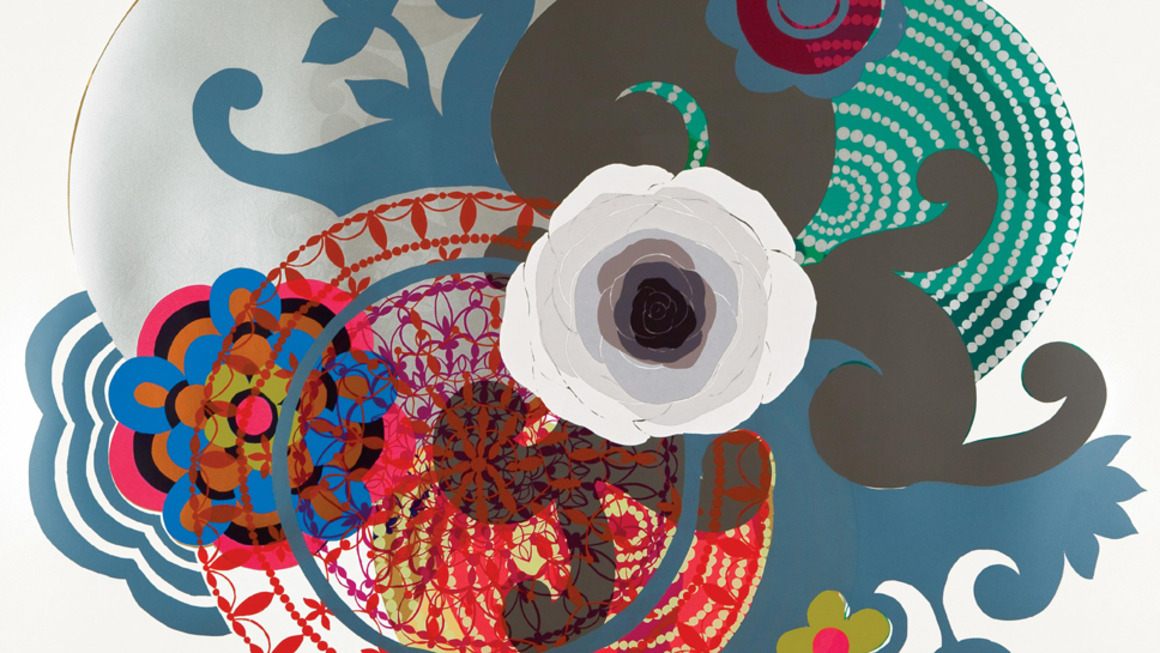 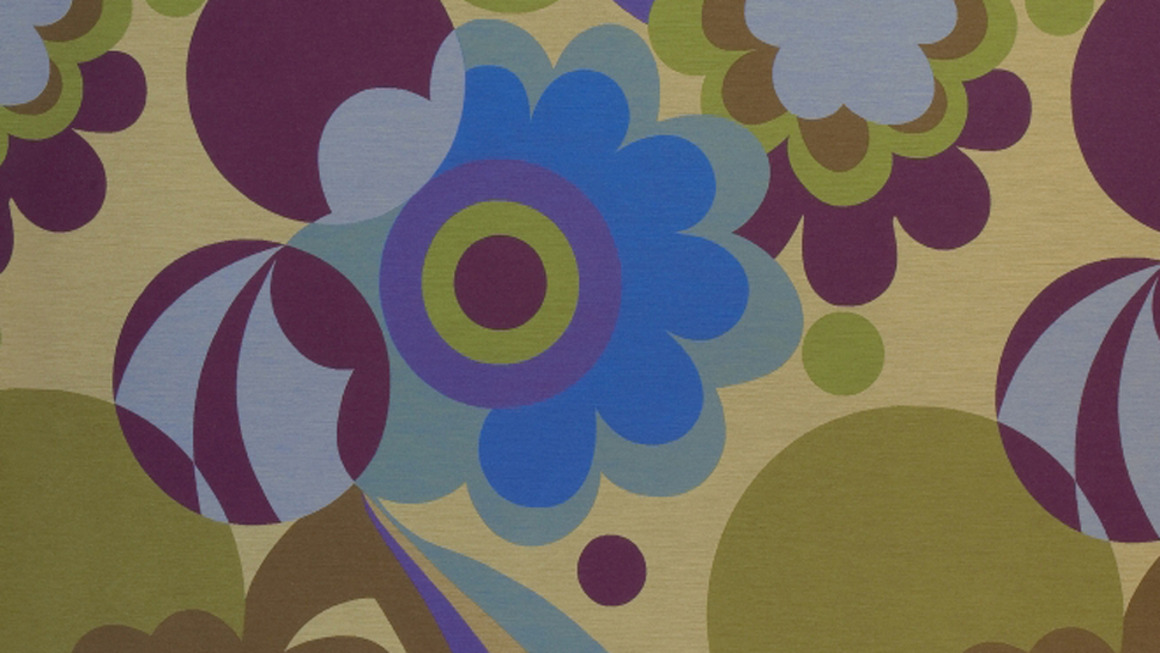 Spiraling, multihued petals superimposed on rings of pulsating dots; draping tendrils of baroque tracery; syncopated stripes and interlaid blocks of vibrant colors: these fecund elements, arranged in a flourishing asymmetrical composition, burst off the canvas. It would seem that the painter Beatriz Milhazes is as much an exuberant gardener as she is an artist of extravagant forms.

The subject of a 2009 exhibition at Fondation Cartier in Paris, Milhazes is among the most celebrated Brazilian artists alive today. Her work displays a playful tension between abstraction and figuration, perhaps mirroring the South American nation's struggle to preserve its native cultural identity as it swiftly absorbs Western influences. Milhazes is part of a generation of Brazilian artists that came of age during the heyday of the 1980s movement Geração Oitenta, which proclaimed a return to painting, liberated by the idea of art for art's sake. Milhazes champions decoration as an aesthetic virtue, and her complex paintings are remarkably composed, reflecting a rigorous approach. Working with a collage-like technique, the artist applies acrylic paint directly onto plastic sheeting that is then cut to shape. The dried paint is peeled from its backing, often imperfectly, and intuitively applied to the canvas.

Before the Milhazes collaboration, Maharam had yet to join forces with a fine artist, despite a long history of working with industry outsiders. Horto was brought about by the design studio's persistent challenge to create a contemporary floral pattern. The artist began by drawing "a kind of magical, hybrid plant" at a bold scale; the Maharam Design Studio worked closely with her to translate the composition of curvaceous shapes and abstracted blossoms into textile form, trying several different techniques—including printing on plush cotton velvet—before settling on a finely woven construction chosen for its clarity of color and smooth delineation.

The name Horto, "garden" in Portuguese, refers to the neighborhood in which Milhazes lives and works; her Rio de Janeiro studio is located next to the botanical gardens that provide much of her inspiration. As a finishing touch, Milhazes chose the names of the three color variations herself—including Acerola (named for a cherry-bearing shrub) and Jabuticaba (after a Brazilian tree that produces purple grapelike fruit) among her tropical picks. 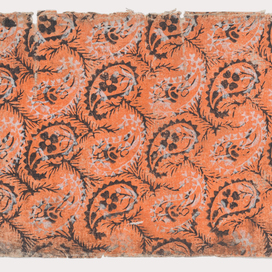