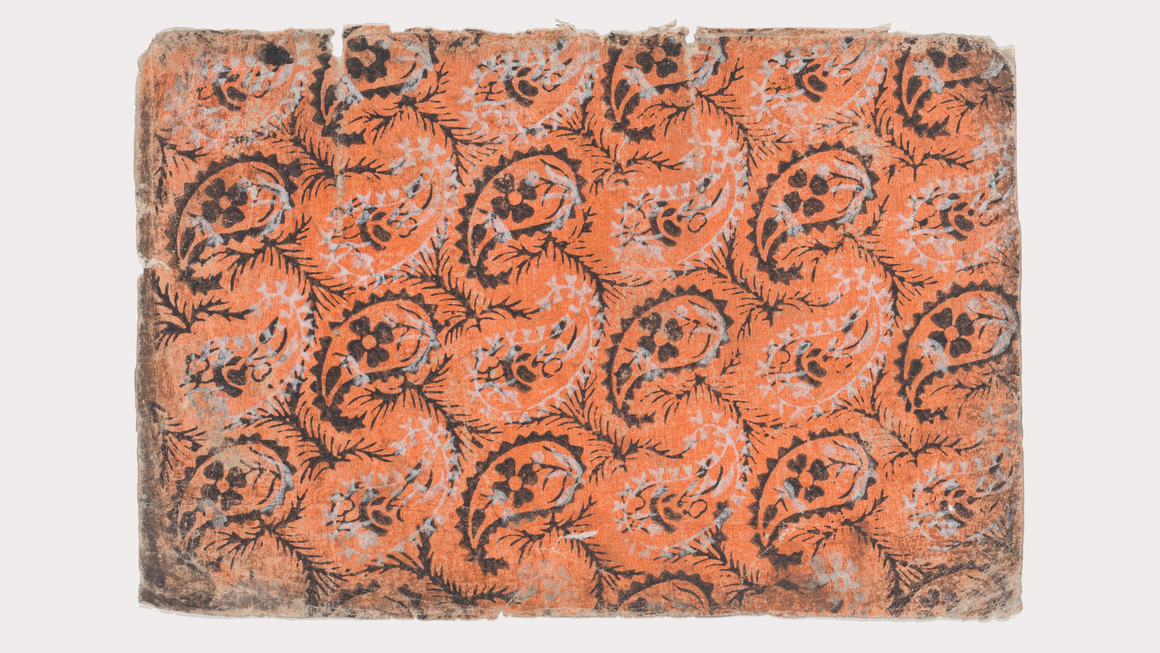 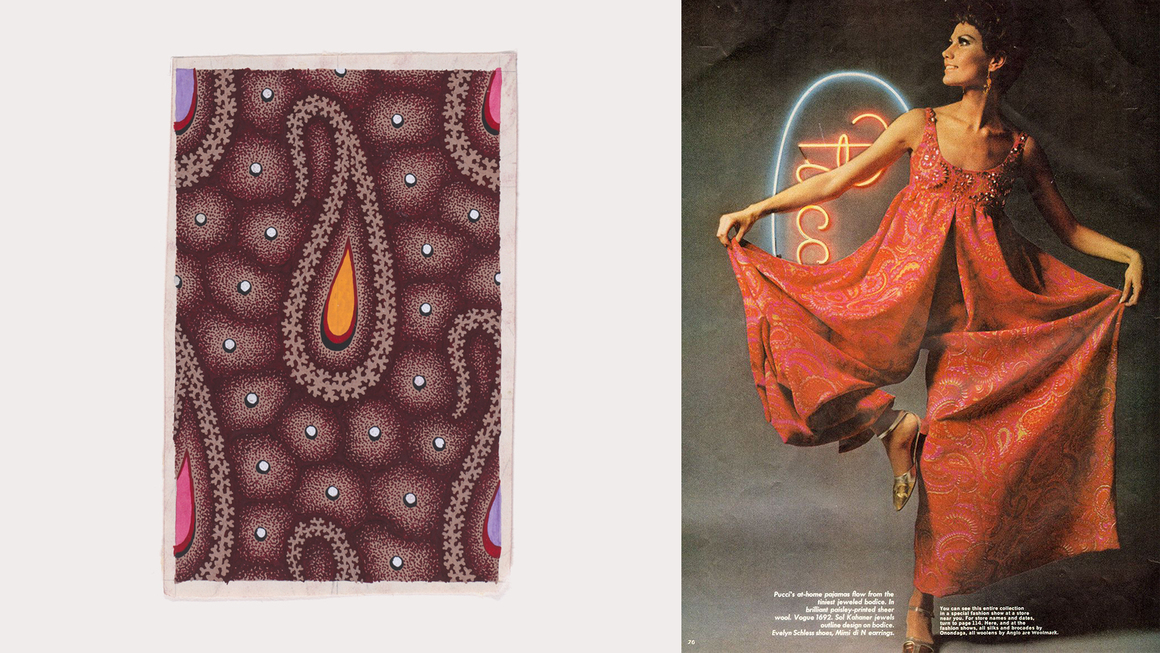 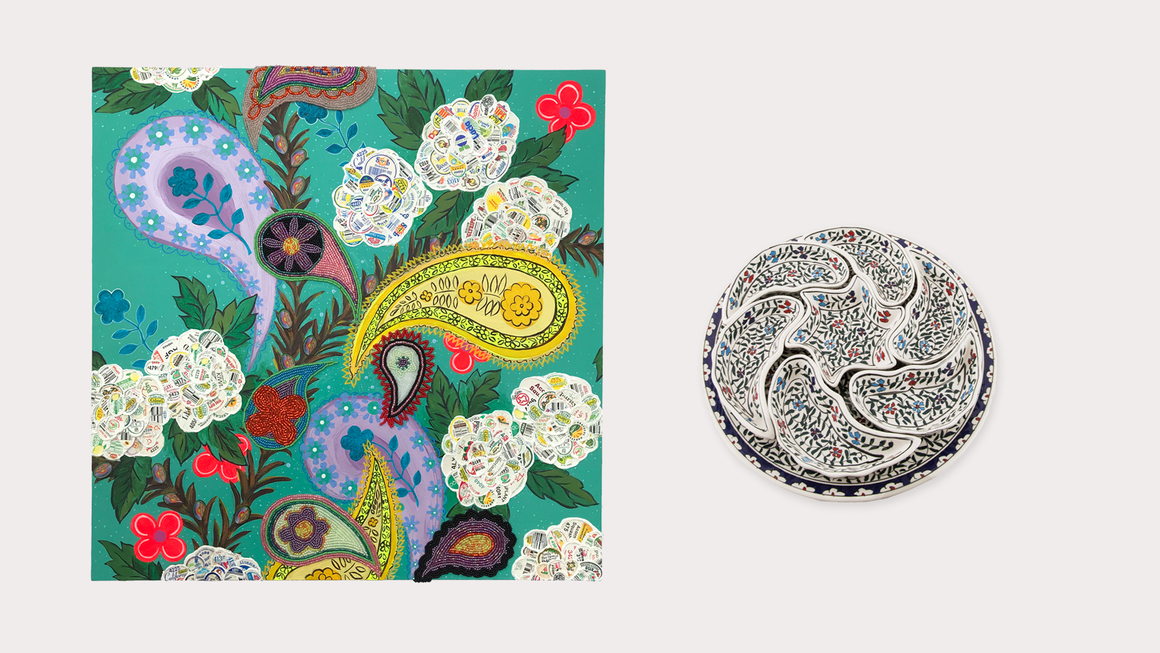 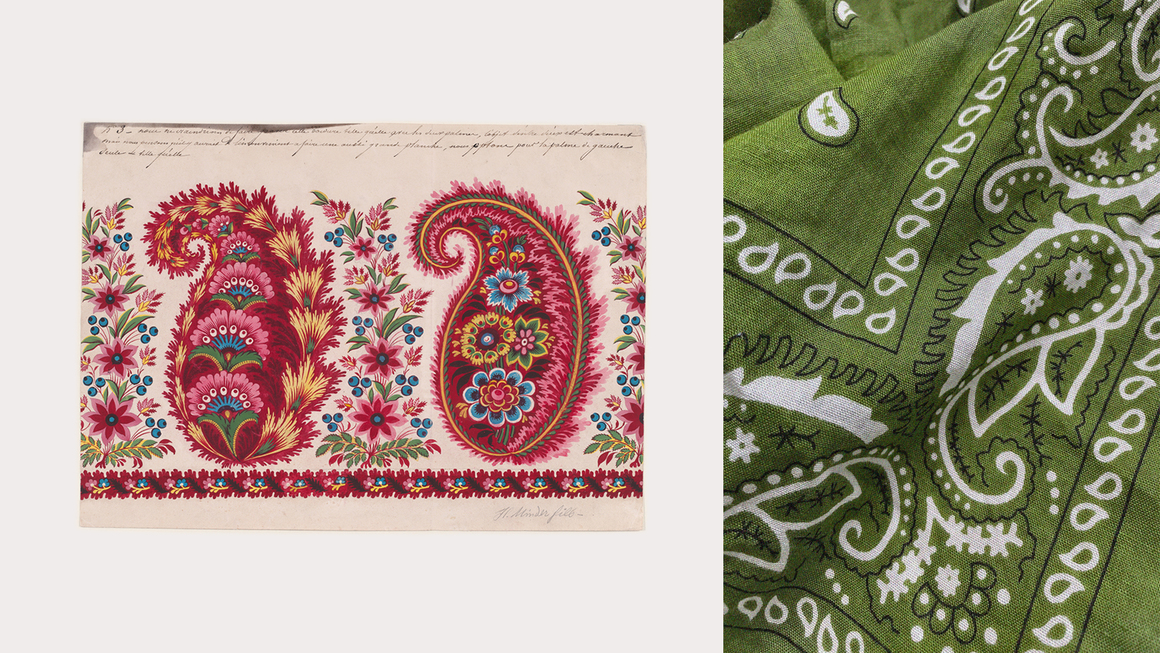 How do designs communicate meaning? And if they are symbols, what makes them timeless and of enduring interest? The paisley motif (also known as the boteh, pine cone, and Persian pickle, among other names) is a centuries-old decorative element. The paisley is claimed by various cultures, even the most ancient, perhaps because the earliest versions were based on the simple and universally appreciated shape of a leaf. Over the centuries, the leaf has been stretched, twisted, and elaborated upon to suit the intended message. My interest in the paisley dates to something I was told as a child—that the motif was once printed by using the outside edge of a clenched fist as the printing block. True or not, I loved the explanation. Years later, the Iranian American textile designer Ali Dowlatshahi taught me how to color textile repeats and introduced me to the popularity of the paisley in both Persian art and American textiles.

The history of the paisley shawl in Europe during the 19th century has always been of interest to me, not only because of the role it played in fashion, but also due to its role as a political, social, and economic tool of colonialism. It’s a complicated history, and a well-documented one. A fine, oversized shawl from Kashmir could cost as much as a townhouse in London at one time. But rather than focusing on a specific period of the paisley, I’d like to examine its enduring appeal.

The basic paisley shape can be seen across ancient Greek, Roman, Byzantine, Armenian, Indian, Persian, and Kashmiri cultures as a motif in jewelry, objects, sculptural reliefs, textiles, and rugs. It seems to intermittently reemerge in fashion during periods when “the West” engages with “the East.” Its popularity in Europe and the United States spanned the 19th and early 20th centuries. The late 1960s (specifically the hippie counterculture of the Age of Aquarius and the Summer of Love) saw a fierce return of the motif, due undoubtedly in large part to pilgrimages to India, Afghanistan, and Nepal. These pilgrimages—real or imagined—were cloaked in a cloud of weed, tie-dye, embroidered clothing, and paisley-painted modes of transportation. The exaggerated paisley became a psychedelic trope of the counterculture. Of course, in India, Afghanistan, and Nepal its popularity never waxed and waned. But for the West, it is this ideal of a spiritual, ethereal East—with its connotations of hallucinogenic euphoria—that the paisley has come to represent. And for artists and designers it is a shape that easily lends itself to new interpretations.

The paisley has been quite prevalent in textiles and fashion these past few years, perhaps paralleling our involvement with the politics and power struggles of the Middle East. In its essence I believe the paisley represents the miraculous cycles of nature. The image of a bud unfurling into a leaf is a paisley; the cypress bowing to the wind is a paisley. And yes, your pickle may very well be a paisley too. To then take this shape and place a tree, a branch, or a cluster of flowers within it is to celebrate the essence of life and fertility.

The oversized, somewhat pixelated, computerized forms of Paul Smith and Maharam’s textile collaboration Paisley Brocade bring to mind the flower motifs of Anatolian double-knot halis, or pile rugs. The stepped, gently geometric curves remind us of the system and order behind the most delicate of forms. Smith’s exclusion of the outer shell, the teardrop or the leaf, reduces the motif to its essential truth: life and growth prevail. The magical garden remains a destination.

Portions of this essay appear in the catalog for the exhibition Paisley, held at the Flatiron Project Space of the School of Visual Arts, New York, in 2017. 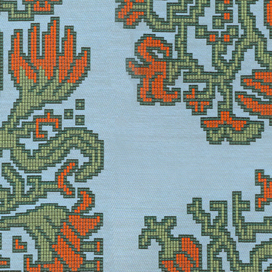 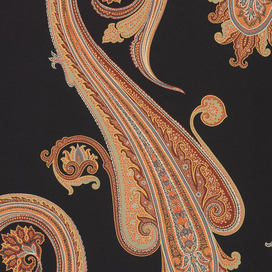