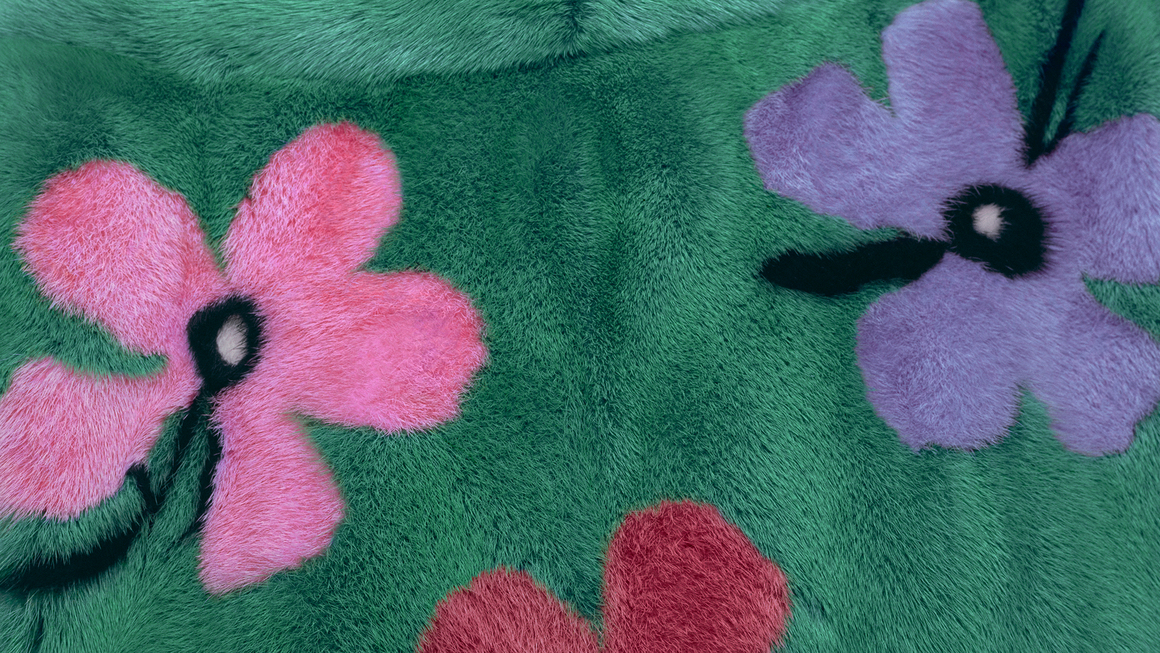 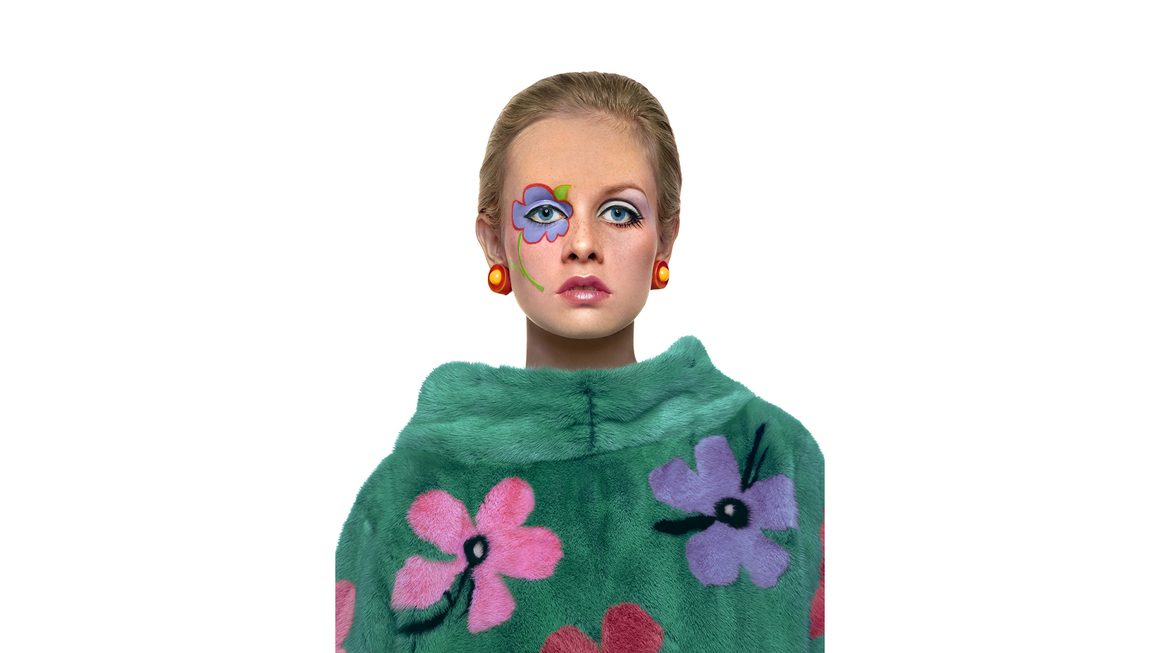 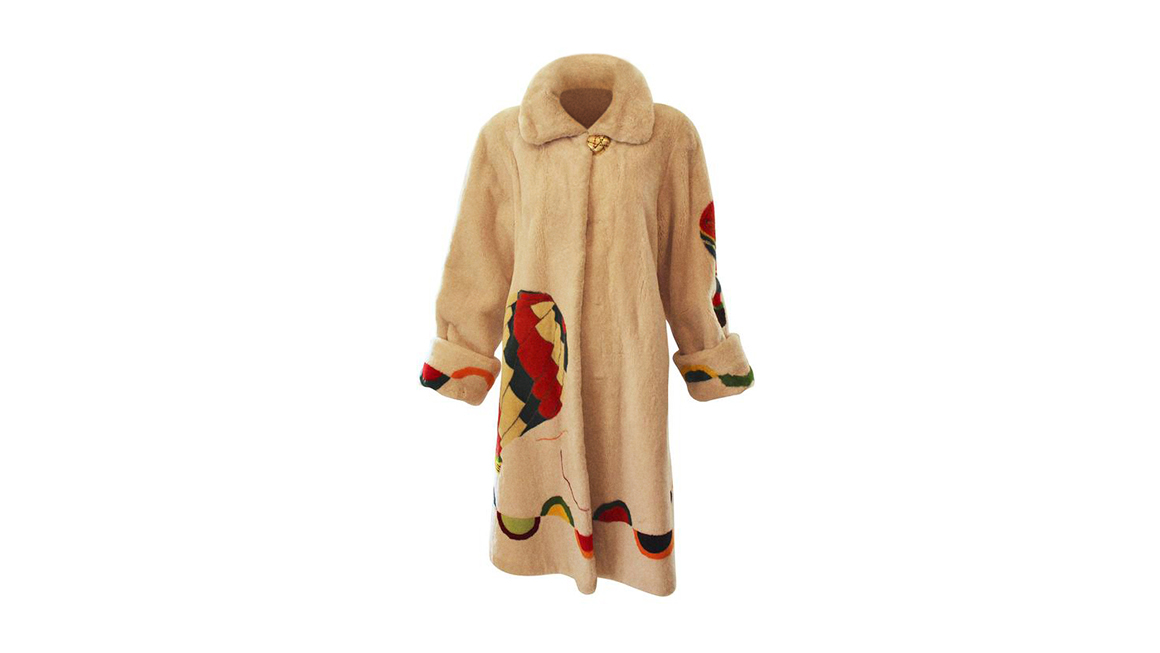 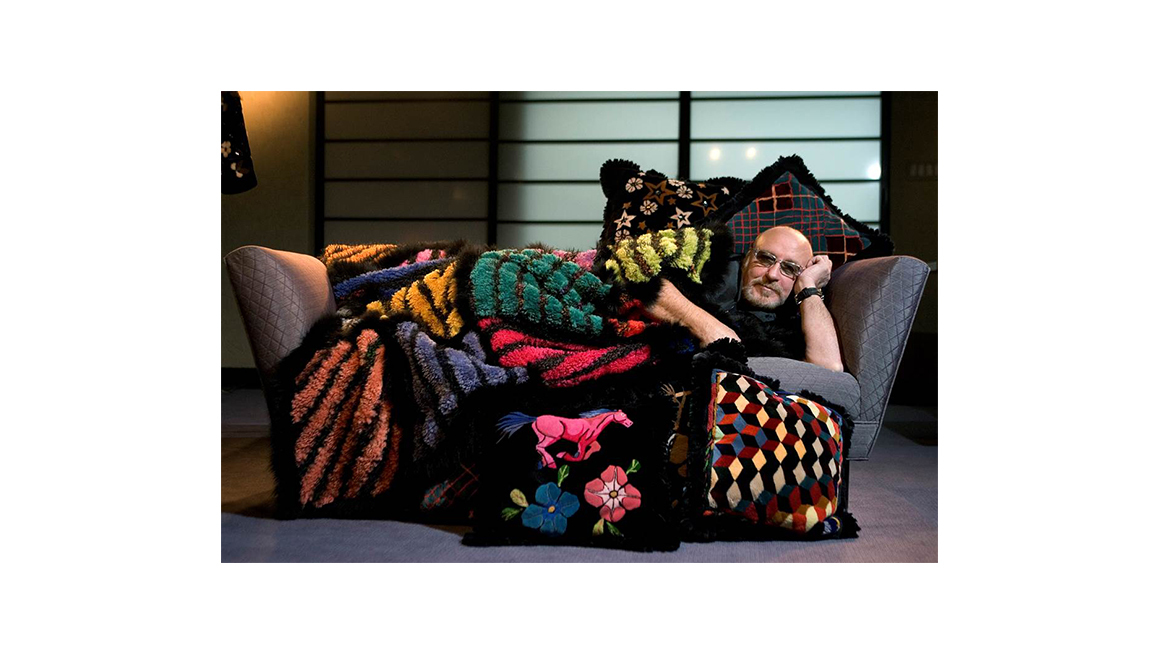 In 1967 Richard Avedon photographed English model and actress Twiggy wearing an Emeric Partos–designed mink turtleneck jacket with an intarsia-created flower pattern that matches her makeup, a hand-drawn daisy monocle. At that time, wearing fur in no way clashed with Twiggy’s status as a poster child for the Flower Child. Meanwhile designer Oleg Cassini embarked on an apologetic metanoia, creating and promoting faux leopard apparel while the real leopard-skin coat he made for Jacqueline Kennedy drove the trend that tragically pushed the cat to near extinction within a few years.

Most furs, even today, are worn, seen, and understood in this key of authentic and inauthentic, faux and real. The high-end market holds it all, including fur printed to look like other types of fur, lifelike faux fur, and even figuration in fur.

Sandwiched between the long sensuous shots of polished escalators and smiling salespeople in Frederick Wiseman’s 1983 cinema verité documentary The Store, filmed at Neiman Marcus in Dallas, affluent Texans are seen buying themselves multiple luxury fur coats on sprees. Texas is not the taiga. People there don’t really need furs, so it’s not surprising that in the ostentatious 1980s, Texas represented a solid market for more conspicuous, unusual, and eccentric fur designs, like those of Zuki Balaila—or Kooky Zuki, as he is commonly referred to.

Worked almost exclusively in sheared beaver, many of Kooky Zuki’s most bizarre designs, including the hot-air-balloon-motif coat I saw at a high-end vintage store in Houston, defy the unspoken rule that fur should somehow evoke an ancient blood pact of mammal survival or even resemble the hunted animal at all.

Kooky uses sheared beaver as an art medium the way a Japanese manga artist uses sumi ink. As Kooky is now retired, André Langevin at the Zuki fur company in Canada spoke with me about my find: “The hot-air-balloon coat was probably made more than fifteen years ago by Zuki Balaila in his Montreal factory. At that time, fur was all over the place and many eccentric designs emerged from Zuki and his collaborators’ minds. We have lost trace of all of them over the years; they’ve gone underground in private collections and although thousands were fabricated, only a few appear from time to time on eBay or otherwise. You were lucky to come across one.”

Indeed, the whimsy of the contemporary Confections Zuki, Inc., furs seems more calculated and thematic than the uncanny polychromatic cartoons of Kooky’s heyday (most likely because the market is a small fraction of what it was in the 1980s—beavers rejoice).

The most interesting aspects of the coats and the occasional throw pillow are the use of figuration: images of flowers, horses, anchors, and so on, as well as the craft labor itself. The skill set honed from making coats of many colors from scraps and leftovers to create a continuously smooth surface is marshaled into a form of inlaid drawing, a special intarsia process in fur that Kooky is widely viewed as inventing. The designer even incorporates his real signature into the lining as if it were a hasty celebrity autograph. “The intarsia process in itself is not hard to understand but it takes magic fingers to materialize,” Langevin explained. 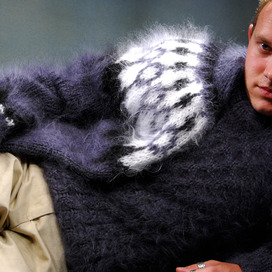 The Sweater Baron of Key West