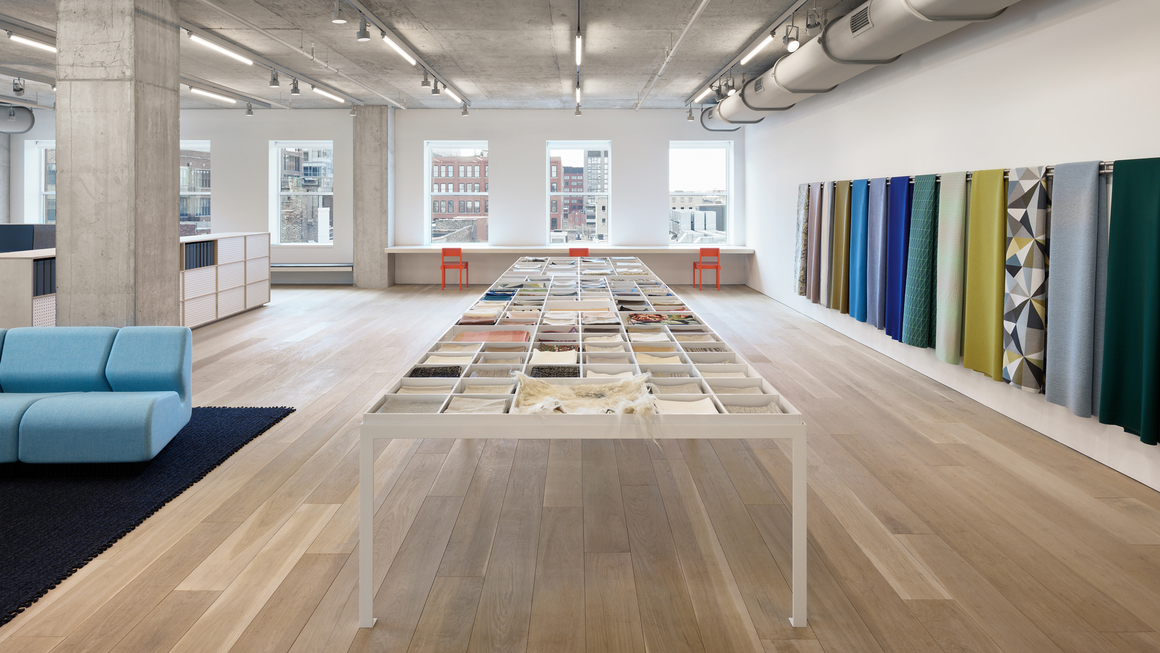 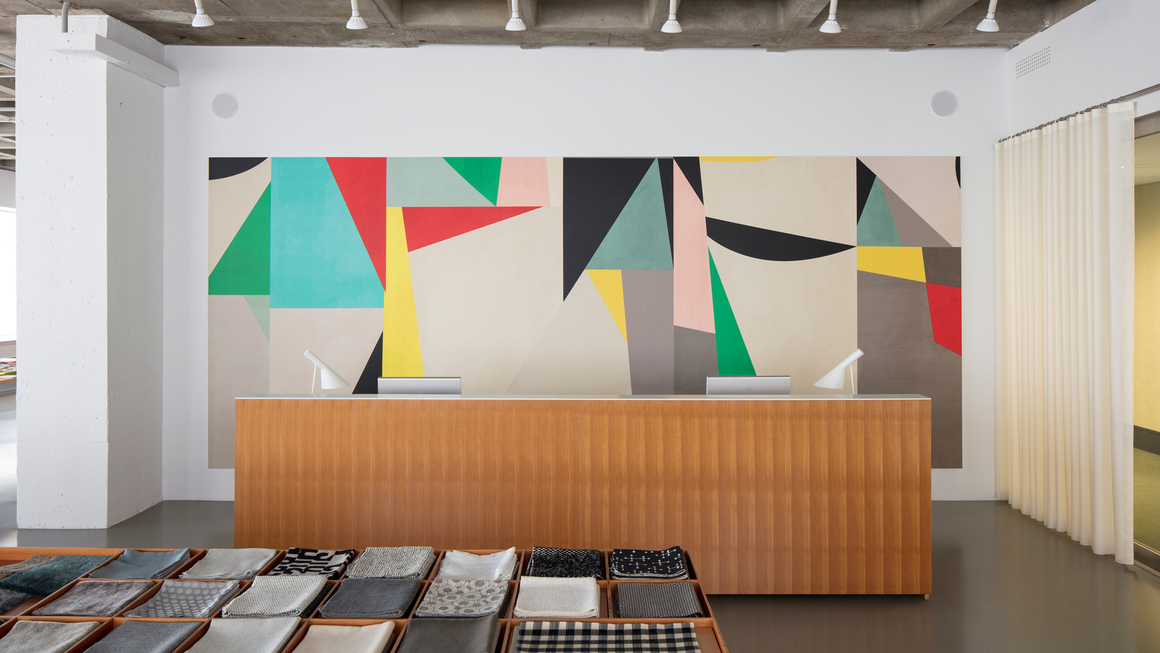 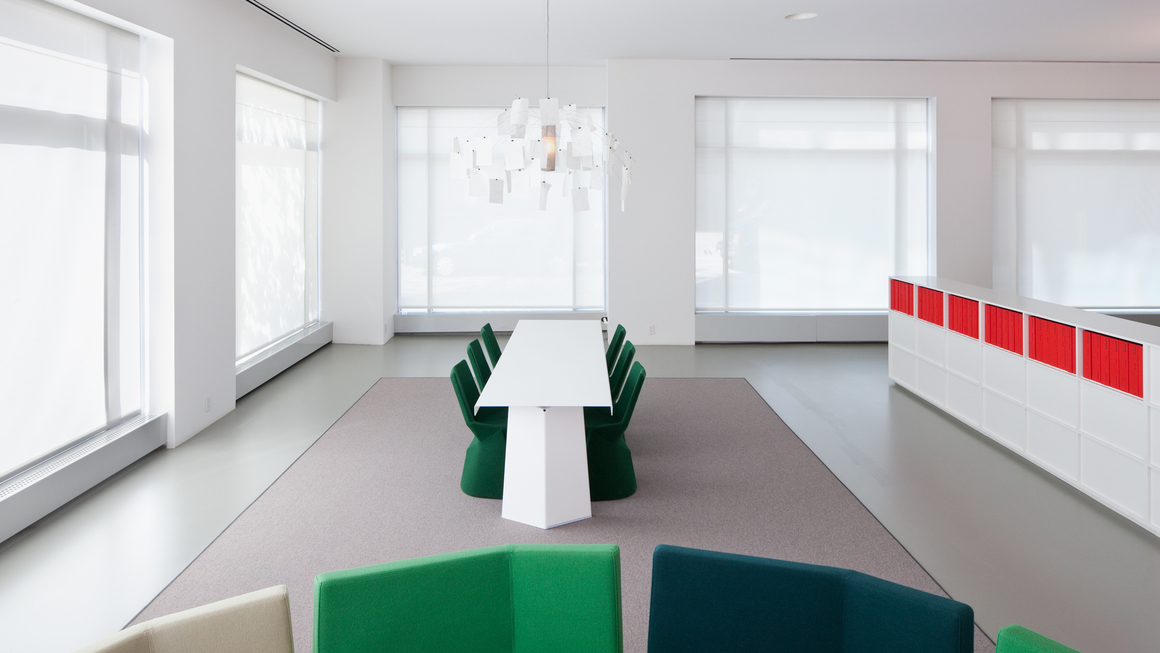 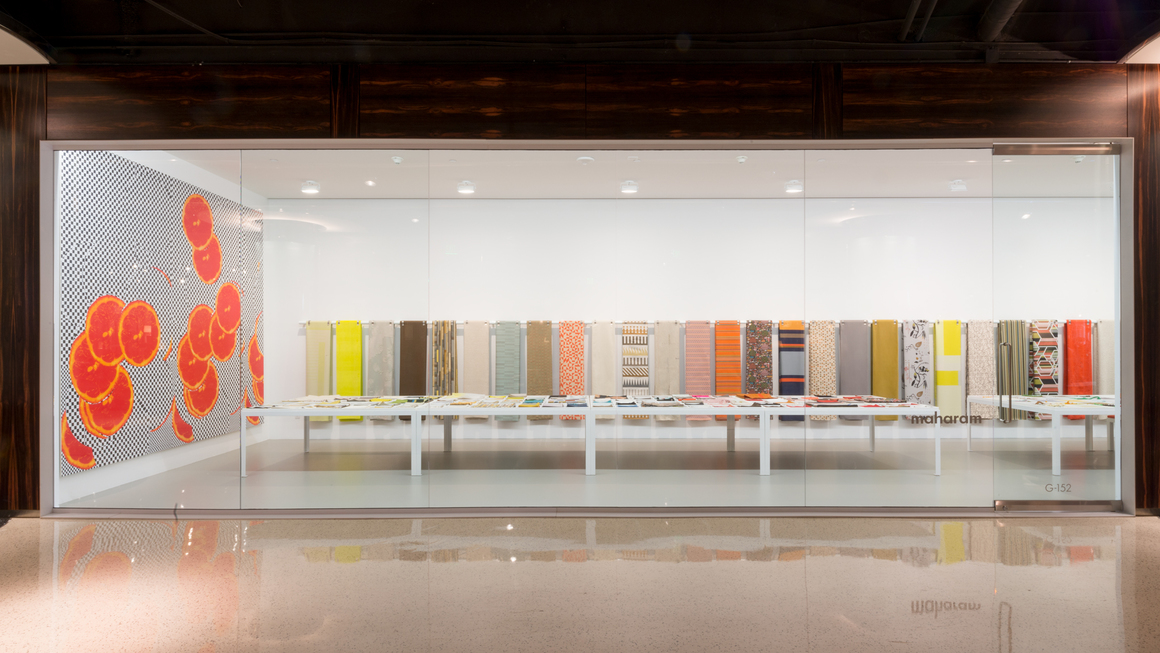 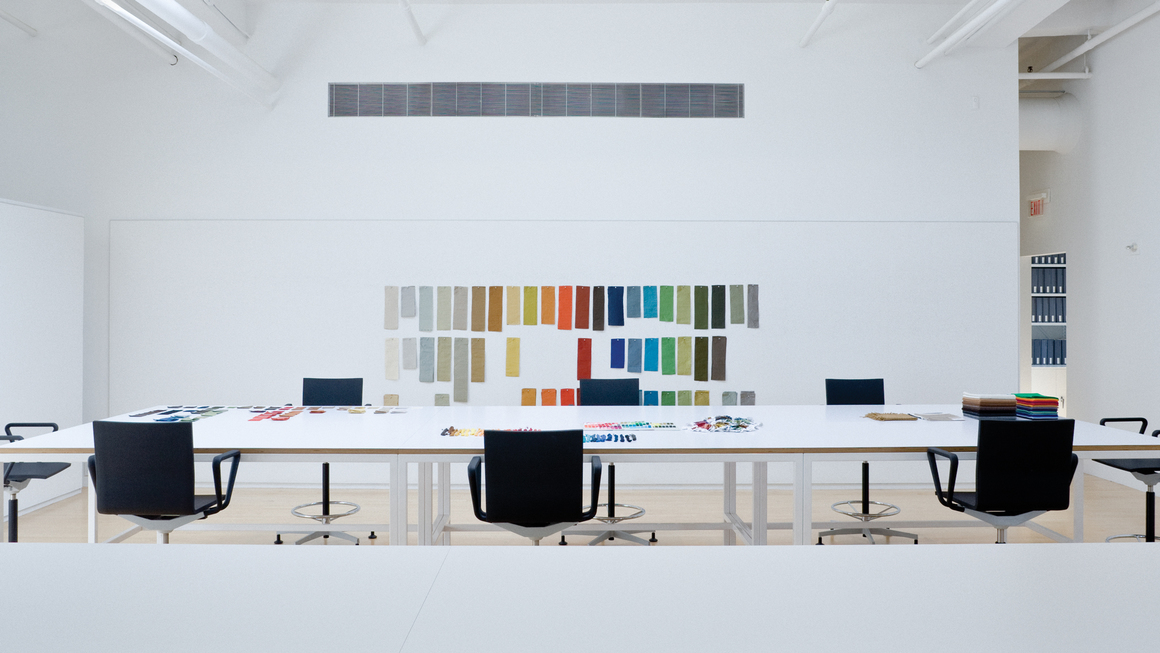 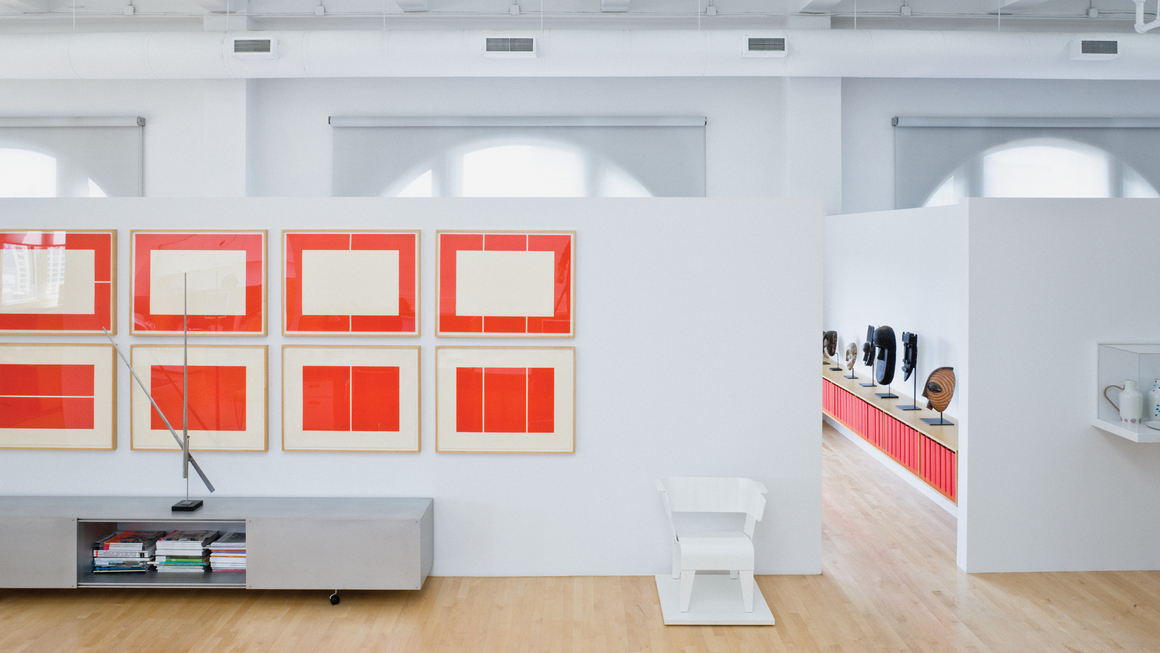 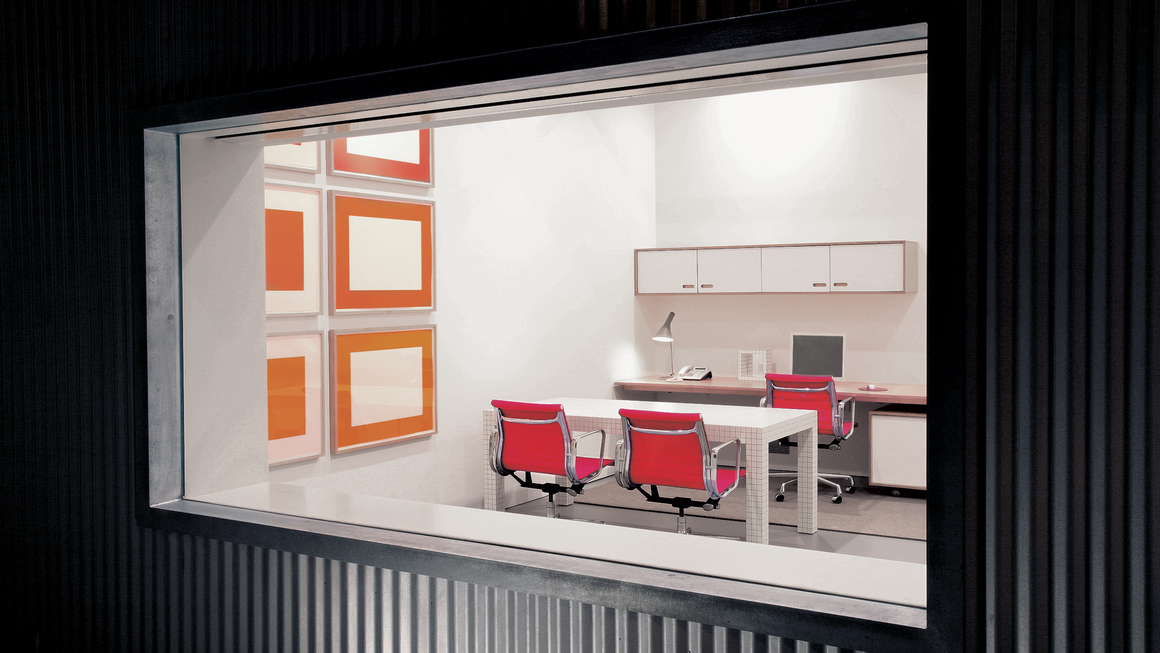 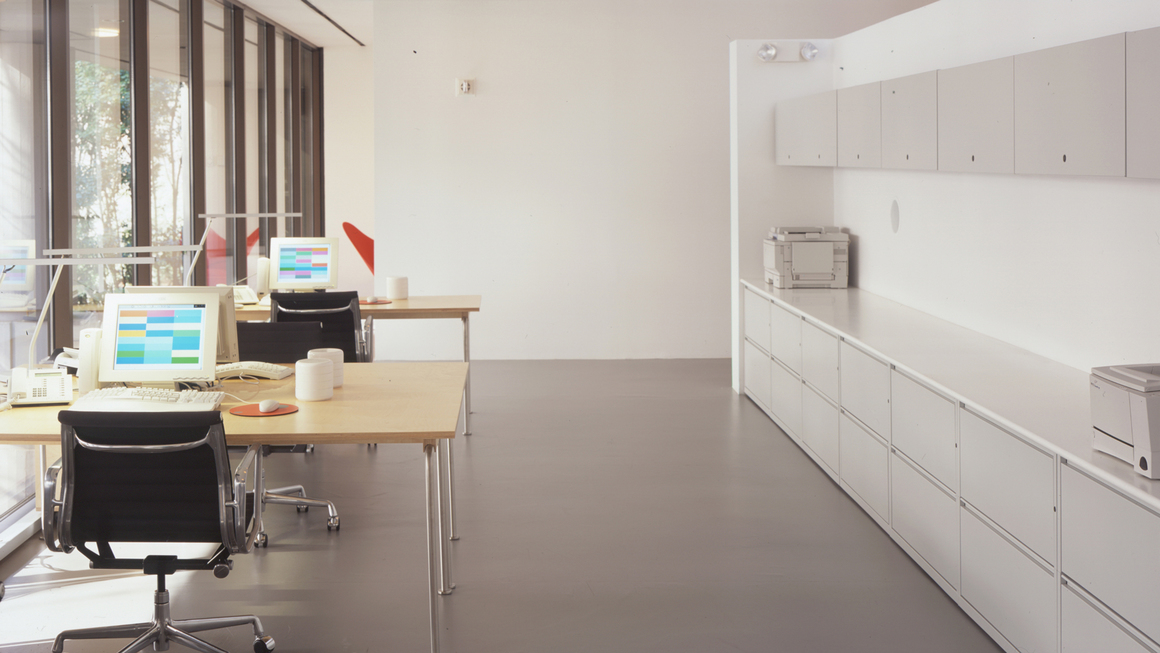 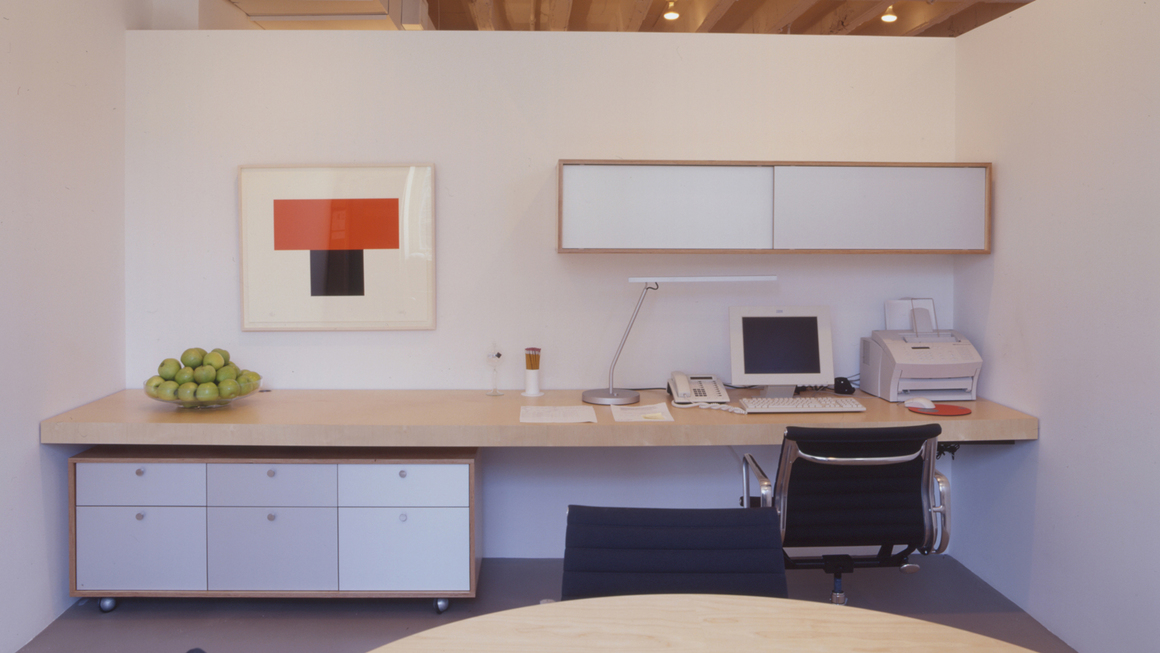 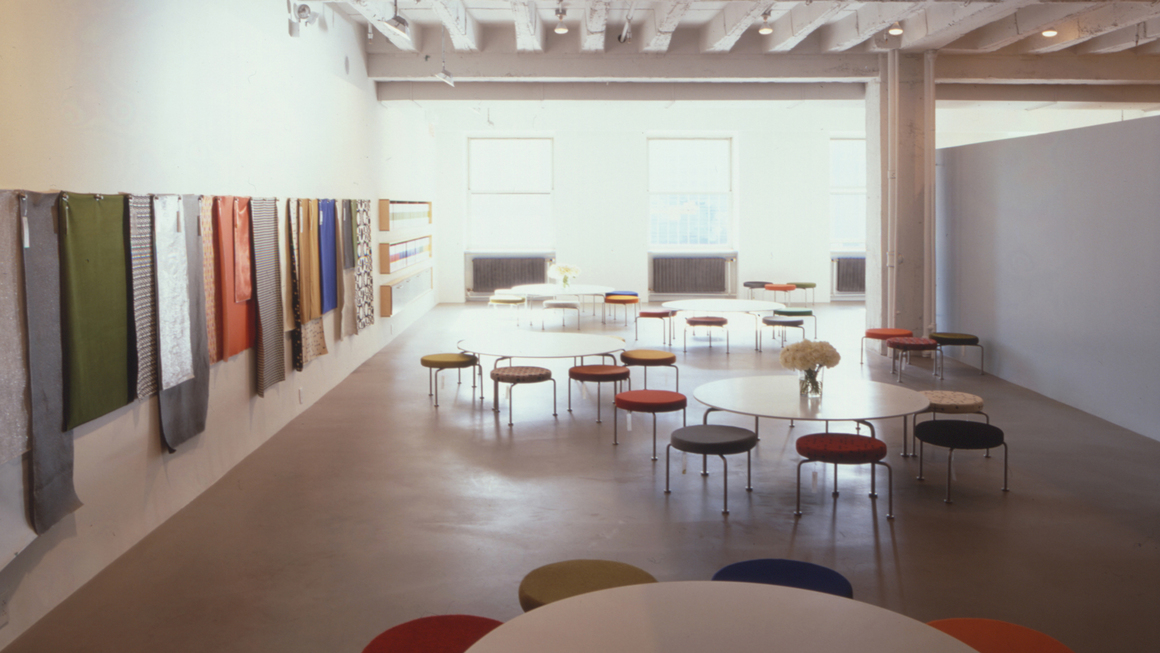 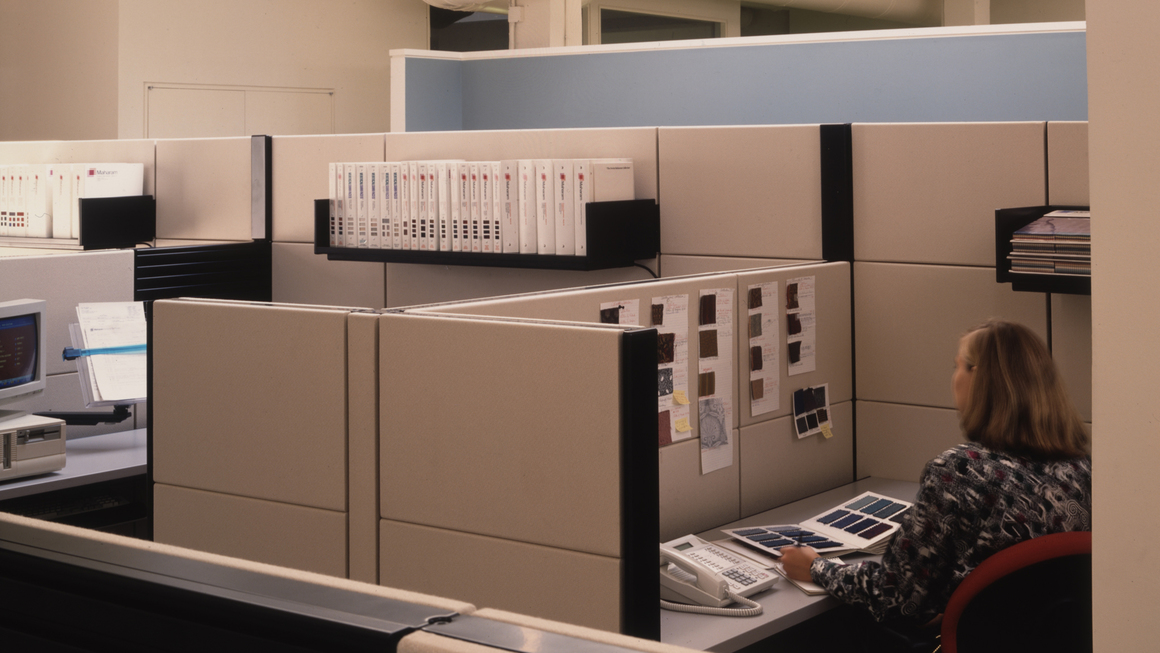 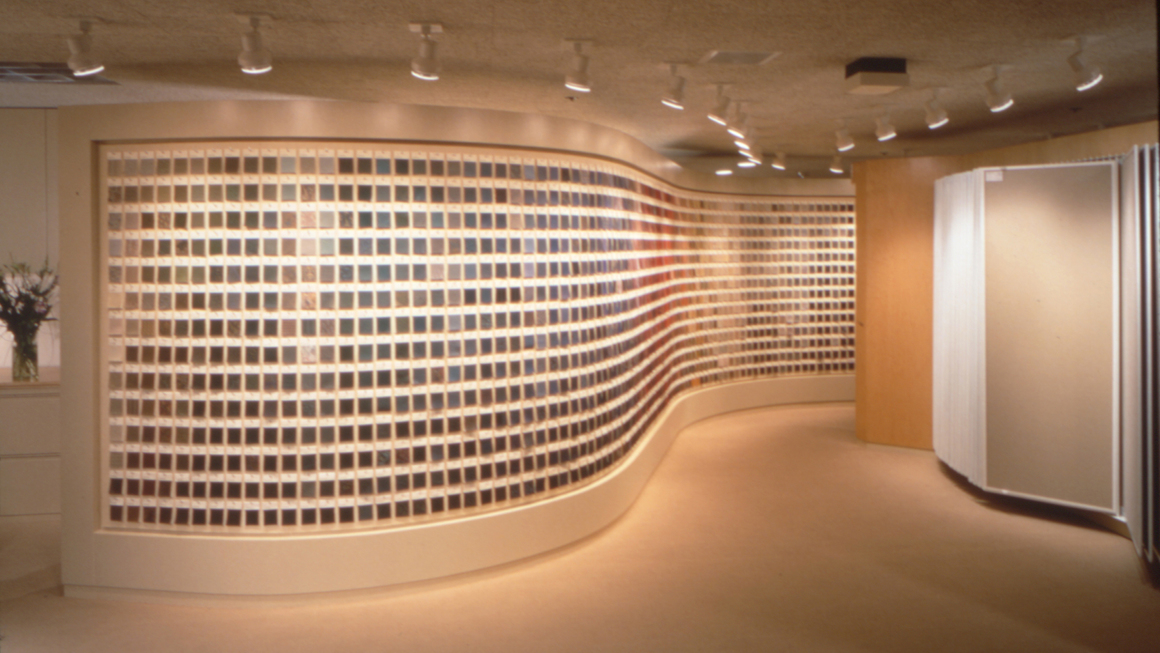 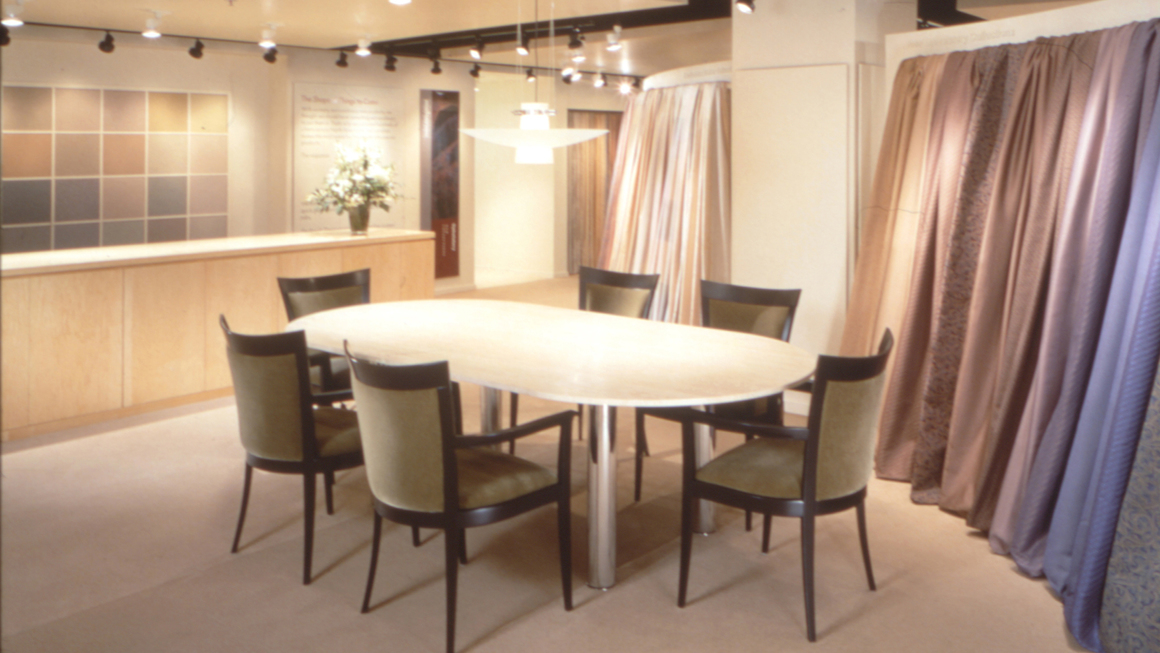 Maharam showrooms—carefully composed gallery-like spaces with clean lines and perceptive nods to 20th-century design classics and contemporary art—are such a clear reflection of the company’s signature style, it is hard to imagine it was ever any other way. But it wasn’t always so. This approach was the brainchild of Michael Maharam, the fourth-generation leader of the family business and then its CEO, and architect Neil Logan, who has collaborated with Maharam on the design of its showrooms for the past twenty years, first as part of Fernlund+Logan and, most recently, under his own moniker. To mark the openings of Logan and Maharam’s latest spaces in Chicago’s Fulton Market and Los Angeles’s historic Helms Bakery District, the architect recalls his early work shaping the spaces that would become emblematic of Maharam’s identity.

FB: Do you remember the first Maharam project you worked on?

NL: Yes, it was the remodeling of the Chicago showroom in 2000. Michael wanted it to be ready in time for NeoCon, the annual commercial design fair in June. Michael had just taken the reins of the company, together with his brother, after many years of Maharam being run by other people and hired us when they took over. He was eager to make changes.

FB: What brief did Michael Maharam give you when you first met?

NL: Maharam was looking to remodel all its showrooms across the country. Chicago was a sort of trial balloon. It was to be a model for other showrooms. Until the mid-2000s, Maharam had many small regional offices, and our job was to consolidate them and create bigger, more centralized spaces. When we got there all the showrooms had wall-to-wall carpeting and these very specific, early ’90s PoMo chairs. Our strategy was to take everything out and start over, to slowly put in things that we liked. We wanted to create more flexible environments that could incorporate libraries, meeting and event spaces, design studios, and so on. It was a bit of a struggle at first because some of the changes also meant the work culture had to change—the remodeling was part of a larger transformation for Maharam.

FB: How has the “house style” evolved over the years?

NL: Very gradually, very organically. We always looked at what worked in one project and then made it better for the next. In general, I would describe the “house style” as a strong material identity—light-colored wood in combination with white and different metals. We also like to use felt in many projects. One thing we did immediately was abandon the office cubicle and substitute it with large group workstations. At first we designed our own but, as we took on more and more projects, we used premade ones by UniFor. The idea was to move away from the concept of a “fabric showroom” and turn it into more of a gallery or exhibition space. We tried to create a general sense of spatial neutrality so that the textiles and wall displays were what stood out. We developed a bar system where all the textiles could be hung. We also introduced textile table displays, especially for residential materials. That idea actually came from bookstores. Basically, we tried anything to get away from presenting textiles in classic swatches, which is just so tired. We questioned every showroom convention and always asked ourselves: What else can we do here?

FB: What other changes were you involved in?

NL: While we were improving the showroom experience, the overall identity of the company was also changing—the graphics, the selection of textiles, everything. Michael was very interested in reissuing classic 20th-century designers like Alexander Girard, Verner Panton, Gio Ponti, and Anni Albers. Maharam was definitely very early in exploring that. He would bring in art—prints by Ellsworth Kelly, sculptural furniture by Donald Judd—that would end up in the showrooms and become part of the company’s design language. We also collaborated with artists including Liam Gillick, Sarah Morris, and many others, which continues with Maharam Digital Projects.

FB: Do you have personal favorites?

NL: I especially like Maharam’s collaborations with contemporary designers. Konstantin Grcic has made some beautiful textiles, as has Hella Jongerius. Her projects with Maharam—going into the archives and looking at older pieces, transforming them—are particularly interesting. I really like her work.

FB: The new Los Angeles and Chicago showrooms you just finished are the first you have worked on since Maharam became part of the Herman Miller family. You must have had a whole new catalogue of furniture to choose from.

NL: Yes, and it is one of the greatest catalogues to choose from. In our original showrooms we always used the Eames Aluminum Group seating. But, for the most recent project in Chicago, we went with the Cosm. In 2021, there are so many comfortable chairs for sitting at a desk all day.

FB: In 2021, would you consider using the option of wall-to-wall carpet again?

NL: Uh, no. Definitely not. That’s still off the table.