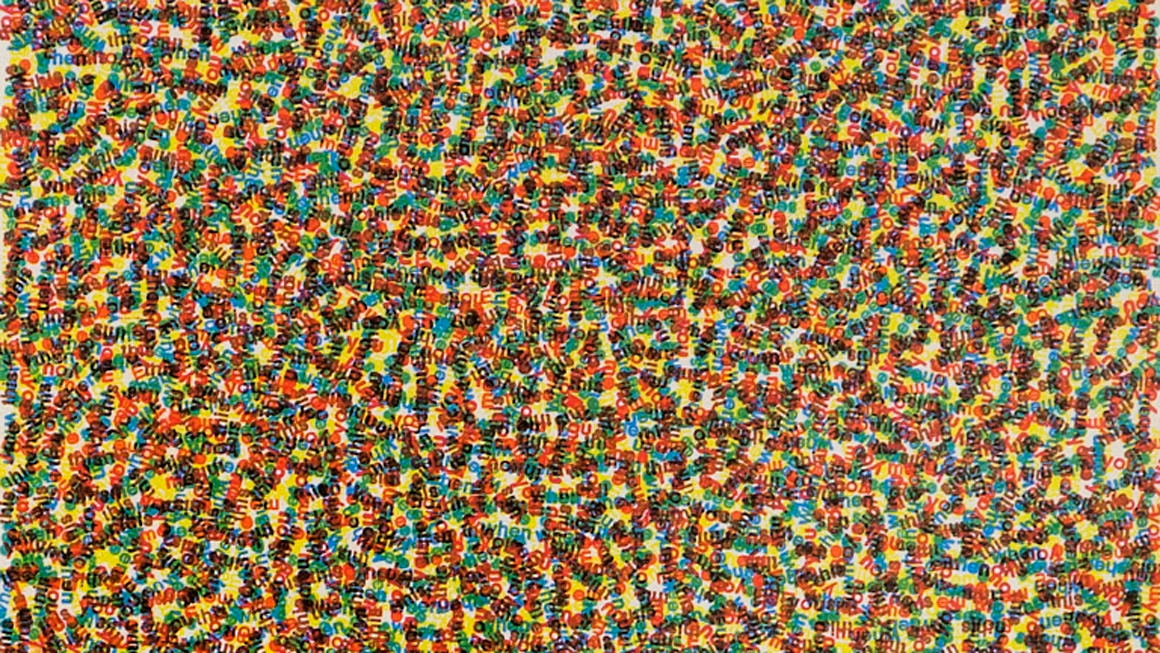 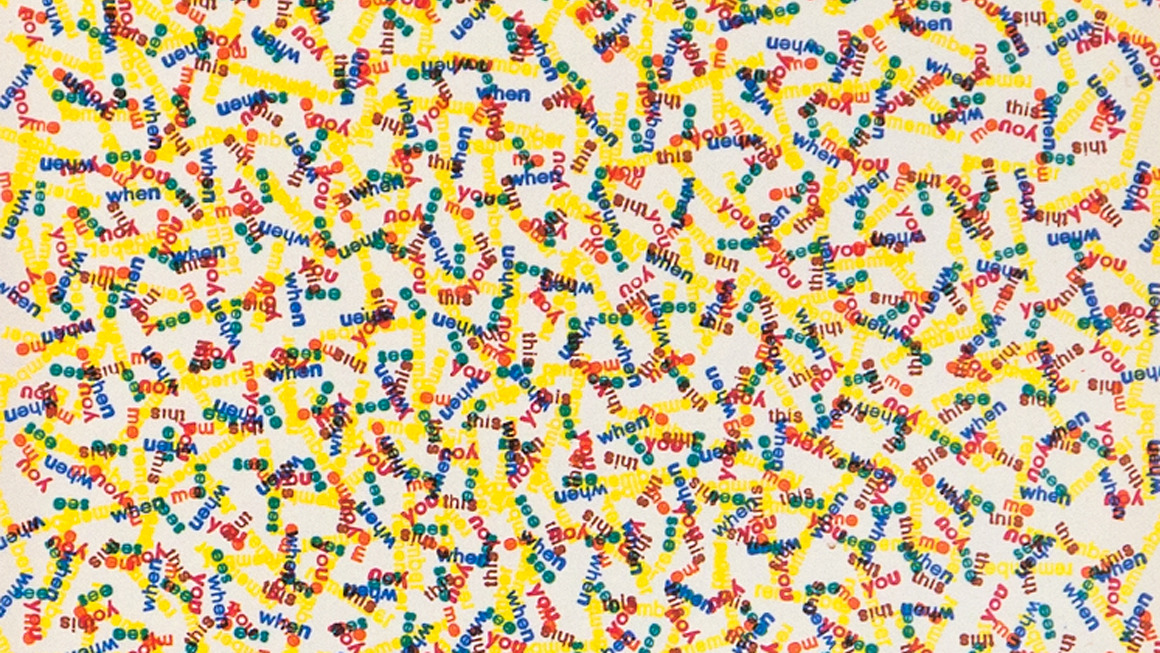 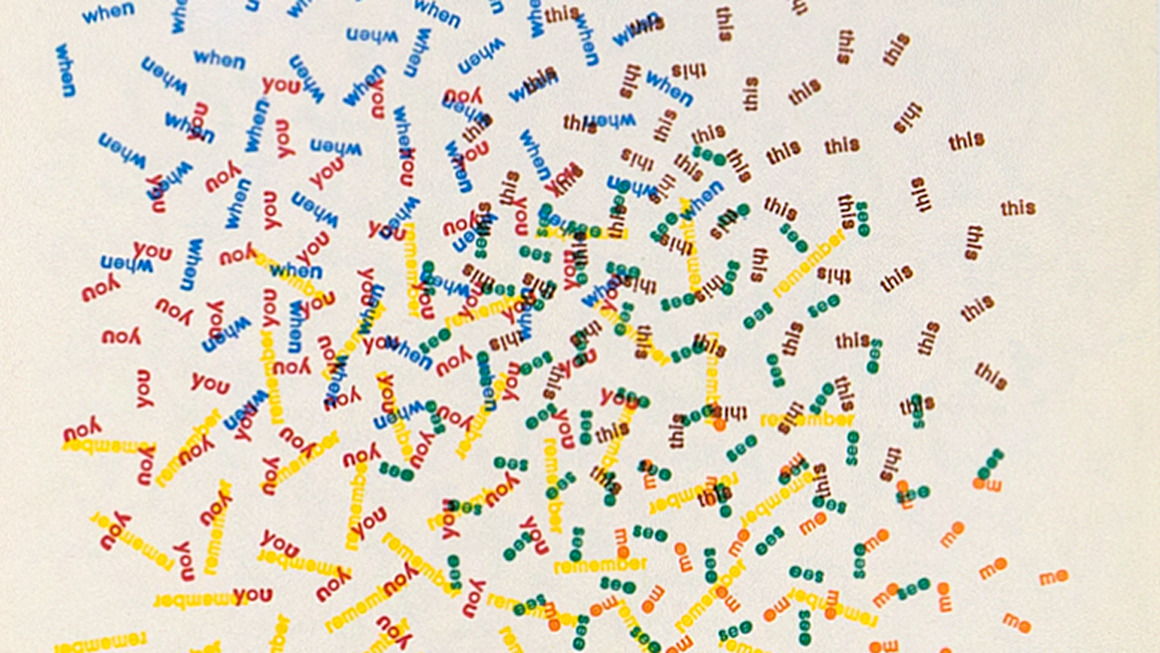 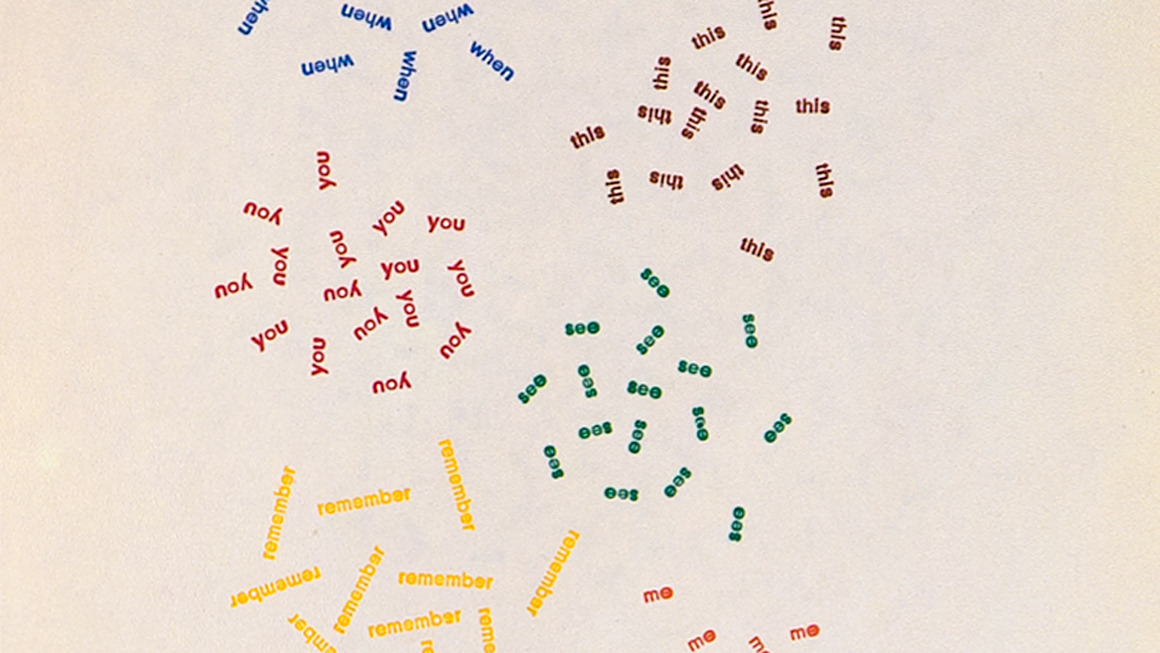 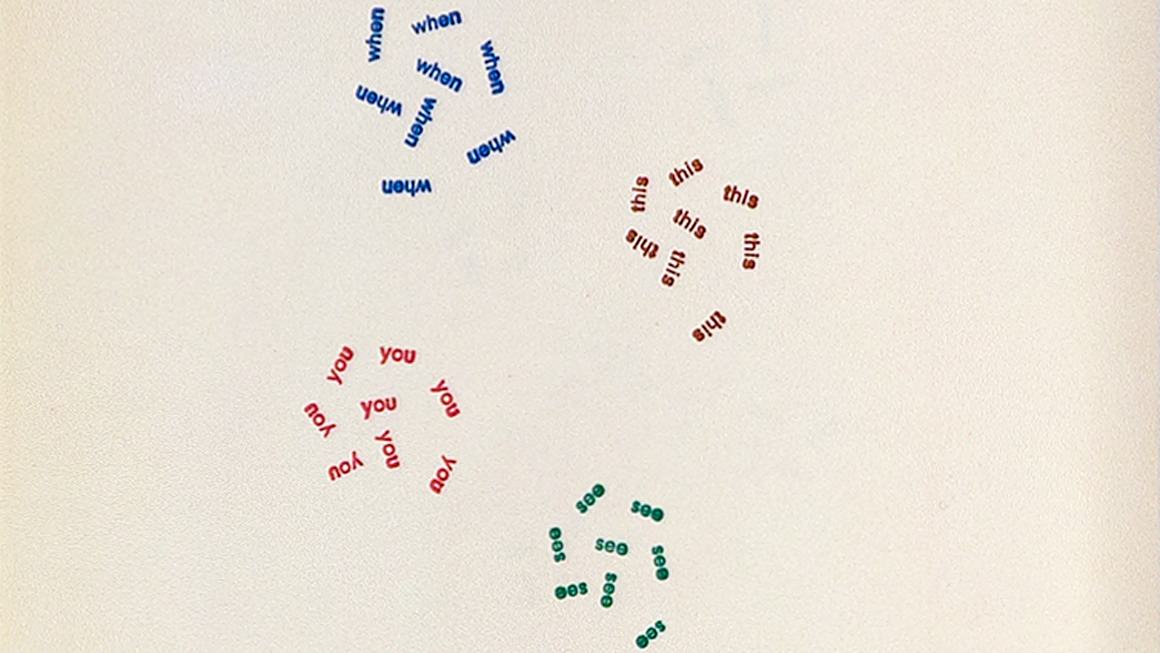 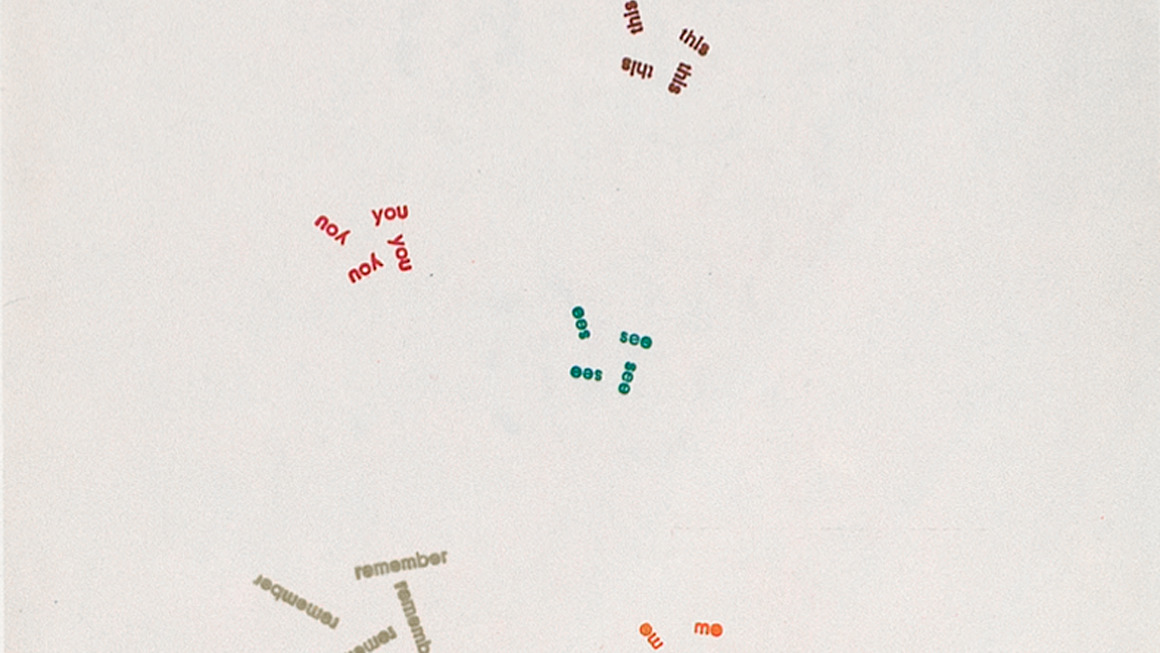 In his book Uncreative Writing: Managing Language in the Digital Age, poet Kenneth Goldsmith advises blocked writers to simply “Write five words. Any five words.” He cribs the idea from Gertrude Stein, who wrote a self-descriptive poem in 1930 that read, “Five words in a line.” In 1965, poet Emmett Williams created this piece, 13 variations on 6 words of Gertrude Stein.

If five words, according to Goldsmith, are meant to unblock the blocked writer, the addition of a sixth seems to have opened the floodgates. Williams selected another Stein quotation, “when this you see remember me,” and colorized each word—a new frontier for concrete poetry at the time—and then stamped those six again to make twelve on the second print, those twelve again to make twenty-four, and so on. The result is 24,576 words from the initial six, overprinted so as to nearly blacken the page from overpopulation. The color-flecked brownish black in the final variation evokes a Donegal tweed suiting fabric, sending the sequence from text to texture to textile and back again.

Interestingly, Stein’s source may have come from the world of fashion as well—women’s fashion. Years after doing the series, Williams visited the Mariners’ Museum in Virginia and discovered a whalebone busk, used in ladies’ corsets for improved posture. This busk bore a somewhat common scrimshaw inscription: “To [blank] / When this you see / Remember me / A friend & a friend will be / Give to friendship / Friendships due remember / Me and I will you.” I like the idea of this keepsake inspiring Stein, who honed the language into one of her best-known phrases, “when this you see remember me,” which inspired Williams to create a series where both the message and its color are clad in one layer after the next until both are hidden—only for Williams to find Stein’s source revealed in a museum display showing a 19th-century undergarment.

In Williams’s 13 variations on 6 words of Gertrude Stein, the words begin as flotsam tossed on the page; panel by panel they bloom into flower shapes, explode into celebratory confetti, and slowly darken to their inevitable conclusion. It’s a veritable big bang of language, enough to remind me of another well-known six-word phrase from another well-known American poet. Walt Whitman writes in his poem “Song of Myself,” “I am large, I contain multitudes.” Well put.