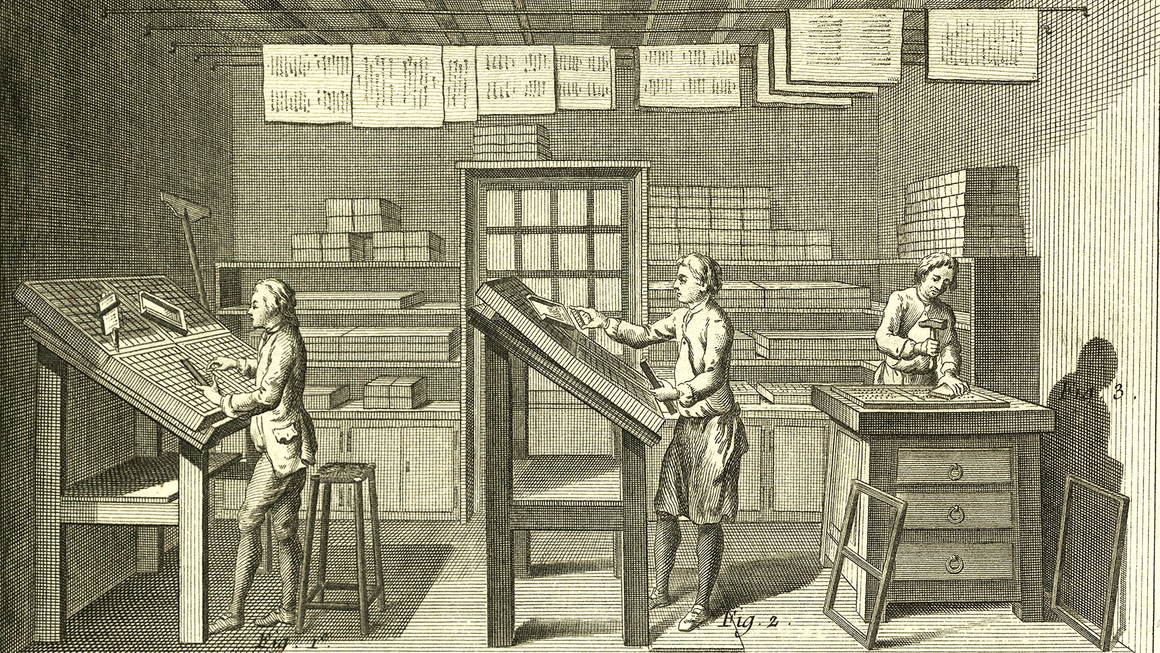 “I am a commercial artist,” Paul Rand said matter-of-factly when I asked him how he preferred to be identified in an essay.

“Do we still call ourselves that?” I asked timidly.

“We are what we are,” he rejoined curtly. “We are artists for commerce—so I’d rather say commercial artist.”

Commercial art, signifying type makeup and page layout, began in the early 19th century, ostensibly executed by printers. The experienced printer “composed” pages. But some did something more—they designed things.

“Layout artists,” as they were unofficially termed, were pulled out from the press room to work at drafting boards. Then, around the turn of the century, the design profession began to slowly emerge from the primal ooze and these layout artists, also called boardmen (and were mostly men but there were some women too), soon took the Gilded Age moniker “commercial artist.”

“Art” was the technical term for any kind of pictorial material used in printing. It wasn’t a value judgment but a fact: “Let’s get some art to fill the page,” an editor would say to a boardman. To distinguish high from low art—meaning gallery and museum art from reproduction art—the word “commercial” was invoked to imply its ignoble status. Initially, this art was commissioned by the art editor.

Clark Hobart for the Burr McIntosh Monthly (1903–10) was the first reference to an art director that I have found. Hobart’s job was to fill the pages with art on pages that he sketched out or designed for the compositor to follow.

Professional terms continued to expand throughout the early 20th century. There were book designers, poster artists or affichistes, advertising artists, illustrators, and more. And add to that list some foreign terms: gebrauchsgrafiker, grafisch ontwerper, graphiste, etc.

On August 29, 1922, W. A. Dwiggins used the phrase “graphic designer” in an article in the Boston Evening Transcript titled “New Kind of Printing Calls for New Design” to describe his own work as an illustrator, advertising artist, calligrapher, typographer, type designer, and book designer. The term was not widely circulated at the time, but would crop up again and again during the 1930s and ’40s. Yet “commercial artist” was still the dominant term.

“To see the commercial artist as nothing but a pitchman is a little too glib,” Rand wrote in American Artist (October 1970). “What about the special skills of the commercial artist, his way with type and typography, his knowledge of reproduction processes, his design ability, his showmanship . . . and, yes, his salesmanship?”

Funnily, just as the average person has become aware of graphic design today owing to the personal computer, the terminology is again in an evolutionary state.

The digital revolution has recast both the terminology and the practice. Today the description “commercial artist” is quaint. Visual communicator, visual designer, information architect, content designer, however, seem strained. Digital designer and data visualizer are more up to date, but lacking in scope. Graphic designer, while not entirely satisfactory, is nonetheless comfortable. Maybe we should take a cue from the medical profession: all doctors are doctors, but they have their specialties too. So how about being a graphic designer / typologist or graphic designer / data visualist? Or maybe, in the name of keeping life simple: commercial artist?

Steven Heller is a New-York based writer and co-chair and co-founder of the MFA Designer as Author program at the School of Visual Arts.

This text is an excerpt from Maharam Stories, (Skira Rizzoli, 2015)