Dutch typographer Karel Martens has been making experimental prints since the 1960s. His optical typographic forms are printed in a minimal palette of primaries, with purposefully skewed registration that contain revelatory detail and surprising nuances. For Maharam, Martens created Dutch Clouds and Cosmos, two large-scale scenes composed of a multitude of miniature icons. This inclination to give graphic dimension to various surfaces gave way to his explorations in producing kinetic sculpture.

Martens created his first kinetic work in 1968 by printing a dot pattern on two glass disks and attaching the disks to the second and minute hands of a clock—a moiré effect was created as the disks ticked around. In recent years, Martens has revisited the project, creating clocks in various combinations of color, text, and found ephemera.

Akin to Bruno Munari’s Useless Machines (1933) and the Eameses’ Solar Do-Nothing Machine (1957), the clocks alter expectations of functionality, bringing delight and intrigue to a familiar object. Playing with letters and numbers, one clock alternates between a “6” and a “9,” while another clock spells “ON,” seconds later to reveal “NO.” A humorous and playful clock features an armor-clad Mickey Mouse holding the second hand like a sword, but attached to the end of the sword falls a flaccid red string. Like his typographic work, the clocks offer an optimistic reminder that time is another invented system to be toyed with. 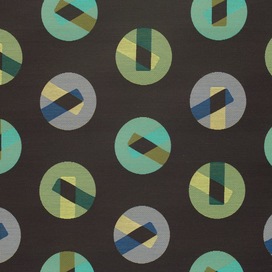 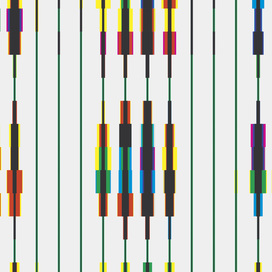 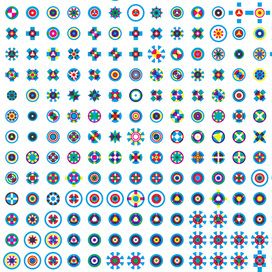