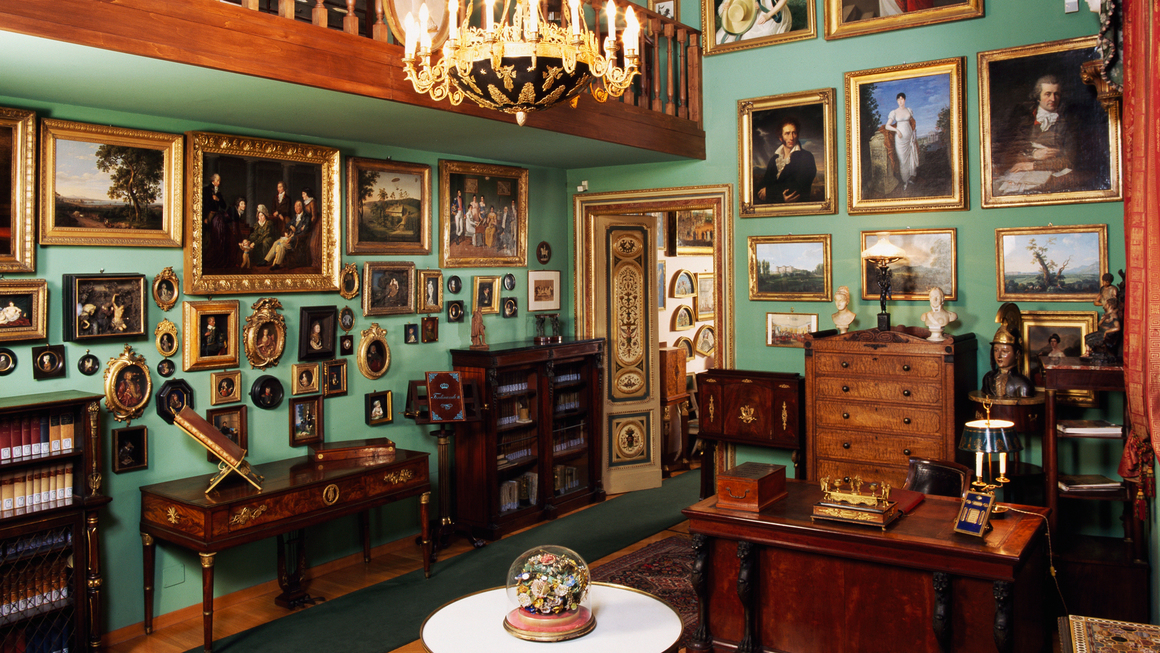 Mario Praz (1896–1982) was an Italian scholar (and compulsive collector) who specialized in decadent European literature from the late 18th and 19th centuries. Because he was born with a malformed foot (like Byron), superstitious Italians considered Praz a jettatura, a notorious bringer of bad luck. Hence—perhaps—his best-known book, La carne, la morte e il diavolo nella letteratura romantica (“Flesh, Death, and the Devil in Romantic Literature”), a study of the sinister, perverse, morbid, and bizarre in Romantic writing, first published in 1930 and translated into English as The Romantic Agony.

A second notable book, An Illustrated History of Interior Decoration from Pompeii to Art Nouveau (1964), is a collection of paintings of the insides of rooms. Praz believed that interiors reflect their inhabitants, and he set out to prove this in his autobiography, The House of Life, published the same year. It’s a room-by-room description of his Roman apartment, interspersed with rambling tales of family, romance, and intellectual life. All are preserved in a house museum I’d been wanting to visit for years. I finally made it there on the last day of a trip to Italy in July 2018.

The apartment teems with carefully arranged, mostly Empire-style objects: sculpture, books, fans, mirrors, furniture, paintings, drawings, embroideries, musical instruments, and more. A desk shelf holds a miniature Empire chaise. A ghostly cradle, draped with a transparent veil, dangles from a stand at the foot of a daybed. Newer Surrealist paintings line the hallway—a portly male head with flowers coming out of his nose, a tiny sphinx with a snake-headed tail painted for Praz by Leonor Fini.

Two arrangements of stuffed birds under glass bells are the subject of a particularly brilliant long paragraph in The House of Life. They are probably Victorian, which leads to a reference to the English writer and critic Lytton Strachey and his famously free-loving Bloomsbury circle. They despised Victorian morals yet collected Victorian objects “by an impulse which was not devoid of a certain measure of perversion, surrounded . . . with the very objects they derided—like going to make love with a prostitute in one’s grandmother’s bed.”

A large bookcase designed by Praz himself features openings for four baroque theater dioramas, each illuminated by hidden bulbs. A niche in the center contains a sofa with an embroidered back begun by his wife and completed by Praz. “Perhaps I abdicated my position as a man for the first time,” he recounts, “on that fatal day when, not satisfied with the way in which my wife had worked a rose, I took it upon myself to instruct her.” Eventually, to his regret, she left.

Praz’s abundant collection is almost exclusively focused on the early 19th century; he even considered Art Nouveau bad taste. One wonders what he made of utilitarian modernism, the absolute opposite of everything he loved. “My wardrobe abounds in useless garments, if garments they can even be called,” Praz once explained. “It abounds in things of little usefulness and little ordinariness, perhaps more than a little bizarre and melancholy.”

“House of Life” is the ancient Egyptian term for a tomb. Even though Praz’s body is buried elsewhere, his intellect remains in his home.

Elisabeth Kley is an artist and Maharam Digital Projects collaborator based in New York. 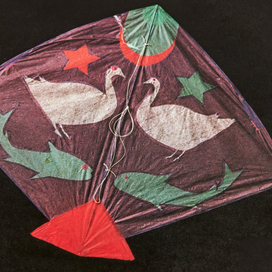