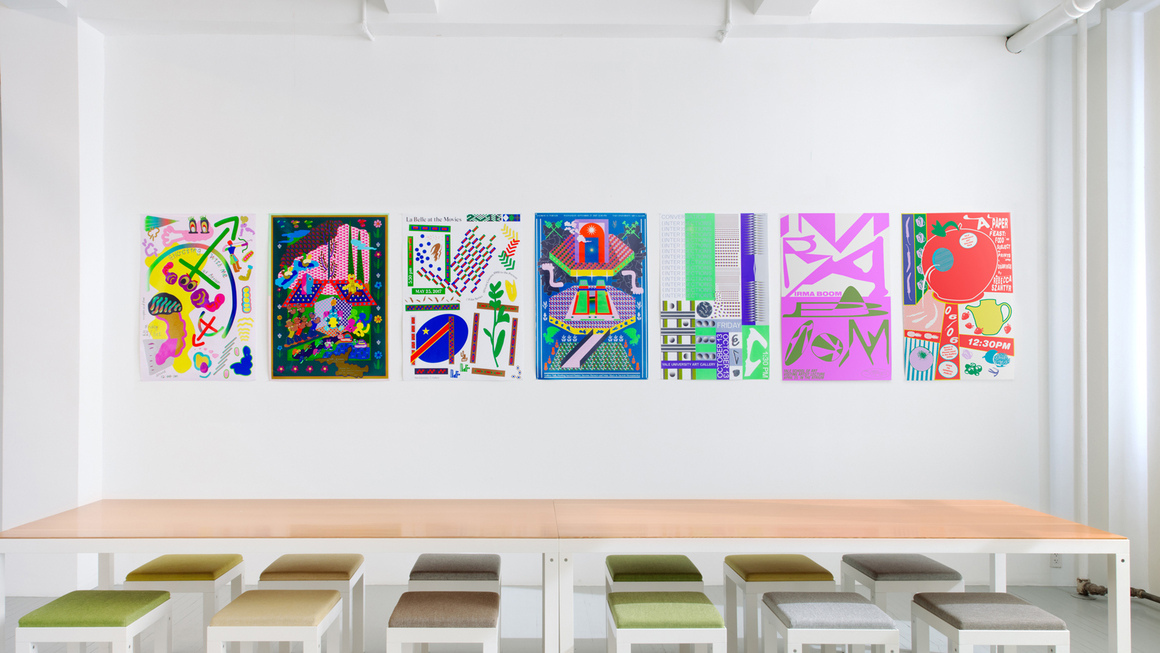 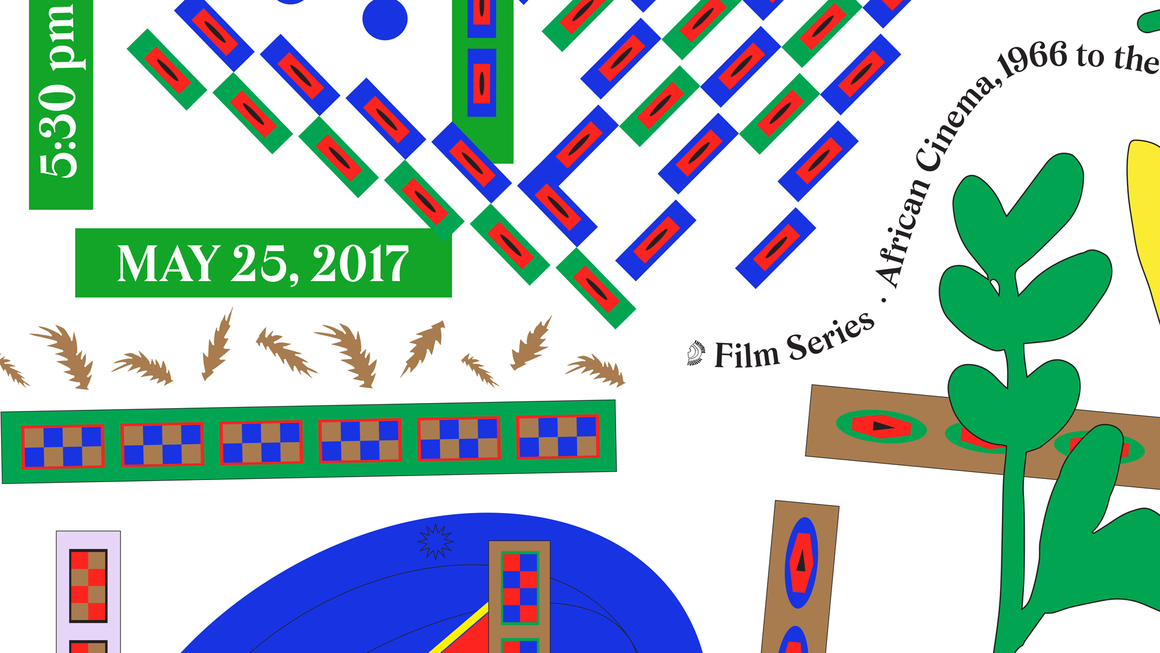 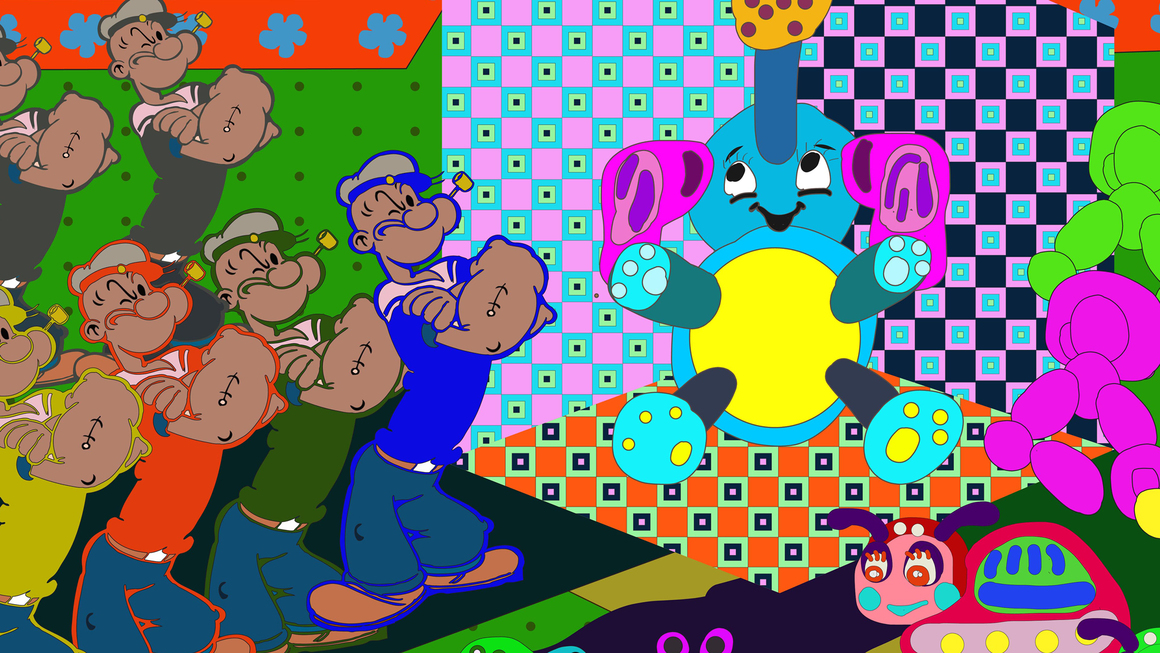 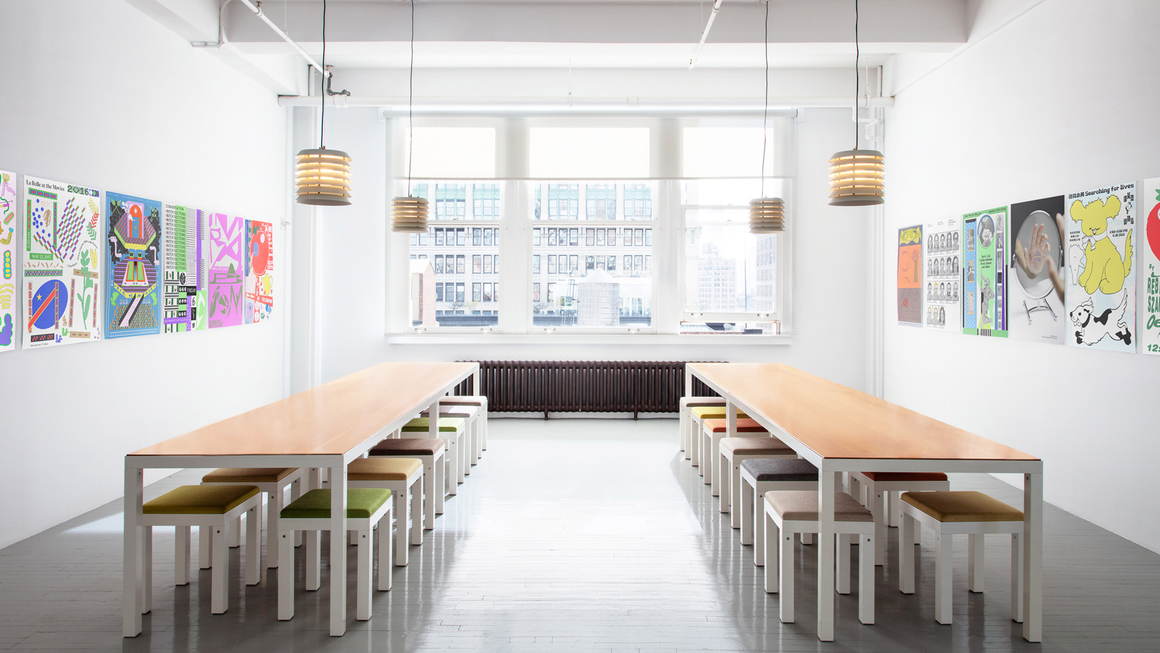 by Willis Kingery and Anny Li

Until a poster finds itself plucked from the onrushing stream of the public domain and transplanted from its natural habitat to the credible white walls of the gallery, we are conditioned to afford it at most a brief glance and sliver of attention. Even in those rare moments when the light catches it just right we remain skeptical, if dazzled, that a poster’s surface could reveal depths. It may seem flippant, then, to suggest that beneath the surface of a poster publicizing an artist talk by Jeff Koons, one could unearth a constellation of connections between the tradition of Persian garden design, the limitations of linear perspective in Western pictorial traditions, and the migratory breadcrumbs of a twentieth-century Armenian avant-gardist, all intersecting in the work of a contemporary Chinese graphic designer.

The improbably entangled roots of each of these influences can be traced within the images of Zhongkai Li, a designer cultivating gardens of graphic experimentation within the four familiar edges of the poster plane. Pulling references across centuries and continents, Zhongkai’s method is both studied and unrestrained. Conceived over a period of three years, Li’s pieces contain a unity of expression that is immediately apparent when his posters are seen together. As a viewer it is easy to become bewildered, lost and lingering amongst the unrestrained gestural exuberance of his jaunty digital mark-making and synthetic color palettes, which vibrate off their glossy surfaces. Zhongkai’s inkjet oases offer a welcoming testing ground for the theory that images can replenish our beleaguered minds.

In the American context, it could be said that posters share the same function for the graphic designer as lawns do for the suburban homeowner, acting as a buffer to reality and providing a stage for otherwise suppressed creative energy. Designers and homeowners tend the acreage they can afford, defining the terms of their worlds while ogling that of their neighbors. The act feels myopic and insular, yet benignly optimistic in its persistent search for semblances of agency and vocabularies of self-expression within the limits of the spatial allotments we vie for and live in. Despite its contradictions and hierarchies, there is a commonly held, cross-cultural feeling of liberation ascribed to enclosed space.

Designer Michael Beirut’s characteristically succinct and punchy quip that “posters are not a growth industry” is known to echo down the poster-lined halls of the Yale School of Art, of which Zhongkai Li is a recent graduate. Contrary to the presiding corporate logics of our time (and unlike beloved and bygone forms of printed ephemera such as record covers and stamped library cards) the poster, like print itself, stubbornly refuses to fade. If anything, it has adapted organically to each seismic shift in our mediated landscape by scarcely changing at all. With a steadfast confidence in its own purpose and a timeworn mutability, the poster has been rescued from the clutches of obsolescence by the graphic designers who identified in its surface a lasting and necessary refuge for sheer formal expression. The supposedly endangered species of the poster remains more vital than ever to the discipline of graphic design whose future remains, for now, radically flat. In the world of the poster, paradise is not lost.

Ordinarily one experiences a barrage of conflicting signals when flanked by a field of posters. Never intended to play nice with others, their imagery is designed to project forcefully outward into the cluttered peripheries of our cones of vision. Li’s posters meet the imperative for visual allure, yet the impression formed by their aggregation does not resemble noise. Upon inspection, one suspects each image to be the product of a designer unburdened by professional technique, immune to the omnipotent underlying spatial logics of the grid. The guiding force behind the jovial tension of Zhongkai’s forms may be a disinterest in all things systematic. His posters pinball the gaze, dispensing with the prevailing logic that a poster is merely a convenient and efficient vehicle through which to deliver a message. Each poster is a self-sustaining environment, thriving in the rectangular enclosure of its own borders, with interiors that abide by their own value systems. They invite lingering. The primacy of typography is dethroned. Clarity is not the goal. The undeniable function of a poster—to signal a unity of time and place—is met with a playful resistance, which Zhongkai explores through pictorial strategies that have been deployed for centuries in other mediums. Instead of shouting outward, Li’s posters are windows into other worlds.

Willis Kingery is a graphic designer based in New Haven. Anny Li is a writer and student at the Harvard Graduate School of Design.

As part of an ongoing poster series curated by Draw Down Books, the installation Finding Patterns in Time and Place: The Poster Design of Zhongkai Li is currently installed at Maharam’s creative headquarters in New York.