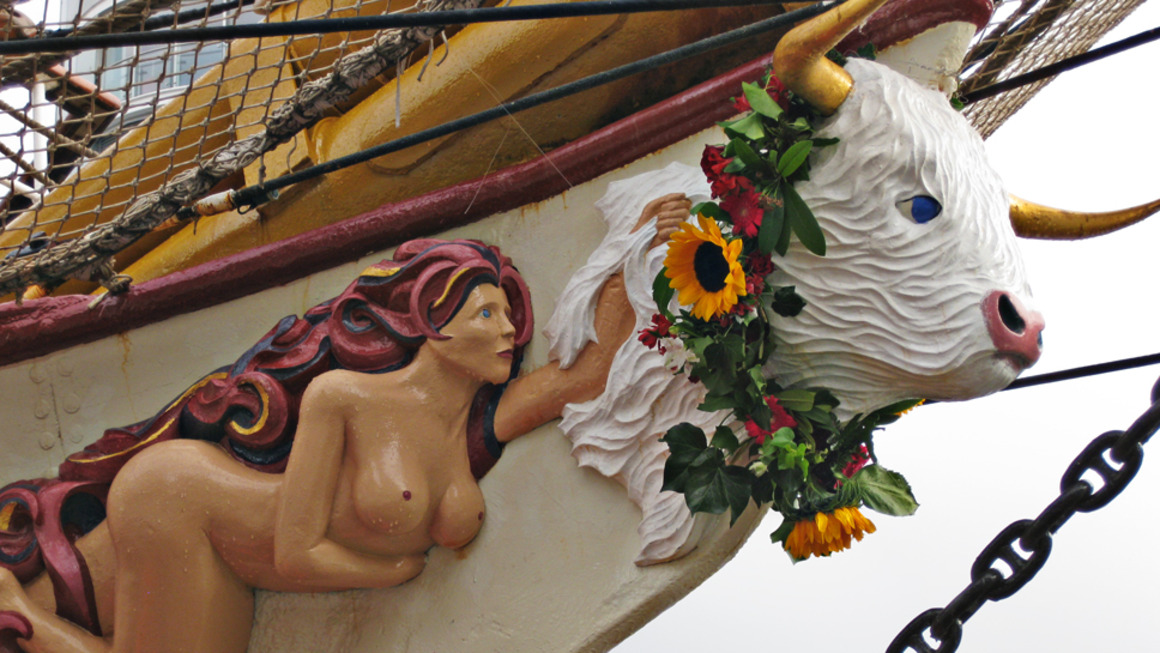 Christened the Senator Brock in Hamburg in 1911, this tall ship was permanently anchored on the river Elbe, where it served as a hazard-light vessel until it was emancipated and brought to the Netherlands in 1986. Over the course of an eight-year restoration, it underwent radical transformation, being completely rebuilt and rigged as a three-masted barque and renamed Europa. In its present incarnation, Europa sails the seas manned by a crew of fourteen, following classic trade routes with annual voyages, including one from the southern tip of Argentina to Antarctica.

The name of the ship derives from an ancient Greek myth in which the god Zeus disguised himself as a glorious white bull to seduce Europa, a beautiful Phoenician princess. Once her trust had been earned, Zeus spirited Europa away on his back, crossing the Mediterranean to Crete, where he reassumed his divine identity and later immortalized his disguise as the constellation Taurus, the second sign of the zodiac.

Clearly, a vessel of such fabled namesake demands a grand figurehead. After an iceberg damaged Europa’s prow off Antarctica, the ship’s captain dreamed up a suitable replacement, masterfully realized by Lynx Guimond, a Canadian woodcarver who spent his youth as a lumberjack. As in Ovid’s Metamorphoses, the figurehead depicts Europa holding on to her lover with one hand while fearlessly steadying herself with the other.