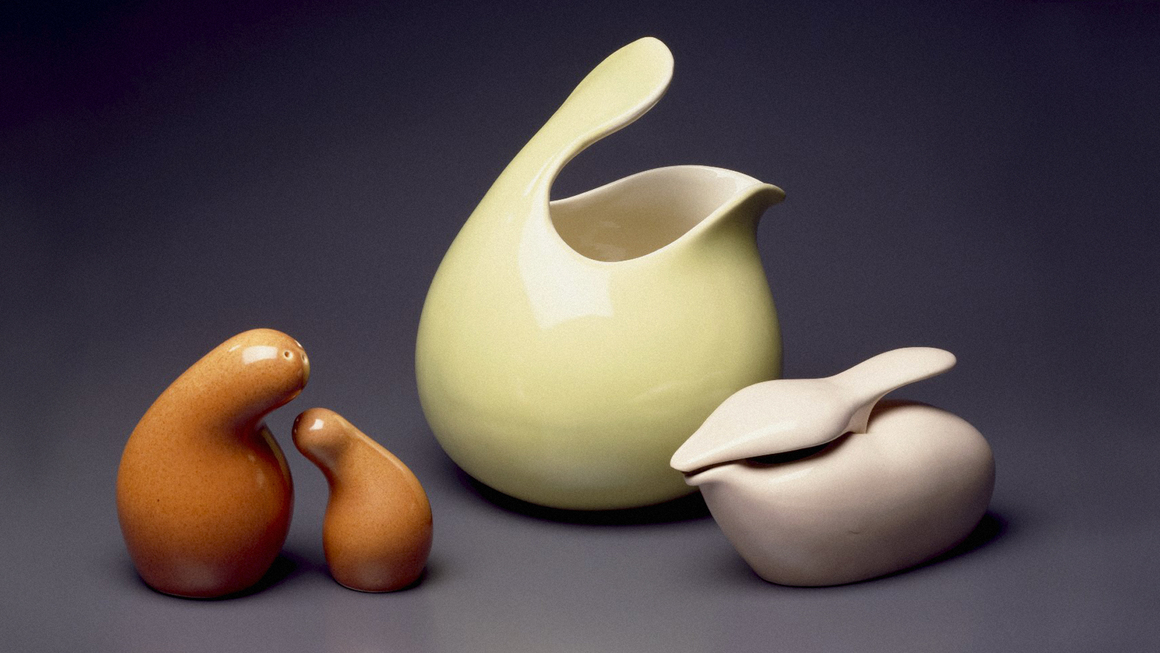 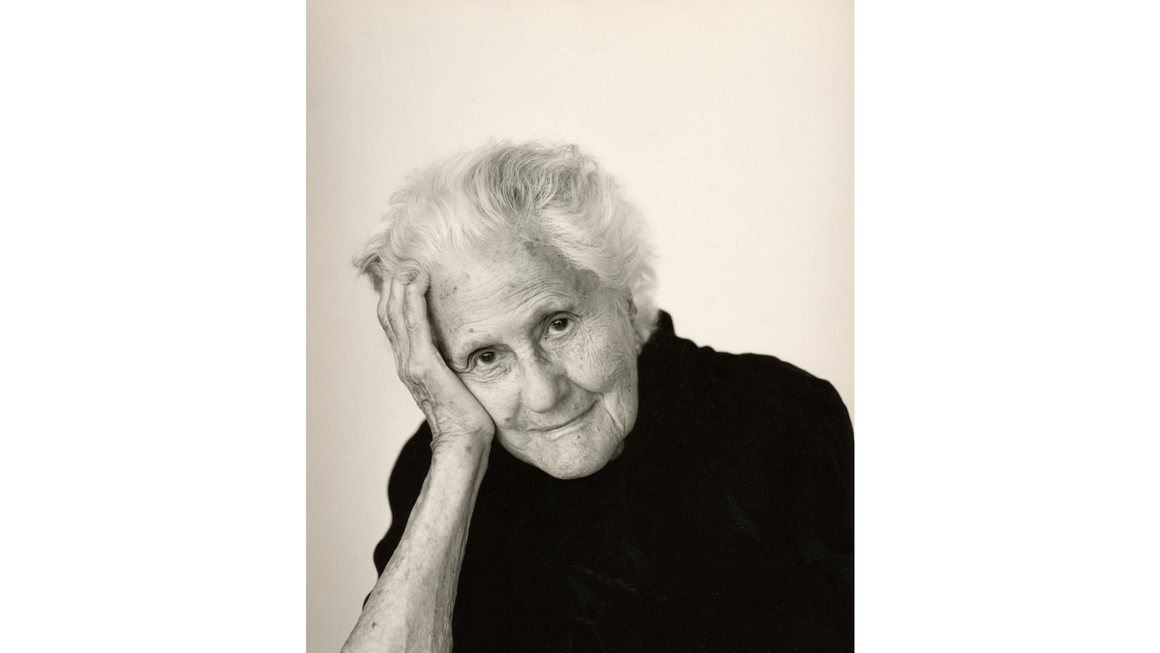 In a Budapest pottery studio in 1924, Eva Striker mashed clay with her feet. Those were her first steps towards learning the craft she went on to master and subvert, becoming one of the most pioneering female ceramicists of the 20th century. Over the course of her remarkable 105-year lifetime, she created delicate, useful, and whimsical objects guided by an idiosyncratic design process that she called a “playful search for beauty.”

After a stint at the Royal Academy of Fine Arts in Budapest, where she had enrolled as a painter, Eva followed her mother’s advice to go into a more practical discipline. She joined a waning medieval guild system as an apprentice to Jakob Karapancsik, the last master potter in the Hungarian Guild of Chimney Sweeps, Oven Makers, Roof Tilers, Well Diggers and Potters. Determined to establish herself in the trade, Eva eventually graduated to the role of journeyman, which no other woman had done before her. It was not long before she started practicing on her own, firing designs in a kiln she had set up in her family home and then selling her wares at a local market. Inspired by the modern era she lived in, she moved away from the rigid lines promoted by the artistic movements of the period to create ceramics that evoked the curves of the human body and the patterns of nature. Ceramics became her gateway to exploring the world.

Eva practiced her craft across continents. From Hungary she moved to Germany and later to the Soviet Union before settling in the United States. “I was incredibly curious to see the world and I made all these things, which then finally did take me to see many countries and many cultures,” she recalled in a 2001 TED talk. Diverging from her handicraft beginnings, her early professional experiences were spent designing for various factories, where she created pieces for industrial production and developed her expertise in that field. Despite the commercial context in which Eva’s products came to life, her works for factories were full of character while being made on a large scale. The driving force behind her choice of arresting combinations of organic shapes, patterns, and colors was her resolute pursuit of beauty.

After her formative time in European factories, the ever-curious Eva set off for the Soviet Union in 1932. Over a period of five years, she designed for the Lomonosov State Porcelain factory in Leningrad and later for the Dulevo factory near Moscow, contributing to the modernization of Soviet ceramics and becoming the art director of the China and Glass Industry of the Russian Republic. In 1933, she notably designed the curvy pieces of a porcelain tea service for the Soviet Union’s official state travel bureau, Intourist, which she then decorated with the pervasive social realist imagery of the time. Three years later, however, an abrupt incident halted Eva’s work as a designer. In an almost inexplicable scenario, she was arrested during the Stalinist purges and imprisoned for an alleged plan to assassinate Stalin. This led to a sixteen-month period of isolation. Her approach to incarceration, exercising her mind and her body however she could, allowed her to keep her creative spirit awake despite the circumstances, and reawaken it once she was released from Soviet jail.

When Eva made it back to Europe in the late 1930s, shaken by her experience, she didn’t want to face the prospect of Nazi rule. She and her new husband Hans Zeisel fled to the United States. In Europe, she had resourcefully found her first jobs as a potter by advertising her talents as a journeyman in the papers; likewise, on her first day in America, Eva enterprisingly headed straight to the director of the China and Glass magazine in New York to offer her design skills. She managed to get a few small commissions through that meeting, including making a movie backdrop out of plaster in the studios of Pratt Institute. She went on to teach her course Ceramics for Industry at Pratt for fifteen years.

Eva Zeisel’s big break came when a Museum of Modern Art representative attended one of her lectures on ceramics at the Metropolitan Museum of Art. This sparked a connection that led to a commission by MoMA and the manufacturer Castleton China for her Museum Service, “the first translucent china dinnerware, modern in shape, to be produced in the United States.” A few years later, in 1946, MoMA opened their first solo exhibition of a woman designer’s work: New Shapes in Modern China: Designed by Eva Zeisel. This show put Zeisel on the map, and her simple yet sophisticated tableware pieces became household treasures within reach of everyday consumers.

Zeisel had a preference for rounded forms over angular shapes. Everything she designed was meant to be touched. She sometimes worked with paper cut-outs first, so that she could handle and move components around before finalizing a piece. In 1947, she created one of her most recognizable objects, inspired by her relationship with her daughter, in the form of anthropomorphic salt and pepper shakers for the Town and Country line. One of the striking aspects of this pair is the movement conveyed by their material, emanating a human sense of comfort and warmth. When seen together the two pieces undoubtedly appear to have a strong bond. Eva’s collaboration with mass manufacturers continued in 1952, with her sensuous Tomorrow’s Classic set which included swan-like glazed earthenware sauceboats with ladles at affordable prices for mid-century American homes.

Playfulness was at the heart of Zeisel’s work throughout her nine decades as a designer. The piece that inspired me to write about her is a waterfall of multicolored, belly-button-shaped ceramic tiles. It was conceived in the 1950s as a prototype for a modular space divider designed for Manifattura Mancioli. Though it’s not a traditional tableware piece, or perhaps exactly for this reason, this wonderful object sums up Eva’s ethos: tactile, colorful, unconventional. The irreverence of considering the possibility of dividing a room not with a standard curtain or a predictable free-standing divider but rather with a cascade of bright, palpable, shiny dots embodies Eva’s exuberant style that so many continue to revere today. 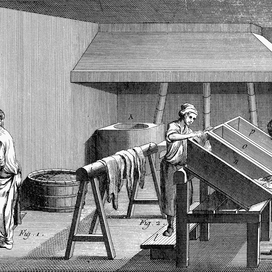 The History of Leather Tanning