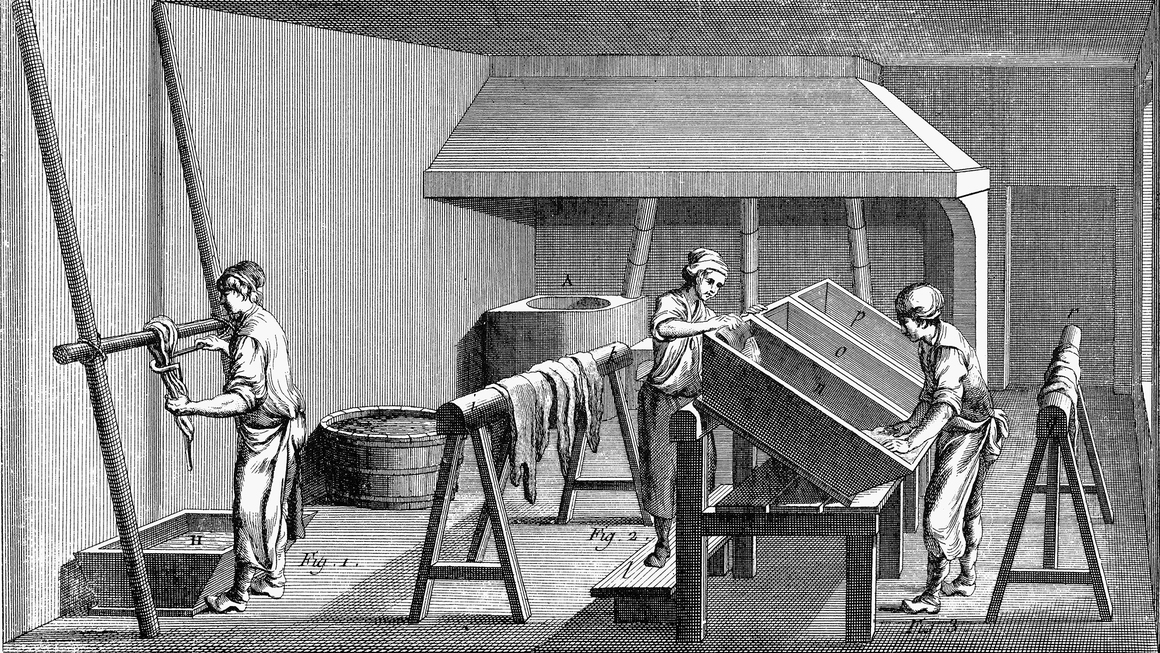 The History of Leather Tanning

When our ancestors learned how to wrap pieces of animal skin around their feet to protect them from stones and thorns, they were able to walk faster. When they found out that food could be transported in a bag made of animal skin, they could walk farther. And when they learned to cover their bodies with hides, they were protected from the elements. Once they learned to tan the untreated hides to keep them from getting as hard as wood or rotting away, they produced flexible and long-lasting leather for the first time.

One of the earliest trades of our ancestors, the craft of tanning uses three primary methods—fat, plant-based, and mineral-based tanning—that are still in use today. The search for methods of preserving hides started in the early Stone Age, around 8,000 BCE. To create waterproof leathers, humans began to rub fatty substances into the rawhides. Around five thousand years later, the people of Egypt and Mesopotamia are said to have invented plant-based tanning, using the bark of Acacia nilotica, or the gum arabic tree. Plant-based tanning is a slow process that uses tannins occurring naturally in the bark and leaves of plants, most commonly mimosa, chestnut, and bark and results in a stiff leather. Plant tanning was not the only method known to the Egyptians. Craftsmen already knew much about tanning methods based on sesame oil and the mineral alum. The Romans circa 800 BCE tanned a variety of leather—tough corium leather for sandals as well as a supple leather they named aluta—using the process now commonly known as alum tanning.

One of the oldest tanning processes in existence utilizes an unusual method. People living in colder climates, such as present-day Greenland or Alaska, would work with hides, particularly seal skins, using ulo knives or special stone scrapers to remove the hair. They would then tumble or beat the skins and consequently soften them with urine. After this, the leather workers, who were primarily women, would use their teeth to masticate the hides until they became very soft and then prepare them with fat and fish oil.

Another tanning method can be reconstructed from leather garments dating from the fifth century BCE that were discovered, well preserved in ice, in Greenland. First, the hide’s layer of fat was removed with clay and it was then covered with a mixture of animal brain, liver, fat, and salt. The hides were then sewn together into a round tent with needles made from bone or horn and smoked over an open fire—present in the smoke was phenol, an active tanning ingredient. An archaic method of natural vegetable tanning can still be observed today in Morocco’s royal cities Marrakesh and Fez, where tanneries rigorously ensure that all their coloring agents are natural and plant-based: bell pepper or red poppy for bright red, rose for pink, henna for orange, henna mixed with sugar for black, indigo for blue, mint for green, and pomegranate with saffron to create yellow.

The dyeing of leather is likely as old as tanning. Since ancient times, humans have decorated leather and used it to adorn themselves. Once humans began to wear animal skins, they soon tried to color them with the juice of plants—indeed, perhaps this desire for adornment is what spurred the invention of vegetable tanning. Some of the earliest known leather decoration techniques such as tooling, stamping, gilding, dyeing, and painting originated in Asia and had a strong influence on subsequent European leather and jewelry artisans’ choice of ornamentation and motifs. During the fourteenth and fifteenth centuries, the preferred method of ornamentation was leather cutting, an ornamental or figurative drawing cut into the grain side of the leather and emphasized by driving it from the fleshy side. Punching, another common ornamental technique requiring plant-tanned leather, is derived from the Italian word punzone, meaning “stamp,” in which a steel rod of varying size and shape is used to emboss moist leather.

While dyes of the past were natural compounds, today most are aniline dyes. Aniline refers to the synthetic oil produced from the tar of hard coal; a colorless, odorless, and poisonous substance, the aniline component is no longer widely used due to environmental and health concerns. Aniline dyeing in the modern sense uses water-soluble transparent dye to conserve the natural character of leather and produces among the finest quality leather available. By using natural or lesser-impact leather processes, we can now cover our feet and bodies directly with leather products without toxins or allergens, therewith leather producers take responsibility not only for the workers, the products, and the environment, but also for future generations.

Dr. Josephine Barbe is on the faculty of the Technical University of Berlin, Germany and the author of Leder: Geschichte, Techniken, Projekte (Leather: History, Technique, Projects), Schiffer Verlag, 2013. 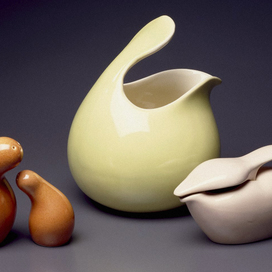