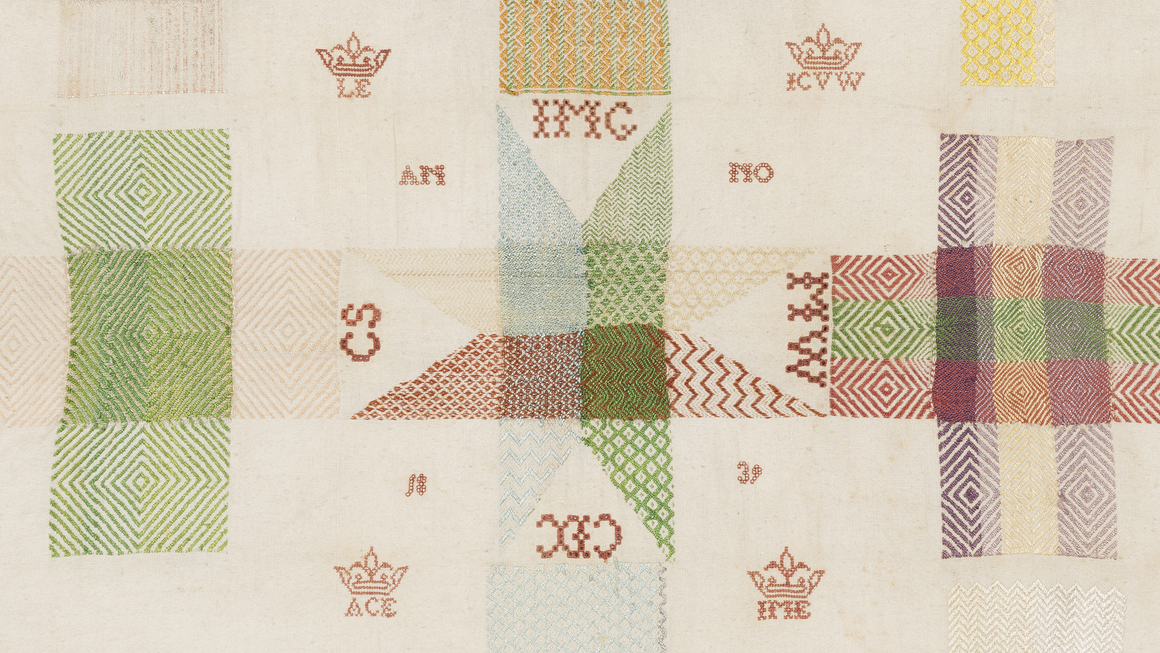 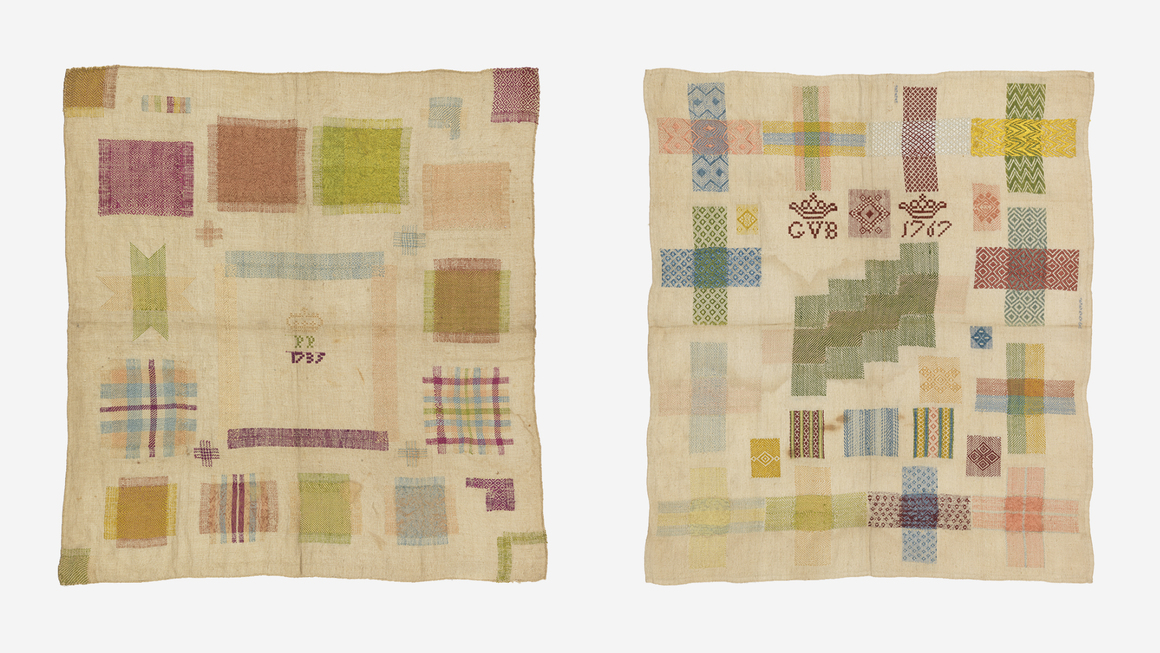 My first encounter with darning was the discovery of my mother’s wooden darning egg nestled in a basket of wool. I was probably around ten years old. Looking like a Cuban maraca with its extended handle topped with a skillfully carved and highly polished orb, it was noiseless when I tried to shake it. The mystery of its function was solved when I asked my mother, and I didn’t think much about it again until many years later when I became a textile curator. At that time a new discovery intrigued me that had the same level of craftsmanship as the egg. Even with the eyes of a mature curator, it possessed me with its tranquil beauty of composition and color: the 18th-century Dutch darning sampler.

Samplers have been made through the centuries by young girls and women to hone their embroidery skills. Often working on a foundation fabric of linen, girls as young as five years old would practice embroidering the alphabet, mastering various sizes and types of lettering before moving on to more complex embroidery patterns. By the age of eleven or twelve, girls of less-advantaged families would have already been apprenticed at sewing workshops.

One of the most important tasks at the workshops was to repair linens. Textiles were valuable commodities that were passed down from generation to generation, and instead of disposing of them when torn or severely worn, seamstresses would mend the textile so that the repair was virtually invisible. They copied the weave structure of the original fabric and meticulously inserted warp and weft threads using a needle (sometimes referred to as needle weaving), to repair holes and tears. For practice in perfecting the sewing techniques required for repair, young girls were given pieces of fabric, often with large holes, that they would have to infill and embroider with stitches required by the instructor. Brightly colored silk yarns were chosen to make it easier for the instructor to determine stitch accuracy and consistency. These completed darning samplers were proof that a young girl had the expertise to repair the precious linens that came to the workshop.

The three darning samplers shown here are just a few of the many examples in Cooper Hewitt, Smithsonian Design Museum’s collection (which includes over one thousand embroidered samplers). Each sampler shares a grid-like composition, cruciform shape, and an array of hues and tones that seem to multiply—the visual effect from the intersection of the different color warp and weft threads. But beyond that, each sampler is unique, with rhythm, spacing, and color choice belonging to the often anonymous embroiderer.

As I recall my first encounter with the darning egg, I realize that I was the age when a girl in the 18th century would have been perfecting her darning techniques. Fifty years later I am finally attempting it—another first encounter.

Matilda McQuaid is the deputy director of curatorial and head of Textiles at Cooper Hewitt, Smithsonian Design Museum. 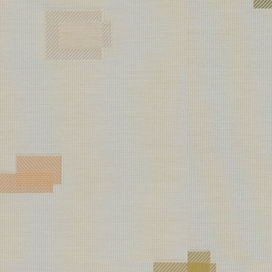 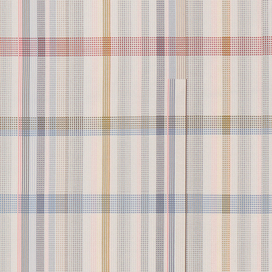 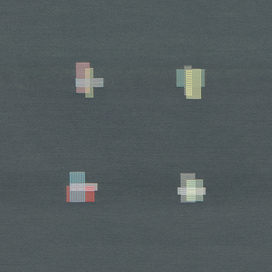