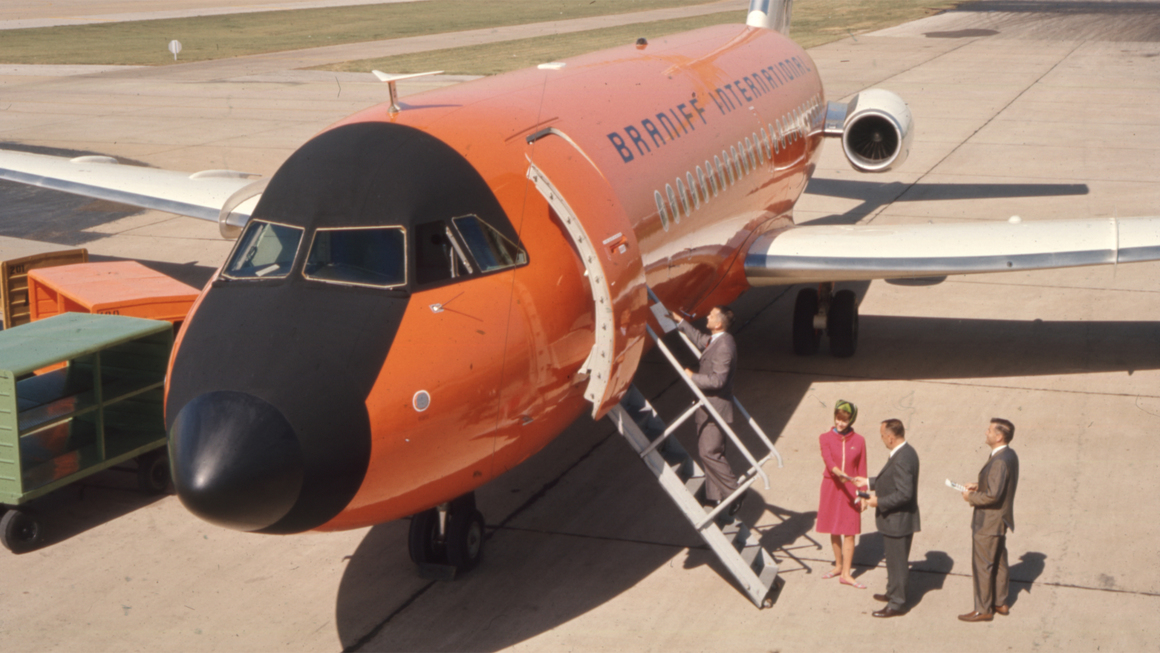 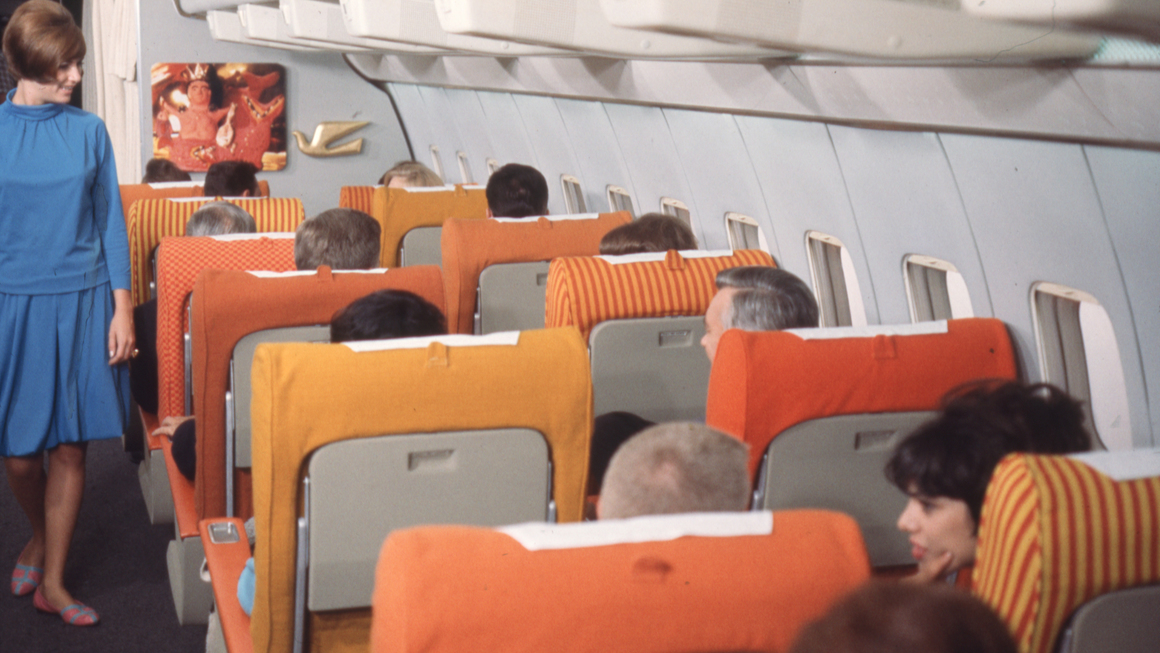 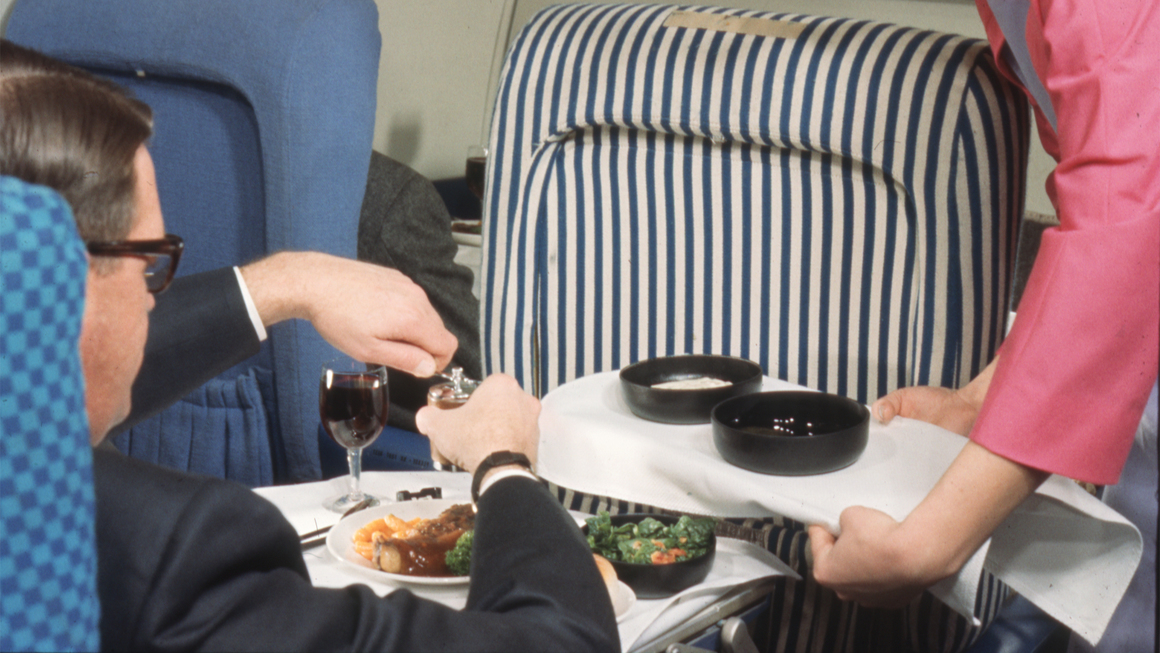 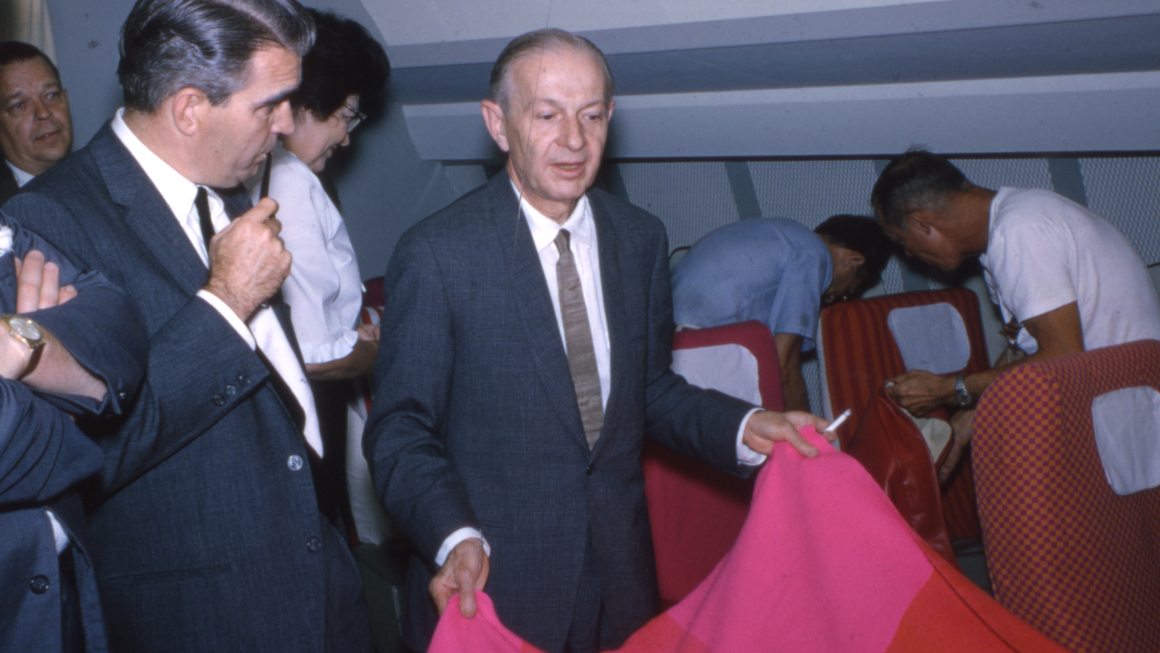 The End of the Plain Plane

In 1965, Alexander Girard was hired with Emilio Pucci to redesign every aspect of Braniff International Airways. Pucci was tasked with overhauling the uniforms, with Girard responsible for the design of more than 17,000 elements—from the airplane livery to blankets and even sachets of sugar. They were brought on board by advertising firm Jack Tinker & Partners, namely by account executive Mary Wells, who’d been charged with transforming Braniff from a relatively small name in the aviation business to the airline representing the golden age of travel.

Braniff had recently been bought by Troy Post, who worked in insurance. He’d appointed his brother-in-law Harding L. Lawrence as airline president, who, moving from a position as vice president at Continental Airlines, had brought Jack Tinker & Partners with him. The agency had already earned a reputation for its innovative approach; in its work for Braniff Airways, Jack Tinker & Partners not only created a new identity for the airline but shifted the approach to identity design within aviation as well.

Economy fares had only recently been introduced, and the opportunity to fly still existed mainly in the realm of the rich and famous; planes were white and gray, and airports resembled military aircraft hangers. There was no broad market for air travel, and there were also no differentiating features in terms of aircraft design or speed, so in its work with Braniff, Jack Tinker & Partners stepped away from facts and statistics in favor of creating a mythology. “The problem, as I saw it, was to destroy the monotony,” Girard is quoted as saying in Alexander Girard, written by Todd Oldham and Kiera Coffee. “Do something to make the performance lively and interesting. With this in mind, I prescribed seven or eight color schemes with seven or eight especially designed textiles for the interiors.”

The airline’s fleet was painted with a palette of soft pastels and bright primary colors, the plane seats and carpet upholstered in Girard textiles, and the in-flight experience packaged and presented in a typeface designed by Girard, with a custom bird logo, “The Bluebird of Happiness.” His typographic treatments and bird silhouette appeared on everything from matchbooks and glassware to timetables, stationery, badges, and ashtrays. He designed posters featuring art from South America for Dallas/Fort Worth International Airport’s lounge, and furnished it with pieces by Charles and Ray Eames—his colleagues at Herman Miller. It was a project most designers could have only dreamed of, and one of unprecedented scale.

In a television advertisement for the new-look Braniff International, a suited man announces: “We hired Alexander Girard to do our planes—we have blue planes, orange planes, yellow planes. You can fly with us seven times and never fly the same color twice . . . Inside [we have] seven different color schemes, and since we fly to Mexico and South America, and from Peru, Brazil, and Argentina . . . Cha-cha-cha. Braniff International announces the end of the plain plane. We won’t get you where you’re going any faster, but it’ll seem that way.”

The uniforms designed by Emilio Pucci were another revolutionary spin on the characterization of air travel. Where air stewards had previously been presented as staid experts in safety, at Braniff, they were reappointed as “air hostesses,” dressed in uniforms that reflected contemporary fashion trends. This also created the opportunity for the “Air Strip”—an in-flight experience targeted at attracting business fliers, who at the time were mostly men. The “Air Strip” was the brainchild of Mary Wells, and Pucci designed a multilayered outfit of a coat and space helmet (or “Rain Dome”), a jacket and wraparound skirt, a dress, and a jumper/culotte two-piece, which would all be worn together, a layer being removed at each key in-flight interval.

The new look, and particularly the in-flight experience, blurred the lines between empowerment and objectification, and was emblematic of a broader shift in culture and attitude, with Madison Avenue’s ad agencies seen as modern pioneers of this mindset. Magazines like Rolling Stone and Playboy were foregrounding the pursuit of leisure, entertainment, pleasure, and luxury, and Braniff was following suit. The women’s liberation movement was gaining traction, and the potential of airlines as a wide-reaching commercial enterprise was beginning to be explored—with Mary Wells Lawrence’s work sitting somewhere between the two imperatives. The positive impact of the “Air Strip” for the feminist cause is debatable, but at the time it struck a chord (not to mention made Braniff the go-to airline during the Sinatra “Come Fly with Me” era), and Mary Wells Lawrence went on to become the first female CEO of a company listed on the New York Stock Exchange, as founding president of ad agency Wells, Rich, Greene. Wells, Lawrence, and Braniff were chasing—and enjoying—the sweet smell of success.

After its initial collaboration with Girard and Pucci, Braniff worked with Alexander Calder and Halston. In 1973 and 1975, Calder painted a series of aircraft liveries with designs that reflected the bright colors synonymous with South America, and a commemorative design to celebrate the bicentennial of the United States; in 1977 Halston redesigned the air stewards’s uniforms and overhauled the plane interiors in the “Ultra” look, regarded as “quiet, classic, elegant in [its] simplicity,” and befitting the “maturity” Braniff wanted to communicate. Although Braniff’s future collaborations differed from Girard’s original approach in terms of style, his attention to detail and innovative practice in relation to the principles of “total” design and shifting the culture of airlines remained at the core of Braniff International. Girard’s work also influenced other airlines, including Continental’s commission of Saul Bass, who redesigned its logo in 1973.

In the 1968 ad campaign accompanying the “End of the Plain Plane” project, Andy Warhol and Sonny Liston, and Salvador Dalí and Whitey Ford, among other odd couples, sat in conversation, performing a version of the in-flight seating assignment lottery. While their conversation points varied, each ended with the slogan “When you got it, flaunt it”—the idea of art director George Lois, who saw the “out-flaunting” as characteristic of Braniff, with the implication that you might bump into Warhol midflight. It also further cemented Braniff’s reputation for blending style with arrogance, the flip side of its relationship with Madison Avenue—and it was precisely this arrogance that would ultimately lead to the airline’s demise.

Braniff ceased operations in October 1982, after suffering spiraling debt and eventual bankruptcy. The airline had made brave, transformative decisions regarding design and culture. It had been open to the potential of design to transform an experience and an industry—open to what Alexander Girard described as “uncovering the latent fantasy and magic in [a project] and convincing [the] client to join the process,” which they very much did. But what Braniff may have failed to see is the way that Girard grounded that fantasy and magic in modernism—playful decor and masterful reduction, craftsmanship and industry, fantasy and logic—rather than style with arrogance.

Maharam is proud to support Alexander Girard: A Designer's Universe—the first major retrospective of Girard’s work organized in partnership with the Vitra Design Museum, on view at the Museum of International Folk Art in Santa Fe from 5.5-10.27.

Photography courtesy of Braniff Airways Foundation ©, whose boutique may be found here. 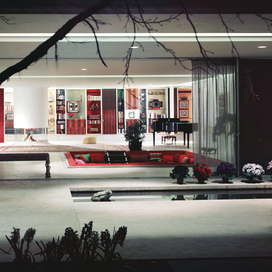 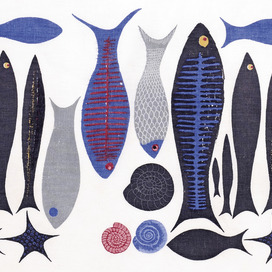 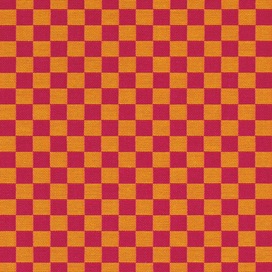 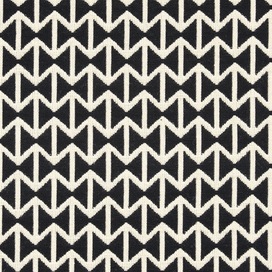 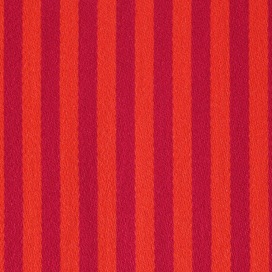