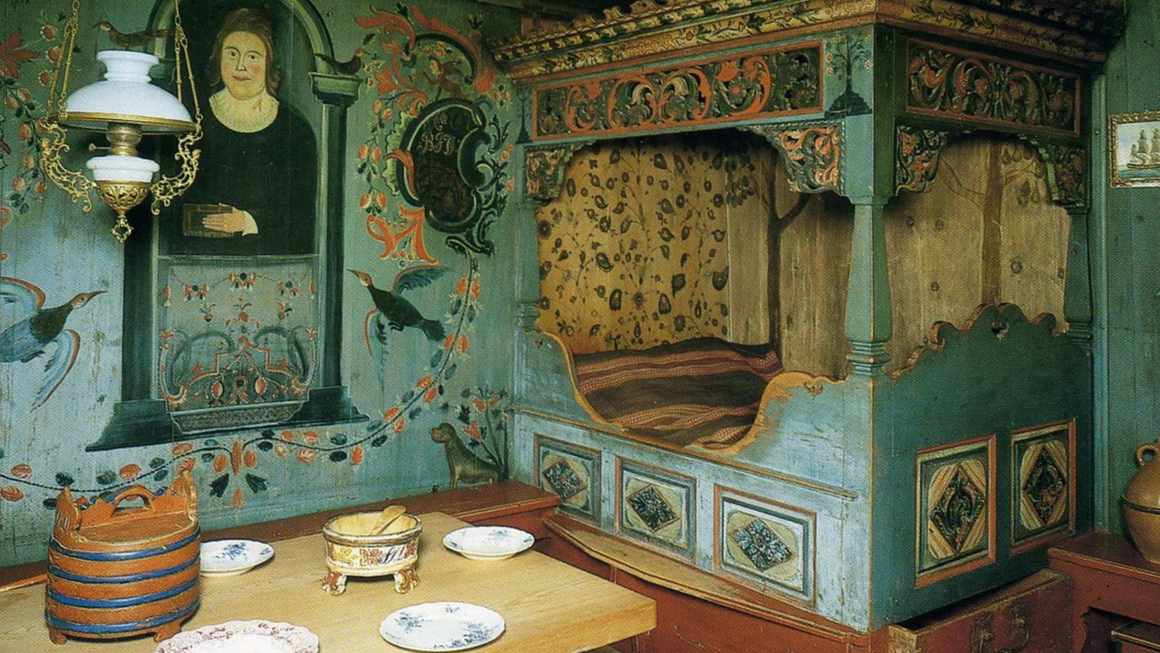 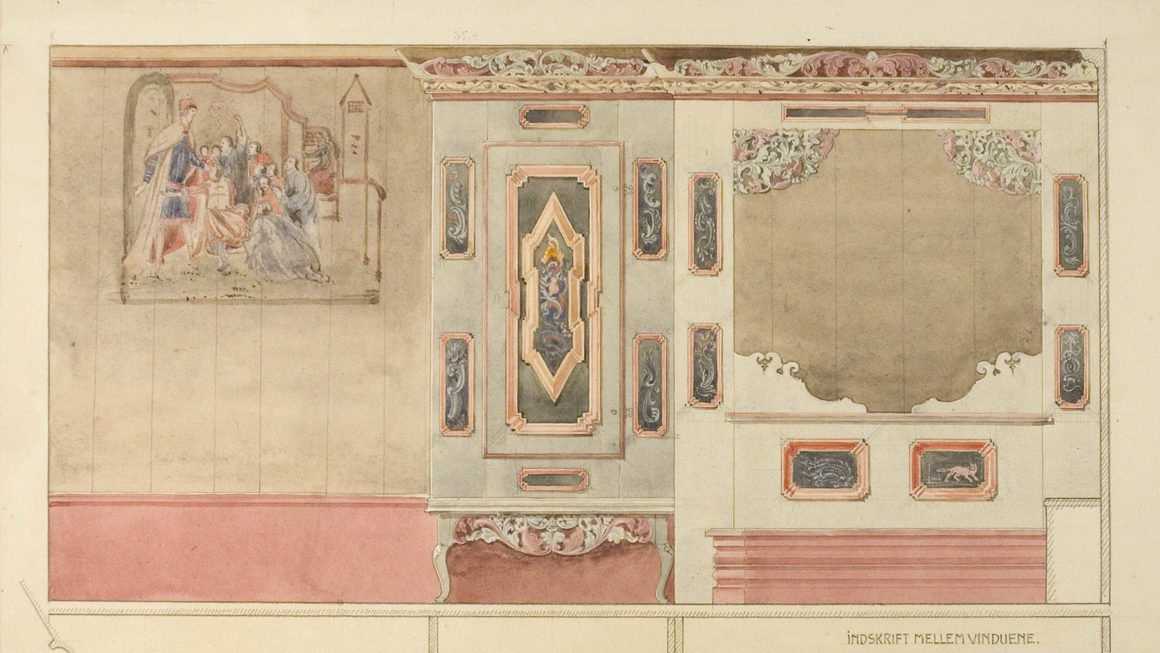 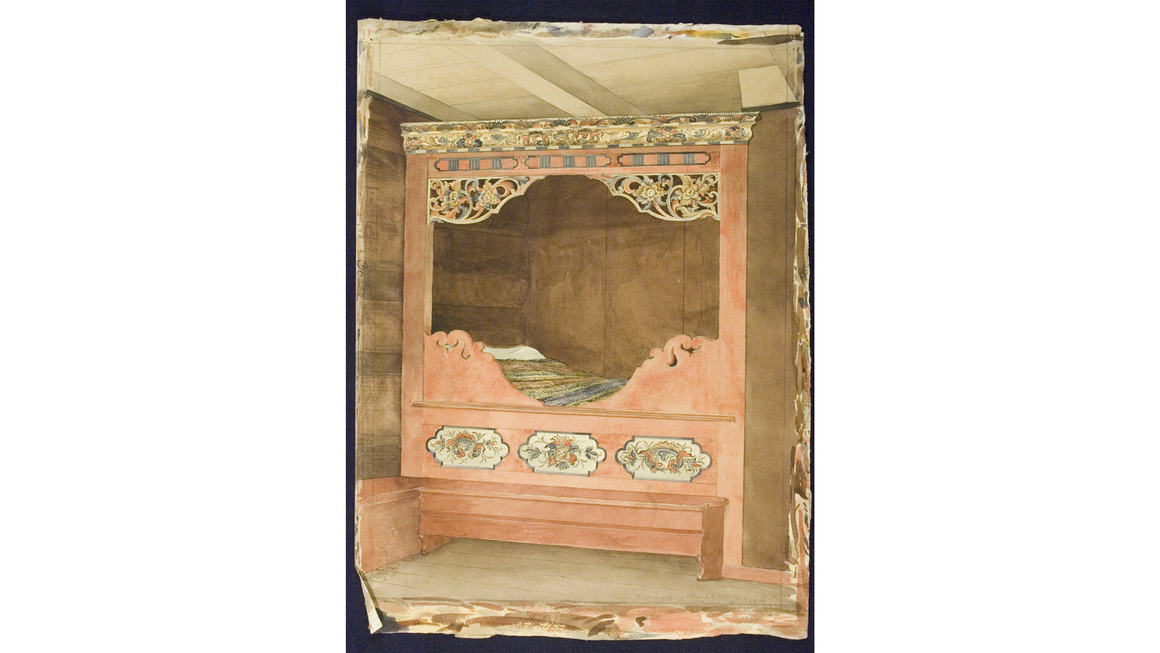 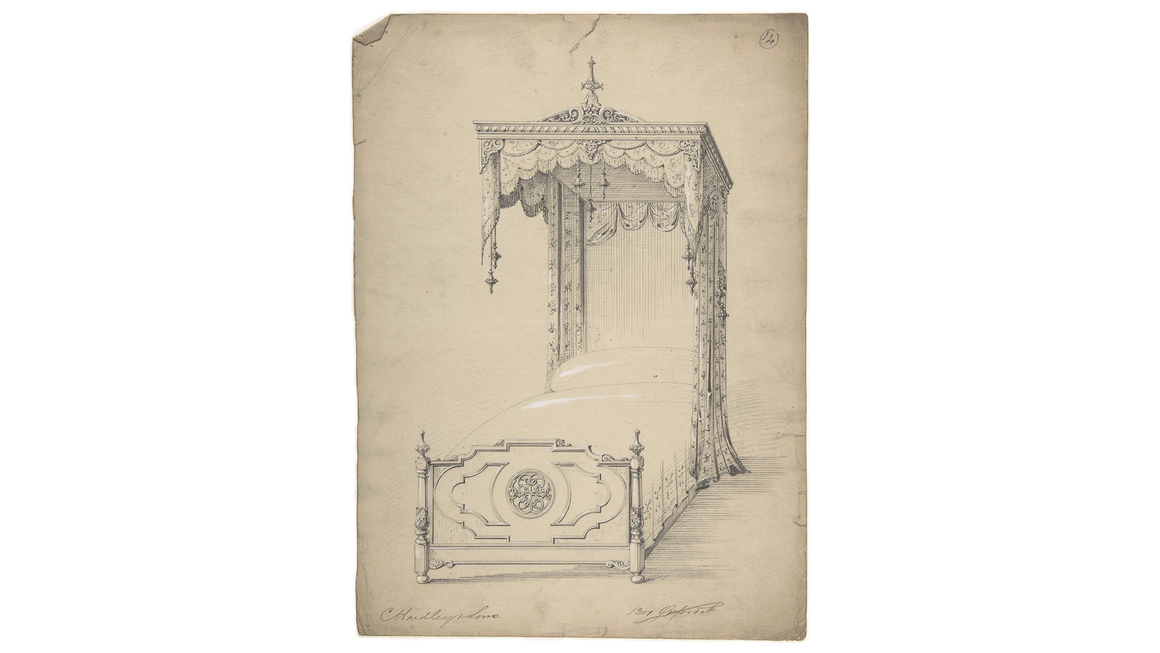 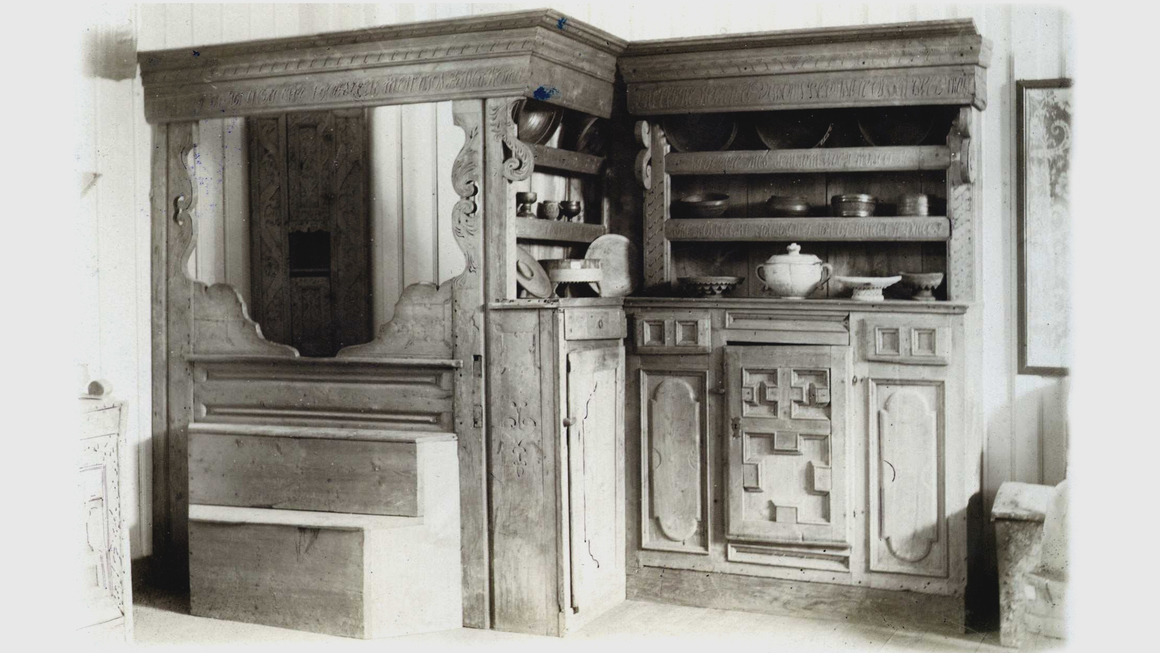 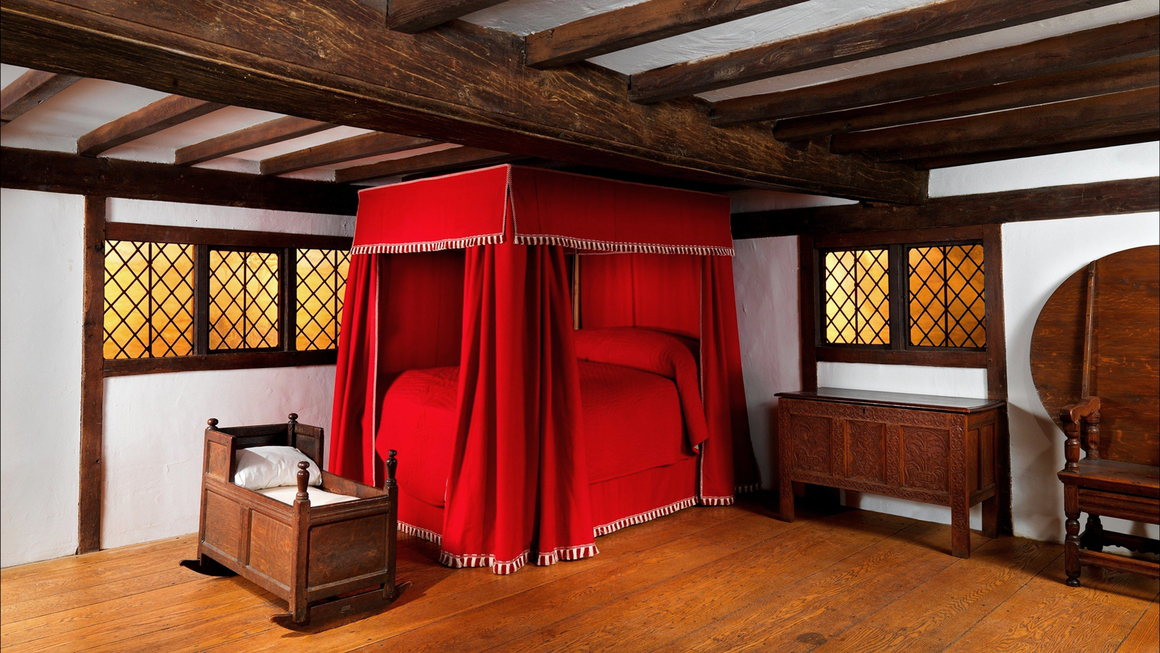 A History of Bed Drapery

For all intents and purposes, the bedroom is a relatively new concept. In medieval European homes, sleep was had on anything from settles (high-backed wooden benches, generally pulled up right by the hearth), to dining tables, to wooden platforms softened with straw and horsehair-filled mattresses—the option most closely resembling the modern bed.

Beds were eventually tucked into the corners, nooks, and crannies of the multi-purpose rooms that constituted early domestic spaces in the 1500s. In Scandinavia, skapseng, or box beds, were a common find in the homes of the burgeoning middle class. Usually situated in the corner of a room, they utilized two perpendicular walls as the head and a side of the bed, with a cupboard-like enclosure at the foot for storage and a cutout on the remaining side of the bed through which the sleepers crept into this comfy crawl space. To the modern eye these box beds are claustrophobia personified, but they provided European sleepers necessary insulation and protection from the elements—and vermin. Nowadays we see the offspring of these compact sleepers in bunk beds and sleeping nooks. But back to the sixteenth century.

In other, more temperate regions, softer heads prevailed—and in came the canopy. The Japanese kaya, first documented around 1700, was traditionally made of homespun and hand-loomed hemp and kept mosquitoes at bay, as did the overhead nets of India and Western Africa, perhaps most familiar to Westerners in neutral colors but often dyed vibrant tones to welcome in joy while keeping out pests.

Bed crowns were typically only a few square feet in size but held enough fabric to surround the entire bed frame (close in size to a modern full). These crowns were usually carved in wood and gilded in gold for the more illustrious sleeper—think Marie Antoinette at Petit Trianon, her private palace on the grounds of Versailles—or left plain for the country gentleman.

Simpler and more straightforward than the bed crown, the right-angled lit en coin or four-poster was designed to keep heat in when closed. This style proliferates in Northern Renaissance paintings. Take Jan Van Eyck’s Arnolfini Portrait (c. 1434), in which a wealthy fifteenth-century couple are backed by their four-poster bed. The room in which they stand served more wide-ranging needs than the modern bedroom: guests would have been received here, meals taken, and, yes, sleep had. The bed was not yet a symbol of intimacy—it was a social signifier.

The Arnolfinis’ wealth is further emphasized by their red bed hangings, a color reserved for those who could afford the expensive dye. Similar hangings are seen in Rogier van der Weyden’s triptych The Annunciation (c. 1440) and several early to mid-seventeenth-century engravings including one by Dutch draughtsman and publisher Crispijn de Passe the Elder.

When such a bed and its hangings crossed the pond, it communicated a rather humbler message. Settling a colony in the wilderness was not tulip trading in the Netherlands, after all. One extant example of such a bed can be seen in the Metropolitan Museum of Art’s Hart Room, tucked away on the top floor of the American wing. Lifted from Ipswich, Massachusetts, it is the earliest period room in the department, dating back to 1680, and offers an example of domestic scale rarely seen in the new New World.

For hundreds of years, bed hangings have done more than simply keep things in or out. They have communicated a sleepers' needs, a region’s climate, the resources and living conditions of a household, and much more. The canopy has traversed time and place and persists as a symbol of comfort and home. Crown, kaya, lit en coin: all keen to embrace the heavy-eyed sleeper.

Camille Okhio is a New York–based arts and design writer and historian.