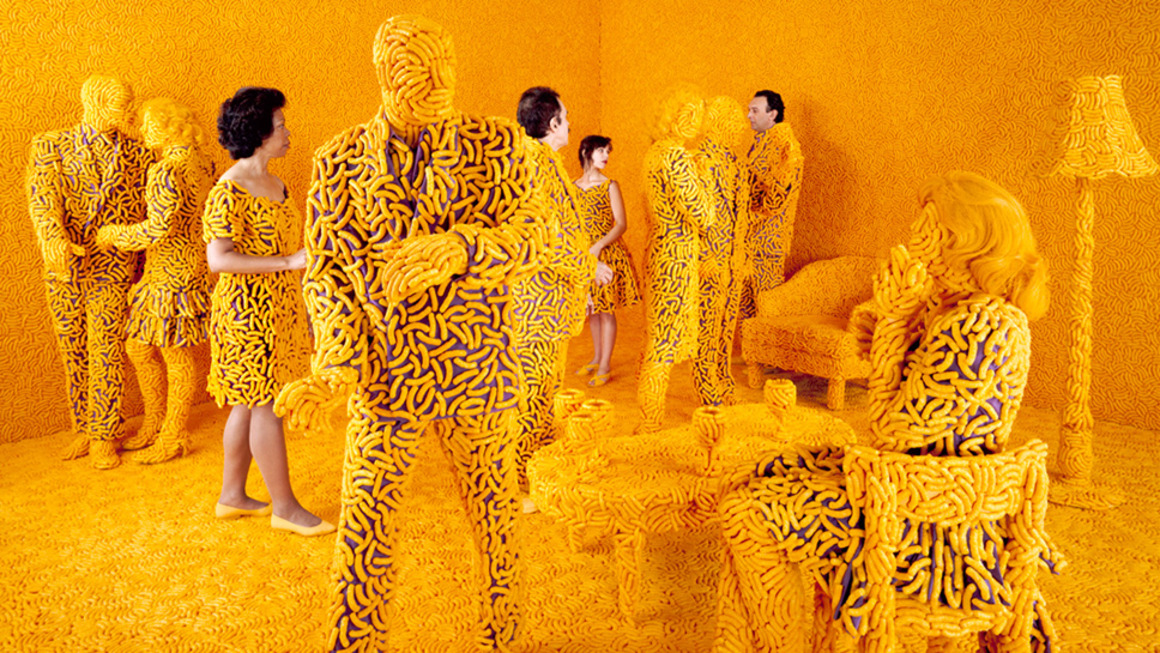 When I was working with Hella Jongerius on the presentation at Moss of her textile design, Repeat, she explained to me her beautiful intent of repeating the many patterns woven into this complex textile by applying them to other media, specifically porcelain bowls and vases and plates. A leap was made across materials and functions and production methods: all categories of objects were treated as suitable surfaces for identical decoration.

This reminded me of something.

In 1959 my parents built their dream house in a suburb of Chicago; Robert M., a young man who had become the “family decorator,” was to work with us again. His word was law.

Bob M.’s particular forte (and in my young opinion, his saving grace) was his extreme application of pattern. He would select a fabric—say, an 18th-century French toile, rose colour on a cream ground—and apply this fabric to all surfaces and to all objects in the room. The silhouettes of the individual furnishings nearly vanished in this sea of identical pattern, like summer-stock scenery where the painted backdrops have built-in doors so that suddenly the “ocean” opens and a stagehand walks in.

Where the textile could not be applied—for example, the wooden floor mouldings or the cabinet hardware—Mr. M. would have “fine painters” reproduce the pattern in oils, so that each object would be fully patterned. Even the sink in the bedroom, my father’s dream extravagance, was enameled with the French pattern.

This man was not kidding around.

The result was something surreal: I would watch my mother fold herself into the wallpaper as she climbed into bed; I would see my father float on air as his chair disappeared into the walls and surrounding furniture; and when I slowly drew open the venetian shades covered in that same textile, it was as if a kind of surgery was being performed on the room—a skinning of sorts.

I loved that house, and I wonder if people still do that today . . . . 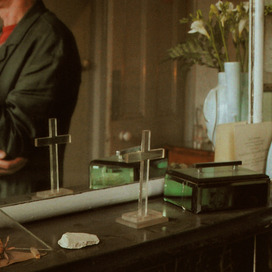 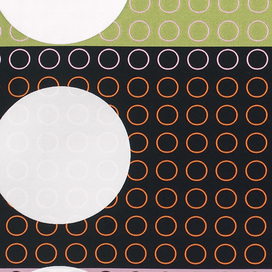 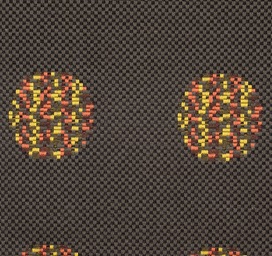 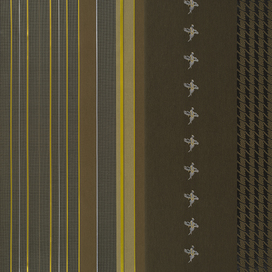