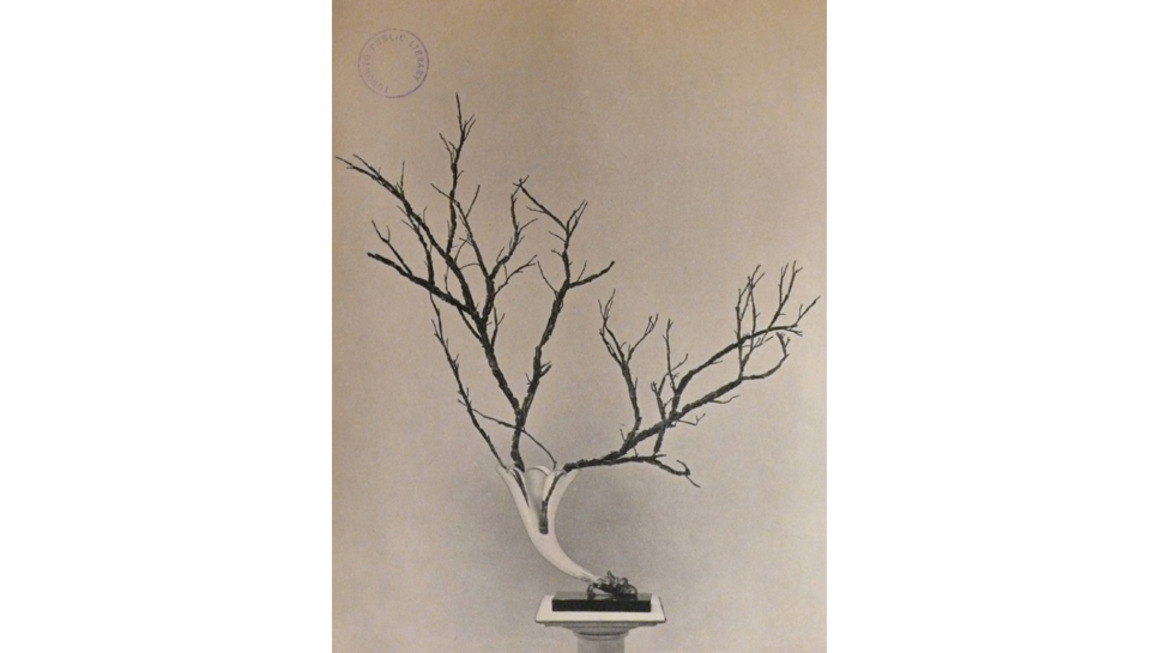 Sometimes avant-garde acts of a past era become so subsumed into contemporary culture, so ubiquitously emulated, that in retrospect their genius is overlooked. Such is the case with Constance Spry, the reformer of flower decoration (Spry’s own term to set her work apart from traditional floristry), which became the province of middle-class women. Spry was the modernist of her métier. Her gentle yet radically unorthodox assemblages are not recognized as such today, though the beauty of her ephemeral art continues to inspire contemporary aesthetics. Spry can best be remembered as doing the flowers for London society from the 1930s to the 1950s, just as Cecil Beaton snapped society portraits and Syrie Maugham whitewashed society drawing rooms; this tripartite glamour ruled during the periods that bracketed the Second World War. Spry was also a social equalizer and a parvenu; her employees in pink overalls used the front door, not the tradesman’s entrance, when they came to install at clients’ homes. She was a proto-feminist entrepreneur who brought real mettle to a feminine pastime and a bohemian whose liaison with the cross-dressing lesbian painter Gluck (whose best work is of Spry’s still lifes) lent to all her work a tang of sensuality.

Spry raged against the Victorian hangover of carnations garnished with fern in cut-glass vases to be dotted around the room, and instead presented architectural showpieces spilling forth from alabaster urns, her own papier-mâché creations, or whitewashed junk shop finds (harmonizing with Syrie). Their contents: a wild mix of meadow weeds and stuff from the vegetable patch hitherto unthinkable alongside white lilies, orchids, and other exotics. Famously, sensationally, for a Mayfair perfumer’s window she paired scarlet roses with red kale to such an effect that the police had to be called for crowd control. Spry democratized flowers, branches, and all vegetation in service to decorative beauty, though at the same time she was an artificer, wire-rigging stems and divesting leaves to banish any unintended results. She orchestrated the spectacle of flowers for Queen Elizabeth’s coronation (which could have perhaps been done by another), but Spry was also the woman who, in a sublime gesture to lift morale during the Blitz, instructed the public on how to make an arrangement from the flowers that sprung from the scorched earth of London’s fresh bombsites—a conceptualist act and an homage to the magenta of fireweed.