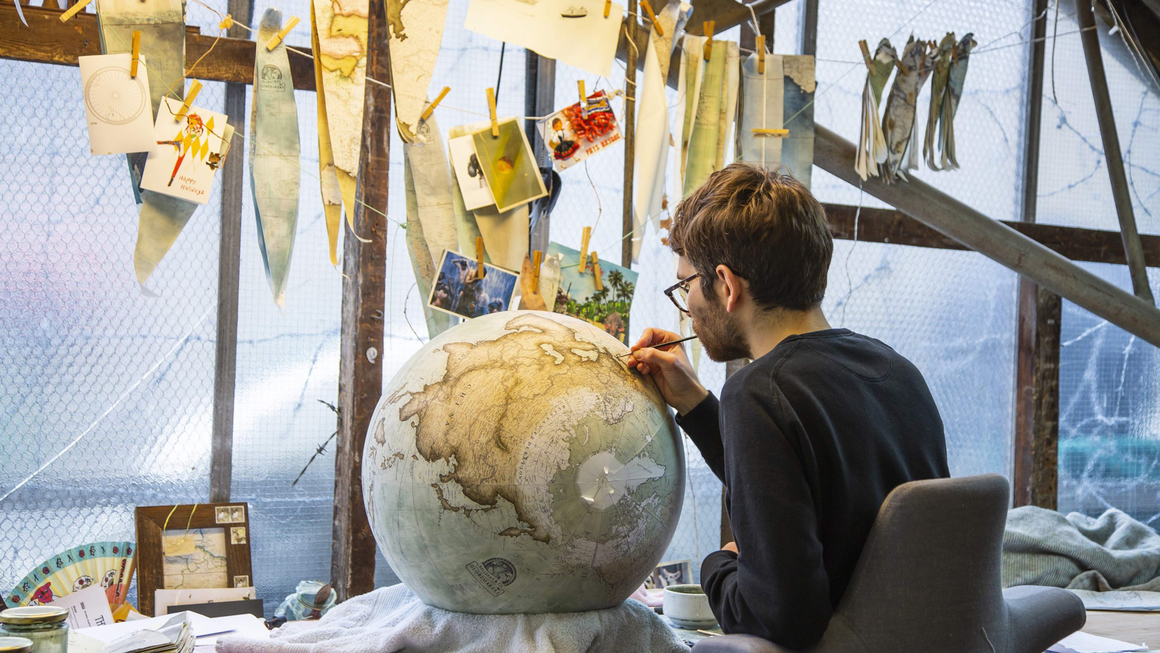 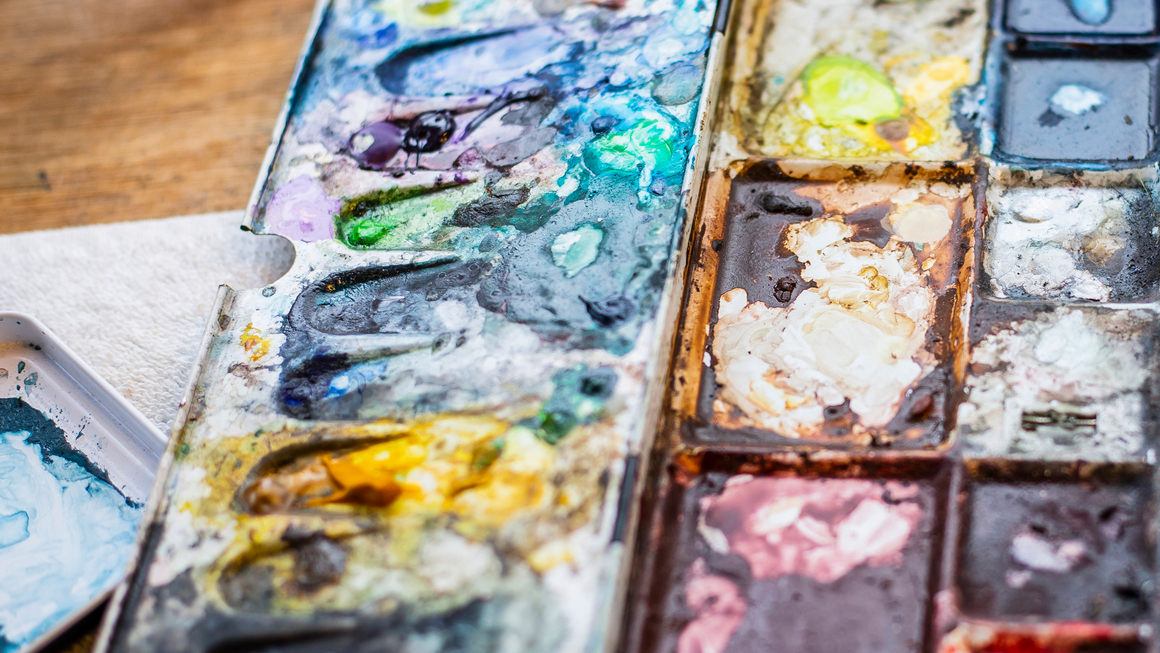 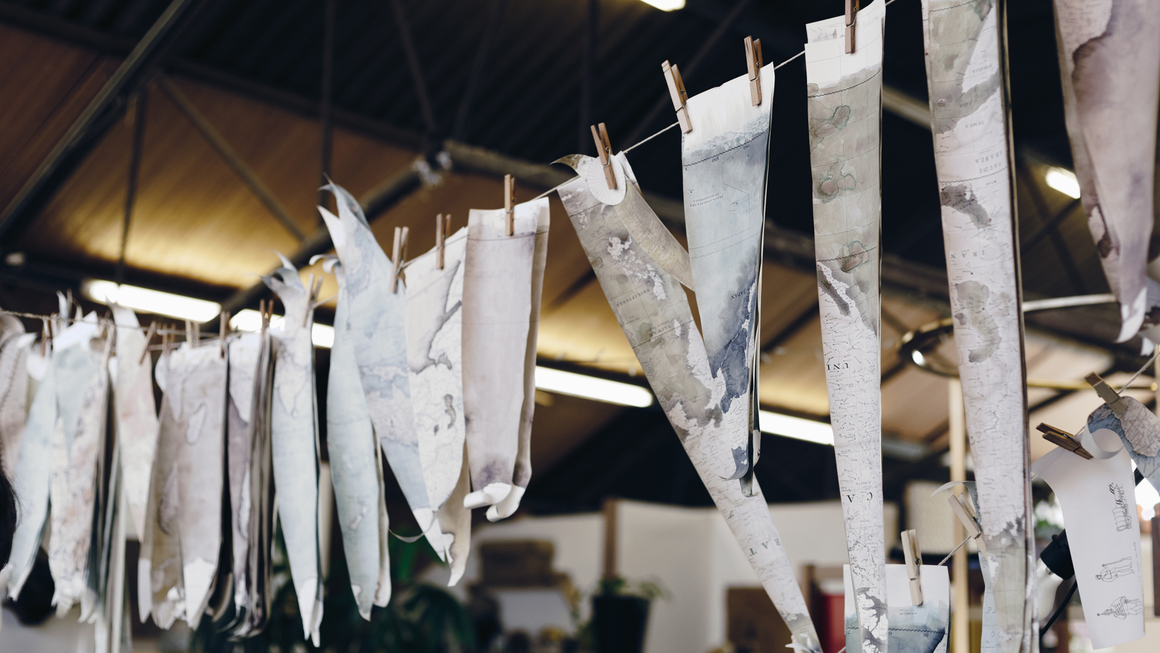 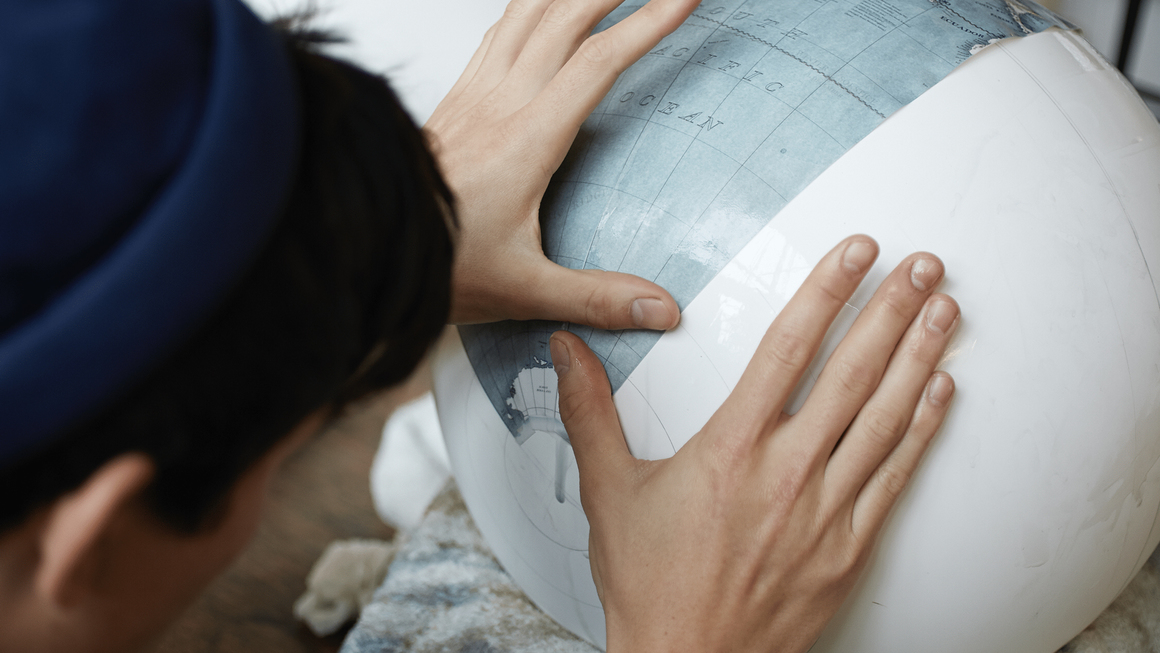 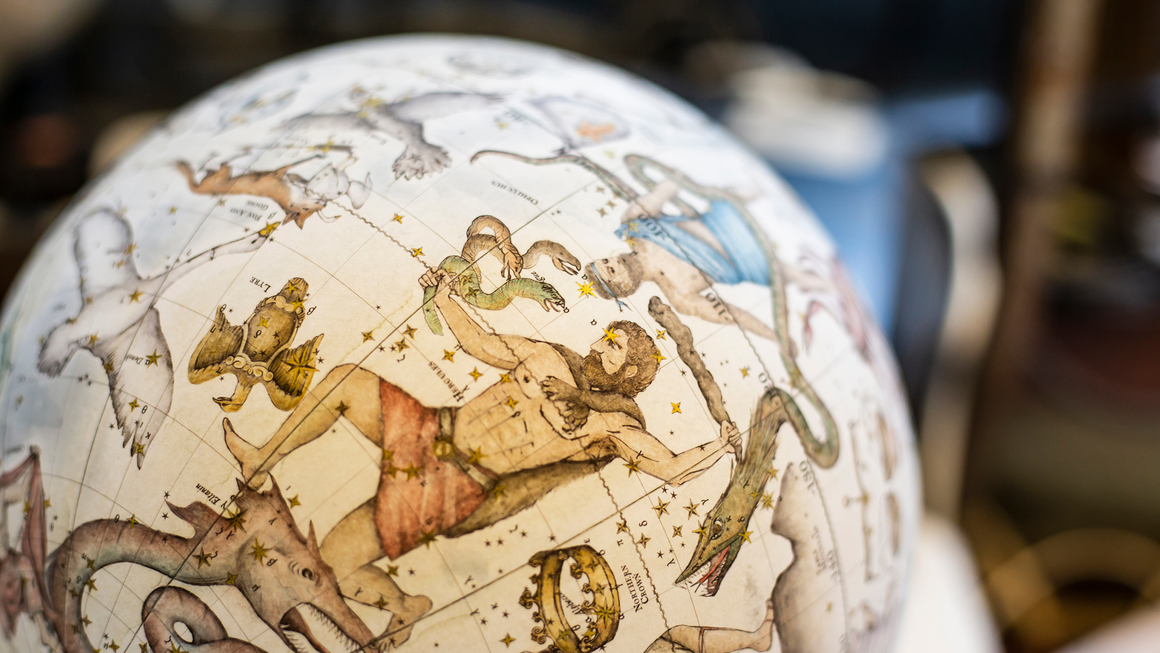 When Peter Bellerby decided to give his father a globe as an eightieth birthday gift, he looked for something suitable but the only globes he could find were mass-manufactured or antique. After months of fruitless searching, he decided to make one himself.

Bellerby knew nothing about globemaking but he loved geography and was resourceful, as reflected in an eclectic career in television and property development. He expected to finish making his father’s globe within a few months but the process proved so complicated and error-prone—from the complexity of fabricating spheres to spelling mistakes on maps—that it took two years. By then, he had become so fascinated by globemaking that he began a business, Bellerby & Co. Globemakers, to create the type of bespoke, hand-painted globe that he had wanted to buy for his father.

Bellerby & Co. now makes more than six hundred globes a year from its workshop in an old industrial building in the Stoke Newington district of North London. “It was a big empty space when we found it, but it was amazing,” Bellerby recalls. “At that time it was just myself, Jon—who worked here for ten years—and a part-time painter.” Thirteen years later, several dozen people are employed by Bellerby & Co. including artists, cartographers, an illustrator, an engraver, and globemaker apprentices. Bellerby has also assembled a network of specialist contractors throughout England including metal workers, a company that fabricates the resin and composite molds, and a case maker.

The cavernous workshop is spread across two floors with the light, airy upper level used for painting, globemaking, and cartography, and the lower one for everything else. Cartographers pore over maps and artists painstakingly reproduce them in watercolors. Most of the desks, shelves, and windowsills are lined with globes in varying stages of production, alongside maps, molds, and stands. Suspended on lengths of string throughout the space are scores of “gores,” the slender strips of paper onto which the maps are painted.

The process begins with each customer specifying the sort of globe they want, which is typically one that tells a personal story. The owner of a house built in 1851 commissioned a globe depicting a map of the world made in that year. Another client charted a rock group’s travels over four decades of touring. Among the most popular choices are globes tracing years of family holidays and celestial globes depicting the stars in the sky. The cartographers prepare the maps, which are then printed and cut into pointed ellipses, or gores, that are painted by hand before being attached to the globe in a process known as “goring.” Since the paper is wet, it is prone to tearing, rippling, or bubbling. If that happens, the gore must be replaced. Once the goring is finished, the globe undergoes several more rounds of hand-painting before it is sealed.

Globes have been made by hand in a similar way for centuries, but Bellerby & Co. has introduced minor modifications, such as replacing the original plaster-of-paris molds with more robust resin and composite ones, and printing the maps digitally rather than etching them on to copper plates. The sizes of its globes range from just under nine to fifty inches in diameter, and their prices from roughly $1,871 to $124,000.

“It is so important to ensure that every stage in the making is done to perfection,” says Bellerby. “Any slip-ups mean restarting the process from the beginning for us. It is not a job for the faint-hearted.”