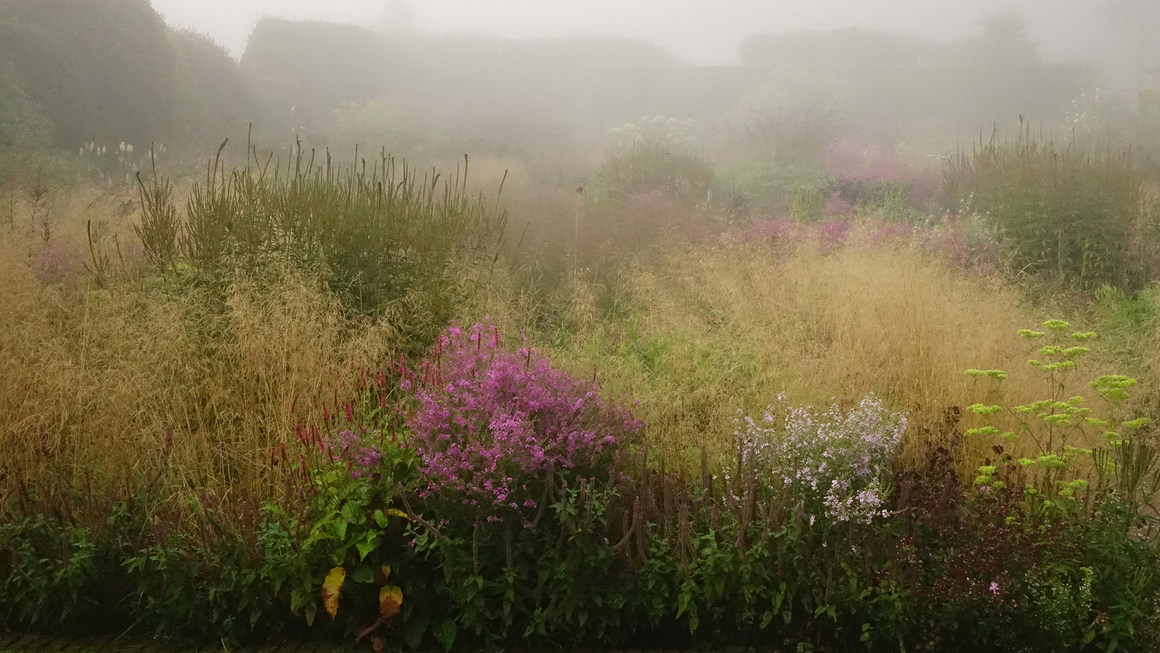 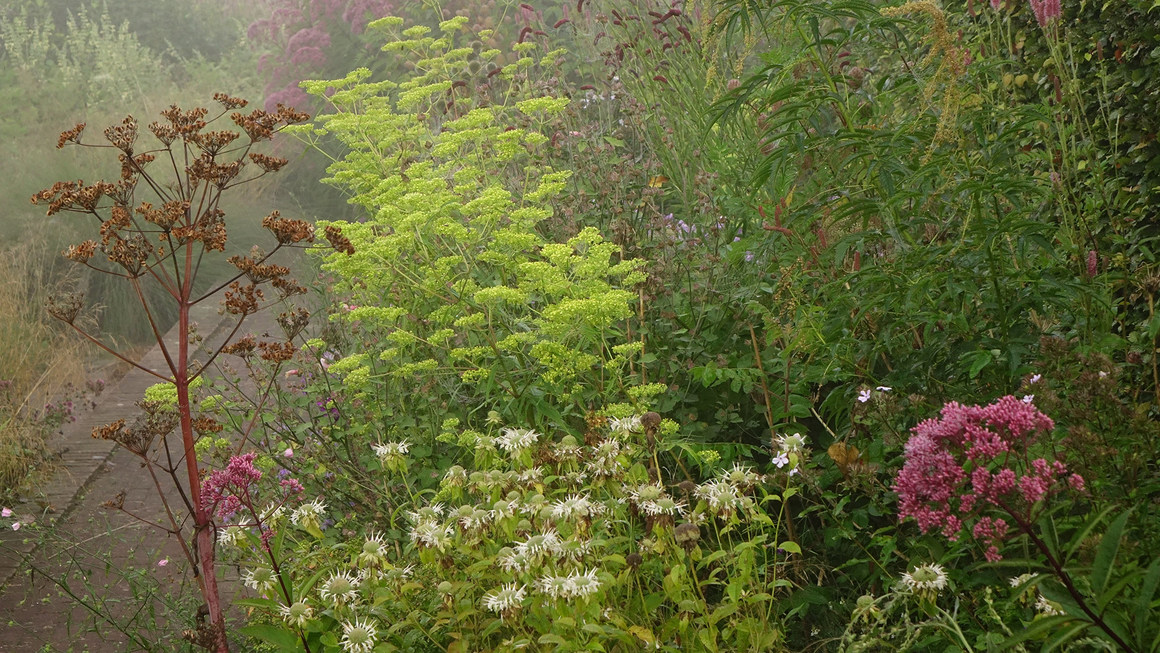 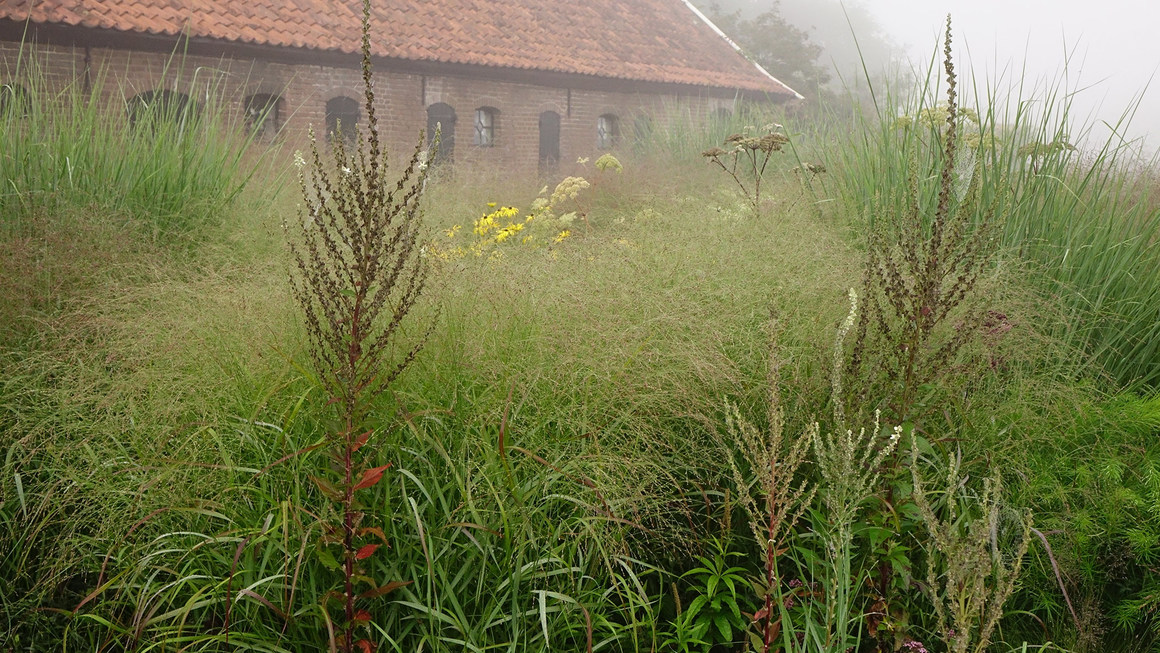 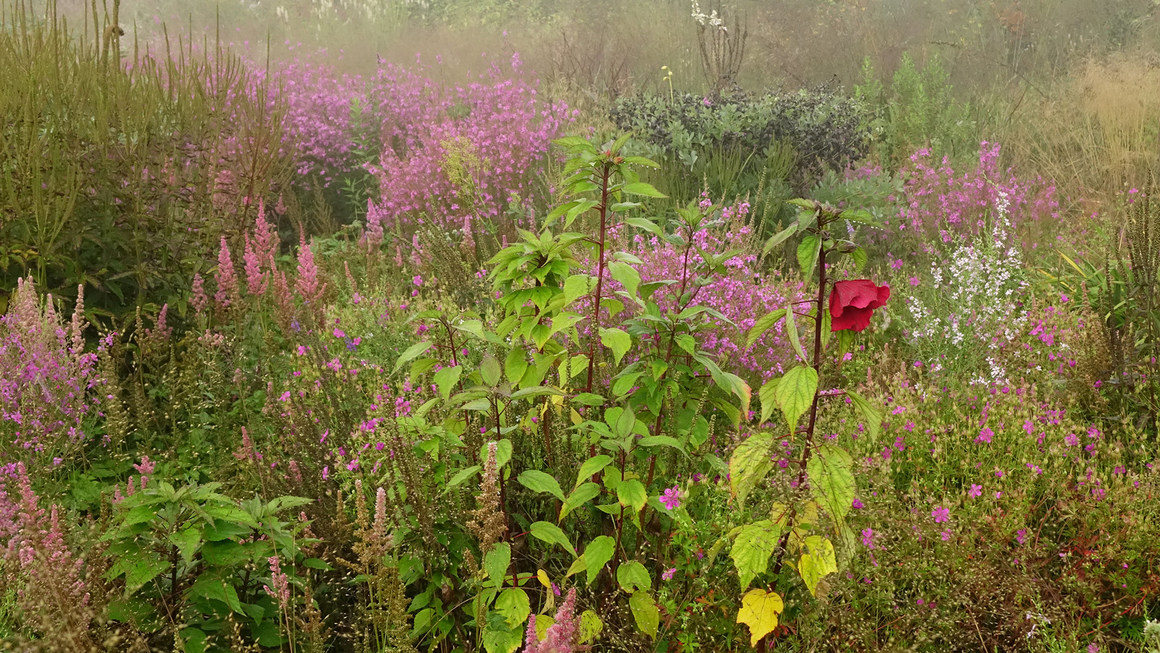 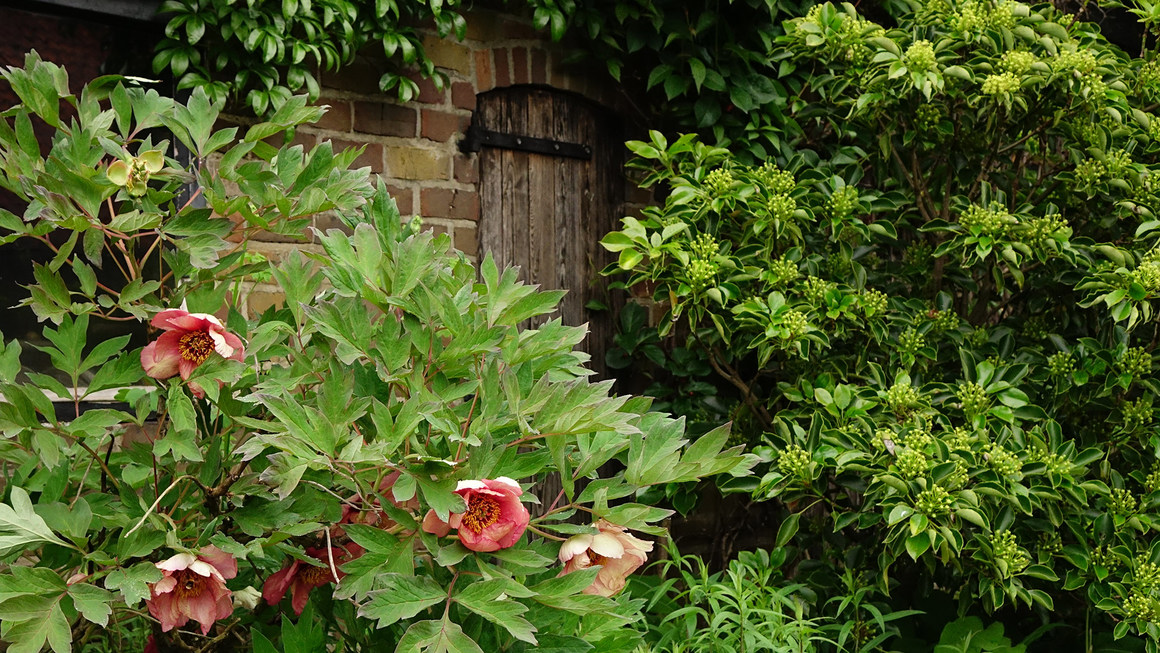 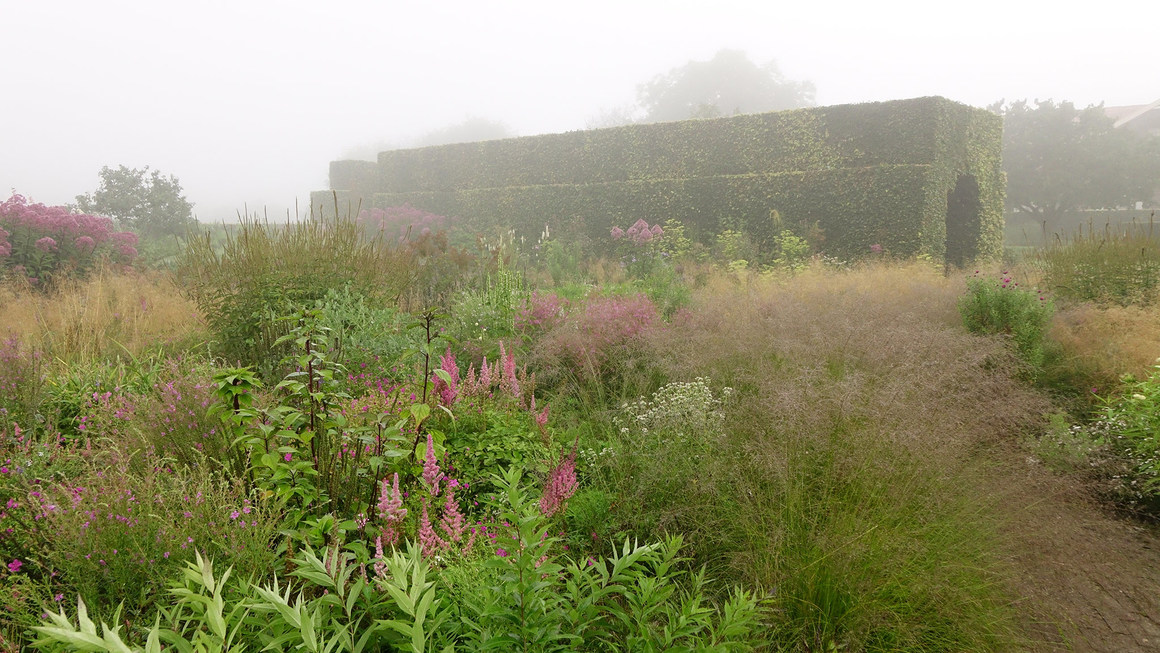 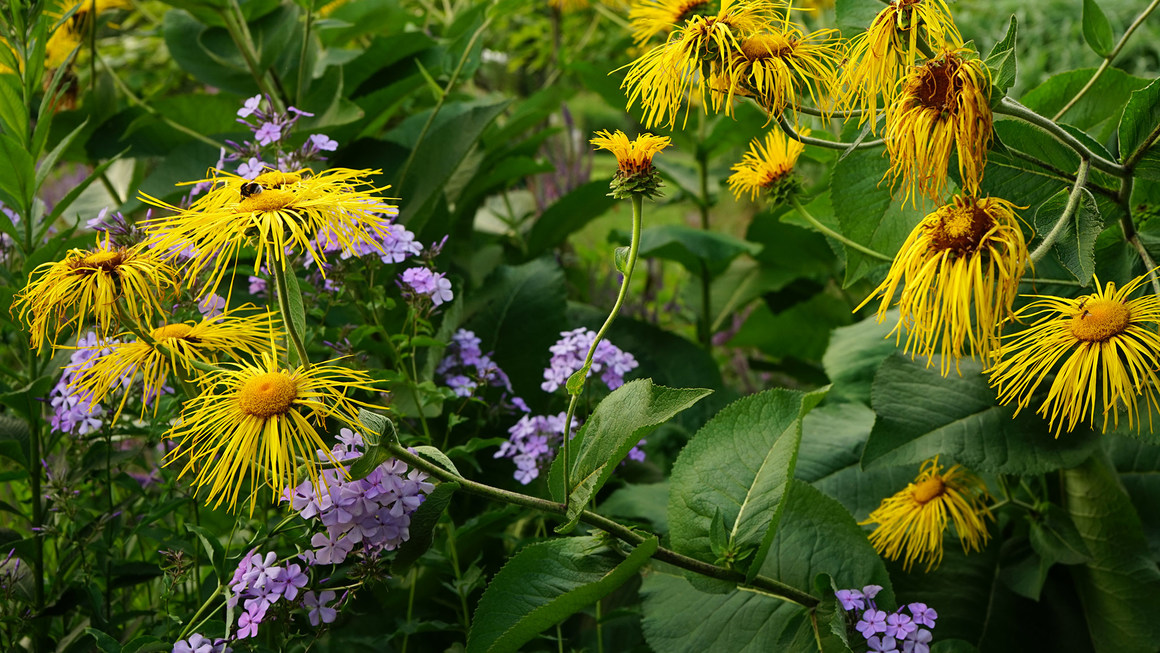 Summer after summer, garden lovers from all over the world have traveled to Hummelo, a remote farming community in the eastern Netherlands, to visit a remarkable garden. It belongs to the Dutch plantsman, Piet Oudolf, who has used it as a nursery-cum-laboratory for over thirty-five years to research the planting schemes he has designed for, among other places, the High Line in New York and Lurie Garden in Chicago’s Millennium Park.

Oudolf, now seventy-three, has cultivated and studied thousands of species on his three-acre plot in Hummelo to observe how each one responds to changes in the weather and light, and whatever else is growing around it. He and his wife, Anja, who runs the business with him, have opened the garden to the public for a few days a week each summer since 1982, shortly after moving to Hummelo. But this is the last time they will do so. The Oudolfs want to be free to travel more frequently, and have decided not to reopen the nursery after it closes for the year in October, 2018.

If you would like to see Piet Oudolf’s garden—or to visit it again—you will have to head for Hummelo on a Thursday, Friday, or Saturday afternoon between July 26 and the final day on October 27. However far you have to travel, the journey will be worth it,  because Oudolf’s living laboratory is so lovingly and knowledgably planned and tended.

Oudolf made the garden from scratch on former farmland after he and Anja moved to Hummelo with their two young sons from Haarlem in the western Netherlands. She had worked as a nurse and occasional model, while he drifted from job to job, ending up at a garden center, where he discovered a hitherto unsuspected fascination with plants. For four years, Oudolf worked there during the day and studied horticulture at night, before setting up in business as a garden designer and contractor.

As his knowledge grew, so did his desire to design gardens based on how plants behave, rather than how they look, which has been the traditional focus of garden design. To do so, he needed to identify hardy perennials that could flourish for years and to devise planting schemes that would look compelling in all seasons, not just during the spring and summer. Oudolf realized that this process required him to observe different species on an ongoing basis, and to grow esoteric varieties himself, which is why he and Anja bought the biggest plot of land they could afford at the time. They then traveled to nurseries and botanical gardens throughout Europe to collect plants and seeds to grow in Hummelo.

The experiments at the nursery, which Oudolf runs with a single gardener and a contractor who takes care of the impeccably trimmed hedges, have enabled him to scrutinize esoteric species from all over the world, and to discover the obscure grasses and wild flowers that now fill his gardens, including the native American prairie, meadow, and woodland plants he chose for the High Line. By doing so he has, albeit unintentionally, fueled the recent fashion for wild flowers and naturalistic gardens.

Oudolf’s horticultural experiments at Hummelo will continue long after the garden closes to the public. The results of his current research will soon be seen in the planting schemes he is designing for a public park in Detroit, a new botanical garden in Delaware, and an extension of the High Line beside the soon-to-be-completed cultural center The Shed. Even after the Hummelo nursery is closed to visitors, it will be possible to trace the seasonal changes through Oudolf’s meticulous reports of new plants blooming and others fading on his Instagram @pietoudolf.

Alice Rawsthorn is a London-based writer on design. She is the author of Hello World: Where Design Meets Life,  Design as an Attitude, and most recently, A Field Guide to Design, published by JRP/Ringier. 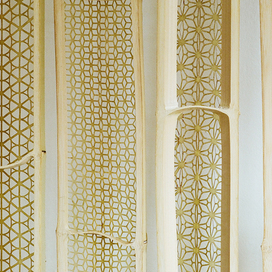 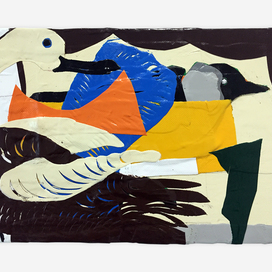