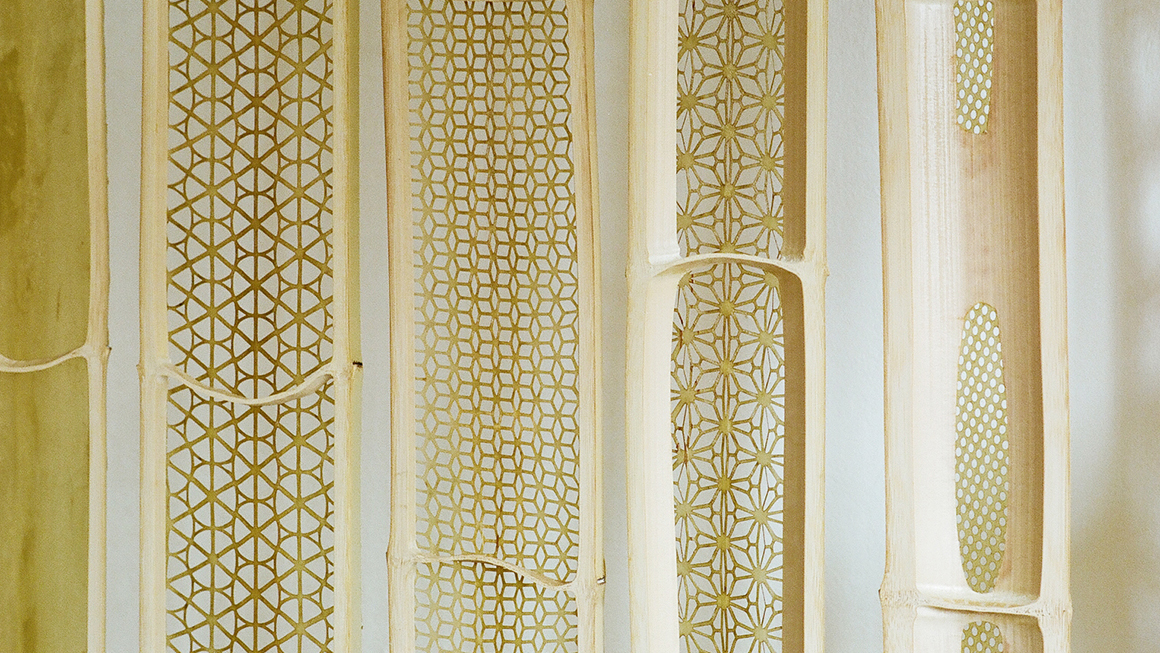 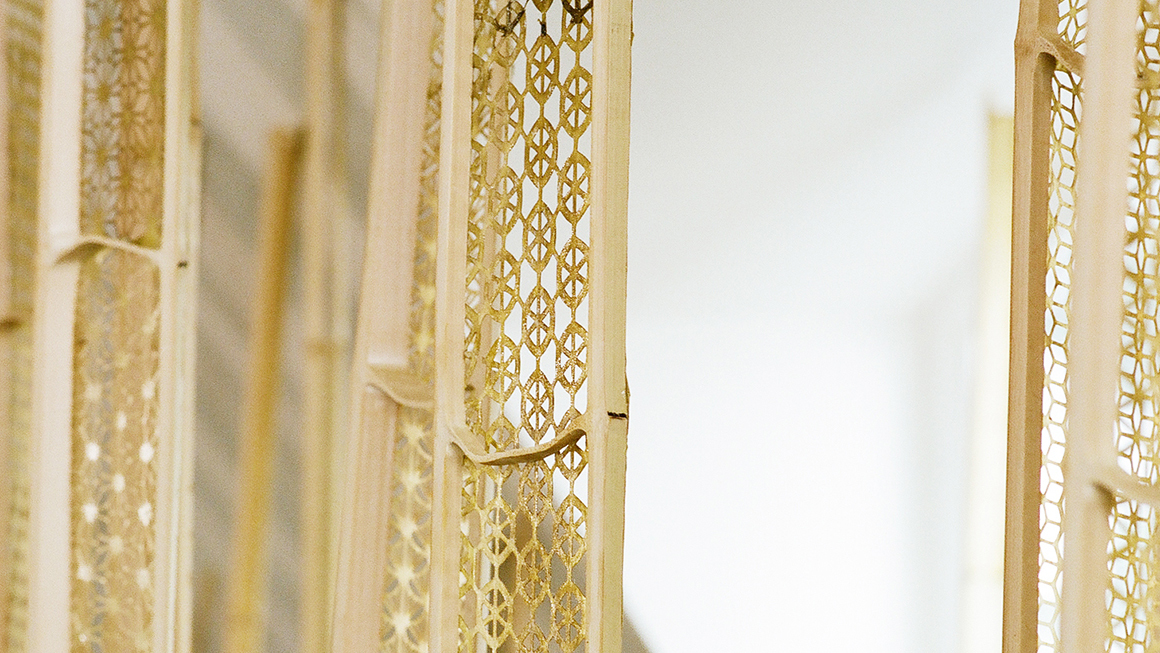 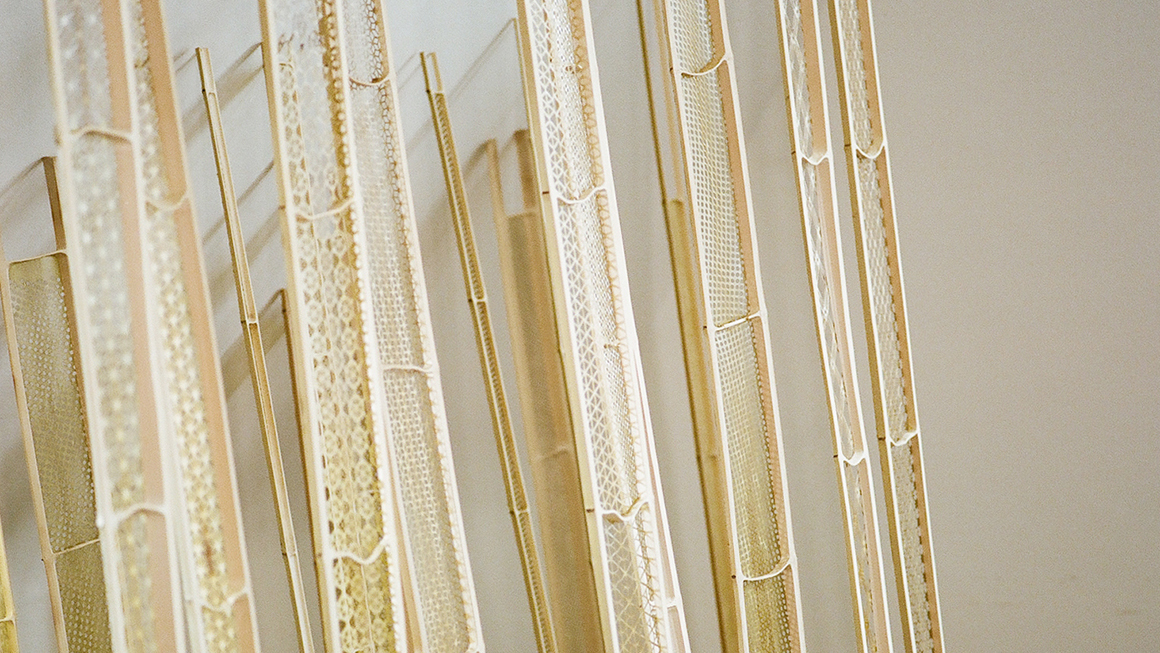 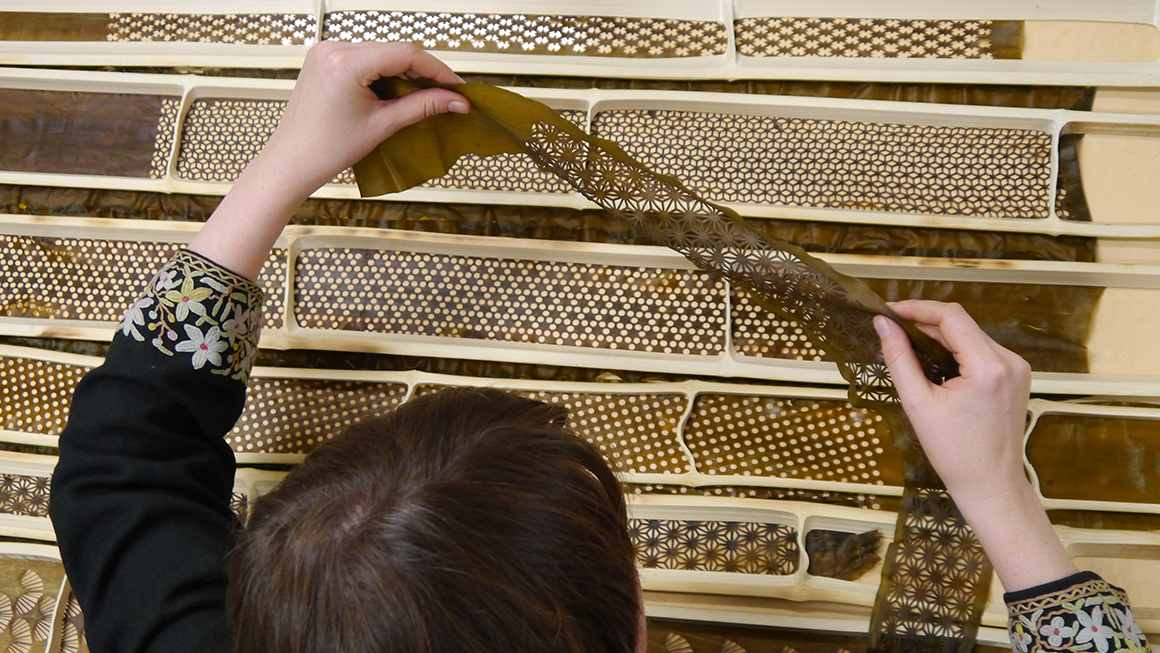 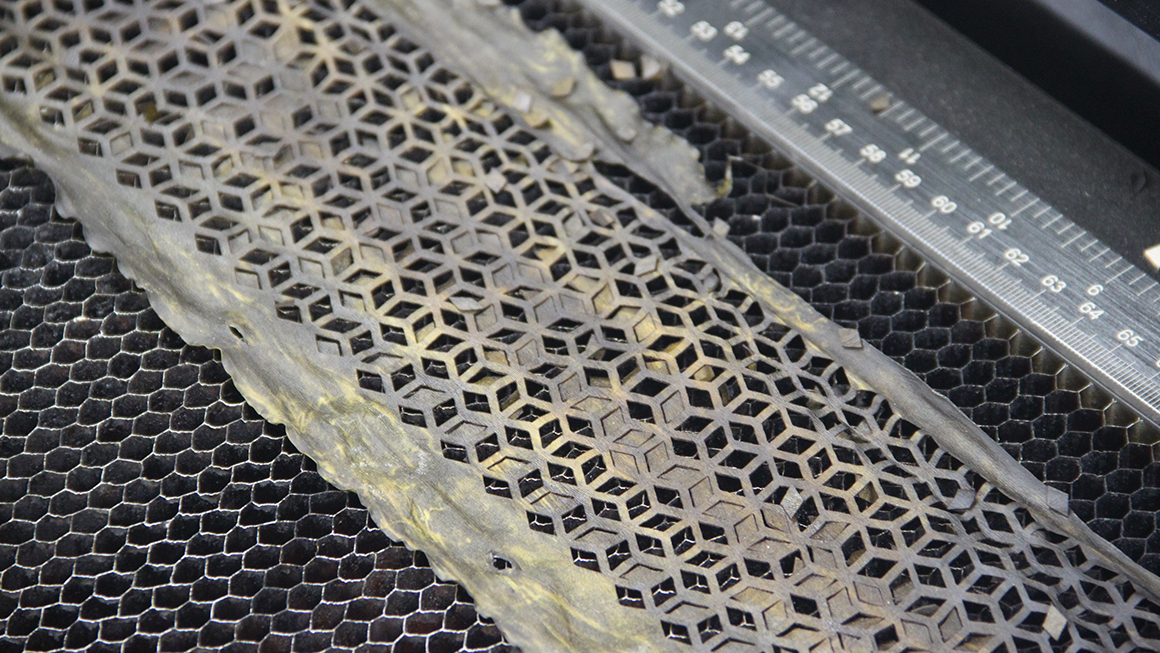 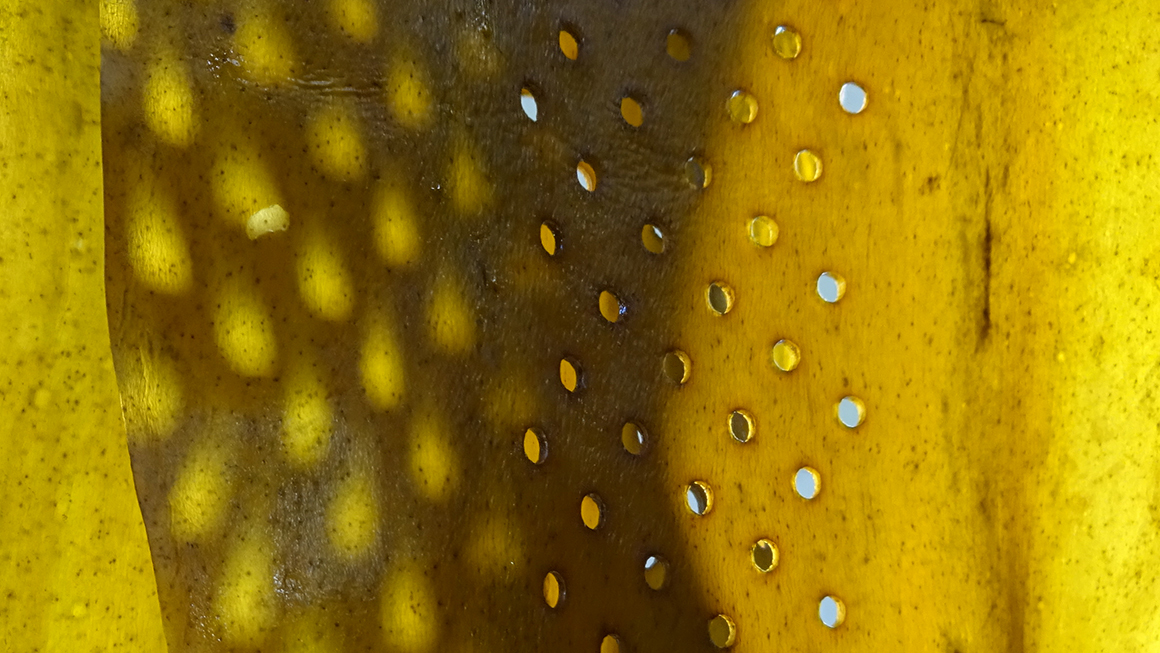 At the end of a research visit to a seaweed farm on the Japanese island of Hokkaido, the German designer Julia Lohmann was given a large bag containing kombu and other types of seaweed that were grown there. She was impressed not only by their beauty, but also by the difference between how they looked and felt when wet and dry.

“Kombu is such a striking material with a large surface area, feathery texture, and beautiful colors that I imagined all sorts of uses for it,” recalled Lohmann. “I asked a Japanese friend what seaweed was used for, apart from food. My friend explained that it is so ingrained in Japanese culture as food that no one looked beyond that.”

By the time Lohmann returned to her design studio in London, she had become fascinated by both the aesthetic and functional possibilities of seaweed, as well as its environmental benefits as a fast-growing plant. “A seaweed like kombu grows twenty feet long and a foot wide in a year,” she explained. “And while it grows, it cleans the ocean and provides a sheltered environment for young fish.”

Lohmann decided to research and develop new ways of using seaweed in product design. She has devoted the last nine years to doing so, culminating in a return visit to Japan in early 2016 for a residency at the Kyoto Institute of Technology, where she experimented with ways of combining kombu with another highly sustainable, natural material, bamboo, with exquisite results.

Identifying new functions for unusual materials—while assessing their environmental impact—has been a recurring theme of Lohmann’s work since she graduated from the Royal College of Art in London in 2004. One of her graduation projects consisted of lights whose eerily elegant, translucent shades were made from the stomachs of sheep and cows. Another was the series Cow Benches, shaped like the torsos of real cows and upholstered in cowhide. Each bench was given a name, like Carla or Belinda, to remind us of the brutal contradiction of our sentimental attachment to individual animals and our apparent indifference to their being slaughtered for profit.

Even in those early works, Lohmann was unusually deft at creating conceptual design projects that are uncompromisingly polemical while also fulfilling the conventional design criteria of serving a practical purpose and being formally compelling. When she started working with seaweed in 2007, Lohmann was confident of producing a similar outcome. But transforming raw seaweed into a material that is tough and versatile enough to be used in product design, ideally on an industrial scale, has taken longer and proved more difficult than she anticipated.

Undeterred, Lohmann forged ahead with her research both in her academic role as a design professor at the University of Fine Arts of Hamburg, Germany, and during a 2013 residency at the Victoria & Albert Museum in London. At the V&A, she founded the Department of Seaweed in the hope of attracting collaborators who shared her interest in its potential.

By the end of the residency, Lohmann had produced large sculptural forms from seaweed and met a number of prospective collaborators. Among them was Yuki Yokoyama, a Japanese bamboo craftsman, who introduced her to the possibility of combining seaweed with bamboo. Fast growing and resilient, bamboo shares many of seaweed’s sustainable qualities, but is already used in industrial production, as well as food. Lohmann describes kombu as the “bamboo of the sea.”

During her Kyoto residency, she and Yokoyama produced beautiful screens, columns, and towers made from large strands of kombu, cut by laser into delicate patterns and supported by bamboo structures. Lohmann now hopes to make further progress at the Department of Seaweed by forging collaborations with chemists and biologists to develop stronger, more flexible materials from seaweed, and to work with the growing cottage industry of seaweed farmers on refining the raw material that has intrigued her ever since that visit to Hokkaido.