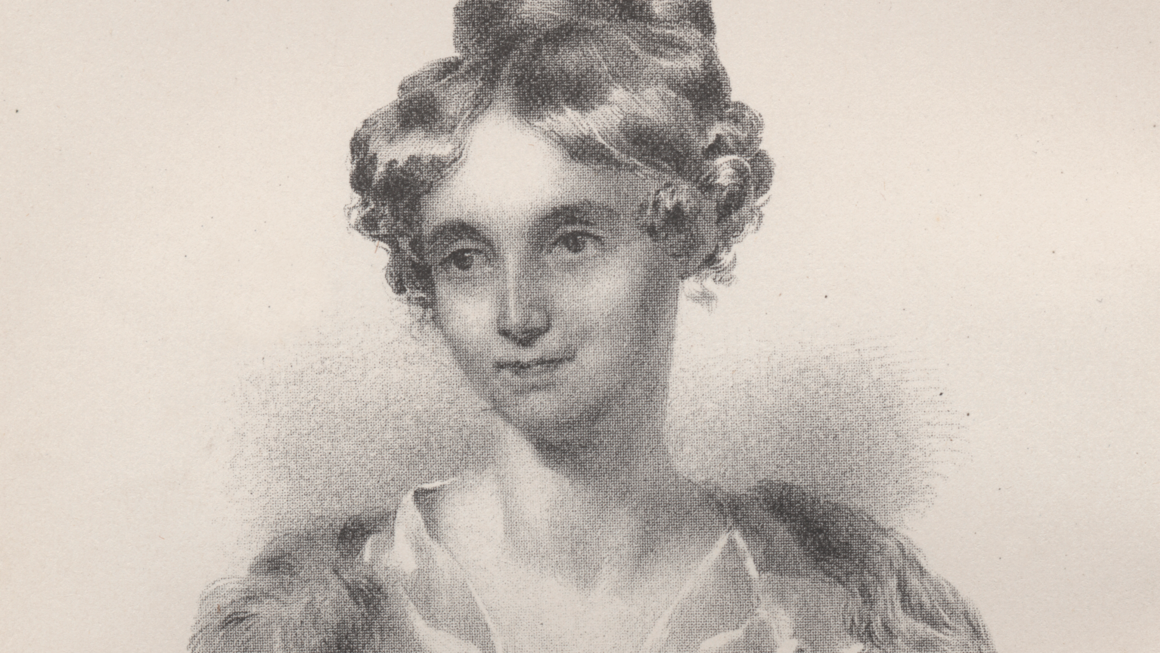 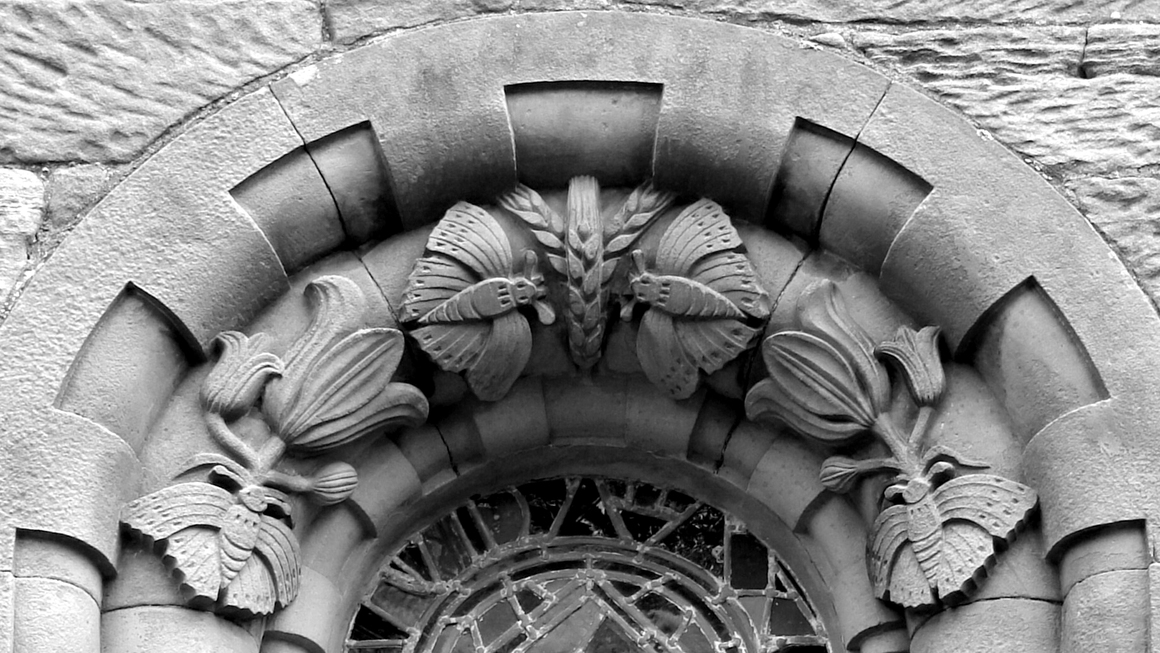 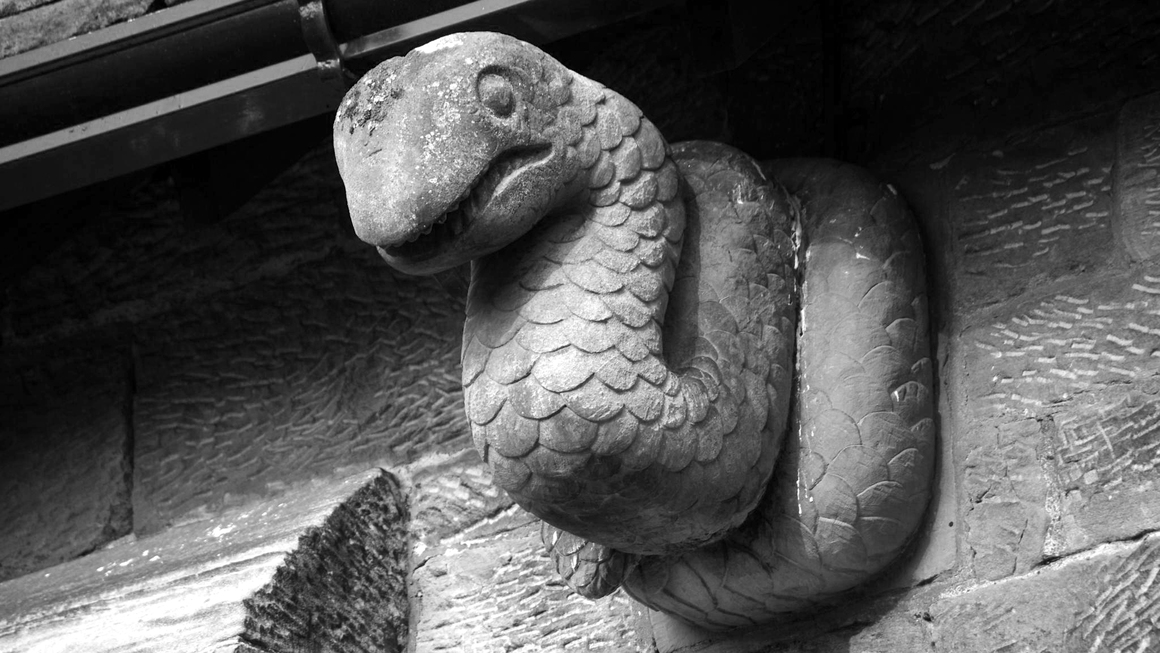 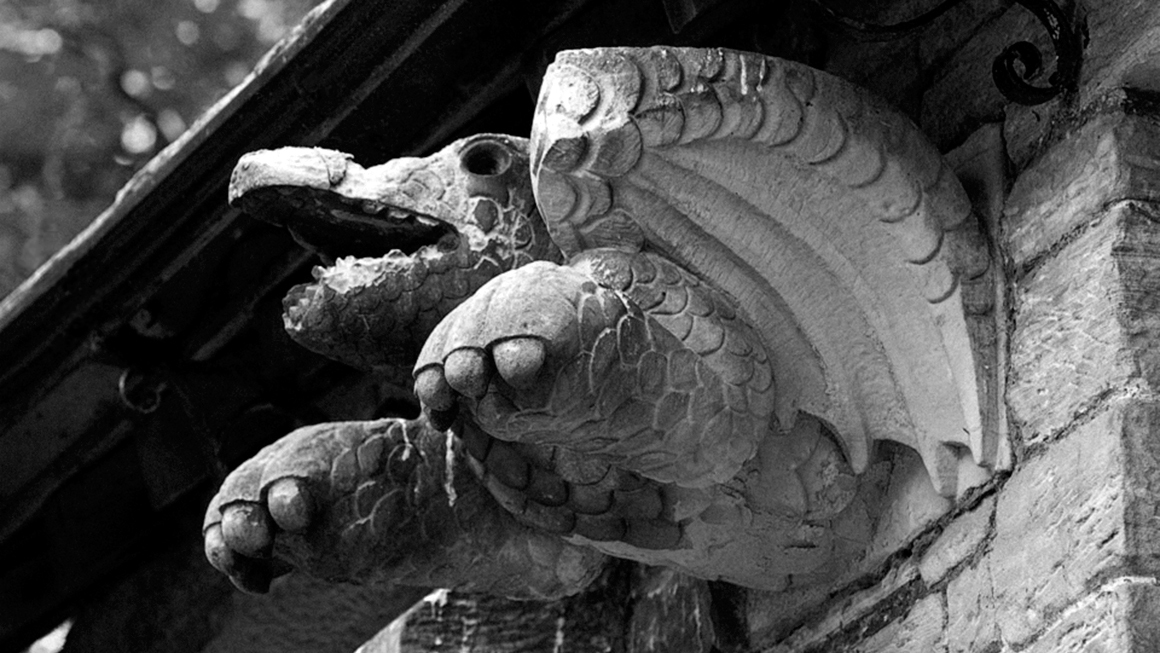 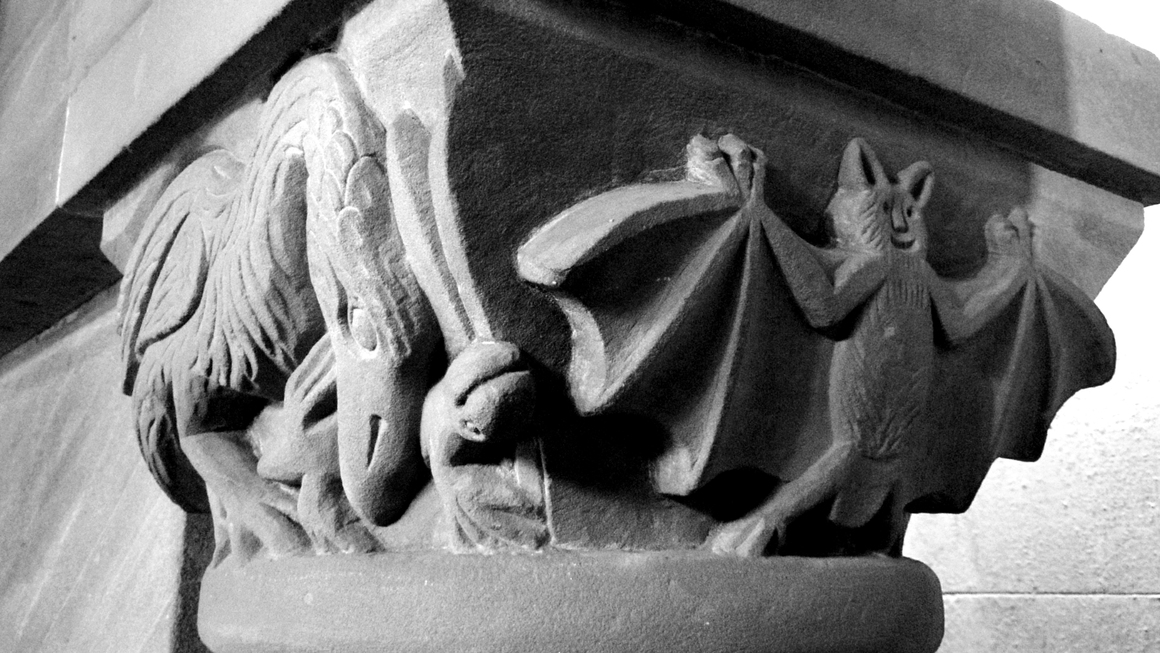 Piercing a wall in the baptistery of St. Mary’s, a 19th-century church in the tiny village of Wreay in Cumbria, a bleakly beautiful region of northern England, is an arrow. No one knows for sure why it is there.

Nor is it is the only oddity in St. Mary’s architecture. The rugged stone church looks quietly elegant from a distance, but the closer you get the stranger it turns out to be. The gargoyles are in the forms of turtles and dragons. The stained-glass windows depict flowers, fossils, and insects rather than biblical figures. Symbols of paganism and mysticism are carved on the walls, and the pulpit is hewn from a hollow tree trunk rescued from a bog.

The reason why the architecture of this village church is so idiosyncratic is that its designer not only oversaw every element of its construction but financed the project too. Had that designer not been rich enough to do so, another architect would undoubtedly have been appointed, because, as a woman living in the early 1800s, Sarah Losh was only able to fulfill her architectural ambitions by building on her own land using her own money.

A handful of other wealthy Englishwomen had done so before her. During the 17th century, Lady Anne Clifford reconstructed three castles and two churches on her family’s estates near Wreay; and in the late 1700s, the cousins Jane and Elizabeth Parminter designed their home inspired by the Italian architecture they had seen on their Grand Tour of Europe.

Losh’s passion for architecture was inspired by her own European travels with her younger sister Katharine during the early 1800s. Born in 1785 into a wealthy Cumbrian family who owned much of the land around Wreay as well as a thriving chemical works, Losh had an eclectic range of interests that included literature, art, science, archaeology, gardening, and geology, as well as architecture. She and Katharine inherited their father’s estate in their twenties and managed it efficiently, helped by uncles, aunts, and cousins who also introduced them to some of the defining figures of the age, from the poet William Wordsworth to George Stephenson, the pioneering railway engineer.

Having started out as a self-taught architect by redesigning parts of her own home, Losh built a school for the village. After Katharine’s death in 1835, she determined to construct a church to replace Wreay’s dilapidated chapel. Having secured the necessary approvals from local officials, not least as she was to cover the cost in full, Losh was allowed to design it as she wished. The story of her work on St. Mary’s is told beautifully in Jenny Uglow’s book The Pinecone.

Structurally, the building was inspired by the Romanesque churches she had admired in southern Italy, making it far less ornate than the then-fashionable Gothic style. Eager to use local materials wherever possible, Losh supervised the quarrying of stones for the walls, roof, and floors, and oversaw the restoration of the rescued tree trunk into the altar. Oak trees were felled in the grounds of her home to make the roof beams, and her gardener carved the vines and butterflies around the door. Losh herself made candlesticks for the font by sculpting alabaster from a nearby quarry into exotic lotus flowers.

Outside the church, she had plants, birds, fossils, and pinecones carved into the gravestones, and designed a distinctive fence with rails cast in the form of arrows, like the one in the baptistery. Even the assiduous Jenny Uglow could not ascertain exactly why Losh chose such a brutal symbol, but speculated that it may allude to the death of a local boy, William Thain, while fighting for the British army in Afghanistan. Losh commissioned a memorial stone for him beside a tree planted in the churchyard, grown from a seed from the Afghan pinecone that had been the last thing he had sent home to Wreay.