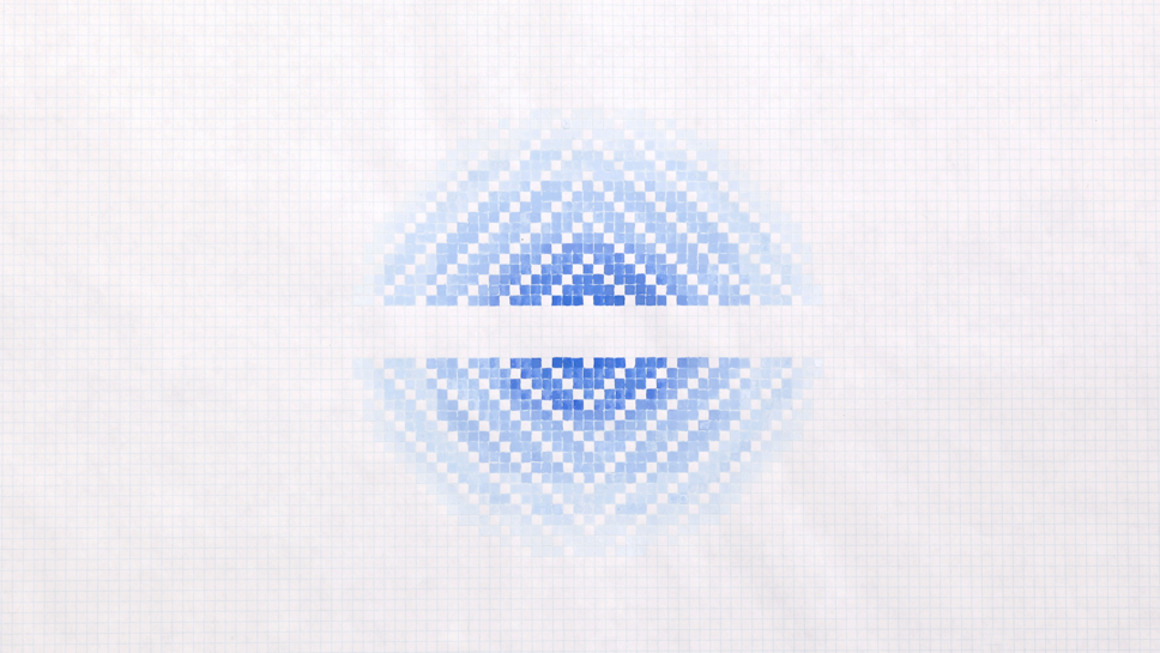 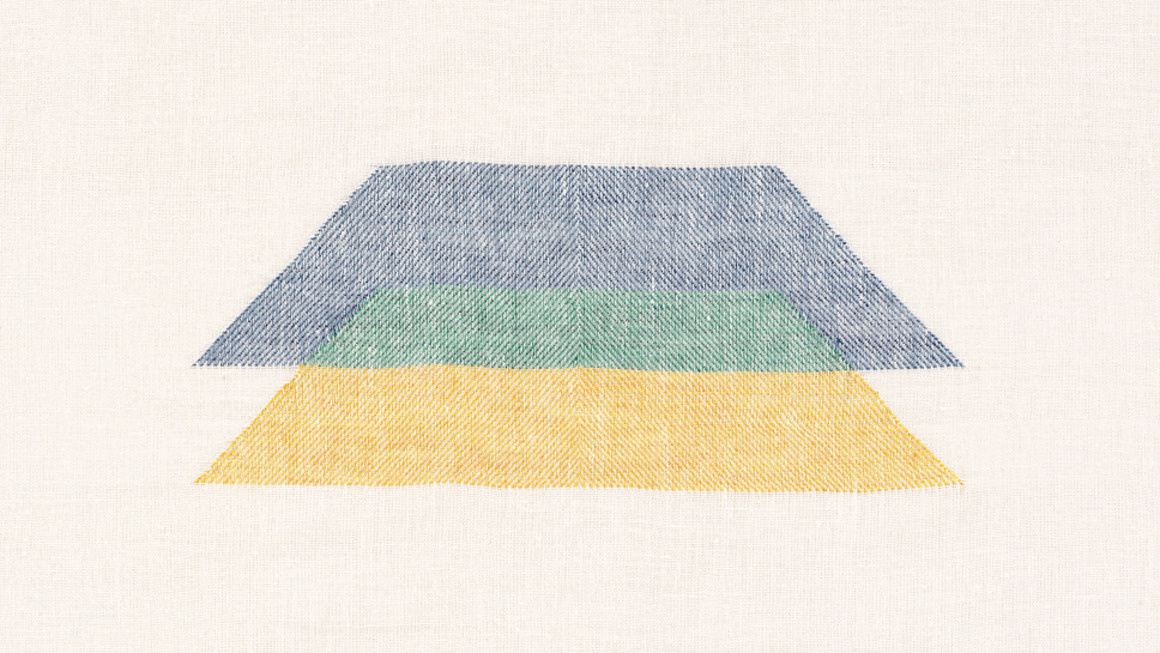 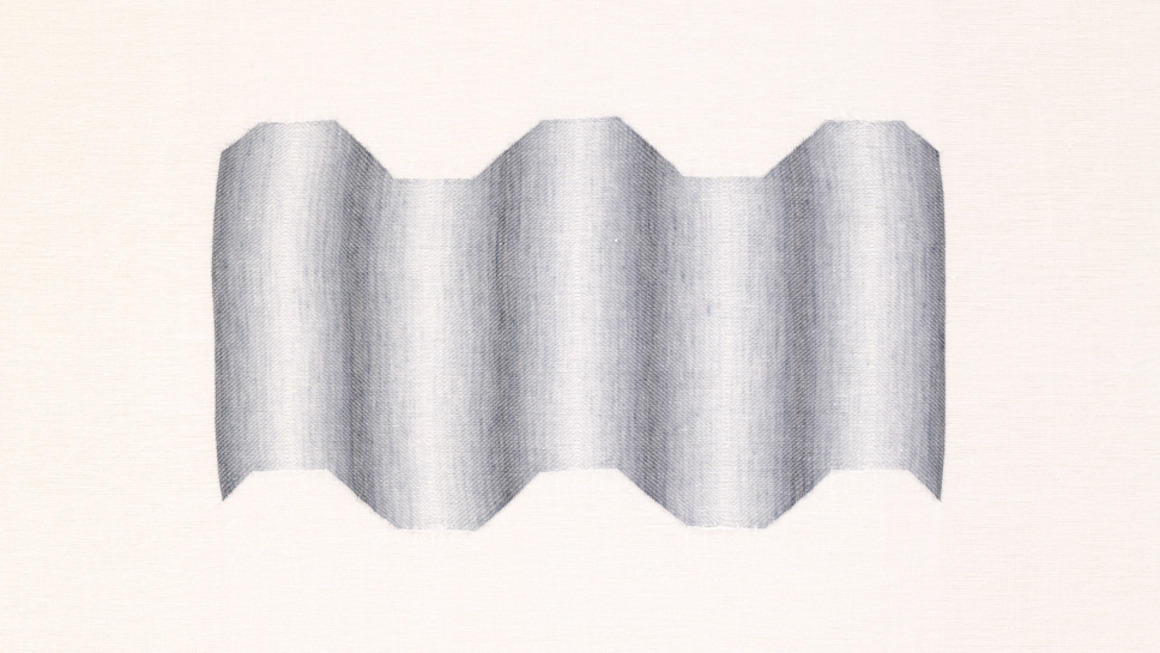 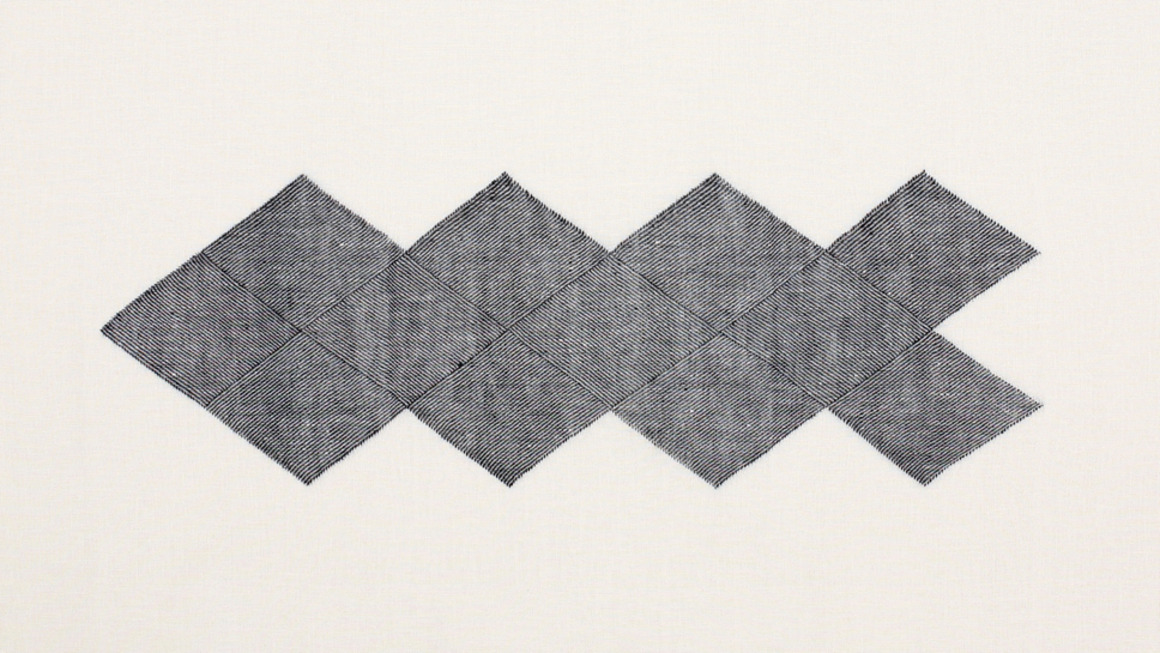 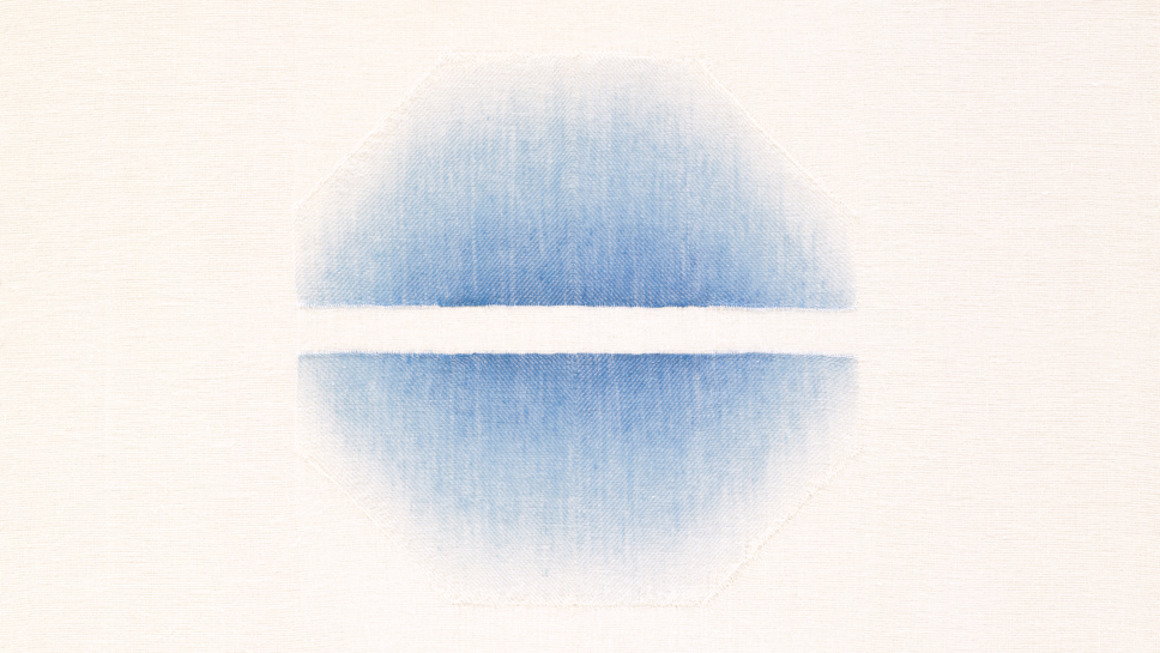 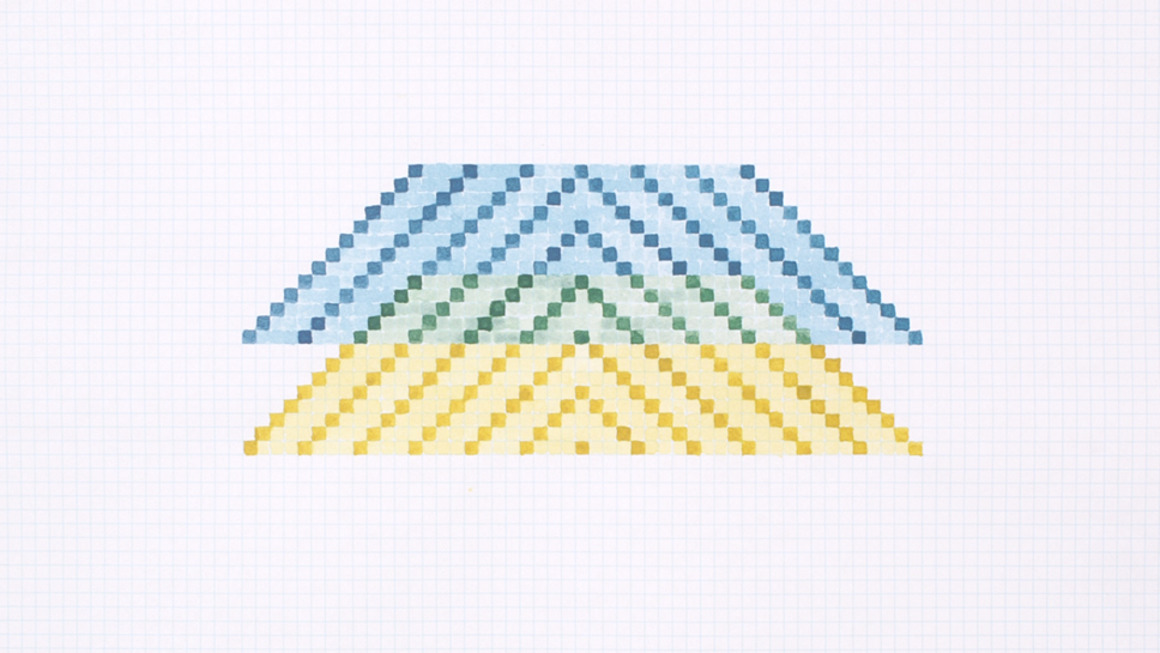 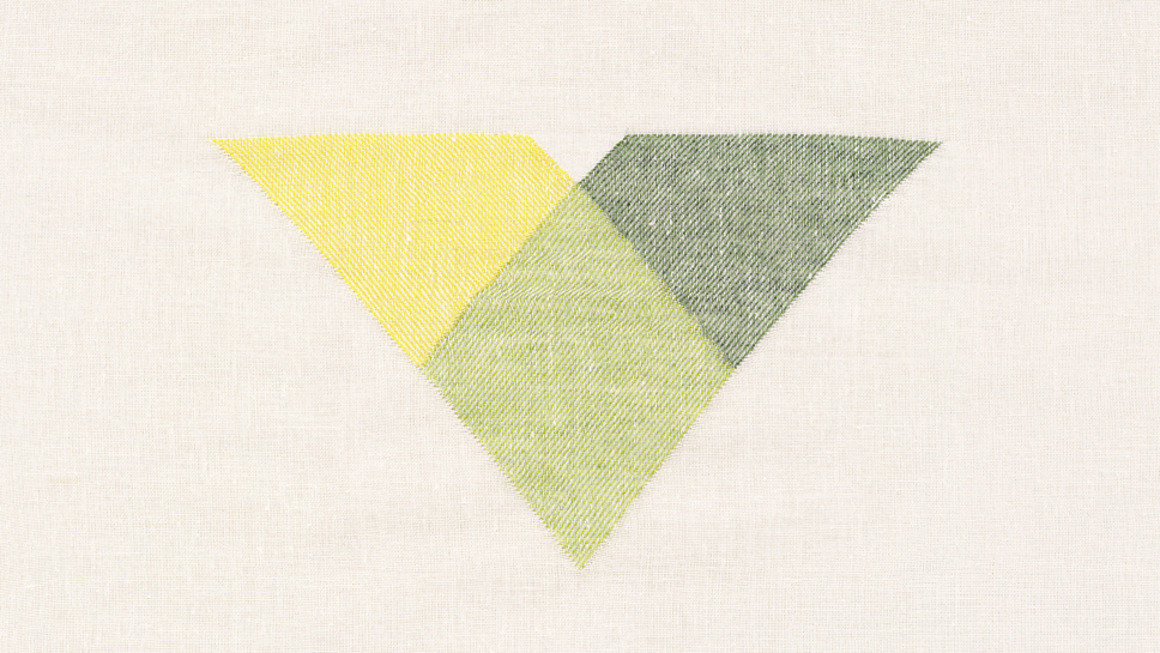 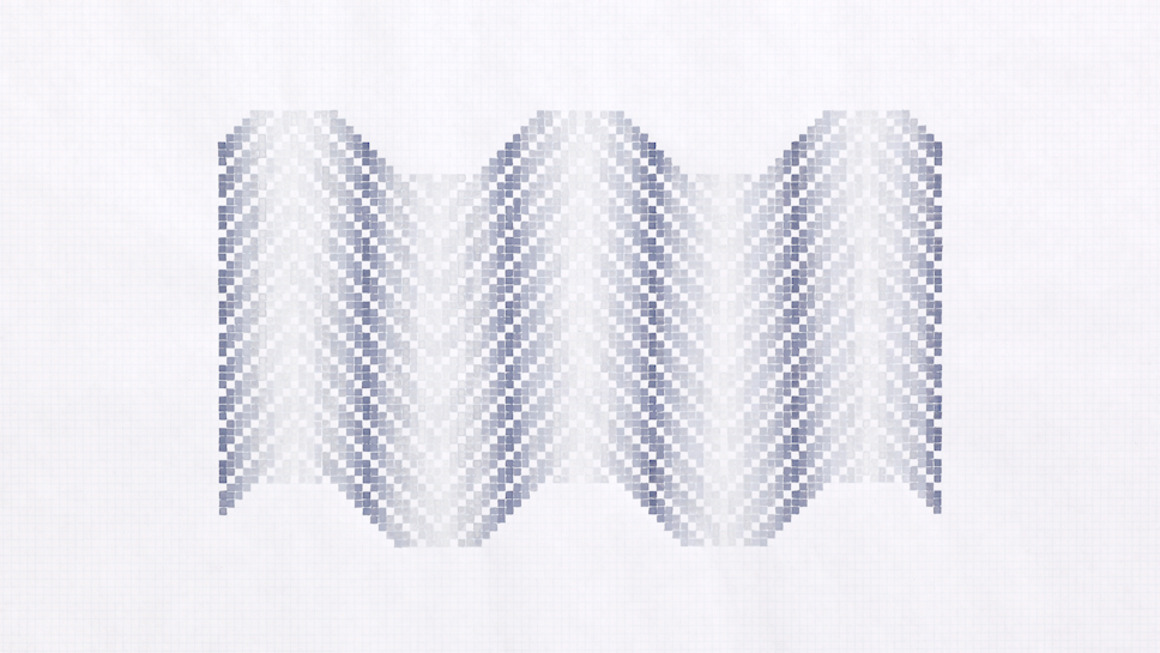 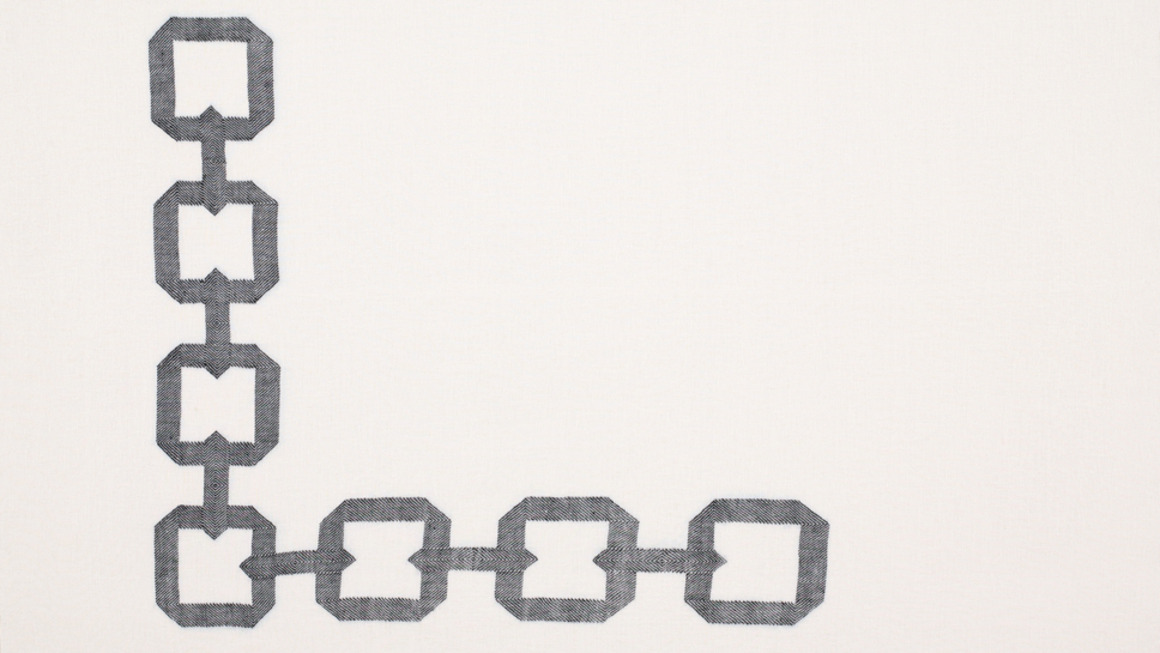 Ruth Laskey draws with her loom. Trained as a painter, she evolved into a weaver. Her woven works simulate the appearance of drawings on paper, though on close inspection one sees the meticulous placement of dip-dyed threads across the warp and weft of the weave. However, it is not just the merit of her labor that makes them interesting. Laskey’s woven compositions embody the slow pace of an earlier era; they radiate a sense of calm, allowing the viewer a moment of meditation.

The geometric emblems appear to lift from the surface of the weave. Through pointillist precision, she captures the essence of light. Laskey works at the particle level, building each block, one by one, to form a whole. She drafts her weaves on graph paper, square by square, notating every subtle gradation of hue. She is an architect of threads, slowly building a structure one line at a time. The lines add up, creating a fluid form—an unexpected vision for a handwoven textile.

Such labor-intensive work could be seen as old-fashioned or excessively craft based. However, her mastery of skills and innovative use of color propels possibilities within handloom technology. It would be impossible to simulate her work on a power loom, for each piece requires the discerning control and eye of its maker. With her back-to-the-basics approach and groundbreaking work with form, Ruth Laskey shows that going back to square one can be the perfect place for innovation.

Image: Courtesy of the artist and Ratio 3, San Francisco.