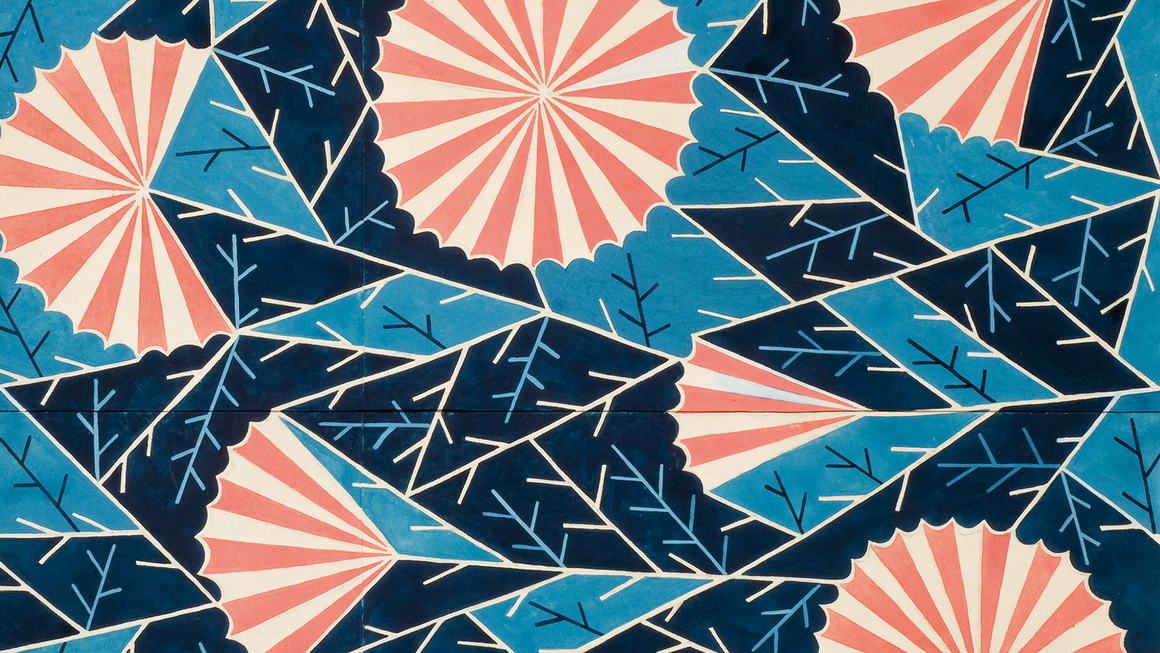 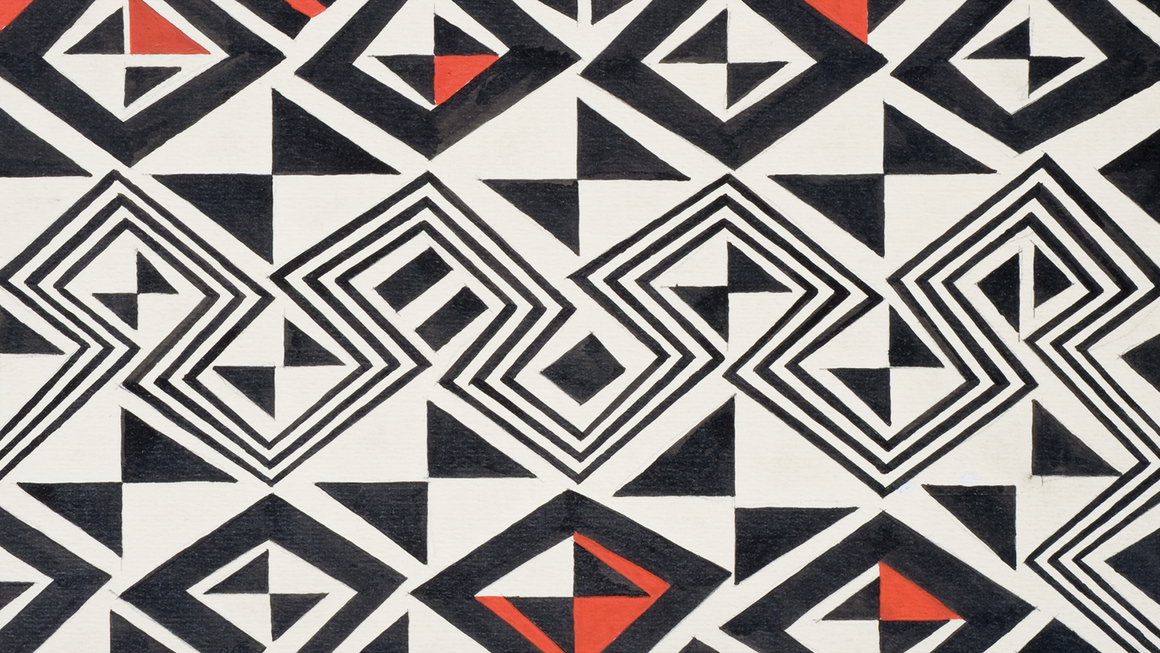 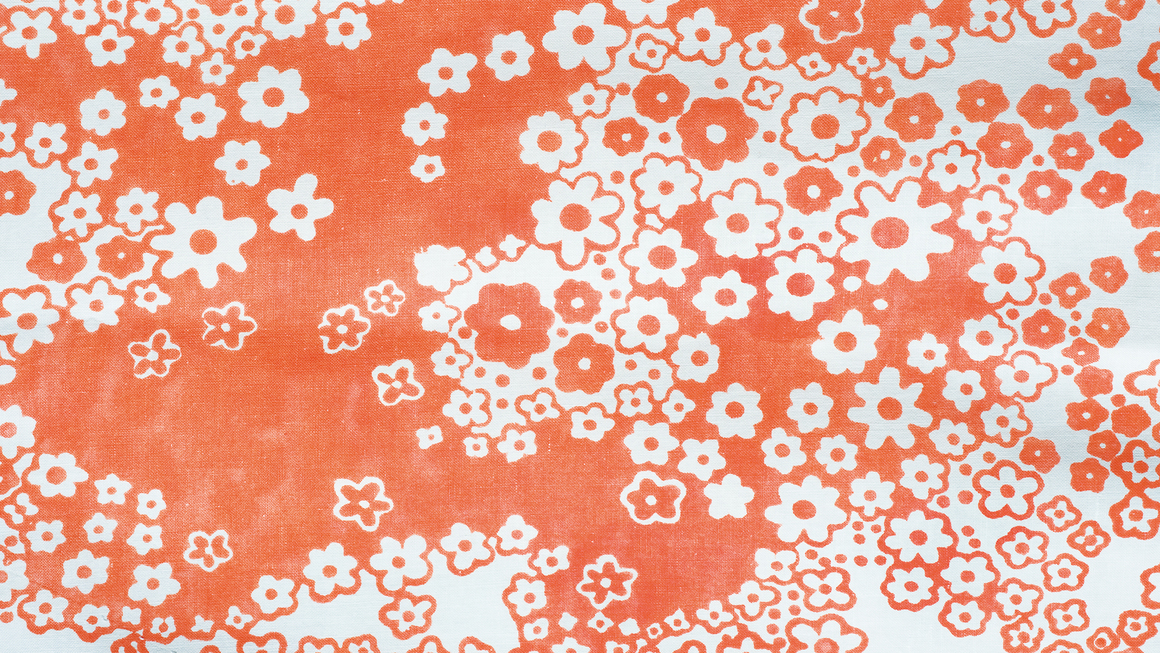 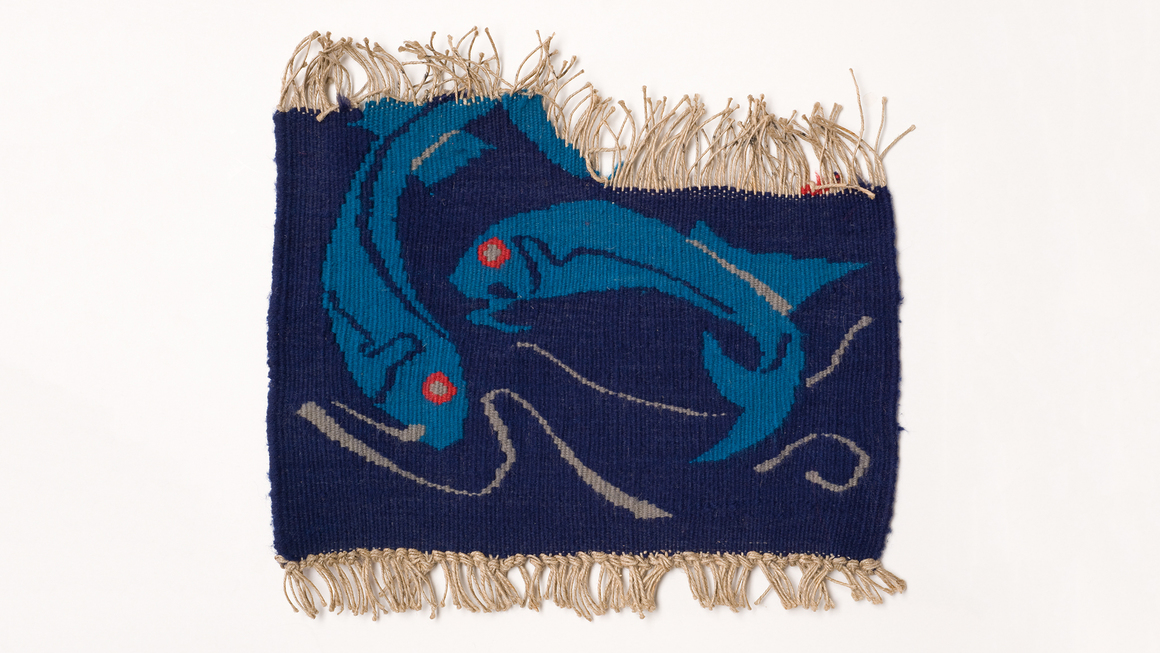 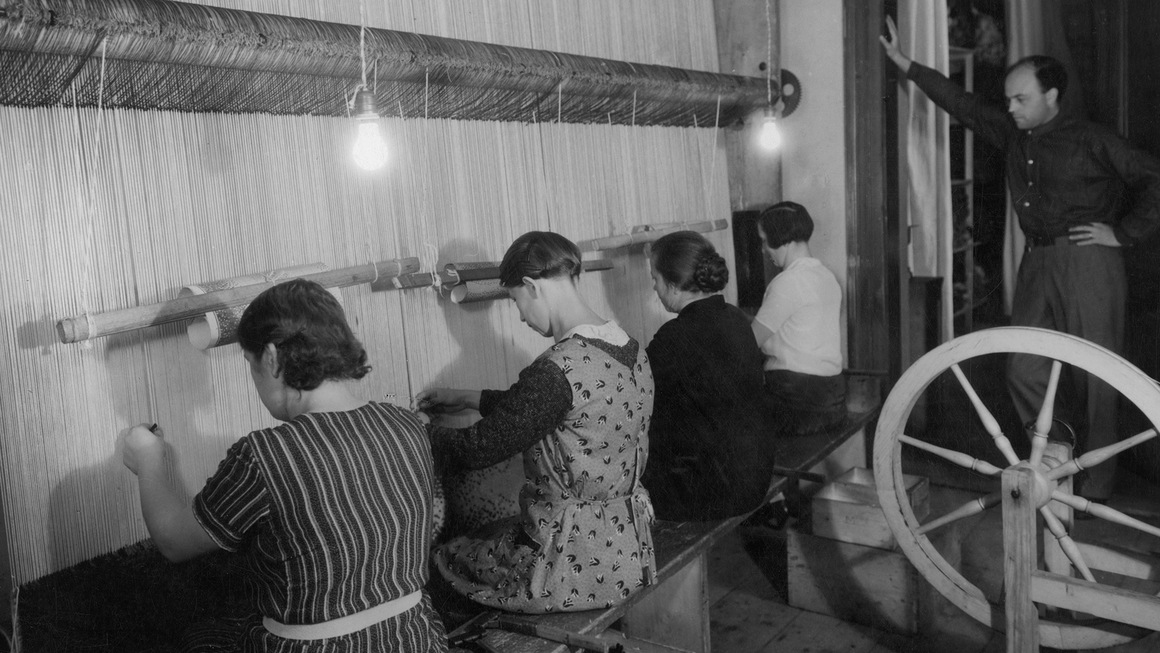 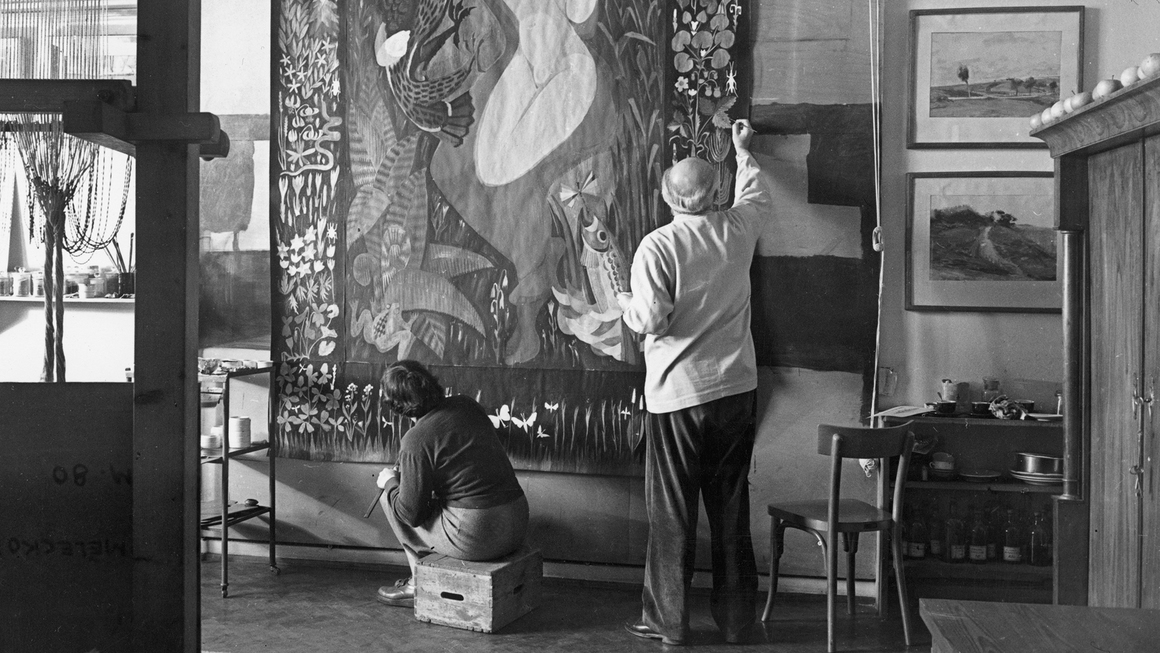 In interwar Czechoslovakia, modernism was received with open arms and quickly penetrated into many fields of fine and applied arts. The 1920s and 1930s were the golden era of Czechoslovakian art, design, and architecture. From Surrealism in painting to the progressive tendencies of Constructivist architecture, modernity dominated a thriving community of young Czechoslovaks on all fronts, including housing, culture, and everyday life.

During this period, textile design guru Antonín Kybal (1901–1971) began to develop his work, his formal and technological experiments based in a synthesis of craft and industry. He began his career as a painter in the 1920s, but started designing textiles shortly thereafter. He founded his own studio and workshop in 1928 and began to produce textiles to satisfy the stylistic demands of modernist architecture—Czechoslovakia’s dominant medium of modernist ideals. Kybal’s workshop was one of the few that produced textiles adapted to efficient production techniques and tastes of the new style. Among his first mass-produced items were pillows composed of linear motifs, color fields, and nets that resembled contemporary abstract paintings and the severity of Functionalist architecture.

His products were sold mainly in the Krásná Jizba stores, a subsidiary of the publishing house Dílo that, under the creative leadership of graphic and product designer Ladislav Sutnar, shaped the modernist expression of the Czechoslovakian art scene of the time. Kybal created some of Krásná Jizba’s most successful items. Kybal’s industrially bonded looped carpets in muted colors with fine geometric decoration became a hit; the carpets, together with Sutnar’s glass drinking sets, were Krásná Jizba hottest-selling products until the 1940s. In addition to his mass-produced works, Kybal also focused on custom commissions, specifically his monumental, hand-knotted tapestries. These also became an integral part of the exclusive interiors of the Czechoslovakian presidential villa as well as projects by renowned architects such as Josef Gočár, Ladislav Žák, Vladimír Grégr, and Karel Caivas, among others.

Antonín Kybal became a leading figure of the postwar Czechoslovakian applied art movement, and, with his knowledge of art and design as well as their connection to craft and industrial production, he received a number of major commissions. He joined the School of Applied Arts in Prague (UMPRUM; now the Academy of Arts, Architecture and Design) as head of the textile studio. Surprisingly, though Kybal was the prototype of the then-democratic republic’s flourishing intellectuals and entrepreneurs, when the communist regime took over Czechoslovakia in 1948, he was not harassed or imprisoned. Like other artists under communist rule, Kybal had to follow the dictates of Social Realism, but he nevertheless executed many political projects with surprising elegance and refinement. The most renowned of these commissions was the decorative train coach he designed for Joseph Stalin as a seventieth birthday gift from Czechoslovakia.

During the 1950s he created a number of excellent textile designs, especially for the new buildings representing the country, such as the Old Town Hall in Prague, Czechoslovakian cultural centers in Warsaw and Berlin, the Czechoslovakian embassy in Moscow, and textiles for the new Prague hotels including the Jalta and the International. Domestic commissions were followed by projects for Czechoslovakian presentations abroad. For the Czech pavilion at Expo ’58 in Brussels, Kybal was commissioned to develop several projects. One of the works included a collective tapestry he executed with his students from UMPRUM depicting a map of Czechoslovakia with pictures of historical monuments. He also created the installation for the exhibition Československý vkus (Czechoslovak Taste) in which he emerged as a proficient set designer. Later, his work was exhibited across the Atlantic. For the United Nations building in New York, he created a tapestry called Česká píseň (Czechoslovak Song). For the Czechoslovakian pavilion at Expo ’67 in Montreal he designed an exhibition “Inspirace“ (Inspiration) in which the traditional crafts of Czechoslovakia were presented in a visually and spatially impressive installation made of textile fibers.

Merging his background in painting with a deep knowledge of textile production and handcraft, Kybal’s preference for the medium of tapestry became clearest during the 1960s. From stylized landscapes to figurative motifs, Kybal created both purely abstract and strongly expressive compositions using textile inlays, quilting, and Art Protis, a patented process in which fleece wool, after being layered by an artist, is stitched by a machine onto a fabric backing. Kybal worked with tapestry until his death in 1971. His work reflected a persistent and fundamental optimism for the world—its modernity, society, and his own deep inner artistic expressions.

Adam Štěch is Prague-based curator, editor and a co-founder of OKOLO.