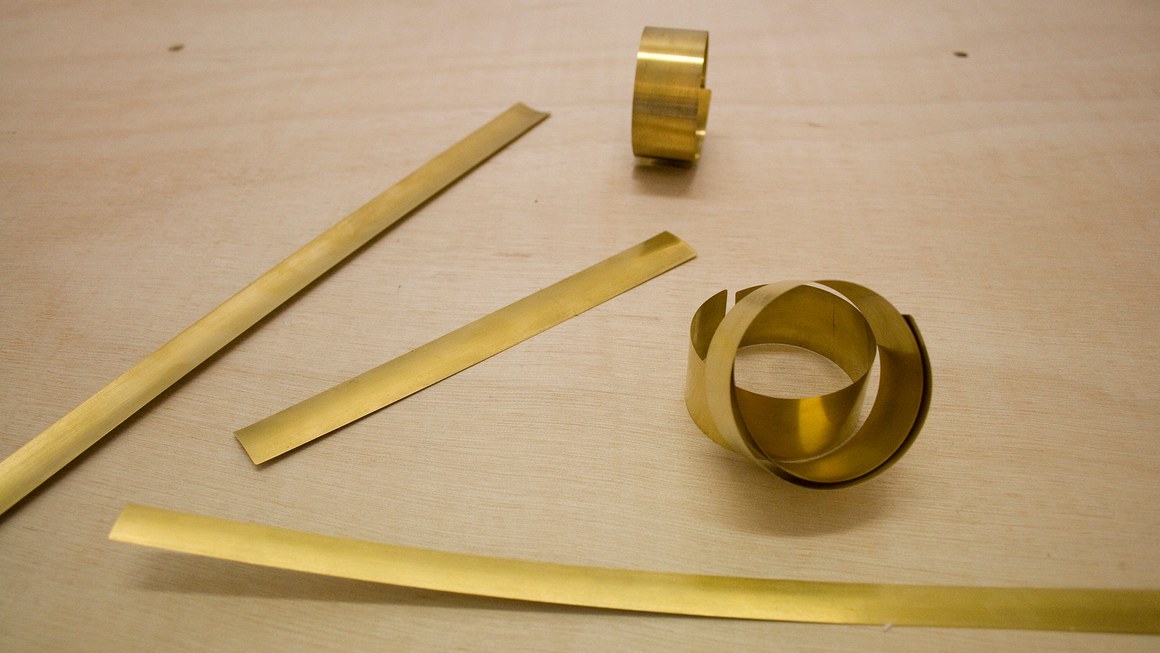 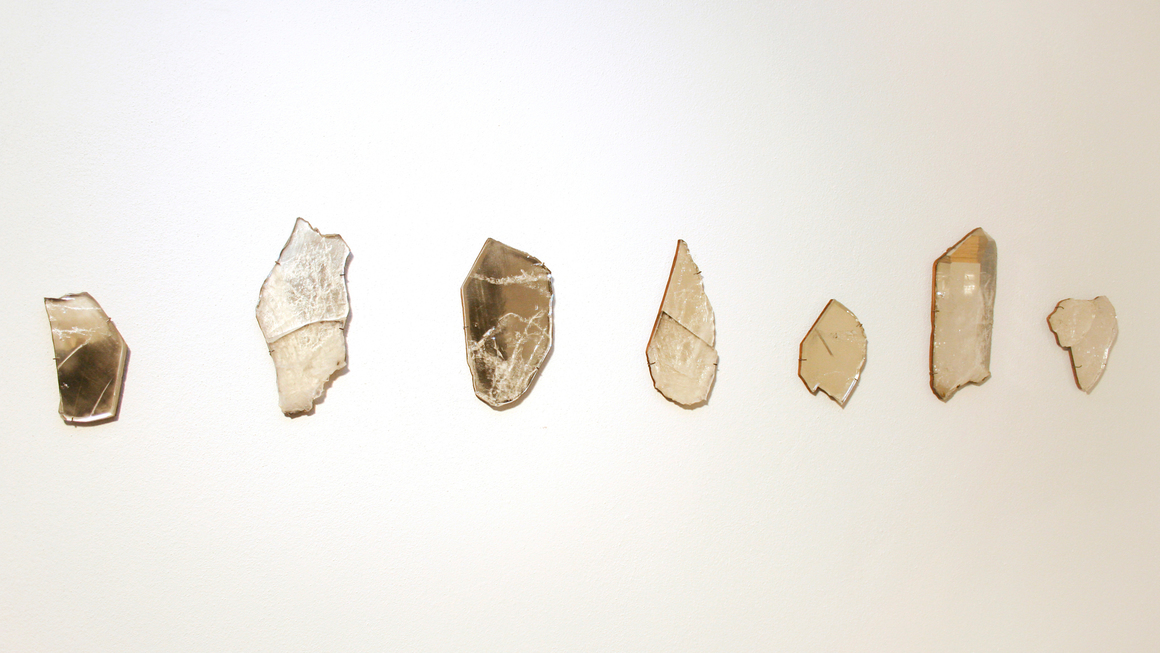 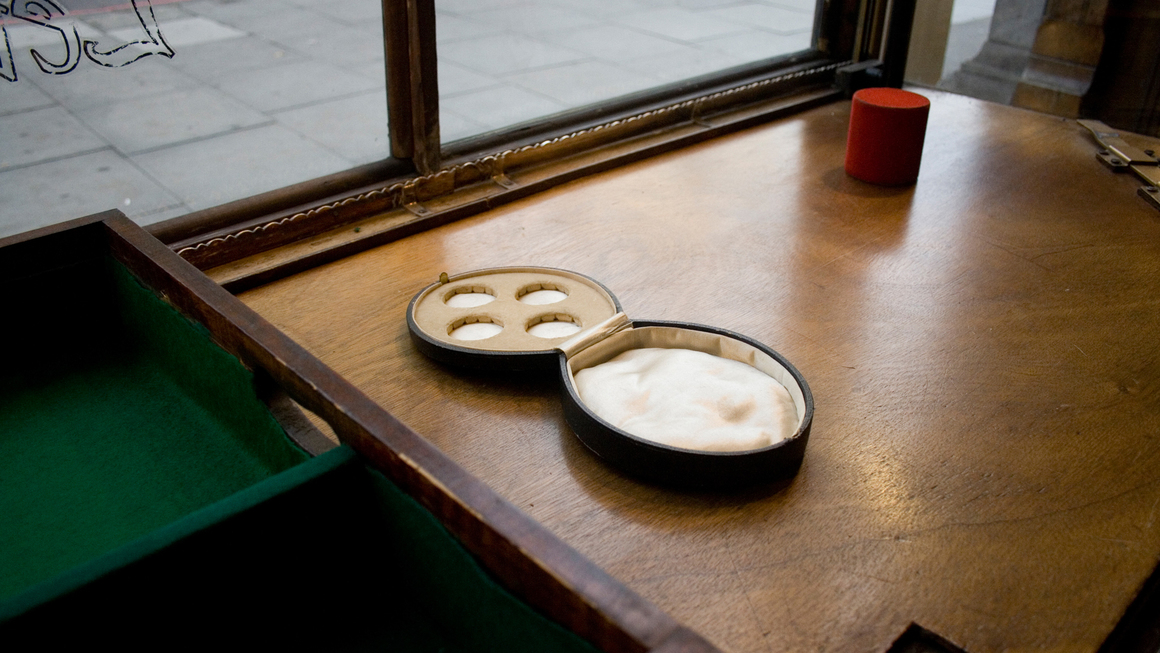 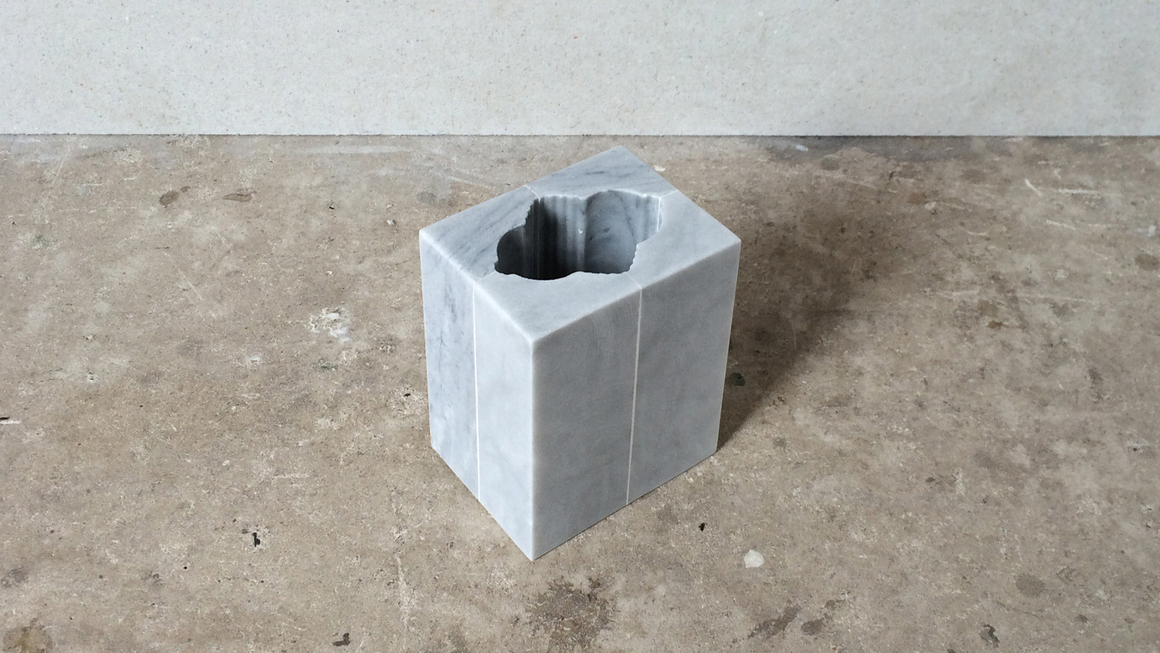 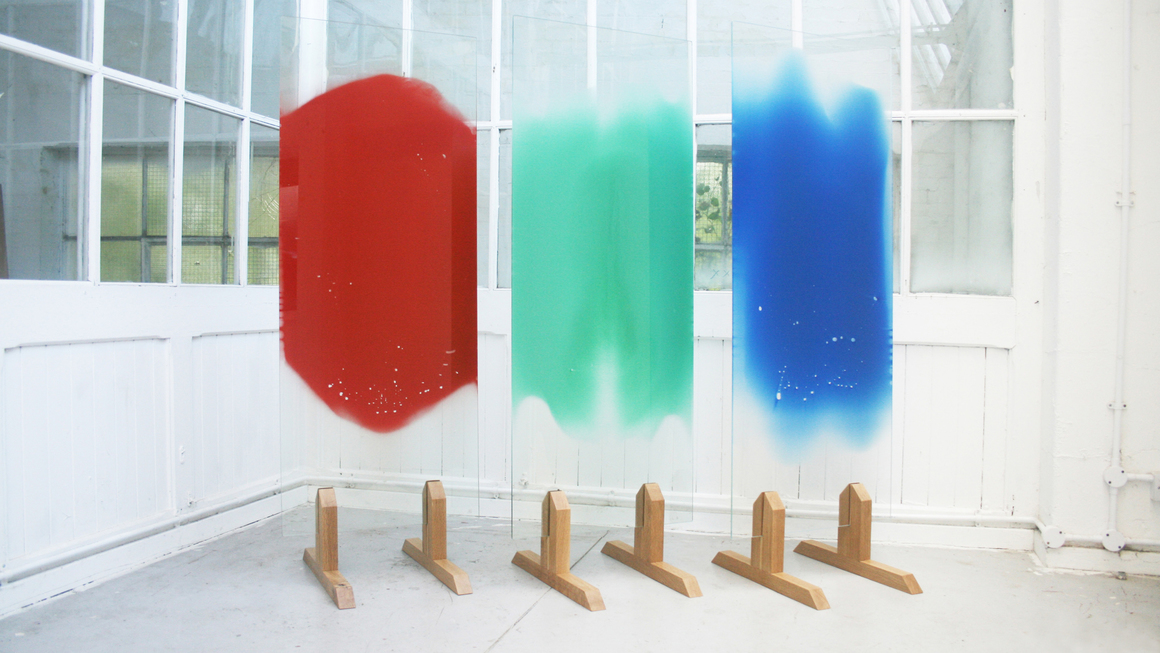 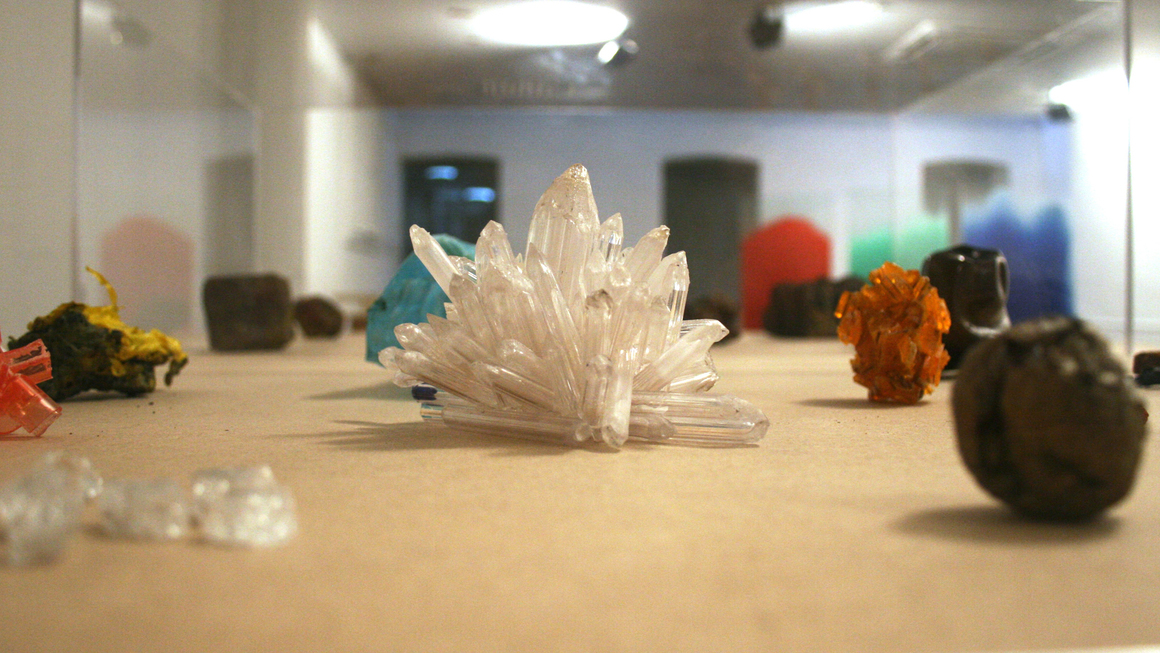 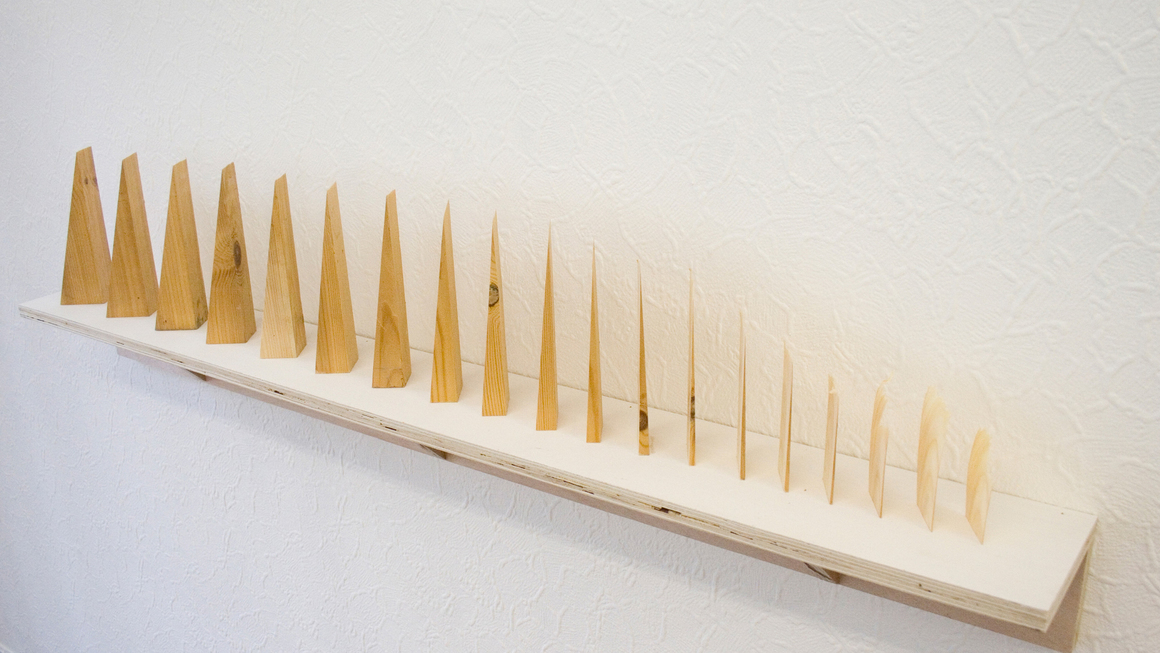 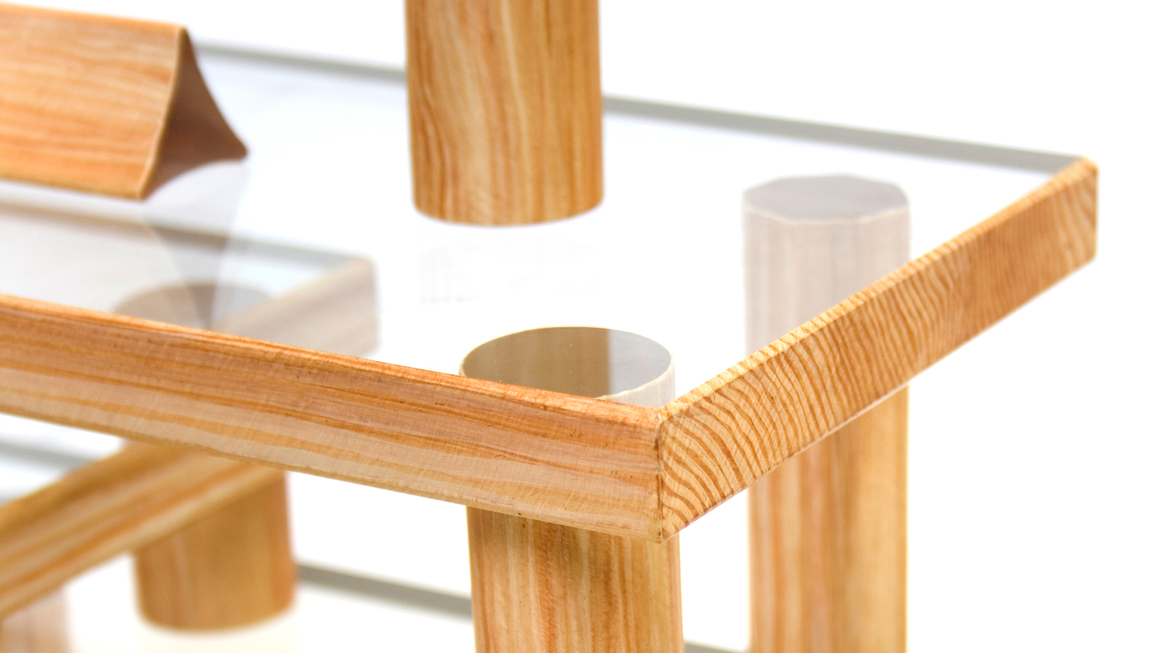 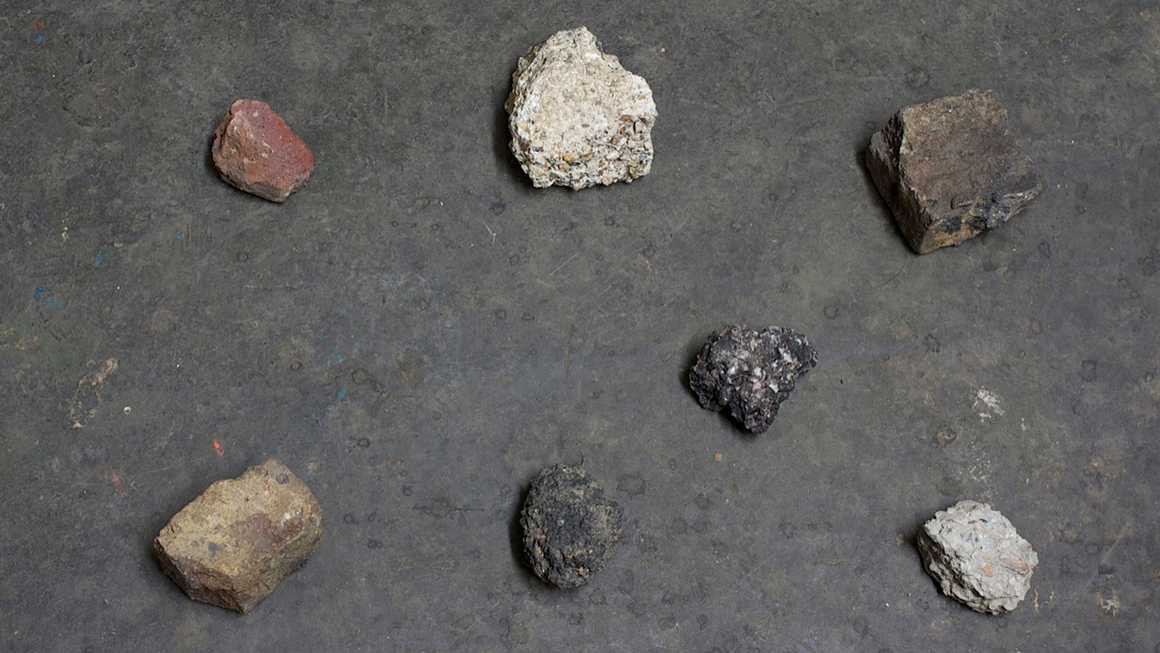 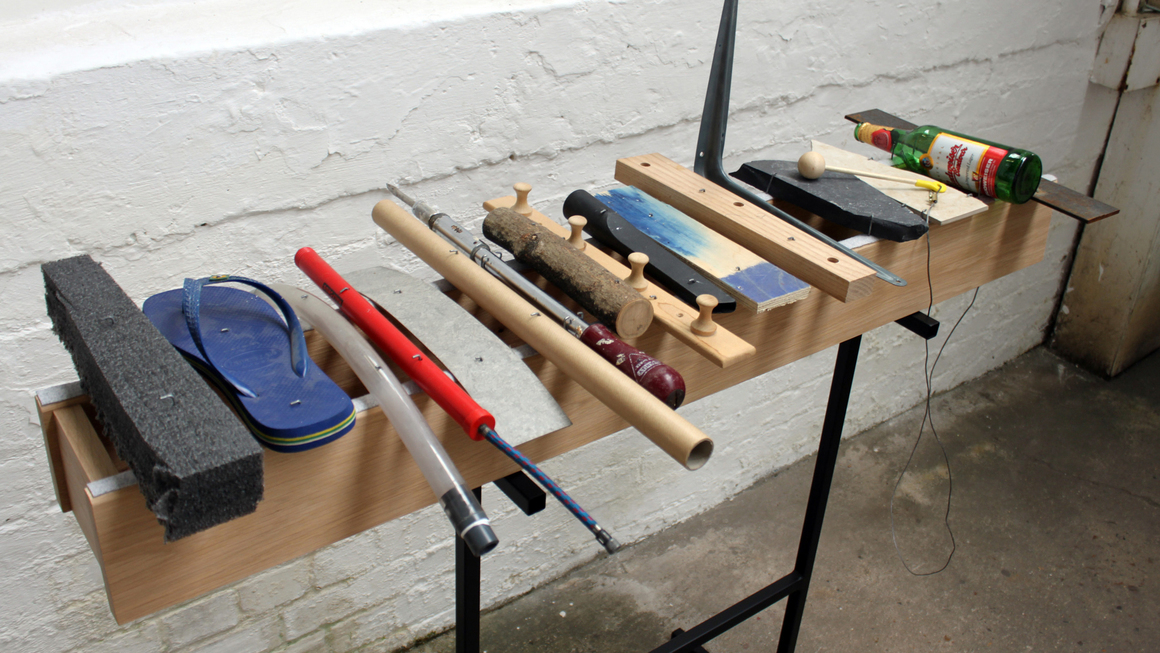 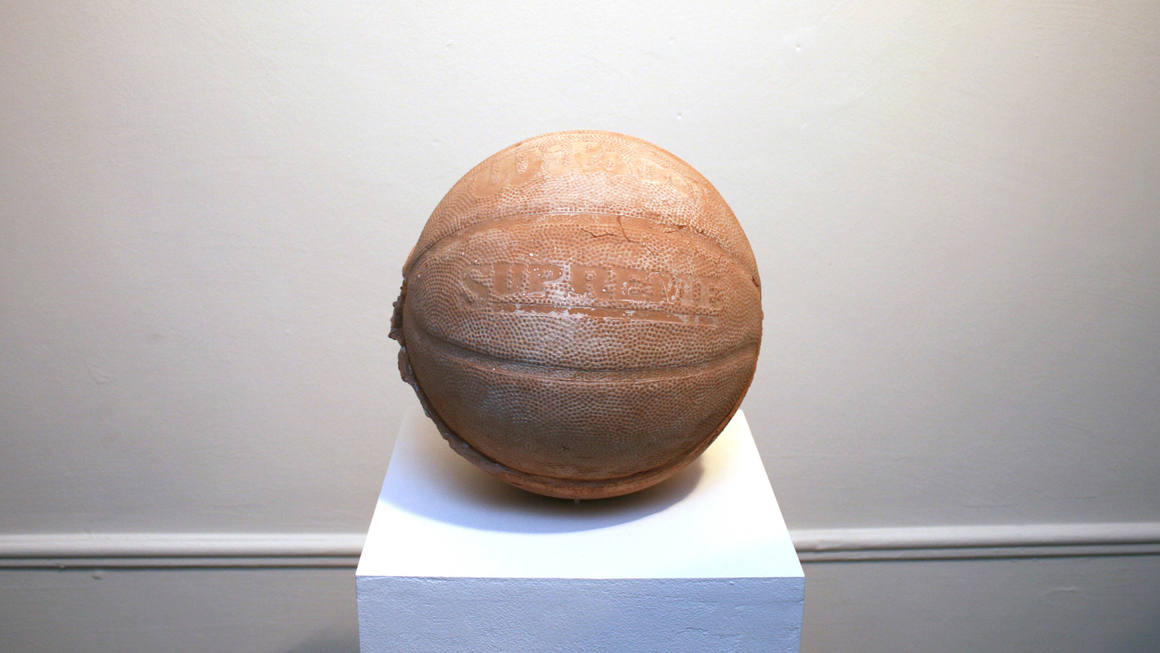 In the design world, Bernadette Deddens and Tetsuo Mukai are something of an anomaly. Based in London, Deddens, who is Dutch, and Mukai, who is Japanese, design under the name Study O Portable; their website says they have “a particular interest in the transitional nature of our ideas towards objects.” Even though their work is sold by cutting-edge dealers like Gallery FUMI in London and Caroline Van Hoek in Brussels, Deddens and Mukai haven’t followed the path of many of their peers. While some of their output can be considered functional—a multilayered resin table, for instance, that evokes a cross section of an ancient tree, or witty, understated jewelry of plastic and industrial diamonds—most of what they design raises questions rather than offers solutions. What looks like a brick is actually a very large eraser made of pigmented rubber and marble dust which suggests that even what seems permanent is seldom so. Milky, faceted mirrors are in fact slices of polished and silvered quartz, their timeless, tangible forms contrasting with the invisible ubiquity of quartz in modern electronics.

Nor do the two designers invest much energy in advancing their “brand,” seeming almost oblivious to self-promotion. That self-effacing nature may be what makes them such successful provocateurs. As the founders of the Workshop for Potential Design, a parallel venture to their design practice, Deddens and Mukai have been the ringleaders of a series of small, memorable exhibitions—over the past six years during the annual London Design Festival—that challenge our perceptions of the material world.

In their most recent exhibition, pieces, which took place in the fall of 2015 at Sir John Soane’s Museum, the renowned architect’s collections of antiquities and architectural fragments inspired them to ask “how the incomplete could shape the complete.” Their own contribution, Building Blocks, is a series of small geometric glass solids, the sides of which are painted with a wood-grain finish that looks like veneer and creates a sense of ambiguity. Gemma Holt’s Arranging Marbles assembles sections of marble molding to form an enigmatic object with a void at its center. Paul Elliman’s sardonically titled Baby you can have whatever you like, which first appeared in the Workshop for Potential Design’s 2011 show Image for a Title, consists of fragments of brick, concrete, and asphalt that Elliman collected from a London street after the riots in August of that year. Sam Jacob Studio’s Lenin’s Urn is an enlarged version of an urn-shaped iron railing finial outside a London house where the Russian revolutionary once lived. The urn is restored to its “original” scale, but bears all the marks of time and wear of the finial from which it was copied. A particularly thought-provoking work is Peter Marigold’s Timbrephone, a collection of disparate objects (a piece of vinyl flooring, a plastic flip-flop, a beer bottle, to name a few) arranged like a xylophone, complete with a mallet, which produces distinctly un-melodic yet strangely compelling sounds.

While there are some decidedly lovely objects in the shows Deddens and Mukai organize—like their aforementioned Quartz Mirrors, Holt’s Semblance series of wooden boxes that look like solid blocks, or Elliman’s mesmerizing “quartz” made of Bic pen carcasses—these exhibitions aren’t filled with the eye candy that characterizes so many design shows. But then, as Deddens explains, “We’re very much interested in ideas rather than objects,” to which Mukai adds, “‘Easy to get’ is not necessarily a good thing.”

Pilar Viladas is a design writer, editor and consultant. 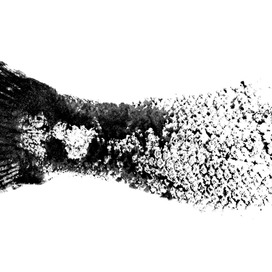