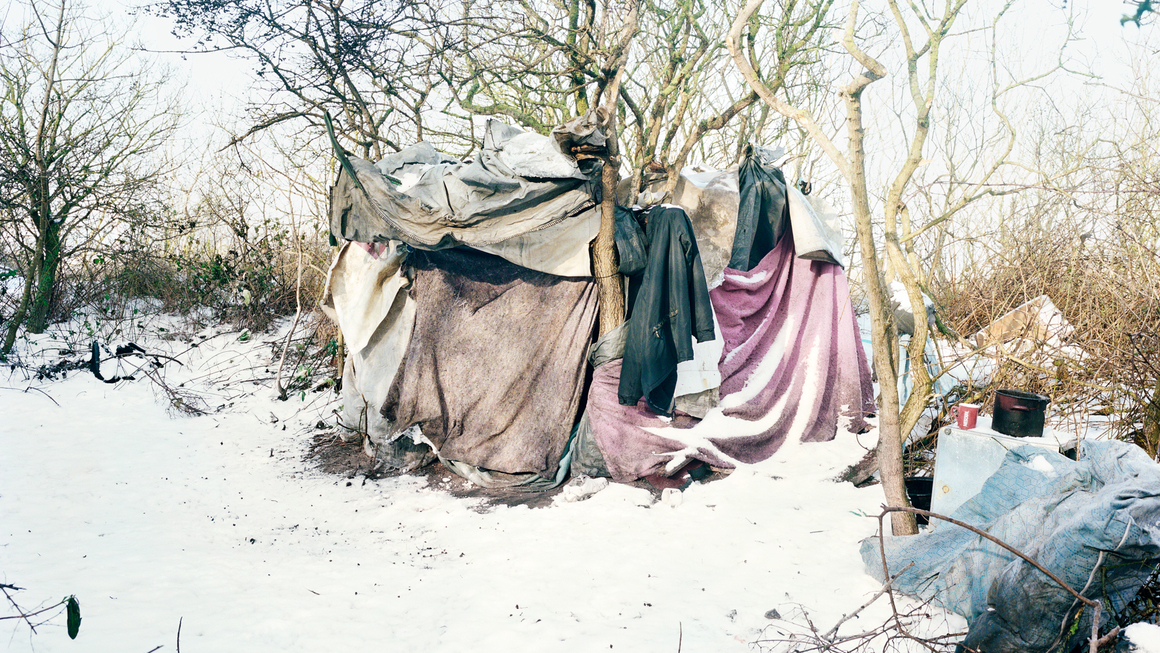 by Maurice Scheltens and Liesbeth Abbenes

“In a remote place not far from here I was looking for Shelter.”

These are the first words in the book called Shelter. From 2006 to 2011, Dutch photographer Henk Wildschut traveled back and forth between Amsterdam and Calais, the departure point for emigrants hoping to cross illegally into the UK, moving as well from his own safe haven into the vulnerable situation of the waiting emigrants holed up in tents. In doing so, he found a way to convey the harsh beauty he found in these settings; in discreetly photographing from a distance, he has made the scenery even more striking.

These “still lifes” are closely observed without his touching a hair, in contrast to our own photographic still lifes, which are painstakingly constructed inch by inch, from the camera’s point of view. These are different routes yet they have a common ground in which form has followed function.

The drapes of fabric emphasized by snow propose both a painterly canvas and a stark document of the cold and misery endured by the emigrants. Its dramatic beauty is not sentimental. In photographing these temporary hidden spots, Henk Wildschut has made these temporary hidden spots into a memorial about despair and the power to survive at the border of Calais, where shelters come and go.

Maurice Scheltens and Liesbeth Abbenes are a photography duo based in Amsterdam. 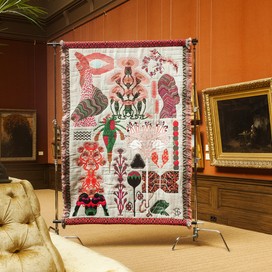