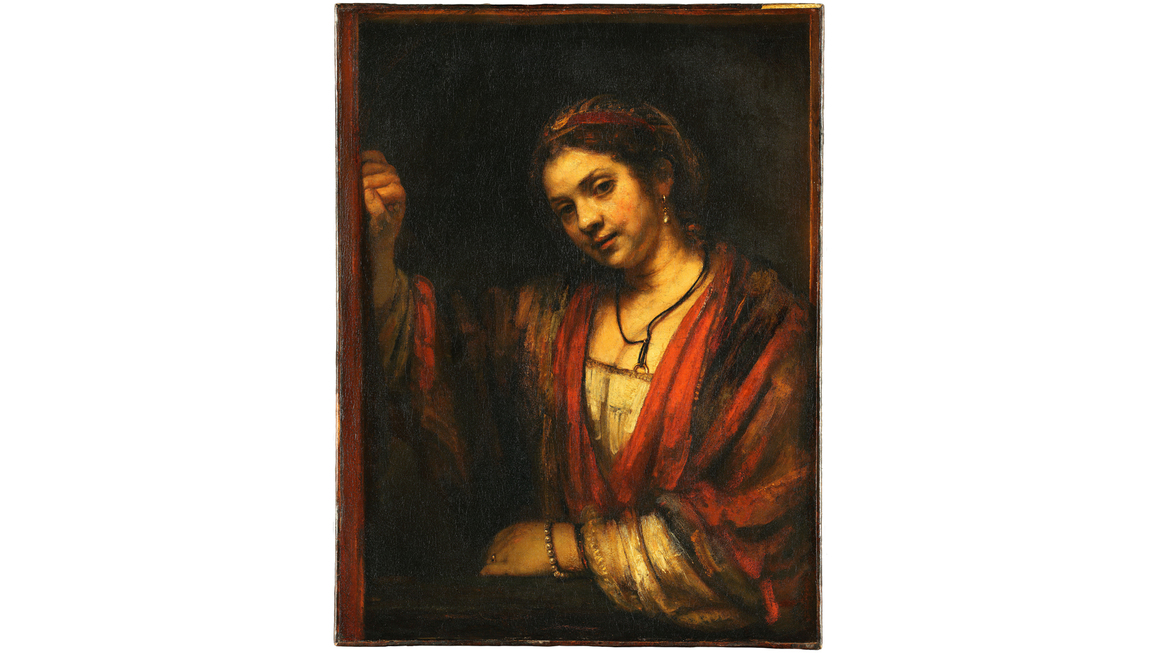 Rembrandt’s Woman in a Doorway

In March of this year, many women across the world found themselves back in the role of homemaker. As lockdown measures were ordered globally following the outbreak of Covid-19, people were forced back into their homes. Women have borne the brunt of this sanctioned domesticity; the Institute for Fiscal Studies recently found that women have been doing most of the housework and childcare during lockdown. They are now spending more time in traditional roles at home, whether they like it or not.

Three hundred and sixty years ago, the fifty-year-old Dutch painter Rembrandt van Rijn was inspired to capture the conflicted and often constrained lives of women in 17th-century Amsterdam. These women were socially bound to the home, be it as a maid or a noblewoman. A masterful example of Rembrandt’s work in this vein can be seen in the evocative gaze of his mistress, Hendrickje Stoffels, in his 1656 portrait of her.

Grand and luxurious portraits of women in the home were a trope of art between 1500 and 1900, but Rembrandt’s domestic paintings tore up the rule book. He painted women in casual dress, reluctant to pose, who smiled to themselves, not to the painter. Considered provocative and louche to the social mores of Amsterdam in the 1600s, the defiance conveyed by his female subjects feels compatible with the emotions that so many women are feeling about their home lives today.

Rembrandt’s depiction of Hendrickje reflects the emotional power of their union, but the image says even more about her as a woman in an everyday domestic life. In many ways, Hendrickje was ahead of her time. She was a woman with a troubled past—her youth had been marked by the death of three of her brothers and she had lost her father in a gunpowder explosion as a teenager. Following this, her mother quickly remarried and she was pressured to leave the family home and head for Amsterdam. In this ocher-toned and shadowy painting, her story is visible. She is not playing the traditional muse role for the painter, reclining and submissive, but is instead slouched against the door. Tired, perhaps; bored, more likely.

This realistic style—which in many ways foreshadowed the candid at-home photograph—is now lauded as Rembrandt’s singular gift. But at the time of its creation, this painting would have made even his most loyal patrons shrug. It’s not often that women were painted in their shabby indoor garments, with no clothing or possessions to indicate their wealth or status. The tropes of female vanity prevalent at the time included a powdered white face, extremely ornamental clothing, and an exaggerated depiction of the woman's beauty. But here Rembrandt presents the everyday woman as no less beguiling than the richer, more socially mobile women he had also painted—radical for a time when portraits of women were often commissioned by their wealthy father or husband as a status symbol for the home.

Theirs is a relationship that could be considered problematic by today’s standards. Hendrickje was decades younger than Rembrandt and was a housekeeper in his home when they met. She certainly suffered societal judgment for their affair and was refused communion in church after she and Rembrandt had a child out of wedlock. In an apparent nod to the unorthodox nature of their union, the only visible jewelry in the painting is a ring on Hendrickje’s wedding finger—a playful move for a couple who never married in a society that firmly believed in, and enforced, the marriage unit.

The painting is now mounted on a pink velvet wall in Berlin’s dusty but cozy Gemäldegalerie, a lesser-visited museum in a city famed for its contemporary art scene. Hundreds of years later, in the middle of a pandemic in which women have found themselves unexpectedly back at home, the image resonates anew.

Grace Banks is a London-based journalist and editor. She is the author of Play With Me: Dolls - Women - Art 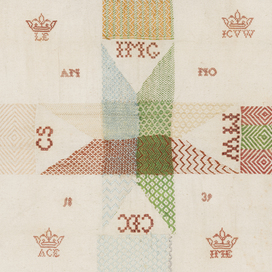