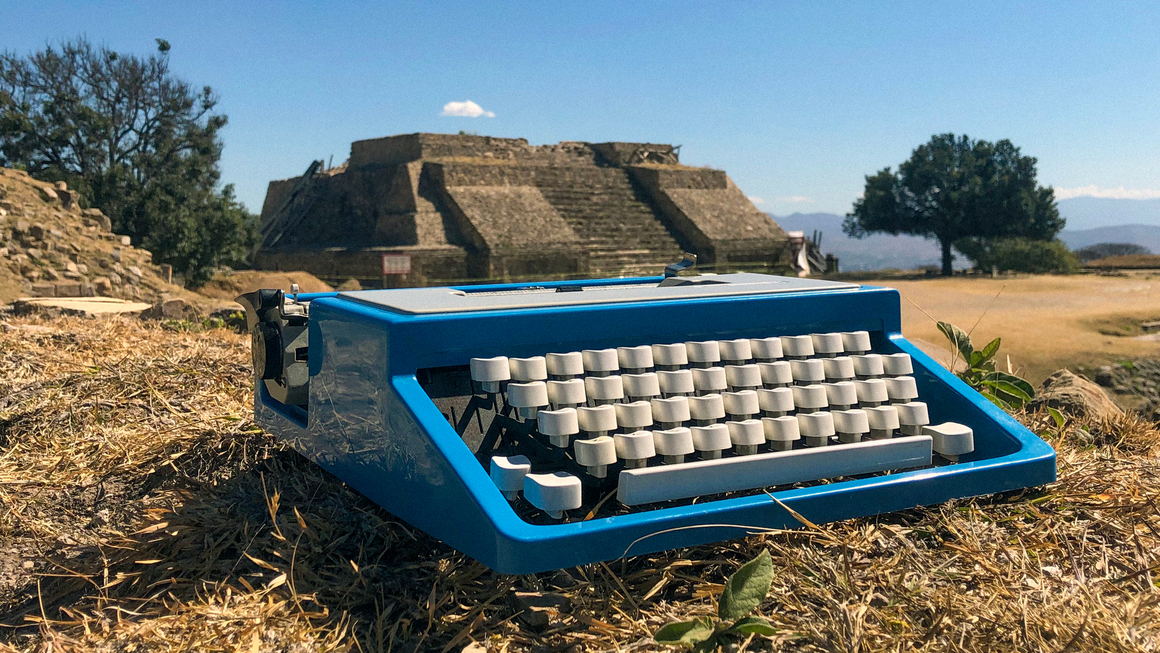 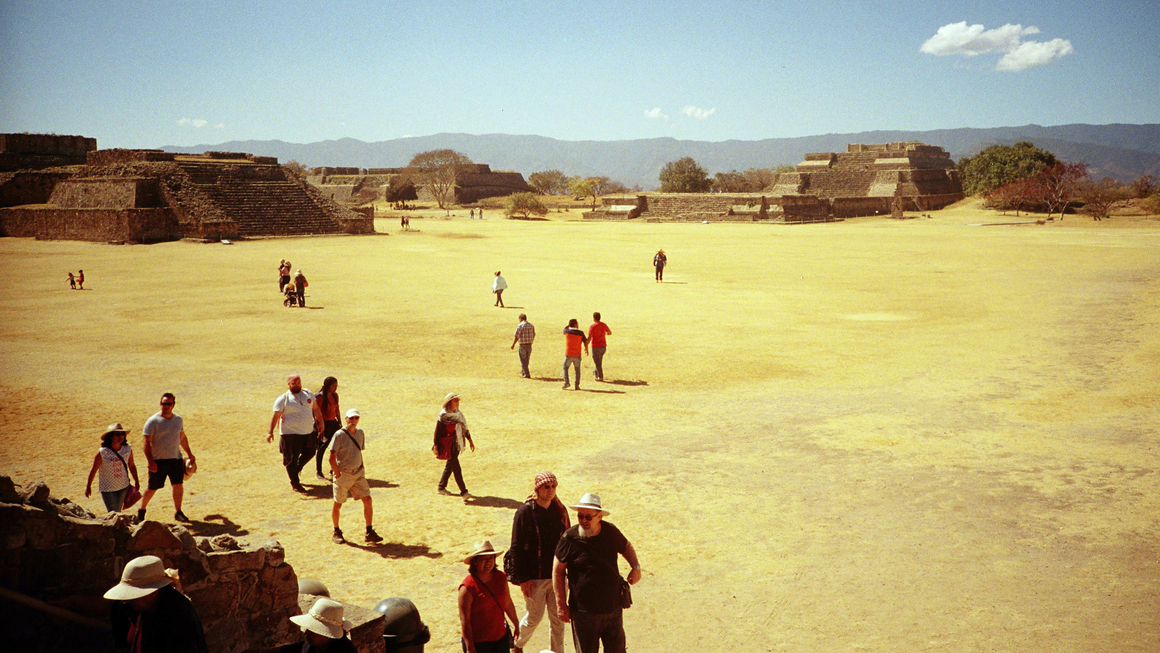 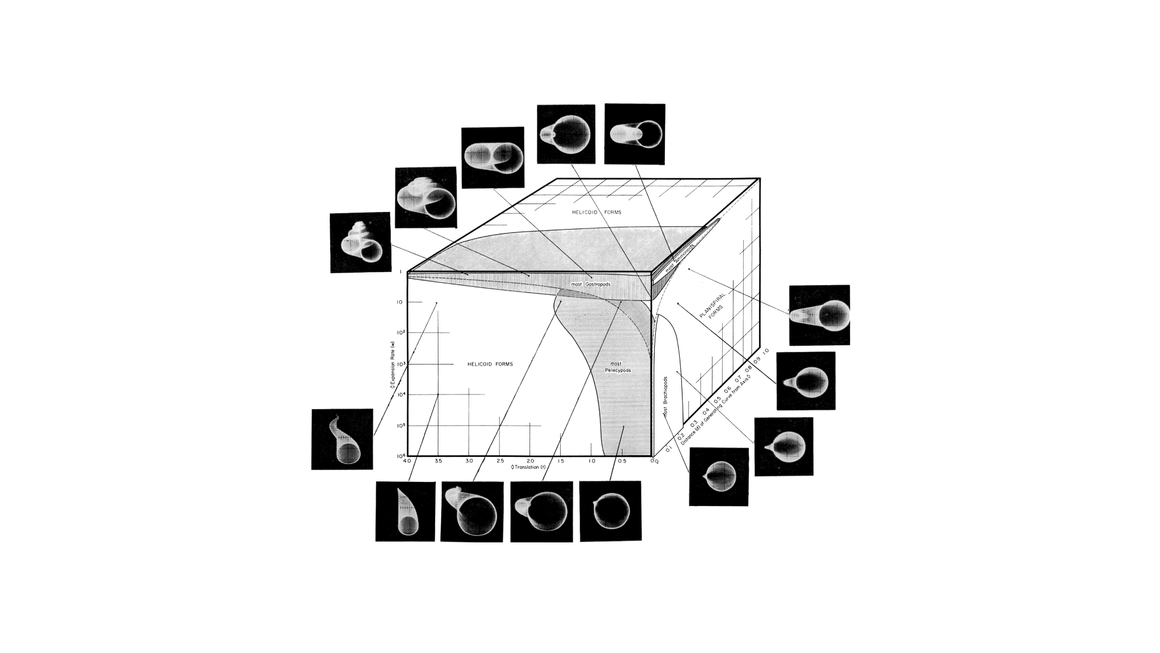 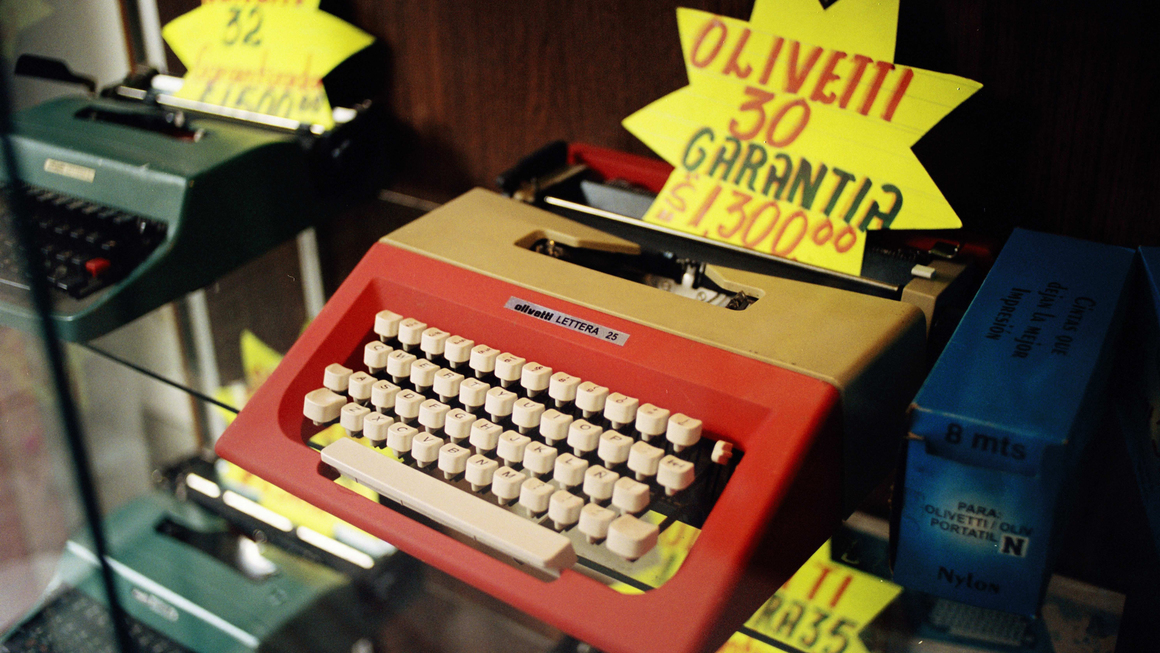 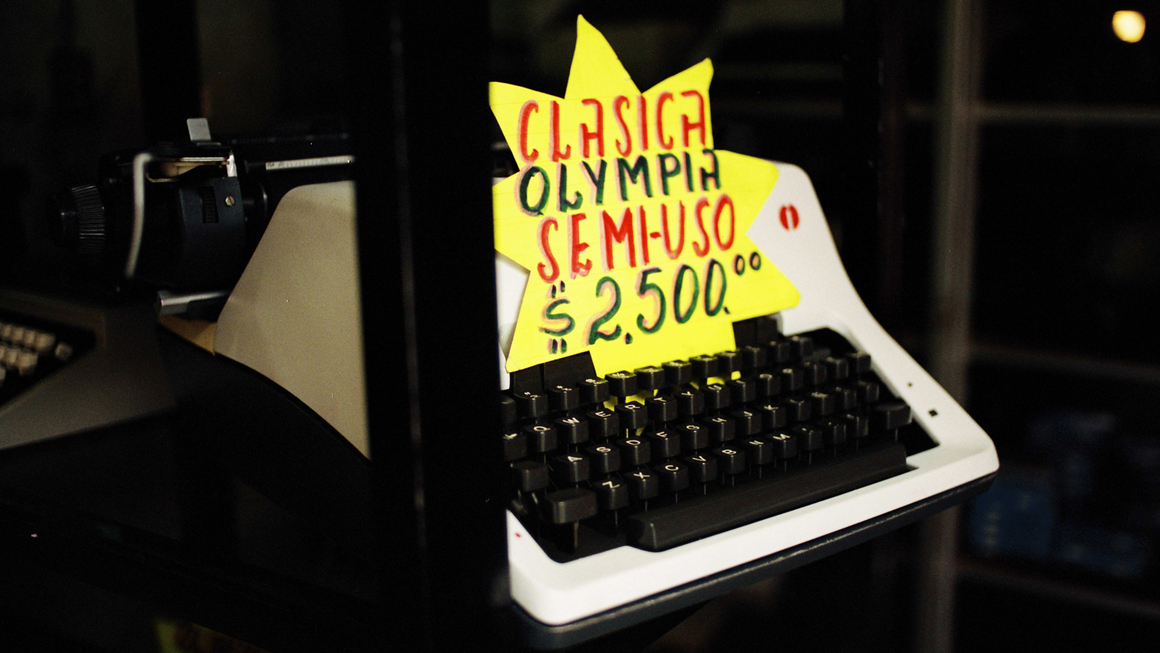 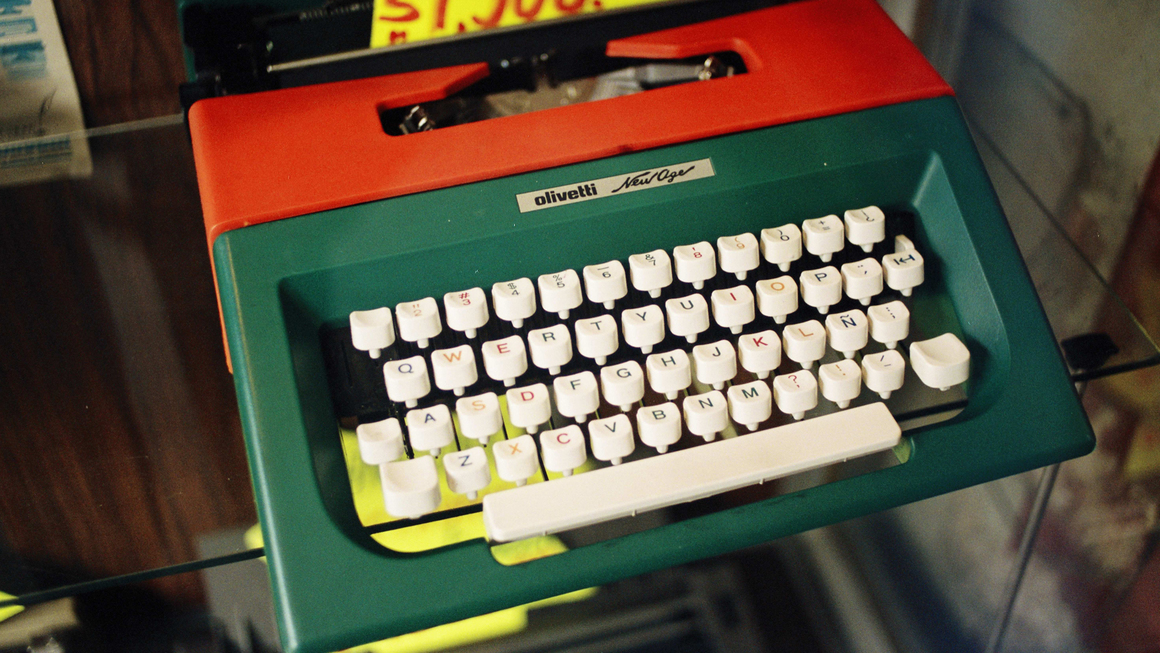 Over the course of millennia, natural selection has given rise to creatures that, while completely taxonomically divergent, nonetheless display near-identical traits. Both bats and birds have wings. This is convergent evolution: things that exist on totally separate branches of descent sharing a strikingly similar appearance, likely having emerged from sharing common needs. A similar phenomenon can be found in the world of man-made material objects. Take, for example, a typewriter and a step pyramid: the ergonomics of ascending and descending a slope (one traversed with hands, one with feet) led humans to design two objects that—despite their many divergent qualities such as scale and material—converge aesthetically.

What could a typewriter and the ruins of an ancient civilization possibly have in common? Last January, I lugged an Olivetti to Monte Albán. I knew it was more than coincidence when I juxtaposed this piece of modern design with the ancient ruins because I felt the electric hum that comes from two things, obsolete in different ways, waking each other up. In retrospect, it surprises me that these two parallel forms had not been reunited until that moment. I say re-united because I think they come from the same family that exists outside of linear time—the realm of all things that are possible—and are born to the same parents of possibility, the deep principles of organization.

In 1966, paleontologist David M. Raup wrote a computer program that generated shell forms (such as seashells and snails) based on three variables: flare (expansion rate), verm (thickness), and spire (degree of telescoping). Those three variables were given to the axes of a cube that evolutionary biologist Richard Dawkins later called the Museum of All Possible Shells. It was a diagram of all of the possible shell forms that could ever exist given those three aspects. Due to real-life natural selection, not all of the shells actually exist. Raup then highlighted regions within this cube that represent what does exist in contrast to the larger areas of what is plausible. I like to imagine my Olivetti Lettera 31R (designed by Ettore Sottsass in 1965) and the ziggurats of Monte Albán cohabitating their own shared cube: The Museum of All Possible Things.

What if we consider Oaxaca as a microcosm of the Museum of All Possible Things, containing within it all things past, present, and future—existing equally, free of taxonomical hierarchies such as value or time. In truth, it isn’t such a fantastical leap. Oaxaca is a palimpsest of grids that have been layered over time: Monte Albán was built by the Zapotecs in 500 B.C. then settled by the Mixtecs for thousands of years. The modern city got its name from the Nahuatl word “Huaxacxaca,” the name the Aztecs gave the valley in the 15th century. Since 1872, we have known it as Oaxaca de Juárez. Each of the valley's settlements landed a bit askew on top of the one prior, generating a psychedelic moiré of past and present civilizations. This perhaps accounts for much of the city’s trademark “weirdness.” The friction between the layers of grids throughout history causes a sort of opaline character—a not-unpleasant atmosphere of unidentifiable eccentricity.

It is easy to lose one’s sense of direction in the palimpsest. Despite the order suggested by the rectangular city blocks, a pedestrian transposes lineages when she walks down the street. Passing by traces of landmarks whose origin span millennia is like worming your way through a pint of cookie-dough ice cream, mining for the doughy nuggets as you near the bottom. Oaxaca’s history is more a strata full of touchstones than a straight timeline. The city reminds me of a snail trudging slowly along, carrying on its back a shell made of the calcified remains of its entire life, spiraling down to its own baby self.

It was inevitable that my own circumambulations through the city would eventually lead me to Oficentro on Calle Manuel Fiallo. I found myself gazing into a case full of lovingly refurbished Olivetti Lettera 31Rs. Sottsass’s portable plastic ziggurats were on sale for 1,100 pesos. The next day we took a bus to the “archeological zone” with the typewriter in its carrying case on my lap. It was one hundred degrees and one of my two traveling companions had the flu. Finally, when I rested the Olivetti on the dried grassy plateau of a pyramid’s steps and oriented its keys with the steps of Building A, it struck me that there are no coincidences in a world that contains infinite potential.

In The Library of Babel, Jorge Luis Borges describes an infinite library populated by hexagonal rooms that house all of the books that could possibly exist, which contain all of the possible knowledge in the world. For the endless “legible” books contained within, there are also infinite volumes of “nonsense”—combinations of letters and spaces that we would label as illegible or useless. And like my hypothesis that within Oaxaca exists the Museum of All Possible Things, in the Library of Babel “there was no personal problem, no world problem, whose eloquent solution did not exist—somewhere in some hexagon. The universe was justified; the universe suddenly became congruent with the unlimited width and breadth of humankind’s hope.” As long as two things existed, they justified and spoke to each other. The photograph I took at Monte Albán captures the surprisingly logical, yet totally irrational, collision of two objects from opposite sides of the Museum of All Possible Things.

Daniele Frazier is an artist based in Brooklyn, New York. 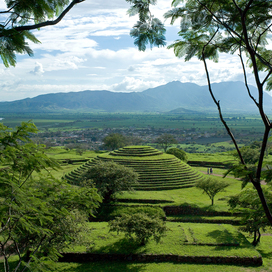 Could We Really Be the Only Circular Pyramids? 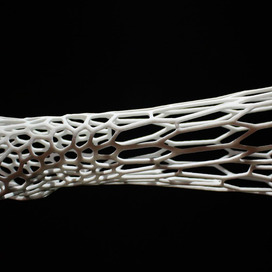