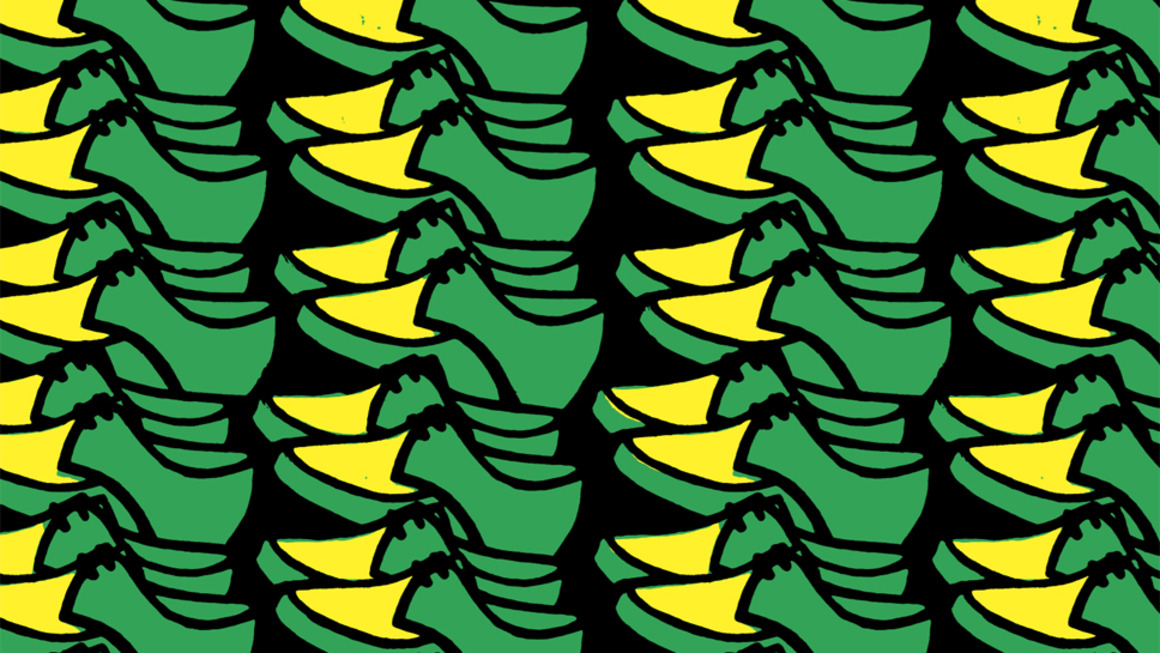 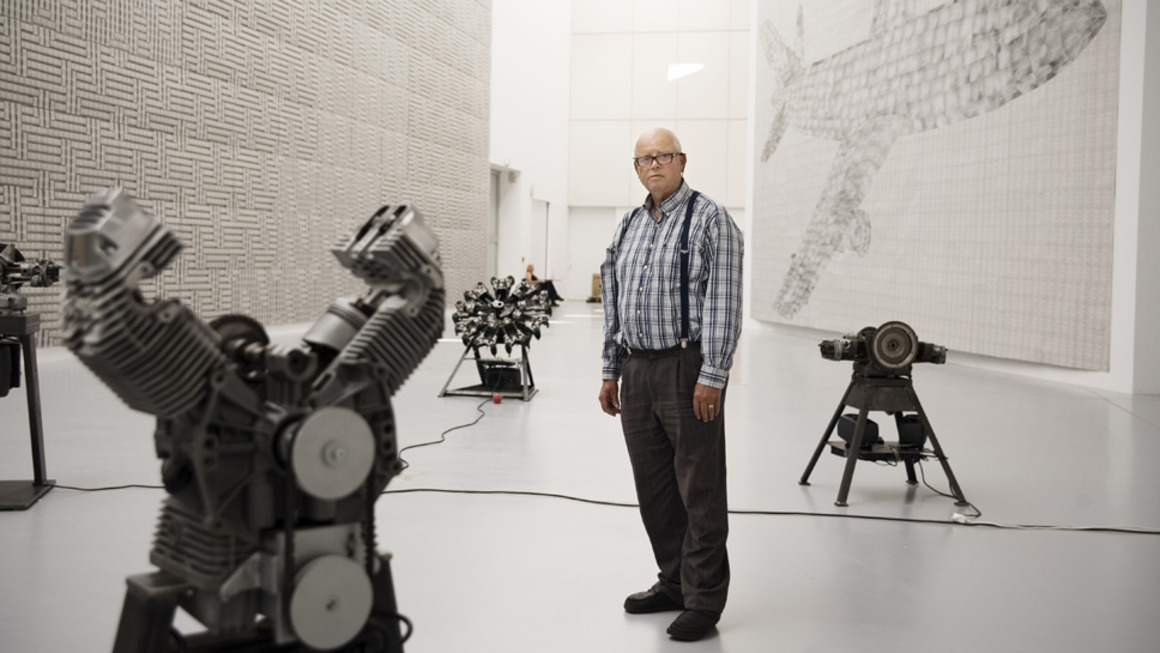 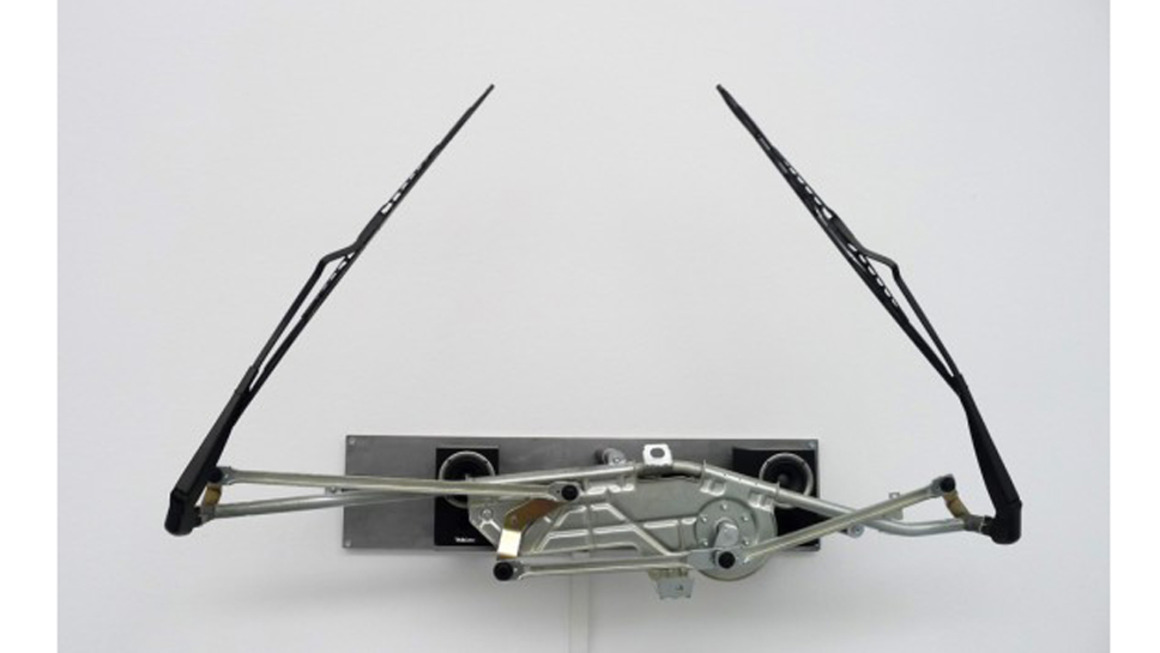 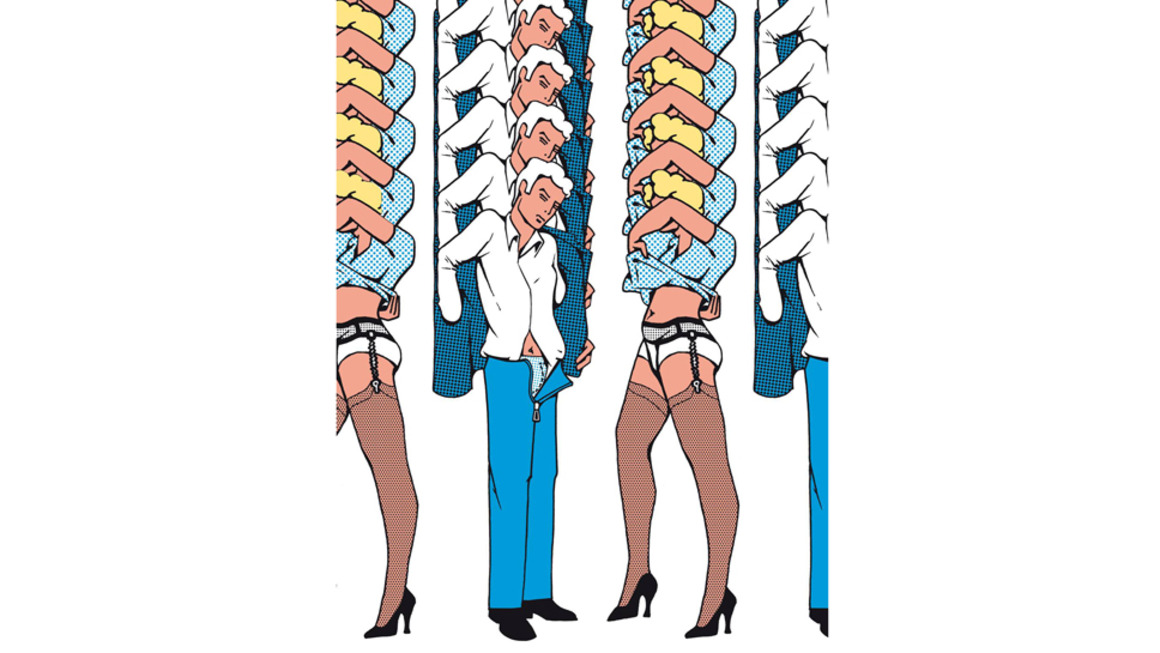 It took a while for Thomas Bayrle's work to receive the recognition it deserves—several decades. For a long time, well into the early 2000s, he was perceived "merely" as the influential teacher at Frankfurt's Städelschule art academy, having helped along several generations of artists including Tobias Rehberger, Tomás Saraceno, and Tue Greenfort. Think of John Baldessari, who for a long time was mainly praised as a teacher, and you have a similar story. But the work was there, and in fact a lot of it has been pioneering stuff, from Bayrle's mid-1960s kinetic Pop art wall reliefs featuring hundreds of little Maos morphing into a red star or many little heads with moving miniature toothbrushes cleaning their teeth, to works like his genius Autobahnkopf (Motorway Head, 1988–89), shown at dOCUMENTA (13) this summer (where he also received the prestigious Arnold Bode Prize). In the 16mm film, an Arcimboldian head composed of nothing but photocopied shots of cars rushing by is stuck in an endless animated loop. The work, shown previously at the Berlin Biennial 2006, is a great example of Bayrle's cunningly elegant way of switching between micro and macro perspectives, and anticipates digitized miniaturization and serialization with analog means.

Born in 1937, Bayrle apprenticed as a jacquard weaver in the late 1950s. The monotonous work of machines operated with perforated cards helped him realize the fantastic, Piranesi-like structures woven into the fabrics, an epiphany he soon connected to the idea of the city as imaginative space—inspired by the writings of the French Situationists. At the same time, Bayrle maintained a technoid interest in modular structures, including concrete poetry. In the 1960s, he became part of a Frankfurt trio with fellow artists Peter Röhr and Charlotte Posenenske, both of whom were also interested in repetitive patterns—halfway between Pop and minimalism. Bayrle continues to make witty, ambitious work—isolated windshield wipers moving on the wall like praying believers, or cardboard highways woven into one another like threads in a woolen scarf. Meanwhile the digitized world around him is just only catching up with his pixelated imagination.

Jörg Heiser is co-editor of frieze magazine, and co-publisher of frieze d/e, based in Berlin. He met Thomas Bayrle while studying philosophy in Frankfurt during the 1990s.

Sloping Loafers by Thomas Bayrle is part of Frieze Projects 2012 and will be introduced through Maharam Digital Projects in January 2013. 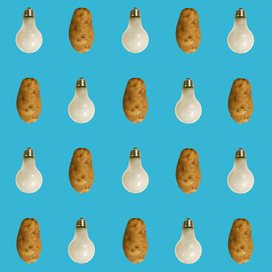 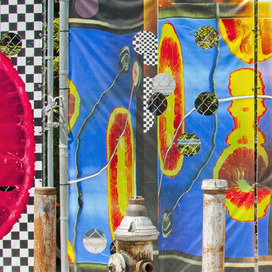 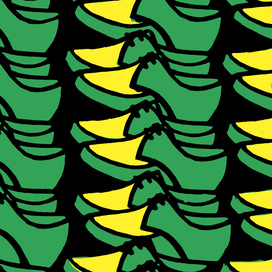