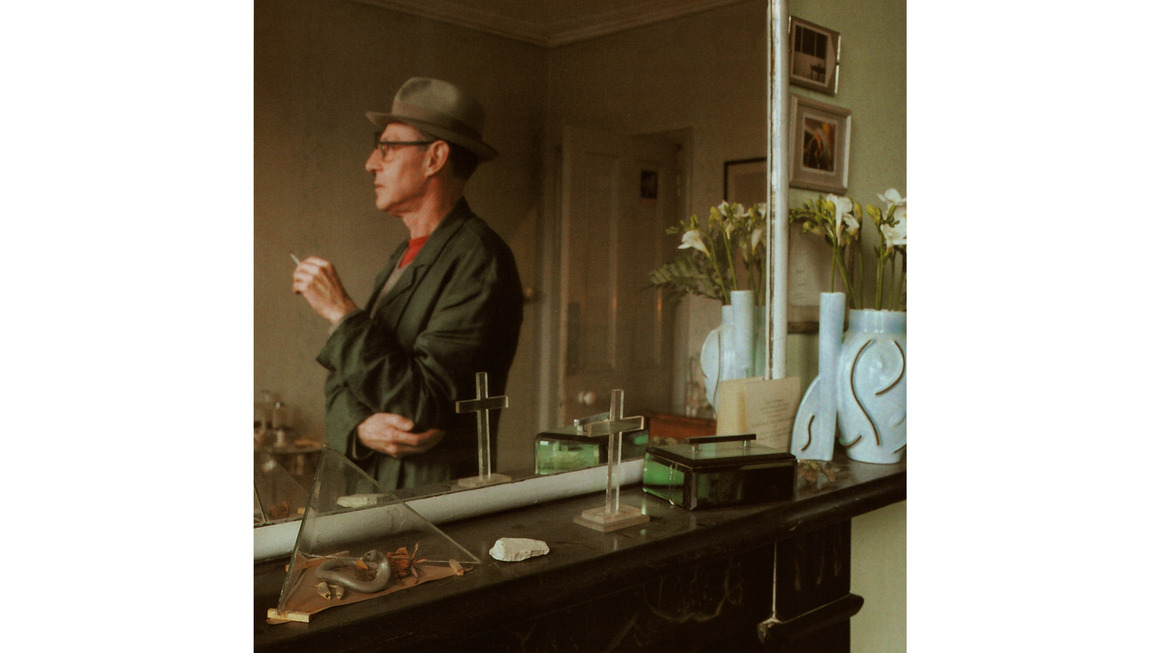 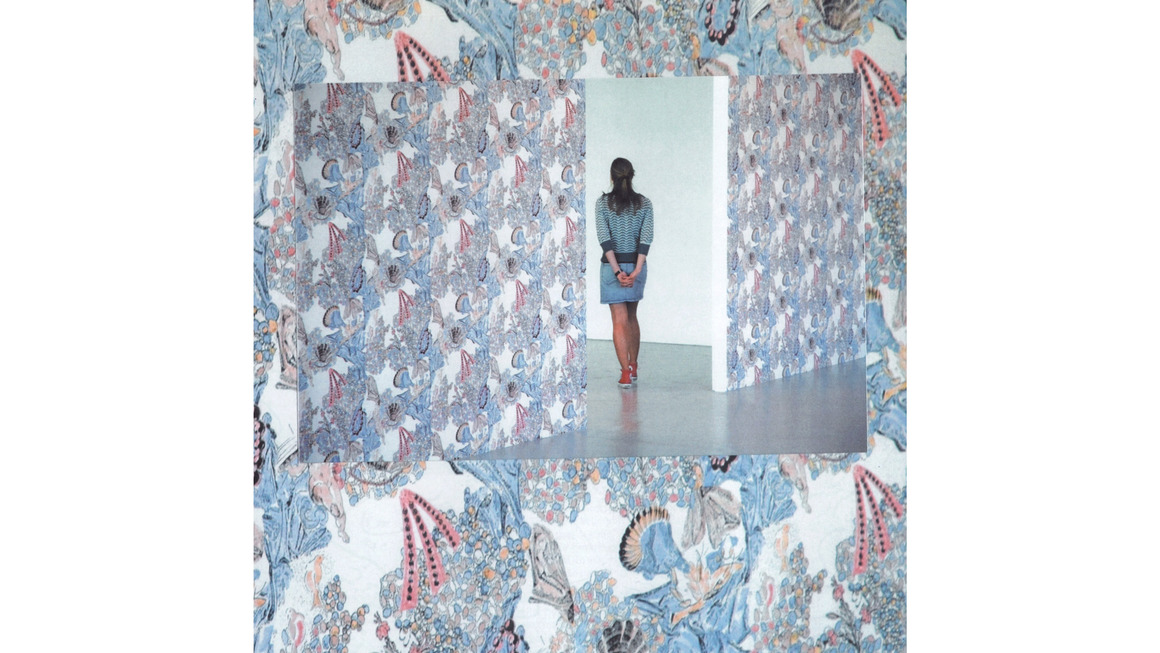 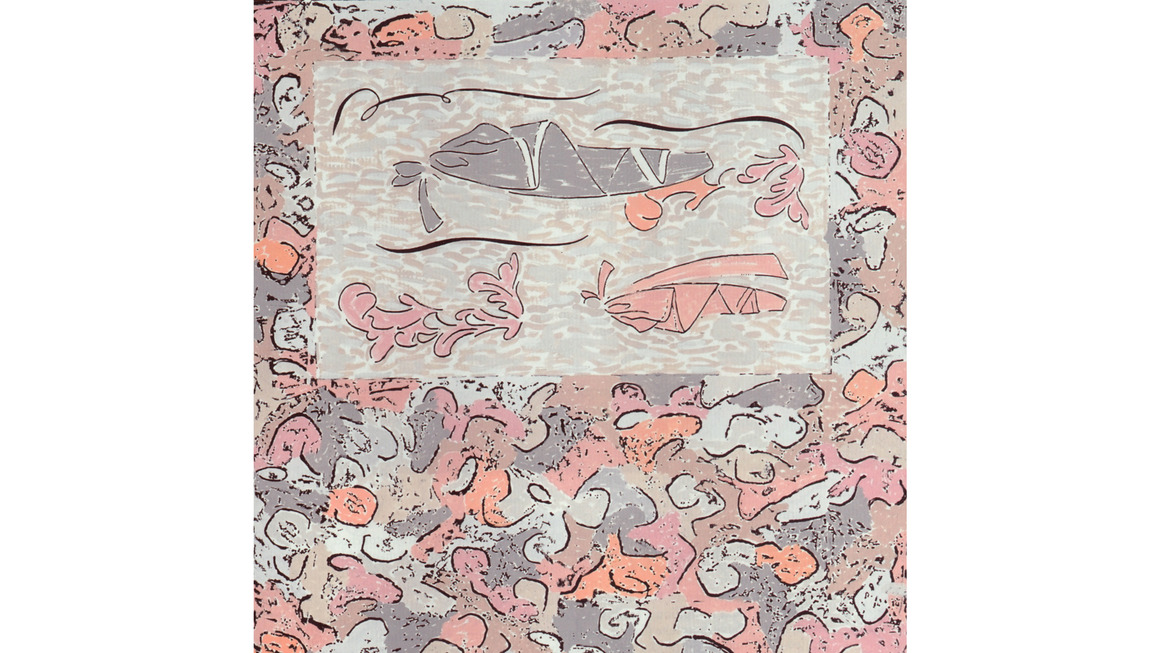 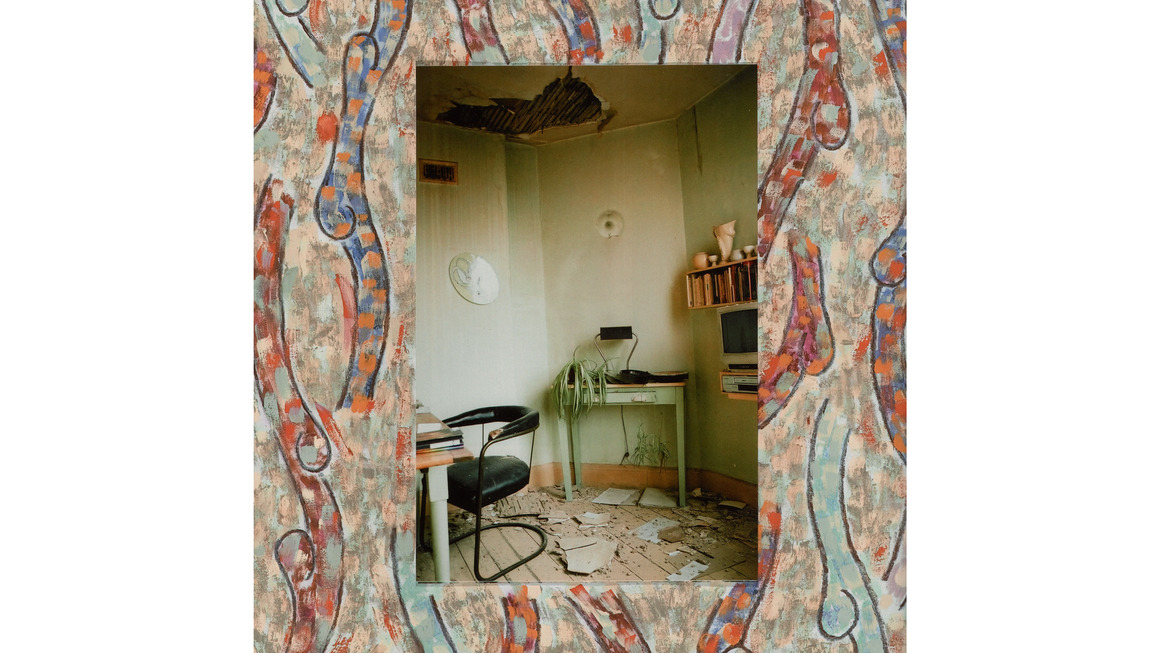 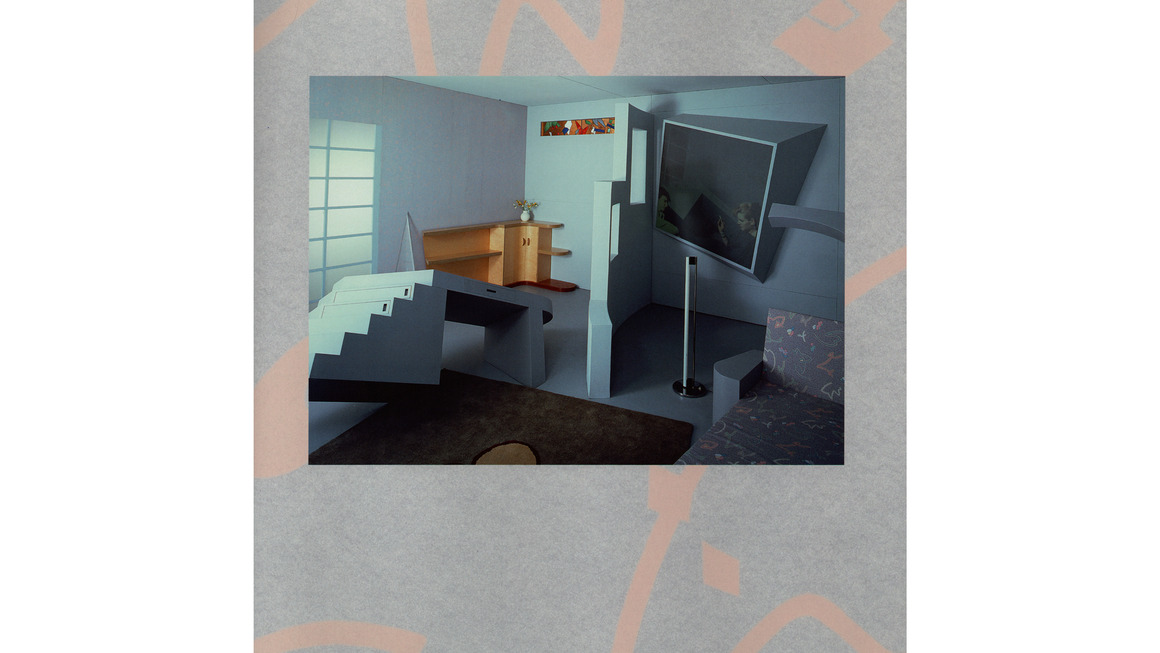 Design is control—typically benevolent, occasionally utopian. But design, by its most base definition, is also force: to assign in thought or intention; to intend for a definite purpose; to plan form and structure.

Marc Camille Chaimowicz constructs environments. He makes furniture. He forms sculptures. He plans performances and installations. There are drawings, collage, photography, ceramics, rugs, folding screens, writing, and videos. Stylistically there is an interest in soft and languid pastels (lilac, mint green, peach), in pattern, decor, texture, and textiles. There is a strong French influence, especially a literary one: Genet, Proust, Cocteau.

His prints seem to be rooted in the painterly vocabulary of the French as well, in that of modernism, and in the curves and crisp graphics of the Wiener Werkstätte and Jugendstil patterns, though emptied of historical authenticity and resurrected through the sherbet palette of mid-century Los Angeles or Miami Deco. They are used for wallpaper, carpets, and textiles. They may also cover entire walls or feature heavily as components in the artist’s publications.

It is worth noting Chaimowicz’s observation here, taken from his preface to the artist’s publication The World of Interiors (2007), named and fashioned after the selfsame shelter magazine:

In common with more pedestrian generic magazines, the domestic spaces featured in The World of Interiors are invariably free of occupants. . . . This not merely affords the stylist greater scope to rearrange, to distance the day-to-day and thus to accentuate various possible fictions—it more importantly enables the readers the better to project themselves into a range of aspirational fantasies. . . .

The exception is that of artists’ homes which invariably feature the artist. It is as though these are seen either as extensions of their work or might in some fashion elucidate insight. . . .

In what he refers to as “choreographies,” Chaimowicz’s work is continuously defined by a controlled ambiguity; what we are allowed (and conversely, disallowed) to view and experience, as well as a refusal to participate in the distinction between presence and absence, representation and abstraction, form and function, craft and art, public and domestic space, and a seemingly ambivalent attitude toward an understanding of the relationship between public and private culture. Throughout his career, his work has often walked an indistinct line between consumer item and art object.

We may be invited inside, but certain rooms remain either just out of sight, or closed off to us altogether.

Gustave 2014…, a solo exhibition by Marc Camille Chaimowicz, is on view through May 10 at Andrew Kreps Gallery in New York. The exhibition includes a wallpaper installation created by Maharam. 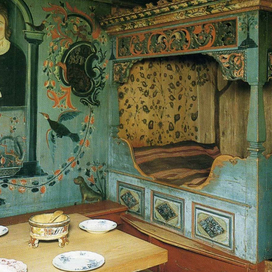 A History of Bed Drapery
x