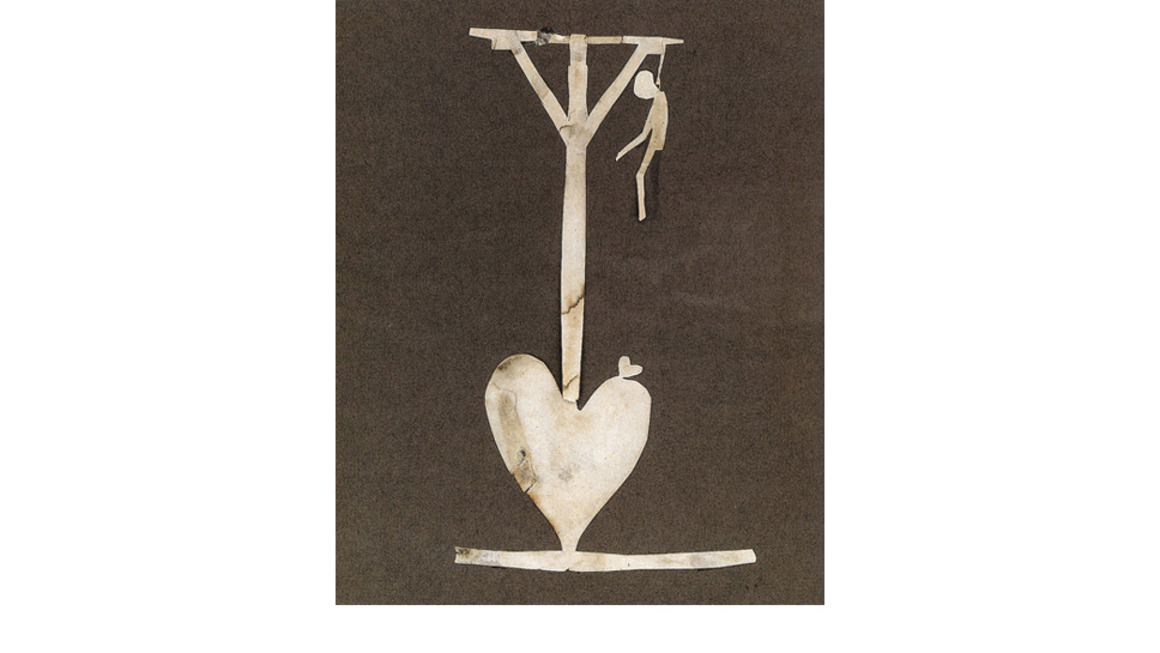 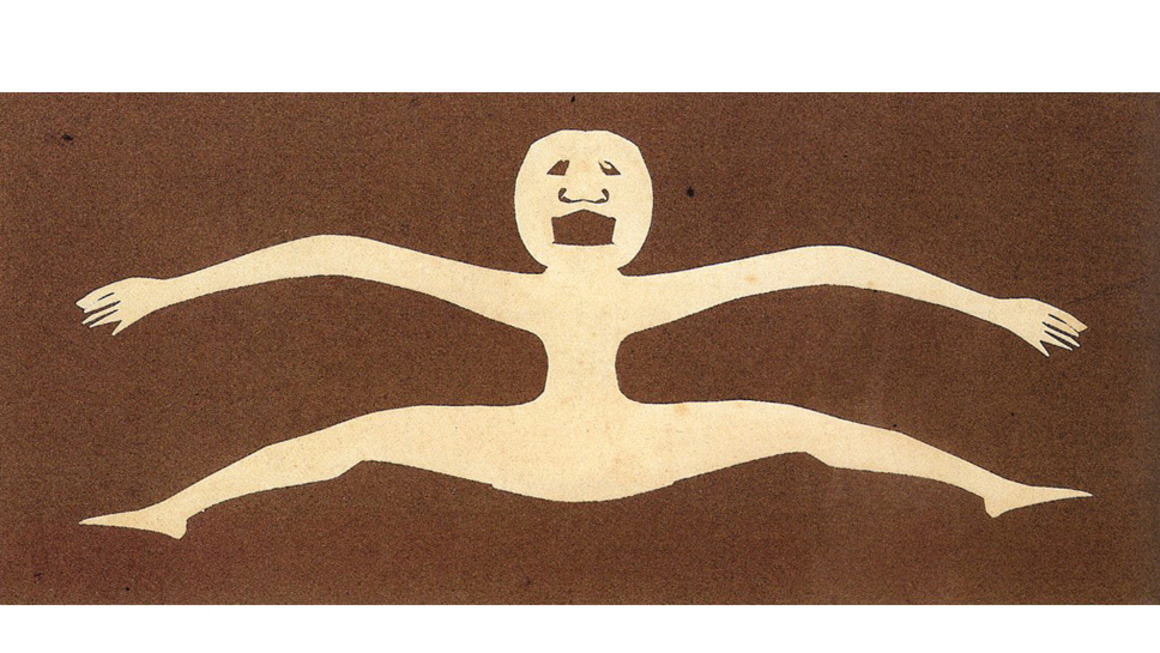 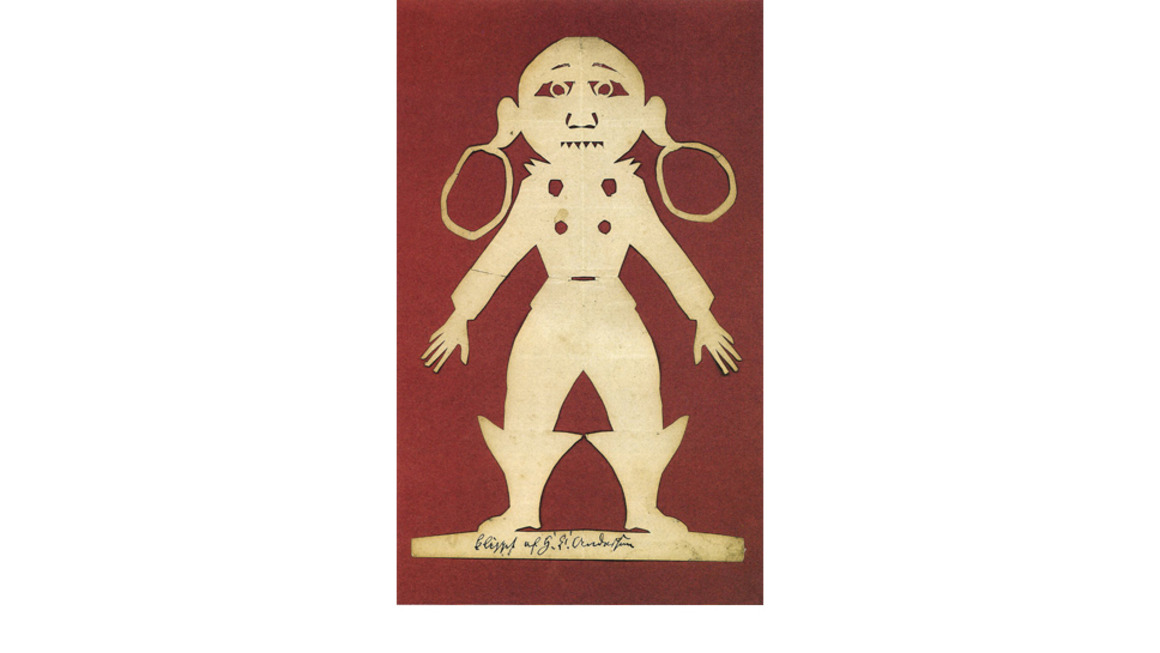 Many people are familiar with stories like "The Little Mermaid," "The Princess and the Pea," and "The Steadfast Tin Soldier." Fewer people know that their author, the Danish fairy-tale writer and poet Hans Christian Andersen (1805–1875), also had a talent for the visual arts.

Throughout his life Andersen made numerous drawings and no fewer than one thousand paper cuts. Although his imaginative, expressive, and sometimes bizarre cutouts enjoyed a host of admirers in his lifetime, he himself regarded creating them as an unpretentious pastime. Later on in life, when his success as a writer gained momentum, Andersen was the darling of the European royalty, entertaining his hosts by reading stories. On these occasions, he often wielded—according to several accounts—his enormous pair of scissors, cutting improvised party decorations to his guests' astonishment and pleasure.

The paper cuts were often based around a single fold in the paper, providing a vertical axis for the shape to come. Strategic cuts around this axis—in effect, drawing with the scissors—yielded a symmetrical form when the paper was unfolded. This technique was often used to create figures and heads.

Throughout the years, Anderson's visual work reflected his dramatic private iconography that was heavily influenced by a strong love for the theater: cupids, a hanged man, a dancer, hearts, and trees. A year before his death, a skull was added to this array...