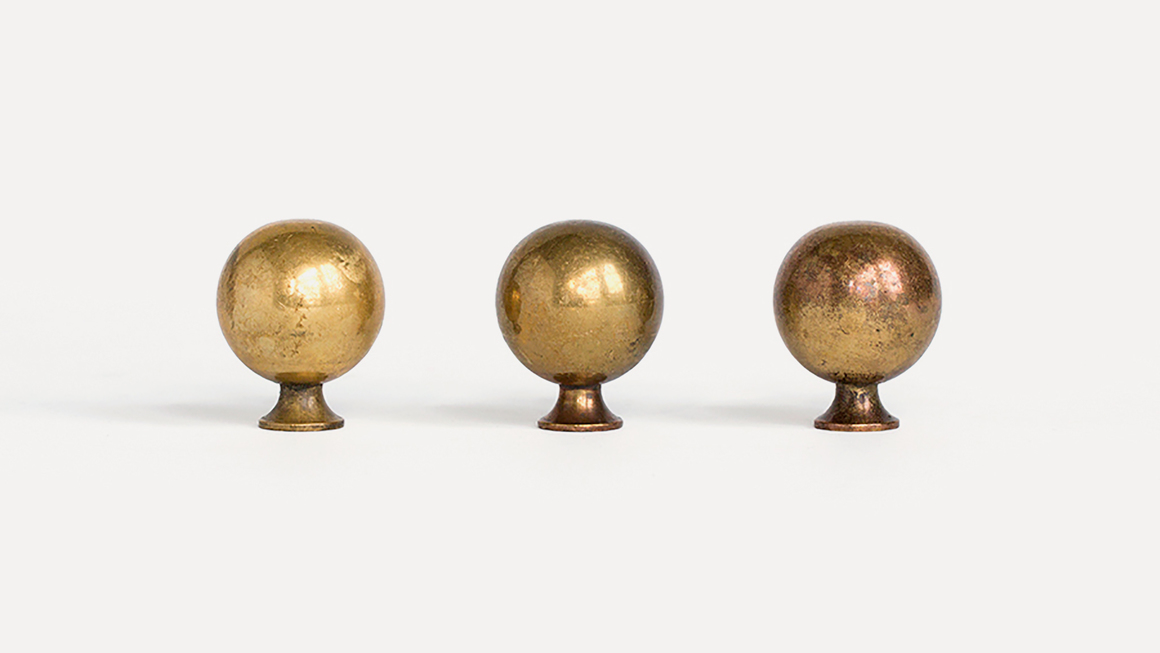 I never actually met Lith, but I came to know her quite well.

When I first stepped into her home, some things were unforgettable: the rough-cut cedar on every wall, the clerestory windows capturing the sky, the Rothko hanging in the dining room.

Thirty years earlier, recently widowed and in her sixties, Lith had resolved to build a quiet retreat near her children. In fact, her sons and grandchildren helped with the construction of the twelve hundred square feet. But her touch was everywhere.

For a doorway, she created a set of canvases depicting the kitchen she had shared with her husband—the cupboards, the tins, her three favorite dogs (never mind that those dogs came in succession in the real world). At the entry garden, a collection of thirty varieties of fern; inside, the closet floors all hand painted. And over the rear deck, a hawthorn pruned into an impossible shape, perhaps inspired by the Japanese garden down the path and across the ravine.

But it was the knobs that sold me.

Lith’s husband, George, had run a metal foundry. He was gone, but she had brought his memory with her to Raleigh Street with the hardware: hundreds of brass fixtures, knobs, and fittings. Brass towel bars, robe hooks, door pulls. Even the toilet-paper holder. And so it was unquestioned, as I moved through the restoration, that the knobs would remain. Unlacquered, those with the heaviest use had taken on a shine; the less frequented cupboards stood quietly matte—nearly green.

When I left that house, seven years on, I thought about packing up one or two of the unused knobs as keepsakes. In the end it didn’t feel right to remove them. But I didn’t forget them.

Years later, I found myself in another state, again restoring a twelve-hundred-square-foot home. I found myself calling Charlie, my old neighbor on Raleigh Street. Did he have a contact for the new owners of Lith’s house? Did he think they might consider loaning me a brass knob so I could make a master, and cast copies for my new home? But there was no need for that effort. An exhaustive renovation by the new owners had gutted the interior. Nothing original was left.

However, for some reason, Charlie himself had rescued that hardware. A decade on, it was still sitting in boxes in his workshop—he would send it right out to me. Why he had saved it? He couldn’t say.

But to me the answer was clear. Lith had wanted me to have them.

Ben Watson is the Chief Creative Officer at Herman Miller, based in New York.