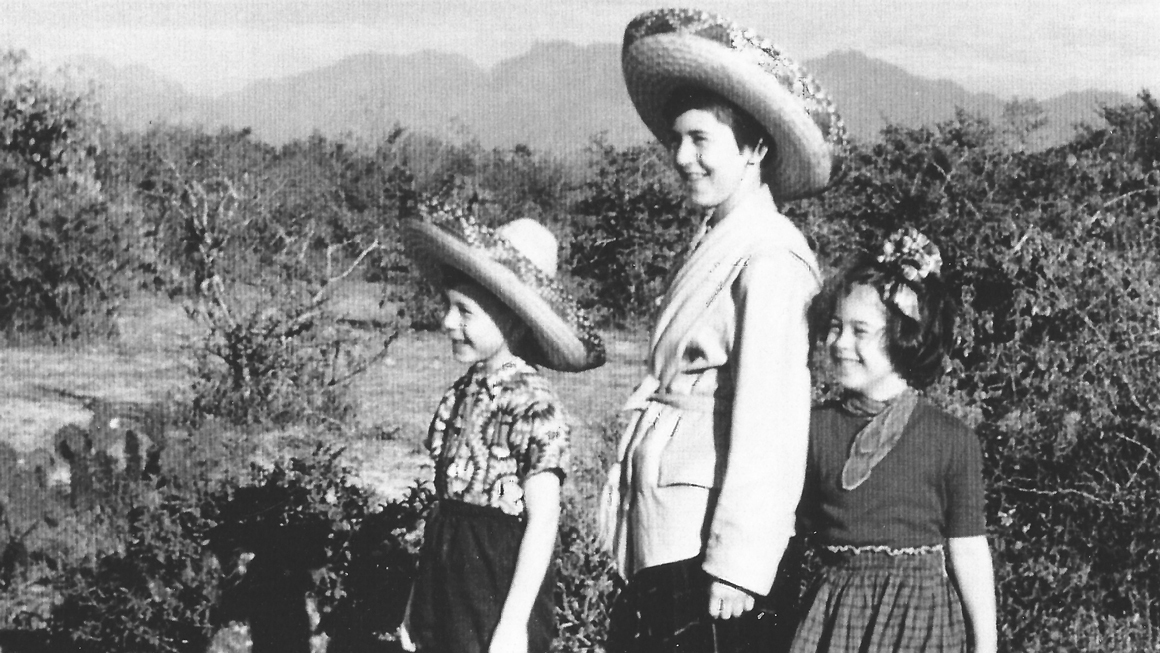 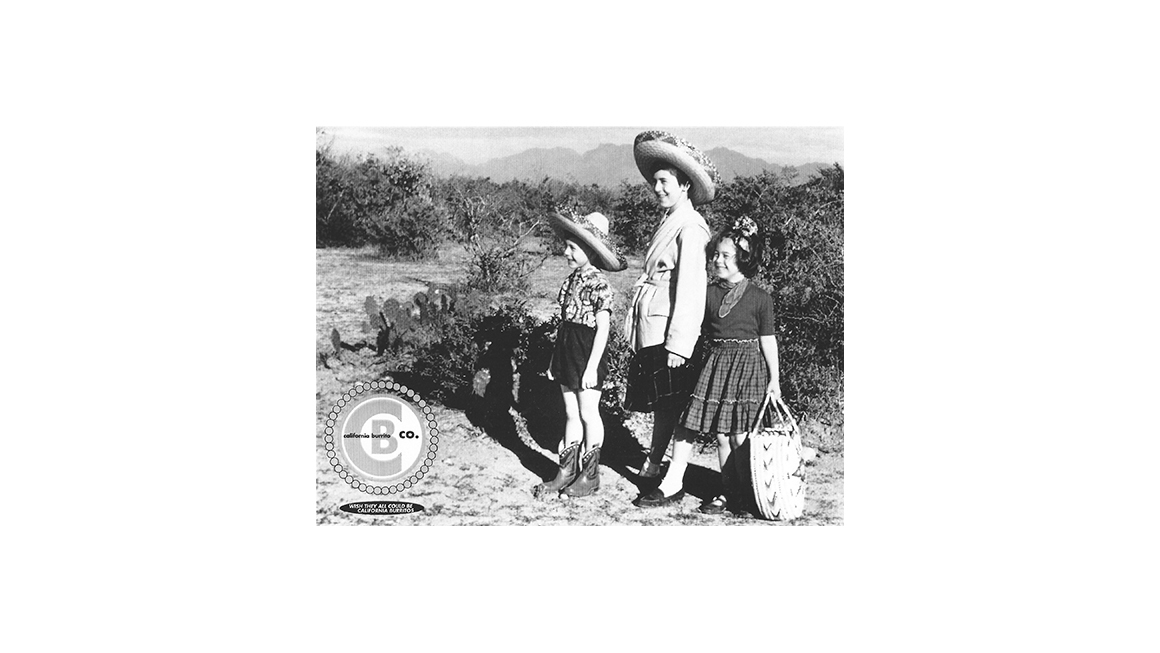 Everyone likes a good “travel deal,” but what would have been the “Can’t Say No!” offer that would have driven you to actually purchase the Banana Boat Cruise tickets for your family holiday in Cuba, during the height of the Revolution?

Whatever that number, it was sufficiently enticing to my father (who, in all fairness, was more of an adventurer than a bargain hunter) to result in my parents, my twin sister, and me checking into the Hotel Nacional de Cuba in Havana in 1956.

I don’t know how he managed to get us there—certainly there must have been government warnings or even restrictions in place by then, but it was perhaps my father’s business interests, which included some government trade contracts, that cinched the deal and put us on the commercial fruit boat in “tourist” accommodations.

In Cuba, we look like decoys. Perfect targets. CIA in “tourist costumes.” My mother in her bright floral sheath dress, wearing good pearls and a hat (always) with a little net veil, not to mention the white gloves—one pulled on and one carried. My dad in his travel trench coat (always) accessorized with his ever-present pocket protector loaded with five drippy ink pens (007? MI5?)—two years later his go-to travel item will become the Ban-Lon maintenance-free plastic shirt, but we’ll get to that in a second. And then there is my sister and I, looking like American Girl Deluxe Imperialist Dolls. Me: fetching in my lounge wear “Cabana Set” (sports-car-printed terry-cloth jacket with golden “wheel” buttons and matching shorts). My sibling: fruit-print full skirt worn with a white off-the-shoulder “peasant blouse.” (Everything else aside, I do recall she looked good.)

When we actually witness shooting for the first time, taking refuge behind a parked car, my parents understand immediately that it is not to be ruled out that WE are the target and we flee to the boat. For some reason, my mother, just before exiting the hotel suite, remembers to gather the postcards stocked in the side pocket of the little leather desk accessory—provided, gratis, by the Hotel Nacional de Cuba. After all, she may have time (if we live) to send a few words to those back Stateside.

Four years pass and we are on our way to Mexico City (1960), driving from our home in Chicago. A very long car trip at that time, so we take the more comfortable blue Cadillac. It’s summer.

Upon our arrival, my sister and I go “local,” acquiring realistic Mexican disguises: me in a serape and HUGE straw hat, and my good-sport sister in a more elaborate, heavily embroidered version of her Cuban peasant blouse, but this time with enormous, full, Mexican-print (i.e., cactus) skirt and accessorized with enormous Betty Boop gold hoop earrings.

Regarding wardrobe choices made by my parents: they are essentially Cuban, but, as aforementioned, with the addition of the newly invented Ban-Lon wonder-cloth shirts for Dad.

And lest we forget: “Mexican” handmade leather strap sandals—just like “the locals”—for the whole family!

We meant no harm. We really meant no harm. Really. It’s just that our Reality at the time put us in the Real World and all of Mexico in a diorama in the Museum of Natural History. Mexico wasn’t real. The people weren’t real. They couldn’t hear us because they were scenery. It was Adventure Land. We were on holiday. We bought our tickets, and they didn’t mind performing Mexico Land for our enjoyment.

To employ the term used to define those who, even inadvertently, exhibit ignorant, thoughtless, and ethnocentric behavior while “abroad”—a term that entered popular culture as the title of a 1958 book by William Lederer and Eugene Burdick, later made into a movie starring Marlon Brando—we were the Ugly Americans.

We were the Uber-Ugly Americans.

Touring Mexico City in our blue Cadillac, we begin to knock on doors to “meet real Mexican families.” It’s a “ride.” Miraculously, we are successful in finding a family that, like ours, has a mom, dad, son, daughter. My dad, an amateur photographer, “buys a ticket” from the Mexican dad and sets up his camera with a remote shutter release, so that he can also be in the group shot. My family and our Mexican mirror image family pose in what is effectively a hut. Boy-girl, boy-girl, mom-dad, mom-dad, the Mexican boy and girl nearly naked and barefoot, and my sister and I in “authentic Mexican Junior Wear.” The Mexican mom is staring at my mother’s pearls. There is no judgment, no animosity apparent. Just a portrait being taken of two families, living on opposite sides of Reality. We are thrilled to be experiencing Mexico. We now have an authentic souvenir.

I am living in New York City. A dear and old friend, running her own small agency handling marketing, PR, etc., is in a competition to win an important account—a new chain of Mexican fast-food restaurants in development that will be called California Burrito Co. She remembers my showing her photos years ago of a trip my family made to Mexico City when I was a child, and asks if I still have any of those photos. She explains she really, really needs to win this account, and that she would like to purchase the rights to one of the images—an image of my family posing with a Mexican family in their dwelling.

She says she really, really thinks this will get her the account.

I sell her boy-girl, boy-girl, mom-dad, mom-dad for a token amount—$200. She now has exclusive rights to use that image in any way she sees fit: print advertising campaign imagery but also on T-shirts, mugs, place mats, etc. She says the image is, quote, “hilarious” in its naïve political incorrectness. It is nostalgic. It is not offensive because that picture is no longer a Reality.

About a year later I am walking down Park Avenue South and I see a fast food restaurant called California Burrito Co. I go in. I am struck dumb. I have entered Moss Family Land. There we are—everywhere—depicted on the walls in grainy black-and-white dots—blown up to movie-screen scale, like Marlon Brando. There we are, and people are eating burritos and looking at us, amused.

We are not real.

We cannot be heard.

Evidently, something was not right.