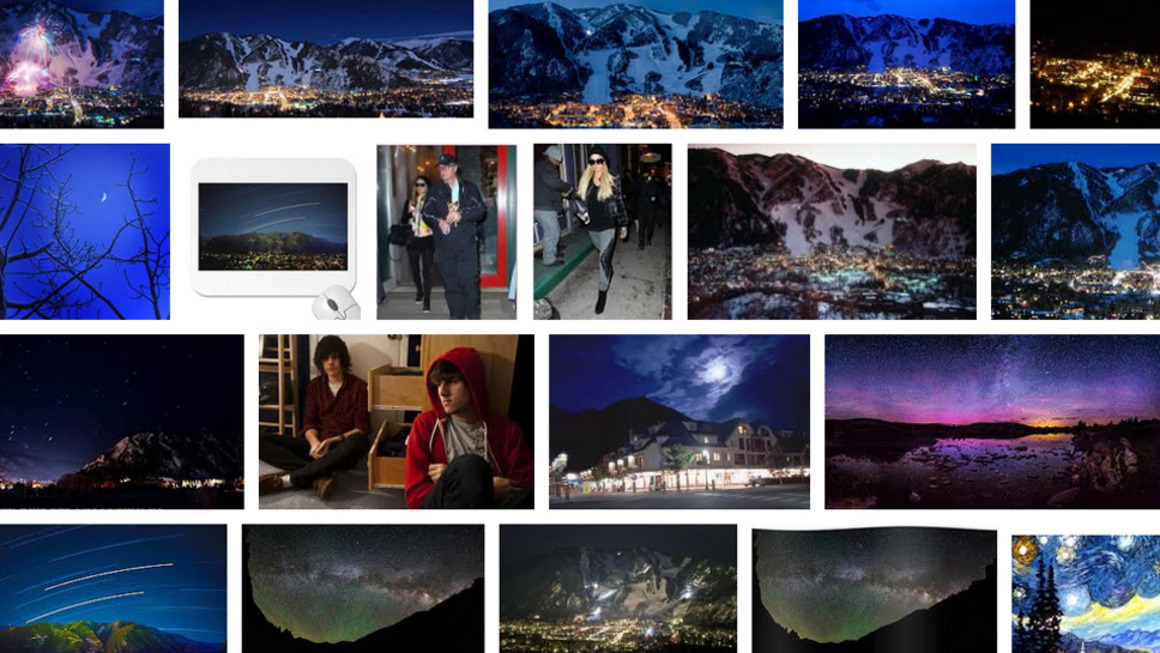 In 1979 my partner, Franklin, and I bought our first piece of “flat art” from an artist friend, whom we will call “L”; it was a monotype titled Night Over Aspen. It is of good size and embodies those characteristics that gallerists frequently use to define L’s work, a common example being, “He continually explores new materials and methods in his pursuit of enigmatic color as a means of expression. He is fascinated by nature, music, and a desire to share a positive view of the world.”

We met when I had a clothing boutique on Madison Avenue, which L became a big fan of, proposing that we trade my high-class schmatas for his monotypes.

1. At that time, L was ONLY making Night Over Aspen. He printed thousands of them. He had a major client—a hotel chain—and he supplied work for all the guest rooms. Each Night Over Aspen was unique. It was a very successful collaboration.

I’ve never been to Aspen, but I like to think that night there, in fact, looks like what L had rendered over and over: golden nights, with splashes of red, in a vast, deep black universe. Franklin and I have perhaps twenty to twenty-five Night Over Aspens (nearly all swapped for clothing between ’79 and ’88, with some given to us as presents, signed, “To Murray and Franklin, Merry Christmas, Night Over Aspen”).

2. L ONLY operated on the barter system. Although living in the Southwest, he and his wife had a lovely pied-à-terre at the Carlyle Hotel, allegedly swapped for what must have been a truckload of Night Over Aspens. They dined at the Carlyle, using Night Over Aspen rather than American Express. L told me he even swapped Nights for haircuts (although I don’t recall how many haircuts a canvas would yield). I especially remember that their huge traffic-stopping dog, a rare breed more suitable to Greenland than to New York City (let alone the Southwest), was also made possible through a canvas/canine exchange.

L continues to depict the Aspen night. I can’t decide how to evaluate this work. Is the repetition a decades-long tenacity, an obsession with the subject à la Rothko, Degas, or Wegman? Or is it more akin to the “Little Black Dress” hallmark of Diane von Furstenberg? Is Night Over Aspen a brand? An industry? A manifesto? A religion? Is it a cumulative work, like Paolo Soleri’s Arcosanti?

Or is it Warhol’s Jackie?

Or the Marriott (Renaissance!) Hotel?

We have been out of touch with L for at least twenty-two years, and the Nights we own have long been in storage. However, recently Franklin arranged to have a “sampler” of five monotypes sent to our apartment, which he hung in his small bathroom as a kind of wallpaper (frankly, inspired by Maharam Digital Projects).

Seeing so many night skies in Franklin’s Aspen montage made me wonder. What’s happened to all of those dresses L acquired for his wife through our decade-long bartering. eBay? Storage? Still in “daily inventory”?

Or are the black linen dresses with their splashes of red (enigmatic color as a means of expression, etc.) sharing wall space with Night Over Aspen in some comfortable adobe villa in the Colorado night? 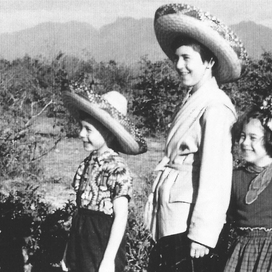