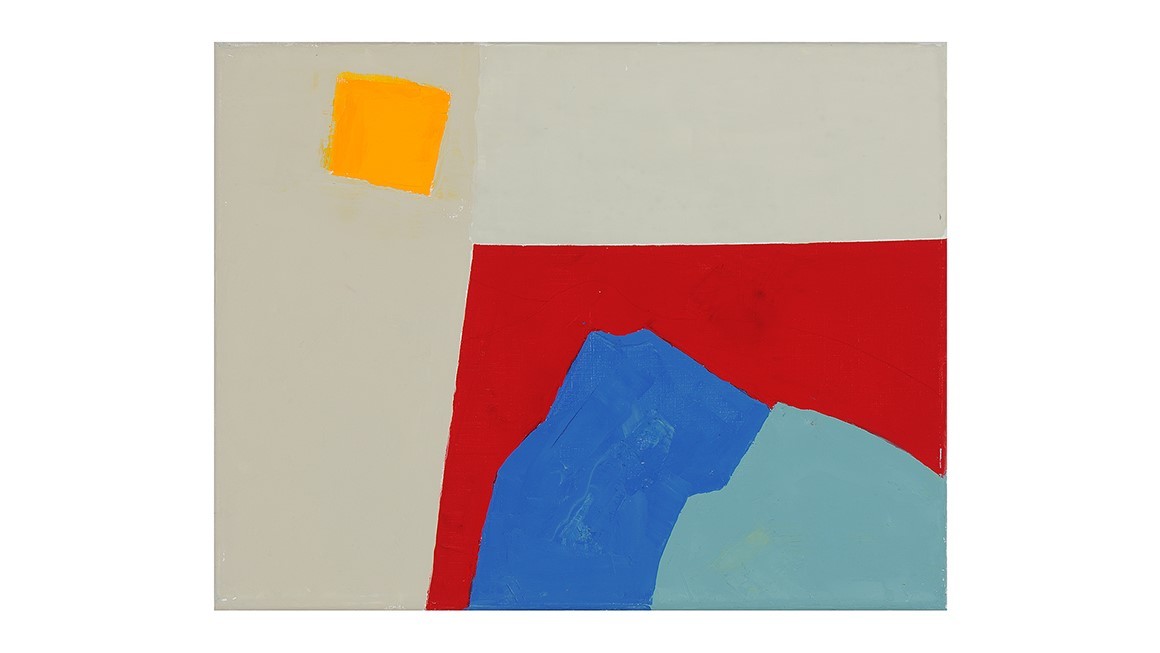 “Decent or beautiful public work is democratic, because even a poor person can walk in a beautiful environment and have his spirit uplifted. We painters do an elitist type of work; nevertheless it has its place because it’s intellectual and spiritual. But we badly need public works.” – Etel Adnan

The very first work I saw by Etel Adnan was a long Japanese folding book in which handwritten poems and signs were combined with drawings. I was immediately and magnetically attracted by its energy; I wanted to know more. The next day, I started to read Sitt Marie Rose (1977), her masterpiece and the great novel of the Lebanese civil war. The day after that, I read her extraordinary The Arab Apocalypse (1989), which addresses the turmoil of war in the Arabic world beyond Lebanon and made Adnan one of the world’s most important political writers, as well as a key protagonist of the peace movement. I then ordered dozens of other books by Adnan, and became increasingly aware of the many dimensions of her writing: reportage, fiction, plays, and her outstanding recent poetry collections such as Sea and Fog (2012) and Seasons (2008), in which natural and meteorological phenomena are presented as nontangible things that imperceptibly influence and transform our skins and our souls. This was the first time since high school—when I read every single word that Robert Walser had ever written, including his “micrograms”—that I had felt the urgent need to read the complete works of a writer.

Reading Adnan is addictive. As the legendary Palestinian poet Mahmoud Darwish once said, she has never written a bad line. Etel Adnan was born in 1925 in Beirut. In the late 1950s, after her studies at the Sorbonne and at Harvard, she taught philosophy at the University of California and started to paint. Her earliest works were abstract compositions with squares of colors directly applied from the tube. Often a red square was the pivotal point of the composition. As Adnan told me, she was interested in the immediate beauty of color. During her initial years in California, she also started to make her first colorful abstract tapestries. These works, influenced by an interest in oriental rugs, are a separate dimension of her practice that she has pursued ever since. Never translating her existing paintings into tapestries, she uses specific designs for her textile works, through which she celebrates the vibrancy of the wool.

Over the course of the 1960s, Adnan started to move away from the purely abstract forms. In 1964, thanks to a fellow artist in San Francisco, she discovered leporellos, accordion-style folded books in which she could mix drawing with writing and poetry. Another pivotal moment took place a decade later, when Adnan moved to Sausalito, near San Francisco, and discovered the landscape of Mount Tamalpais, which remains the most important encounter of her life. Her obsession with the mountain led to many paintings and, after more than two decades of intense contemplation, to the seminal book Journey to Mount Tamalpais (1986), which explores links between nature and art. As Adnam told me, “Mount Tamalpais became my house. For Cézanne, Sainte-Victoire was no longer a mountain. It was an absolute. It was painting.” Mount Tamalpais also appears in another dimension of Adnan’s work, her seventy filmic snapshots of the sea, sun, and sky, which she started to make in the 1980s with a Super 8 camera. On visits to New York City, she would also film what she saw from her window. The bridges, skylines, and passing ships that she observed there lead us to yet another dimension in her practice: her drawings and watercolors, which she has made daily ever since she began to draw as her means of expression while learning English in America. These New York drawings, made with thick black ink, were soon after followed by a series of drawings of the stone bridges of Paris. As Simone Fattal shows in her writings on Adnan’s visual art practice, one of these is an echo of a line in a Baudelaire poem, “an agonizing sun falling under an arch.”

It was in Paris that I met Adnan for the first time, in 2007. We quickly became friends and started to collaborate on many projects, such as the Serpentine Gallery’s Edgware Road Project and several marathons between London and Athens and the Point d’Ironie magazine with agnès b. We began to record a large number of conversations. Adnan is one of the greatest artists of our time, one of the wisest I have ever met, and a great inspiration to many people. Although she is now in her late eighties, I am always struck by the amazing energy and intensity of her recent practice, which is still among the best work being created in the world today. I am also continually struck by the amazing optimism of her paintings, which as Fattal explains, both “exude energy and give energy. They grow on you like talismans . . . paintings as pure energy with which to live one’s life with courage.”

Hans Ulrich Obrist is a London-based art curator, critic and director of International Projects at the Serpentine Galleries. The exhibition Etel Adnan: The Weight of the World will be on view June 2 through September 11, 2016 at the Serpentine Sackler Gallery in London. 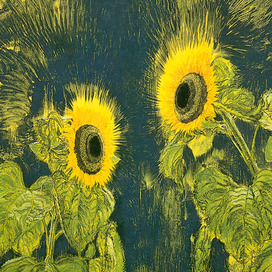 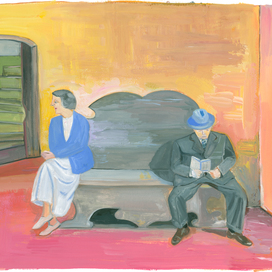