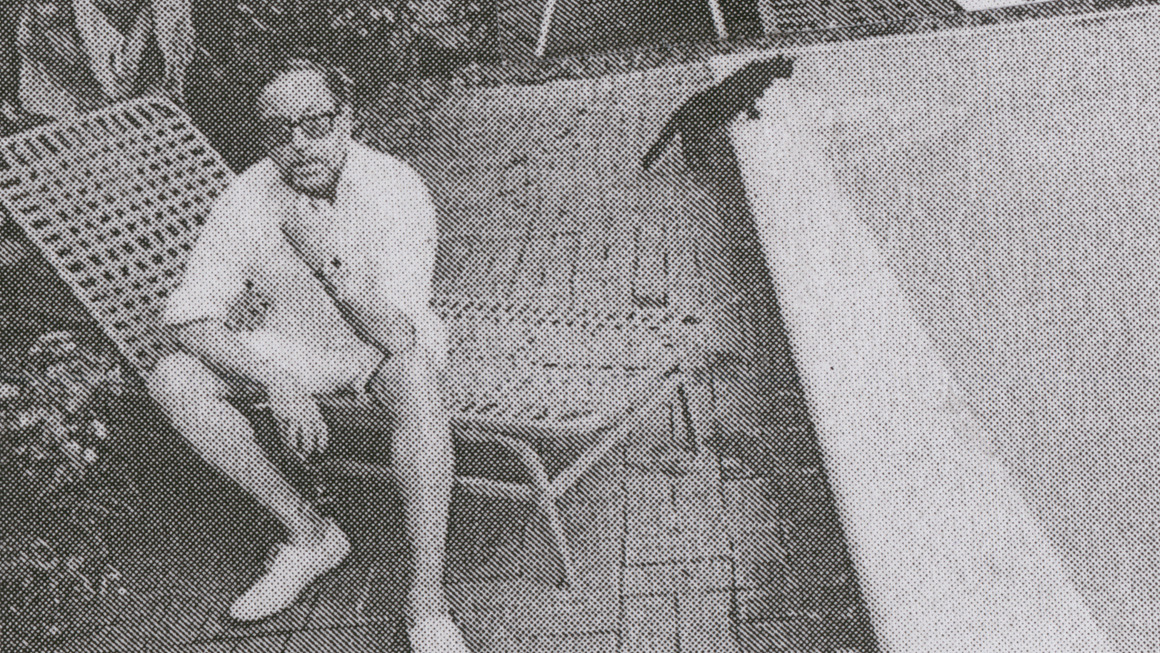 Tennessee Williams had a gift for transforming the world around him that extended far beyond Broadway. His lifestyle—which oscillated between bohemianism and celebrity—kept him in constant circuitous travel between New York, Provincetown, St. Louis, New Orleans, and Key West. He had, by way of the particular force of his personality—a combination of dandyish self-assertion, acute humanity, and rampant sexual imagination—the ability to mark these deeply storied locations with extra glamour and gravitas. His suave, sophisticated, and sensual itinerary transcended ordinary travel and gave mid-century America, at least in the minds of the intelligentsia, a more nuanced and subtle character.

In snapshots and publicity photographs Williams is nearly invariably seated. This collection of chairs represents something liminal yet “at-home,” a repository for his colloquial and patrician postures, which when taken together tell a story of a transnational jet-setting avant-garde. Beginning with the sober self-discipline of a Spartan wooden chair faced with a typewriter as a young man in St. Louis (and there is no more elemental theater prop than the stark wooden chair); to the solid Arts and Crafts chair, the Victorian interior gloom of New Orleans, and the volatile ether from which he would fashion A Streetcar Named Desire (a success against which all subsequent efforts would be measured); to the ubiquitous satin armchairs of luxury hotel lobbies and suites, soft markers for the itinerant and the escapist; and finally the rattan iterations in southern Florida in which he would seek stillness—chairs like little slatted rafts around which heaved the dark tide of success. Ensconcing oneself in a chair, for most a passive action, allowed his personality to activate a place.

In the 1960s Williams had a predilection for falling flat on his face, playing dead (or, indeed, dying for an instant), which he routinely employed as an exit strategy for any conversation or party too taxing for his constitution. This is not to be mistaken for a lack of stamina, for no excesses of the night before would ever encumber his next morning’s work, but the effects of pills and drink, his constant companions, did make a hazard out of being upright. The less comfortable state of standing erect was, for Williams, a diminished position for occupation, presence, observation, and other precious forms of sensory intake needed for his being’s primary impulse: to write. With Southern grace his speech and body were unhurried, always nestled, lumbar and loin, on a hard or cushioned chair, in an attitude of reception. If psychogeography describes the effects of place on the emotions, then what Williams could manifest was the inverse: his emblematic chair, much like a prie-dieu adding some comfort to devotion, was a quotidian object of mystical purpose.