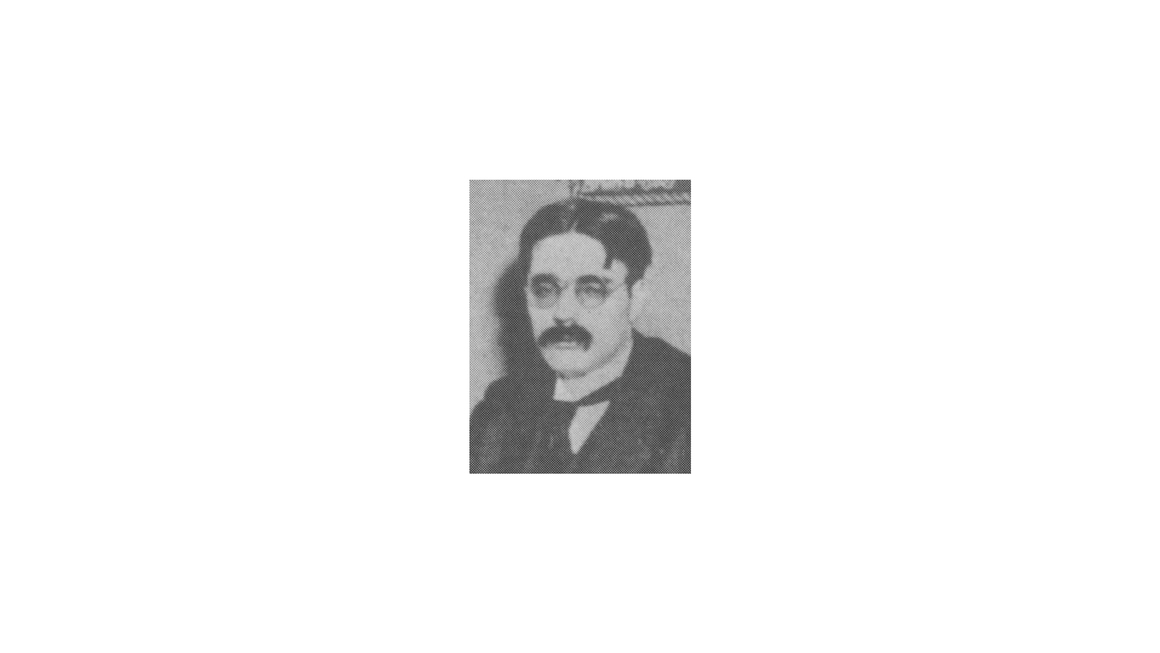 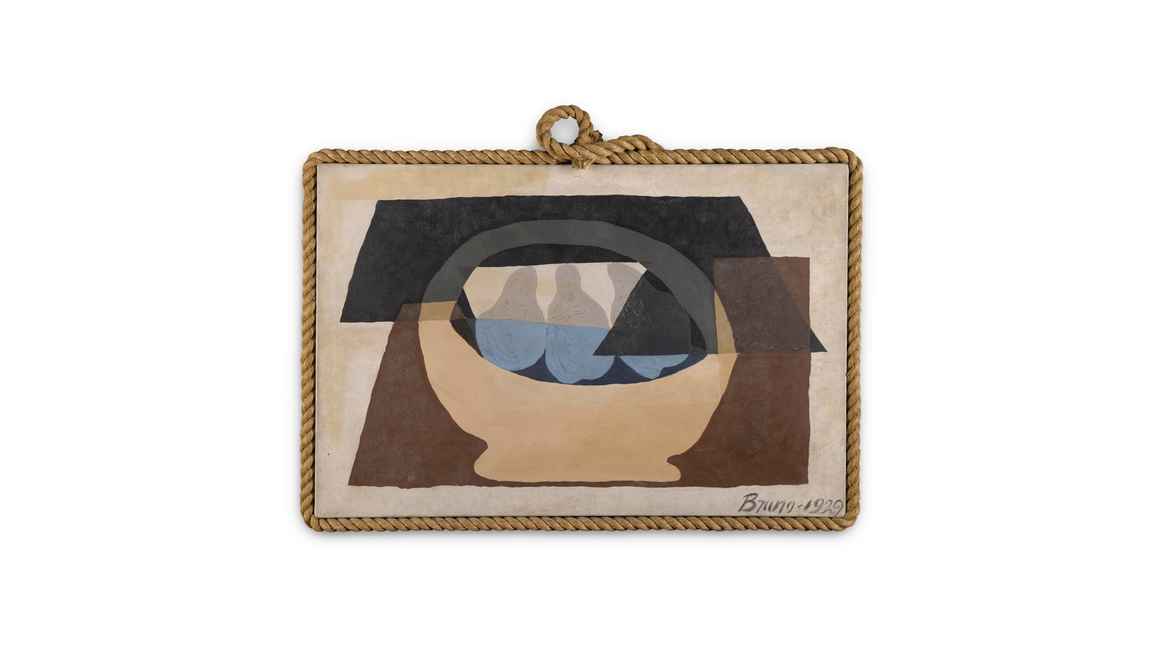 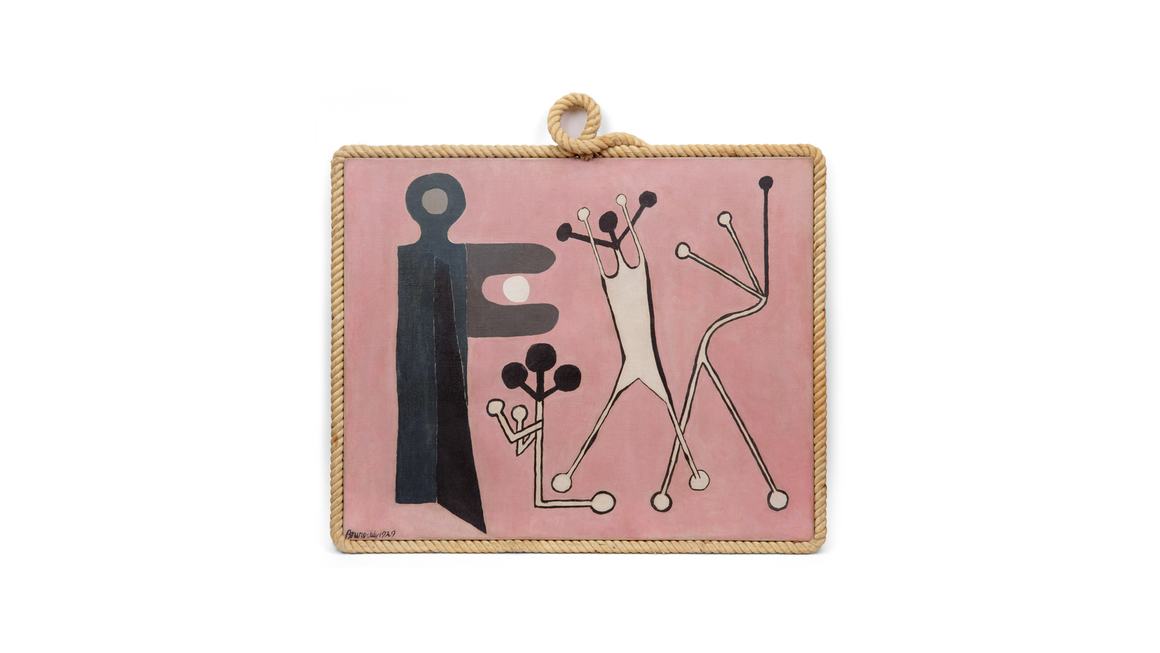 Obscure in the history of modern art and at most a footnote in modern English literary history, the story of the Bruno Hat art hoax is an increasingly interesting and prescient one. The story resides amid accounts of the frivolity of London’s Bright Young People, the interwar band of decadents who dominated both the salons and tabloid newspapers; poets, dandies, and queens whose unrelenting aestheticism and fun attacked the values of the generation that came before them, whom they held accountable for the war.

In 1929, amid a hush of expectation, art patrons, critics, and the best of London society observed as Bruno Hat, a crippled man of German extraction, a genius plucked from obscurity—his art said to have been discovered in the back of a village shop—was wheeled out into his debut exhibition. The paintings, derivative of avant-garde styles (the quasi-cubist still life, Basket of Pears; the mannered surrealism of The Adoration of the Magi showing a group of attenuated tri-headed figures), delivered their pique because they were painted on cheap bath mats and framed in rope with nautical, almost dainty, loops. Bruno Hat was an instant sensation but he was, of course, a fiction. The art and artist were the conspiracy of several, now mostly forgotten, luminaries, and as such Hat lives on as an amalgam of a milieu. The painter John Banting is thought to have held the brushes under the strict direction of Brian Howard, the effete poet and teen prodigy who, at the age of twenty-four, was experiencing the second flush of his talents as a party impresario. Later Howard would be among the first in England to recognize the Nazi threat, making him careworn, dissipated and drug addled long before the war broke out. Evelyn Waugh wrote the exhibition tract, An Approach to Hat, in which he hailed the “first signal of the coming world movement towards the creation of Pure Form.” Bryan Guinness, the dashing brewing heir, was the event’s auspicious host, and finally, Tom Mitford, the only boy among the six Mitford sisters, was the impersonator: heavily moustached, in tinted glasses with hair sleeked back from a center part, he seemed of indeterminate age but evidently handsome. In her biography Brian Howard: Portrait of a Failure (1968), Marie-Jaqueline Lancaster describes how “admiring connoisseurs crowded about him: ‘I do so admire your rope frames, Mr. Hat,’ said one. ‘Ja’ said Mr. Hat, ‘it ees mine own idea,’” and “the difficult moment when a young Oxford don started to talk to the seated artist in fluent German . . . [Mr. Hat] responded by making a ‘gesture of distaste’ and declaring ‘Ach, I am naturalised Englisch. I do not care to remember that I speak German.’”

Being not just paragons of self-entertainment, their pantomime was a social critique. Bruno Hat was presented as a naïf autodidact within an aura of Teutonic psychoanalysis: an otherwise simple man—never having been to Paris—who genuinely intuited the actions of the intellectualized continental avant-garde that the English had staunchly resisted. Hat was the perfect tool for breaching, momentarily, an entrenched Victorianism, and for pointing out the English weakness for the second-rate when it is enveloped in charm. The joke, which could be fulfilled only by its revelation, was gigglingly exposed within a few days. The paintings acquired their significance as they were shunned, and Hat’s retrograde modernism revealed its ironic function. For, while Europe had embraced the manifestos and rampant isms in the development of art since the turn of the century, England could scarcely abide their own Bloomsbury painters and the Vorticists, and it wouldn’t be until 1960 that the Tate would mount a Picasso show.

Hat was a harbinger of much that has become common in art today—of invented personas and assumed cultural histories, and their role as content in art; of the phenomenon of collective work done under a singular artistic pseudonym; of press ploys, and the reliance on mass media to complete an art project (the Bright Young People were preceded only by James Abbott McNeill Whistler in their compulsion for newspaper notoriety); of the dissolution of traditional artist’s materials, and the smart-aleck use of quotidian objects as painting supports—all of which accumulate a debt to Hat. Though perhaps banality and genuine poetic impulse have not mingled so effectively since, and while Picasso, Duchamp, and others made similar gestures earlier and more aesthetically, Hat is distinguished from these earnest Harlequinesque masters by a sublimity that comes only from those possessed by a sense of humor.