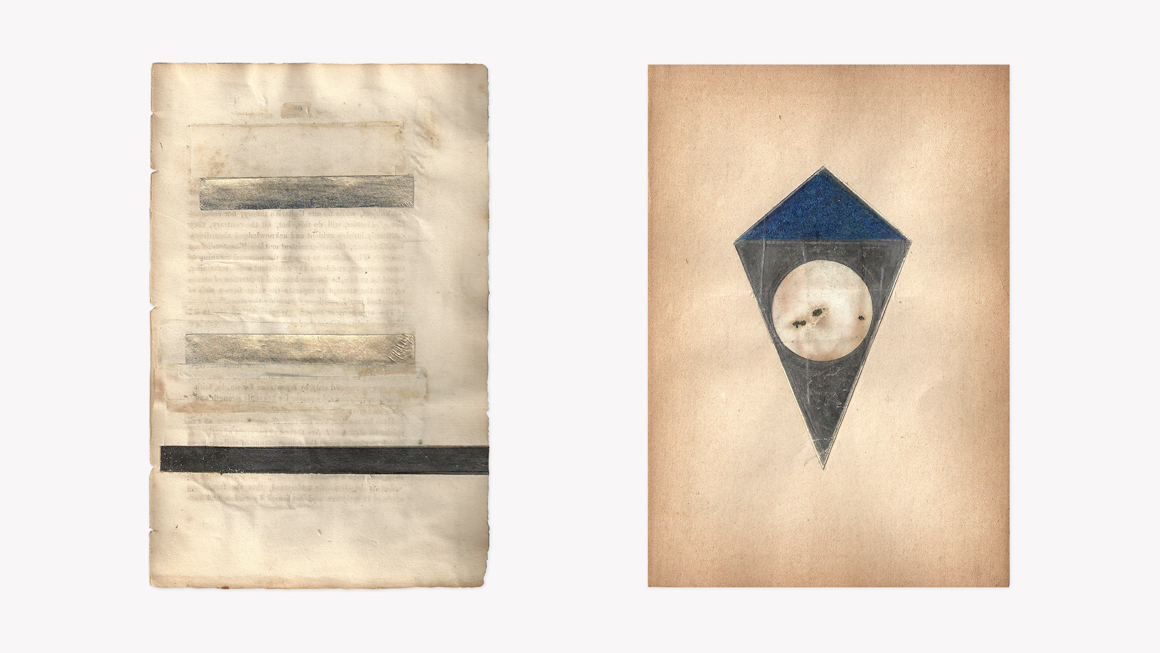 On My Sanctuary Space

In the latter half of the 1980s I lived in Vienna and was sustained by Buchhandlung Posch, a small bookstore stacked floor to ceiling with miracles and still open today on the Lerchenfelder Straße in the 7th district. It was my first sanctuary site—if you discount the fields and forest of my childhood, where I would hide after or instead of school. There never seemed much room for people in the shop, so crowded with numberless books it was, but there I discovered for myself the marvelously intemperate writings of “the ungrateful beggar” Léon Bloy, Céline and Lautréamont, and the darkly consoling stories of Robert Walser or Marcel Schwob.

To Herrn Dr. Posch, the white-haired owner of the bookshop, an untiring advocate of Dada and Surrealist literature and devotee of culinary herbs and Bakunin, I would bring my money from the sales of small works. Posch was, in fact, one of the first collectors of my early drawings and I often spent the money he gave me on the books he sold in his shop. Collected works by Antonin Artaud (whose hallucinatory and hieroglyphic drawings devastated me) and Georges Bataille, both published in handsome German editions by Matthes & Seitz, then and now the principal publisher for resurrected or invented secret influences, solitary visionaries, and radical shimmers. Books with shadows in them, but so much light breaking through. Entire landscapes of texts shelved as receptacles of a spirit now seemingly gone out of this world. Things carried home to be sheltered by and shattered. After I left Vienna for New York, I would often return to Buchhandlung Posch and find wonders such as the writings of Hans Henny Jahnn, Jean Paul, and Jürgen von der Wense, which continue to cut a clearing through me.

Profound events, formative like sacred childhood things.. My early work was made of these. But it took time for me to parcel out how to sort and direct what occupied me. We are what we read and become what we see. What’s buried and unburied when we are children, we hold up for the remainder of our lives, as banners for more light. “Evidence of things unseen” made to appear.

The place for such appearance is the studio. The sanctuary space: a bower built to arrange the soul with totems, spells, and cadences. To perform remedies, discourage disaster. For knowing, and for carrying on. I moved my studio many times: from Vienna to New York, within New York, and away from there after more than twenty years to a place below a sky that’s filled with birds and silent nights.

There is a certain tone in the things that matter, an architecture of delayed light or slow sounds from long ago. Fragments for the after-silence, the sorting of a garden. Things in their essence. Spiritual forms, an invisible geometry of objects that gives strength to us through music. In my studio I work to the sounds of Gurdjieff, Schubert, Feldman, and the remote and raw American music of the 1920s and 1930s. Sacred singers of two-minute dramas in hymns or groans about the strangeness in this world. Whispered petitions to show us the way or to destroy us completely. Every word a last word. Every sound a revenant. Its history a mountain-deep ocean, with too many names to tally. I have always been addicted to it.

The walls of my studio are emptier now than in the past: only a Paradiso chart from Dante’s Divina Commedia, the image of a ruin, and a broken daguerreotype, all gifted to me by friends. They are kept bare for my own small works of rescue-emblems, broken lines, and Hauchkreis circles. Very small landscapes and black squares like small blind windows. They remain awhile then are replaced by others. Standing heavy against the wall is the old black-green desk, covered with excavated things, summoned for the tone necessary to carry on, a field to lean the forehead over. With broken toys and animals of worn wood or white with silver, vanished histories spread across and placed as in my early works. A rickety chair sits in front of the desk. Scrapbooks are stacked close by for mining. I have space to stand up and reach into piles and walls of books on art and other subjects that aid my work and serve as companions. Stacks of old Dover books on the histories of sailors, soldiers, and fanatics, of their Scrambles Amongst the Alps, in Africa and the polar regions. Early captivity and conversion narratives, tales of exploration breakdowns and ships sunk by whales. Fehrenbach’s enlightening and terrifying Comanches: The Destruction of a People and John Sepich’s Notes on Blood Meridian. Volumes on mesmerism, Lost Lands and Sunken Cities, and primitive European art. Books on archetypal patterns, On Growth and Form, and Ritual Animal Disguise. Of Icelandic sagas, the Gilgamesh epic, and Hans Prinzhorn’s Artistry of the Mentally Ill. John Ruskin’s life and writings and works by Sir Thomas Browne. Charles Burchfield’s journals, The Visions of Arnold Schönberg, and Die unendliche Heilung of Aby Warburg. August Strindberg’s Inferno and his occult experiments with photography. Monographs on the isolated, inimitable works of Hercules Segers, M. K. Čurlionis, and C. F. Hill. A monumental book on Leonardo da Vinci, a dear relic of my childhood, which once belonged to my father. And books on Russian and Byzantine icons, on Giotto, Piero della Francesca, and Caspar David Friedrich—all, like the films of Robert Bresson, too magnificent for words.

The charity of things. This is what constitutes my world, as harbor and as shelter, together with my love, the friendship of a few rare people, and this library of the departed. For me it is enough. That we may know how to care: everything beautiful is broken or anonymous.

Based in New York, Herbert Pfostl is a self-described painter of plants and saints. He is the co-editor of To Die No More with Kristofor Minta, and recently published Light Issued Against Ruin with The Brother In Elysium.