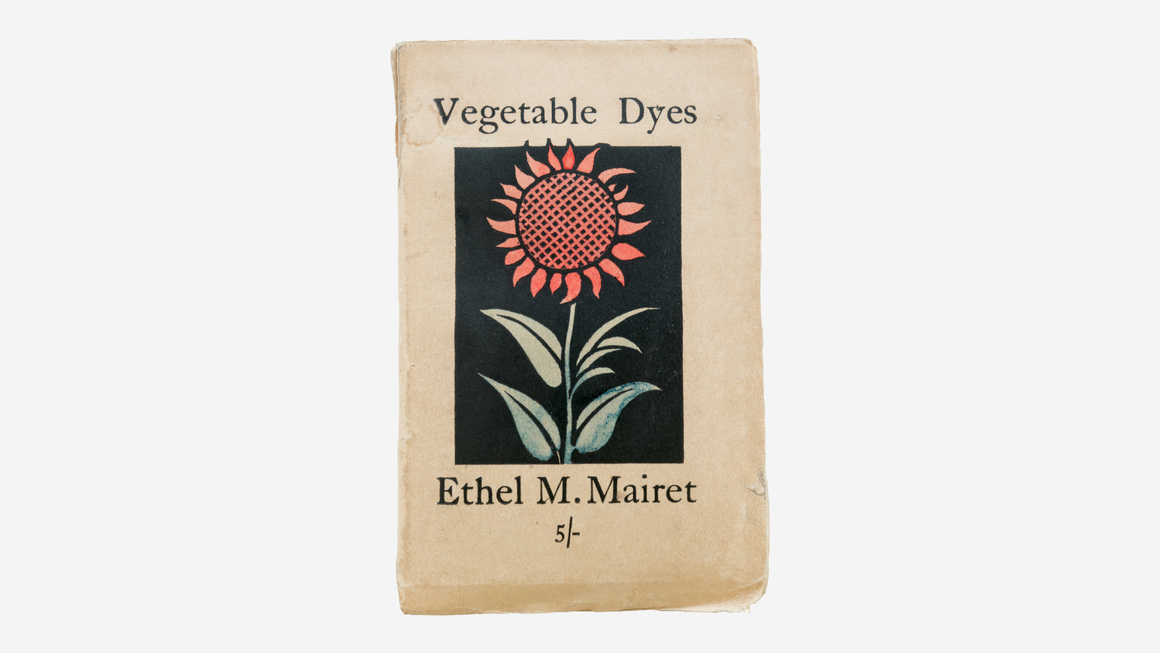 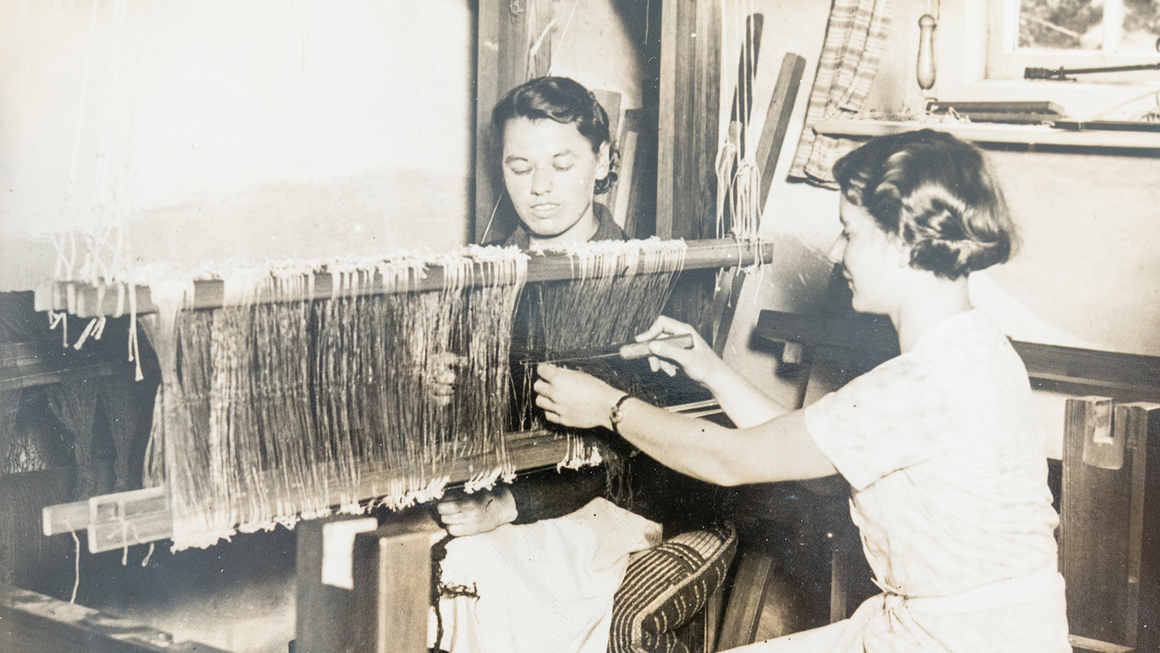 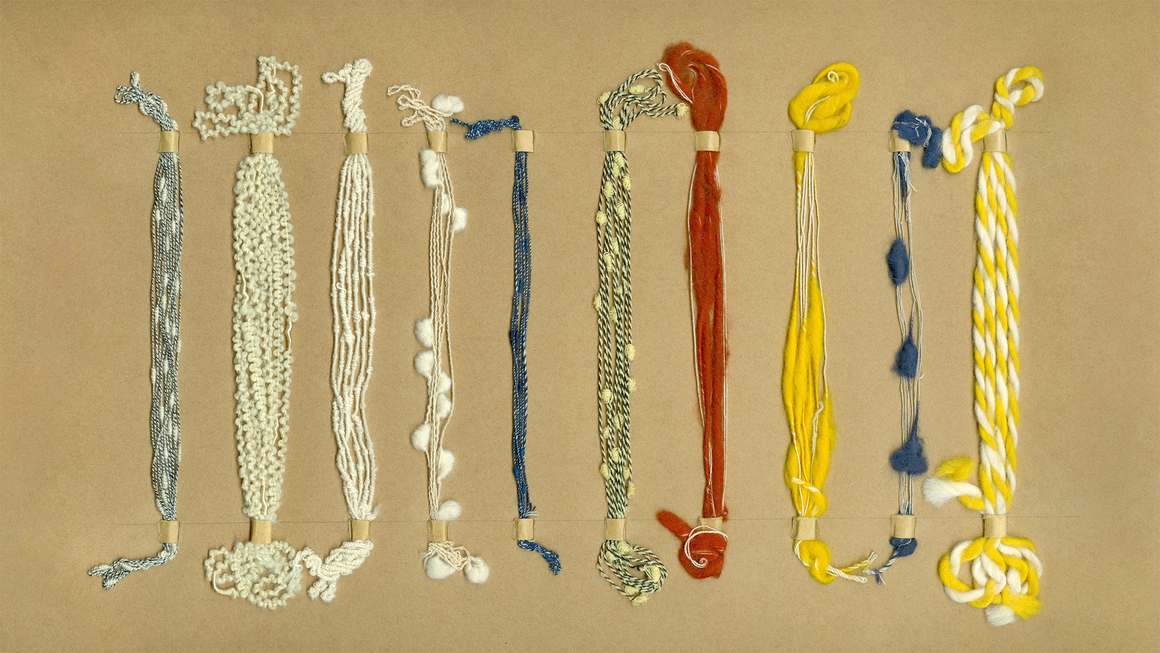 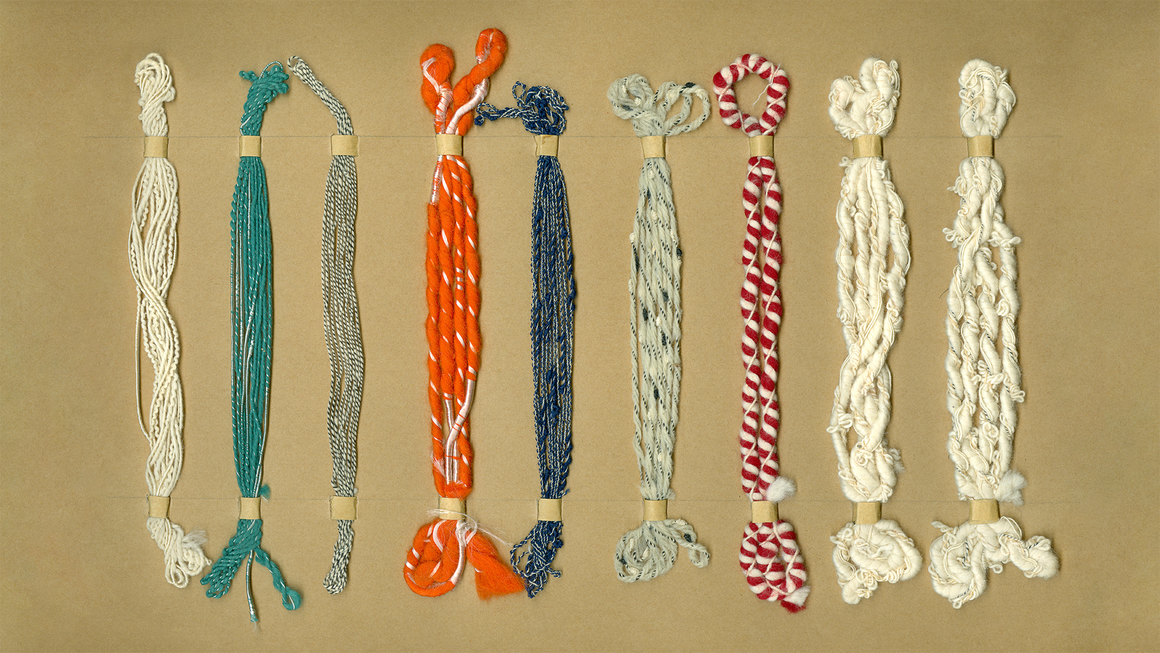 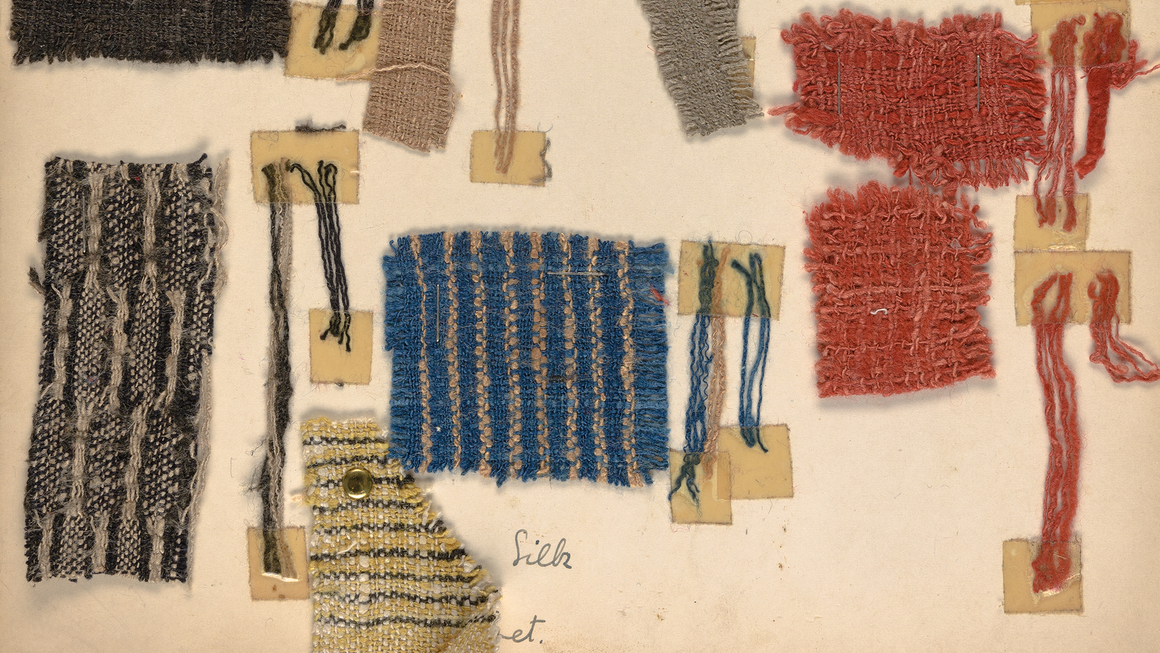 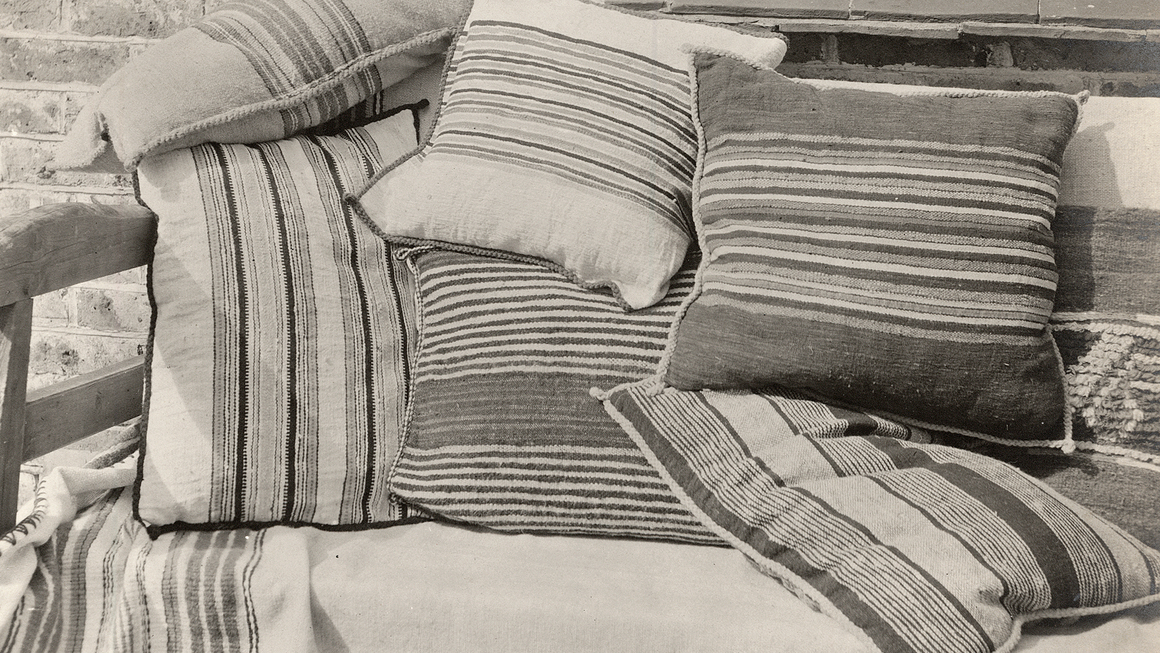 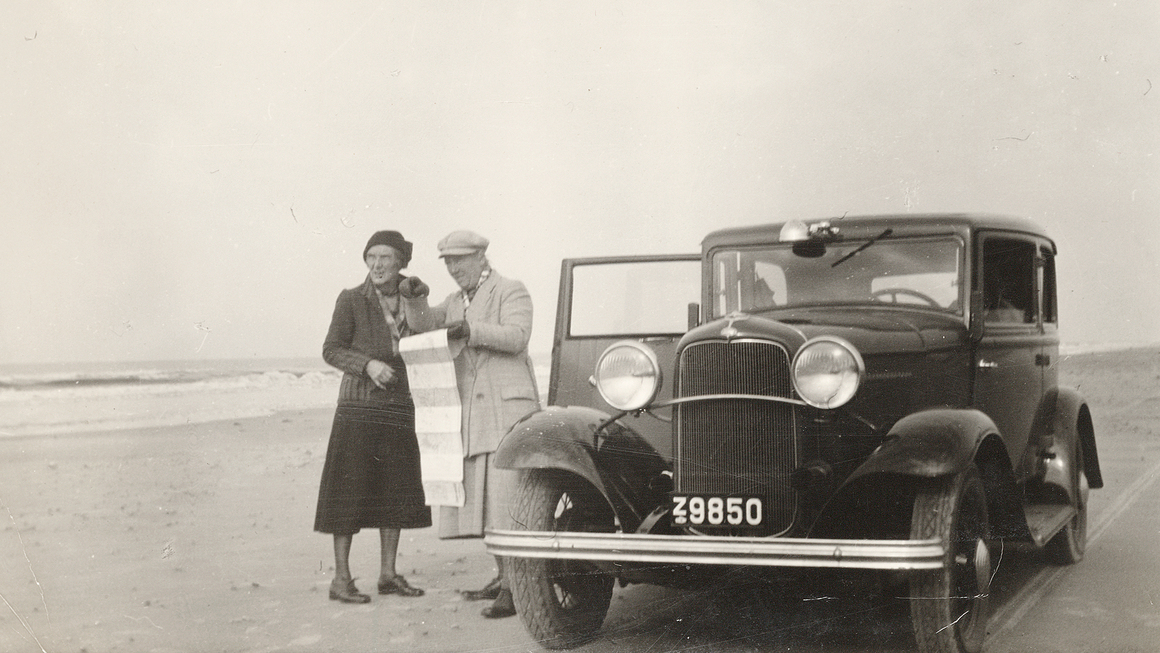 When the weaver Ethel Mairet visited friends in the tiny English village of Ditchling in 1916, she was so enthralled by the centuries-old cottages and farms nestling in the South Downs and its bohemian community of artists and designers, who had been persuaded to move there by sculptor Eric Gill, that she decided to join them.

Mairet and her husband Philip, a writer, philosopher, illustrator, and occasional actor, found a temporary home in the village. While he added another role to his resume by working as a farm laborer, she designed a house with a workshop, where she could continue her experiments with weaving and develop new recipes for organic dyes. Mairet then supervised construction, determined to ensure that the workshop would be big enough to accommodate not only her apprentices but also groups of people with little or no experience of weaving and dyeing and who were eager to learn about them.

The house, which they named Gospels, was completed in 1921, and Mairet lived there until her death in 1952. By then, Gospels was renowned worldwide as a center for experimentation in textile design. Some 130 would-be weavers and dyers had worked there as Mairet’s apprentices or assistants, including Gill’s daughter, Petra. Several of her apprentices went on to become influential textile designers in their own right, such as Marianne Straub and Peter Collingwood. Yet more people, including local villagers as well as design students and Mairet’s fellow cultural émigrés to Ditchling, were introduced to the joys of working with yarns and dyes by reading her books and attending her classes in the Gospels workshop.

Mairet was a fine example for her students, being self-taught in textile design and production. Born in Barnstaple in southwest England in 1872, she originally planned to become a piano teacher and worked as a governess before marrying wealthy philosopher and geologist Ananda Coomaraswamy in 1902. They spent the early years of their marriage in Ceylon (now Sri Lanka), where she became fascinated by the country’s craft traditions. Returning to England in 1907, the couple settled in Broad Campden, a picturesque Gloucestershire village where the Arts and Crafts movement champion and architect Charles Robert Ashbee had established a creative community very similar to the one she later found in Ditchling. After separating from Coomaraswamy in 1912, she married his former secretary, Philip.

By then, Mairet was firmly focused on weaving and the research into vegetable dyes that culminated in the publication of A Book on Vegetable Dyes in 1916. Printed by the poet Hilary Pepler, a friend from Ditchling, the book proposed alternatives to the chemical dyes that Mairet considered to be ugly, crude, and insipid, by using acorns, elderberries, gorse bark, lichen, iris root, and other natural ingredients. She refined her dye recipes over the years, and did the same to her weaving techniques, convinced that textile designers should be guided by the texture and colors of the yarns and woven cloth. Having begun by using traditional handlooms, Mairet was persuaded by Straub to experiment with mechanical looms too.

Her marriage to Philip ended in 1931, by which time Gill, Pepler, and some of their other friends had left Ditchling. Yet Mairet remained immersed in village life, surrounded by old friends and the new ones she made among the steady stream of newcomers. Even after extending her teaching to include the nearby Brighton College of Art during the late 1930s and 1940s, she continued her own work as a designer and maker at Gospels and as a mentor to more students and apprentices there.

Mairet also carried on writing, reflecting her interest in combining traditional and contemporary textile production processes in the title of her 1939 book, Hand Weaving Today: Traditions and Changes. As her reputation rose, she received many awards and regular visits from artists and artisans who traveled to Ditchling especially to see her. Among them were the potters Bernard Leach and Shoji Hamada, who left Gospels bearing a length of cloth to be made into a suit.

Alice Rawsthorn is a London-based writer on design. She is the author of Hello World: Where Design Meets Life, and most recently, Design as an Attitude, published by JRP|Ringier.