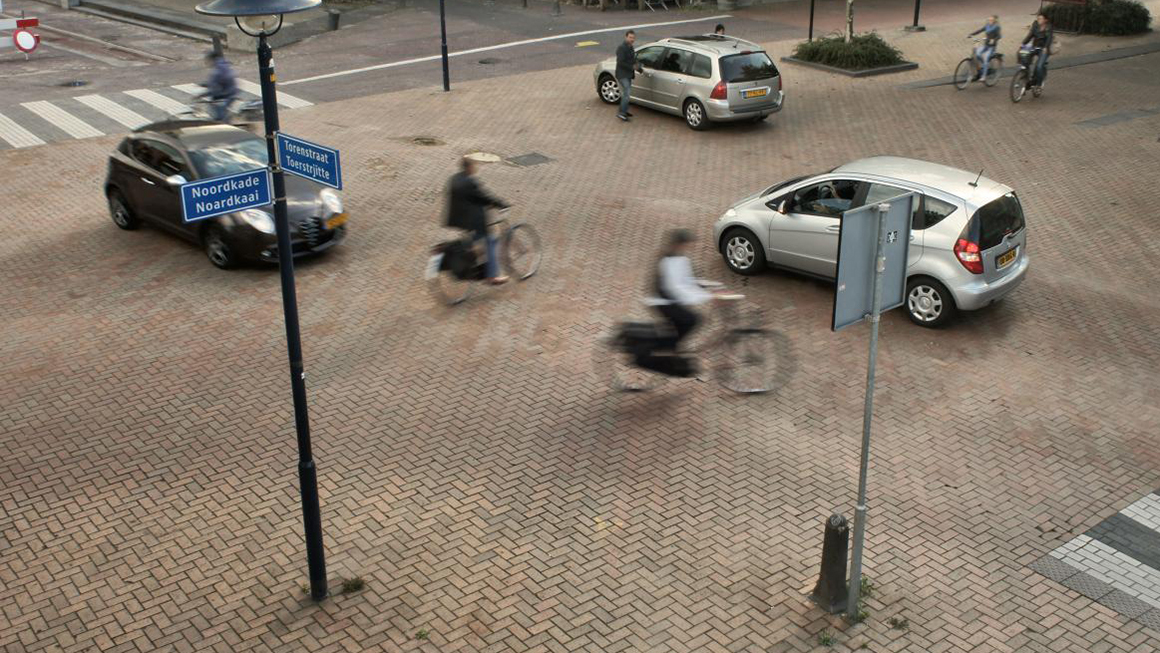 Photography by Raban Haaijk. Courtesy of Works That Work Magazine.

What would be more dangerous? Driving along a road filled with traffic signs, speed bumps, and traffic lights, or driving along a road with none? The latter would feel most perilous to most people, who would be fearful of missing out on important safety information, but an enterprising Dutch traffic engineer proved that such roads are often safer.

During the 1980s and 1990s, Hans Monderman conducted a series of radical experiments on the roads of towns and villages in Friesland in the northern Netherlands. He stripped them of signs and other traffic controls in the belief that if drivers and pedestrians are confused, they are likely to behave more cautiously. And the evidence suggests that he was correct.

Born in Friesland’s capital city, Leeuwarden, in 1945, Monderman, who died in 2008, started out as a civil engineer, but rapidly became just as interested in how people responded to roads as he was in building them. To better understand the psychology of road users, he trained as an advanced driving instructor and worked as an accident investigator. In 1979, Monderman found a role that combined all of his interests by becoming a traffic safety consultant for Friesland, which enabled him to design new ways of improving road safety.

At the time, most traffic engineers favored adding more traffic controls on the grounds that the better informed drivers and pedestrians were about the condition of the roads and how to use them, the safer they would be. Monderman questioned this after being dispatched to report on traffic conditions in the village of Oudehaske in the mid-1980s after two children were killed there in a road accident.

Despite their deaths, he discovered that Oudehaske’s roads were unusually quiet, clear, and safe. The village had recently completed a restoration program intended to prettify it. Road signs had been removed as part of the process, and the asphalt in the roads replaced by traditional red paving bricks. The impact on the traffic was dramatic. Not only were there fewer accidents and less congestion, but most cars passed through Oudehaske at lower speeds, some too low to register on Monderman’s radar gun.

He was an improbable rebel. “Wearing a striped tie and crisp blue blazer with shiny gold buttons, Monderman looks like the sort of stout, reliable fellow you’d see on a package of pipe tobacco,” wrote Tom McNichol in a 2004 article in Wired. Yet he was relentless in questioning the conventional wisdom in his field and, in his efforts to ascertain why rationalizing Oudehaske’s traffic controls had proved so effective, in developing systematic ways of achieving similar results elsewhere.

Monderman’s showcase was a congested, accident-prone four-way intersection in the town of Drachten. In 2001, he removed the signs and other controls, leaving drivers and pedestrians to navigate the “naked streets” as they wished. The result was a free-for-all, occasionally made worse by Monderman himself. He enjoyed testing his theories by braking sharply at the intersection in his Saab (especially when showing journalists around) or walking backwards into the traffic. Chaotic though Drachten’s “naked” intersection appeared, congestion decreased sharply, and a year later the number of accidents had halved, even though there were a third more cars.

Convinced that traffic controls created a false sense of security among drivers and pedestrians, many of whom were so focused on obeying them that they wrongly assumed everyone else was doing the same, Monderman believed that “naked streets” punctured their complacency, making them more alert, perceptive, and prudent. He applied his principles in over a hundred places in the Netherlands, and his work has influenced the design of other “naked streets” throughout Europe.

Driving along my nearest “naked street,” Exhibition Road beside the Victoria & Albert Museum in London, is not a pleasant experience, largely because I feel puzzled and occasionally alarmed by the dearth of information. But Monderman’s design strategy seems to work, because I invariably find myself driving more slowly and sensibly.

This text was originally published on Maharam Stories in September, 2017. 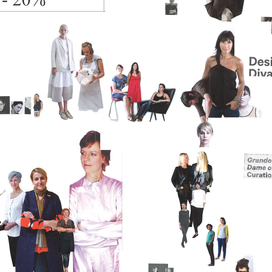 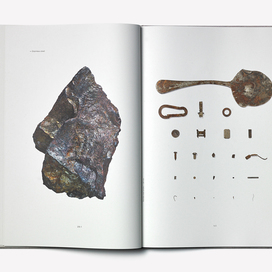