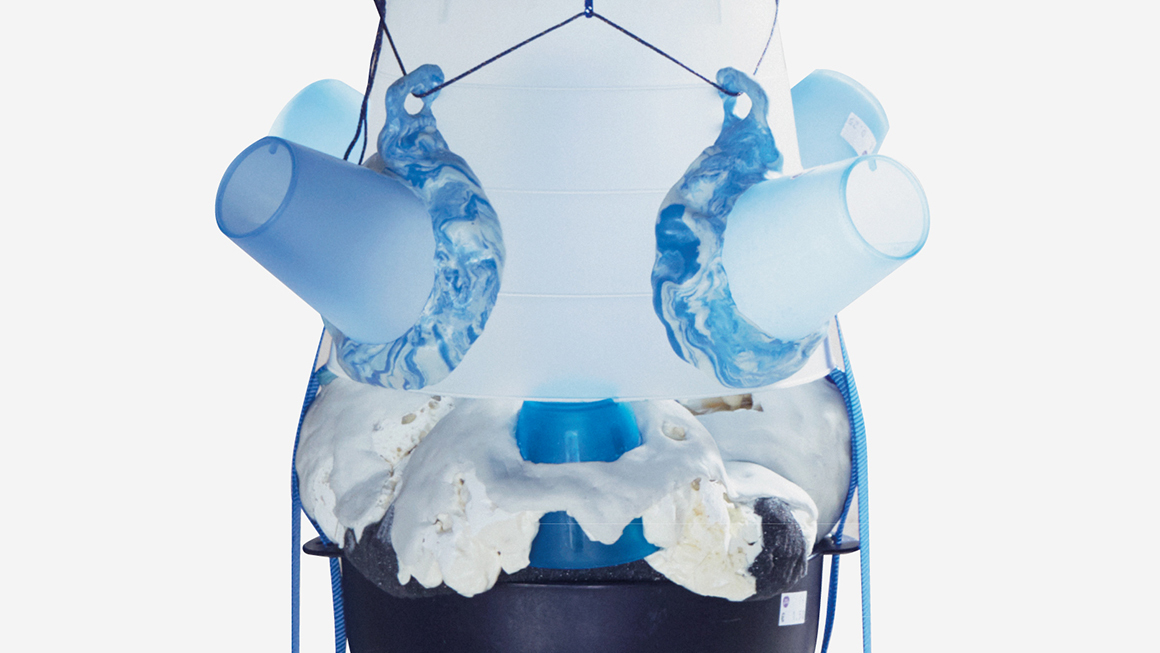 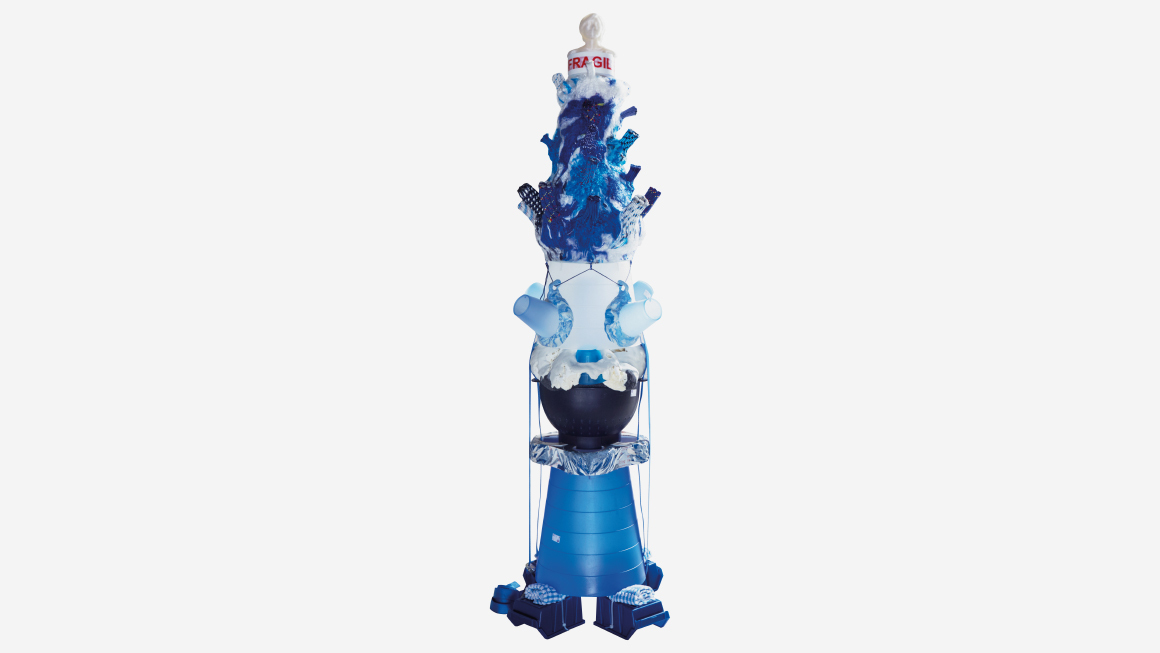 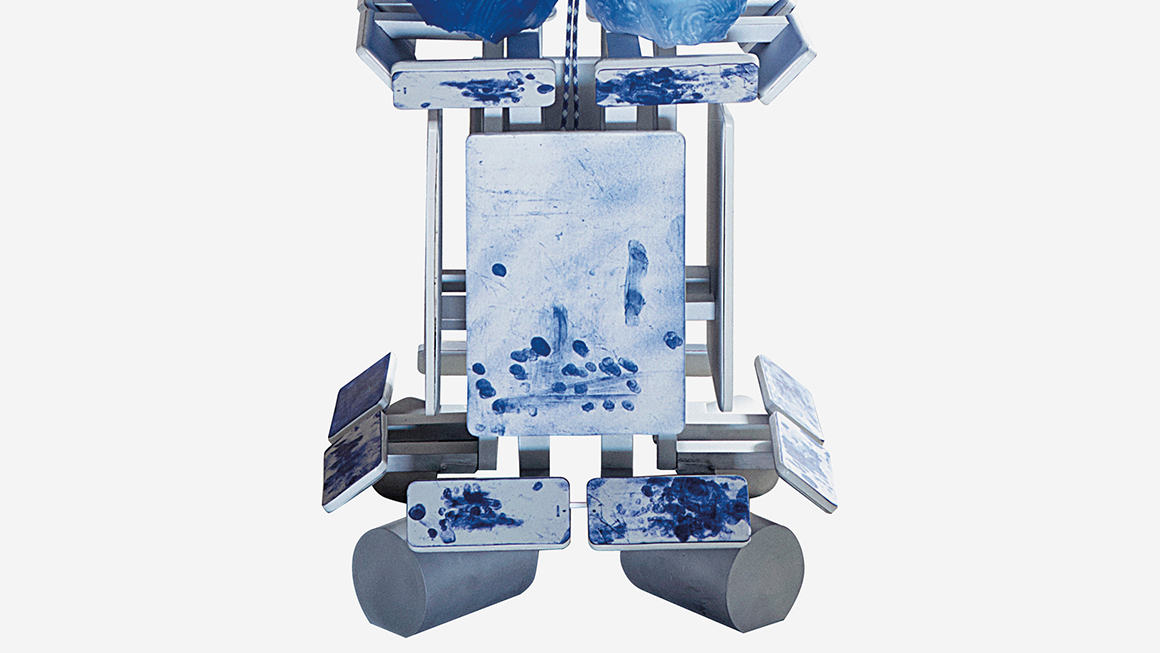 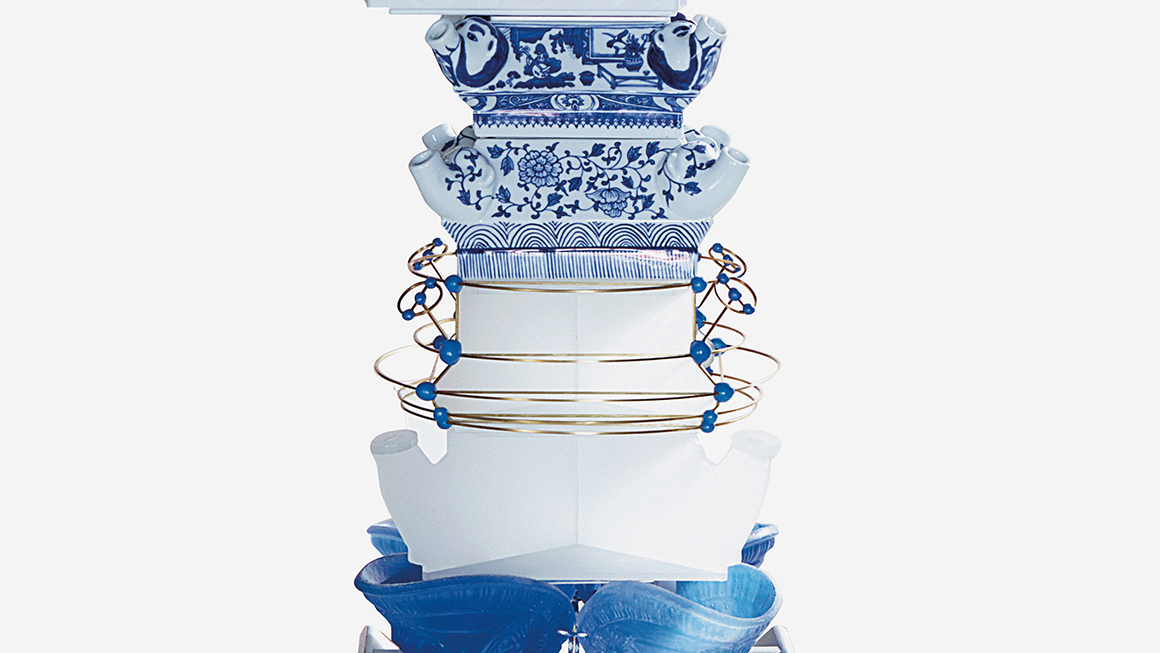 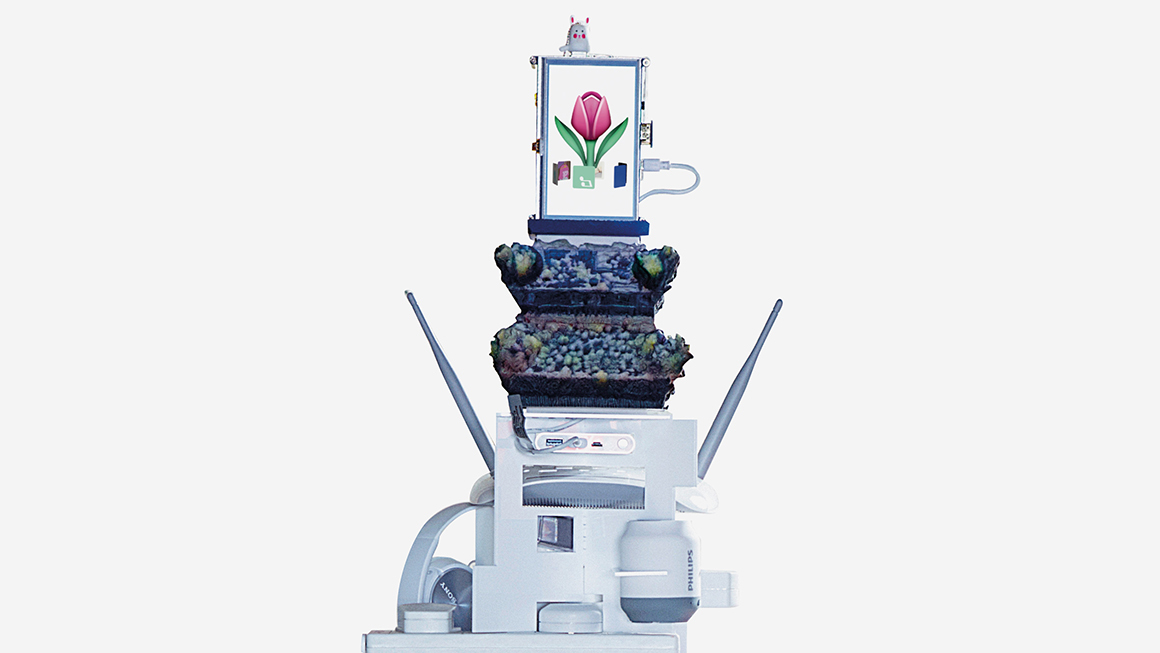 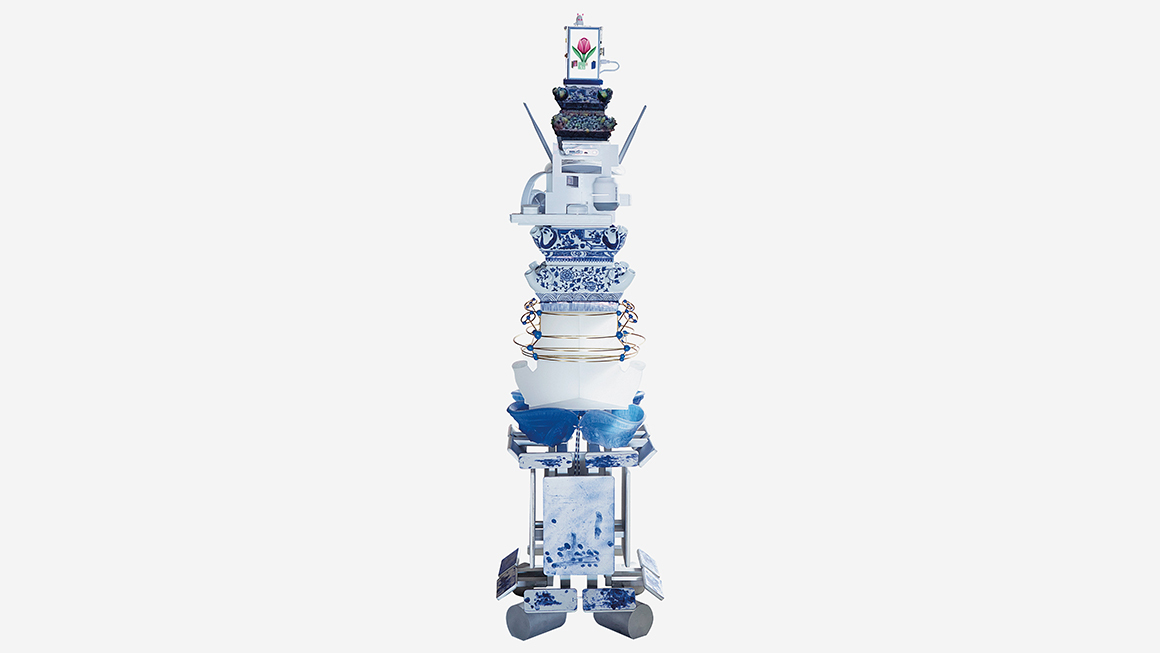 During the late 17th century, the most fashionable flowers in the Netherlands were tulips, recent imports from Turkey. The Dutch queen, Mary II, was so fond of them that a special tulip vase was made for her in Delft, the center of the ceramics industry. Inspired by a drawing by Johan Nieuhof of an exceptionally tall tower clad in porcelain tiles in the Chinese city of Nanjing, it consisted of twelve earthenware containers stacked vertically. The Tulip Pyramid, as it was called, was painted with ornate blue-and-white patterns similar to those on the Nanjing tower.

Mary’s sumptuous new vase fueled the popularity of Oriental ceramics in the Netherlands, and Dutch merchants commissioned Chinese porcelain makers to produce similar pieces and to modify the design of their traditional products to suit European taste. This exchange of ideas—and the verve with which each country imitated aspects of the other’s heritage—prompted a contemporary Chinese designer, Jing He, to commission two new Tulip Pyramids in 2016 as her graduation project from Design Academy Eindhoven in the Netherlands.

Jing’s objective was to explore the construction of China’s new design identity, and its impact on her own work and that of other Chinese designers of her generation.

Born in the southwestern city of Kunming in 1984, six years after China’s transition into a mixed economy, she has observed the evolution of the country’s new design culture from the outset. In 2003, Jing won a place to study product design at the prestigious Central Academy of Fine Arts in Beijing, but decided to study jewelry instead. Ten years later, she switched back by enrolling in a master’s course in contextual design at Eindhoven to analyze the social, cultural, and political impact of design.

Having decided to focus on the evolution of China’s new design identity in her graduation project, Jing researched its historic roots and recent development. She swiftly realized the significance of imitation as a defining element of Chinese design culture, past, and present, while noting the anxiety it generated—and how seldom it was discussed. Rather than ignoring this, Jing was determined to develop a new design methodology that would learn from and be inspired by China’s rich history of copying. She chose the Tulip Pyramid as an example of a transnational design hybrid, one steeped in imitation and the exchange of influences from country to country.

Jing shared her research on a Chinese messaging app, WeChat, with five Chinese designers of her age, all working in different disciplines. They included the conceptual designers Cheng Guo and Rongkai He, graphic designer Weiyi Li, ceramicist Dangdang Xing, and industrial designer Dawei Yang. Each was invited to design two layers of a new Tulip Pyramid based on Jing’s research and their WeChat discussions. The only stipulations were that they had to copy layers of Queen Mary II’s original 17th-century pyramid by adhering to the same sizes and to the blue-and-white palette.

Jing contributed two layers to that pyramid, and designed one of her own. In the second pyramid, she explored the influence of her adopted country on her design sensibility by appropriating the work of five contemporary Dutch designers: Maarten Baas, Hella Jongerius, Joep van Lieshout, Bertjan Pot, and Marcel Wanders.

Each of the two new Tulip Pyramids takes the form of a tower, roughly fifty-five inches high, made from twelve layers of a seemingly random assortment of objects, including an upturned trash can, digital screens, and a roll of tape, as well as strangely shaped chunks of plastic and prettily painted pots. The result looks undeniably odd, yet quietly purposeful and has a personal relevance for Jing. “I see myself as a Tulip Pyramid,” she said. “My origins are in China and I have been transformed in the Netherlands. What does that make me?”

Alice Rawsthorn is a London-based writer on design. She is the author of Hello World: Where Design Meets Life, published by Hamish Hamilton. Her next book, A Field Guide to Design, is to be published by JRP|Ringier in June 2018. 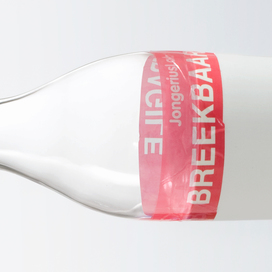