What looks like nebulous particulate matter in motion—forming, transforming, emptying out of one space to populate another—are the silhouettes of the loosely knotted hair of gopis, women cow herders and worshippers of the Hindu god Krishna. Appropriated from depictions in Indo-Persian miniature paintings, the gopis’ hair, cut out and removed from their bodies, becomes an alphabet in Pakistani-born artist Shahzia Sikander’s language of abstract art.

The gopis are symbolic of an unconditional, unflinching worship that becomes its own reward. Naïve and lovelorn, gopis find their way into the subject matter of a genre of miniature art that, rooted in Persian tradition, dates back to Ottoman Turkey and Mughal India. These paintings were illustrations in manuscripts that told the tales of kings and their kingdoms, palaces, courts, culture, justice, and wealth. Krishna sunbathing under mulberry trees and teasing his lovers was a favorite theme. A particular stylization of the body, garments, foliage, and architecture, as well as the thin bristle-brush strokes and natural dyes make the miniature a distinctive form of art. Yet below the surface of the blissful serenity that is often portrayed in these works, there is a hint of a political, often patriarchal narrative. This is what Sikander’s work subverts.

The gopis' hair fills Sikander's canvas in Parallax, a fifteen-minute-long film with music by composer Du Yun, comprised of a series of hand drawings that have been digitally animated. Inspired by the international power tensions of the Strait of Hormuz, located between Iran and the Middle East, the film is an abstraction of the geopolitical maritime history of the strait. Parallax was created for the Sharjah Biennial in 2013, then traveled to Sweden, Copenhagen, Korea, and Bangladesh and had its United States premiere at the Linda Pace Foundation, in San Antonio, Texas.

Sikander studied miniature painting at the National College of Arts, Lahore, in Pakistan in 1987-90, and, despite its being an art form traditionally dominated by male master artists, became one of the first women teachers of the art in Lahore. “Back then, the emphasis was on learning, so you lose yourself in studio work. But I always felt that critical analysis was missing,” she says, which is the route she chose for her own work, plying criticality from this traditional model of art. The gopi and Parallax are children of that labor, born over a period of almost twenty years in a gopi-like commitment to method. “Miniature art has the potential to create new associations. As soon as it exists without its sources, it conjures up new meanings,” she states.

Her associative and methodological leaps are quite magnificent. A miniature painting’s dimensions are usually three inches by three inches. Parallax is expanded to twelve by sixty feet. A miniature is part of a manuscript, furthering a storyline. Sikander in turn isolates one specific element from within a painting from within a book, and creates new, unrecognizable forms that appear both cellular as well as interstellar, micro as well as macro, underwater as well as cosmic. The Strait of Hormuz, a physical, geographical location that is mapped via an emotional occupation of a region, and the Arabic poetry recitation accompanying Parallax may or may not be meaningful for a viewer, yet they relate on some sensorial, human level. The gopi and Parallax are as distant from a miniature painting as can be yet they consist of it at an anatomical level. Sikander questions, “How much time and distance do you have to travel before the translation becomes the original?”

As distinct as Sikander’s visual aesthetic is, her work seems to live most powerfully in her method. “Shifting scale, format, language, and media are all different tests, or explorations out in public, out in intellectual space, to see how meaning can alter. It allows unexpected possibilities to arise.” Sikander methodically dismantles what is culturally accepted and reassembles it to create new associations. The reassembly has a method of its own. “I’m interested in juxtaposing disparate notions because I believe that’s one way of being less complacent,” she says.

In form, Sikander seems to draw from the typology of Krishna, the god that preserves life. However, in her method a different philosophy of godhead echoes. In chipping away at one deep-rooted association after another and taking apart archetypes, in cutting away bodies to build anew, disrupting form to create the formless, and multiplying units to create a flow of energy, Sikander instead—in a destruction of one kind of matter that allows it to metamorphose into another—evokes Shiva, the god of destruction, albeit a destruction that is essential to all creation.

First shown in 2013 at the Sharjah Art Biennial, Parallax has since traveled to Umea, Copenhagen, Dhaka, Seoul, Bilbao, Boston, Moscow, and San Antonio. It’s currently on view at the Asia Society Hong Kong and the Hong Kong Maritime Museum, and is scheduled to travel to the Minsheng Art Museum in Shanghai and MAXXI in Rome. 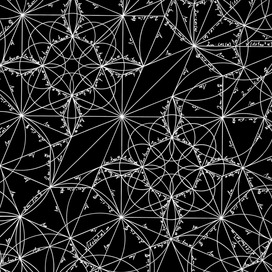 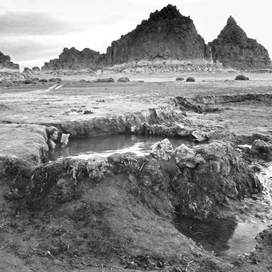 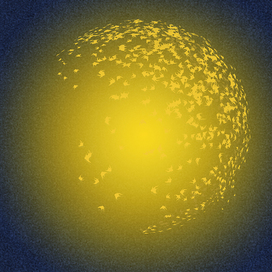